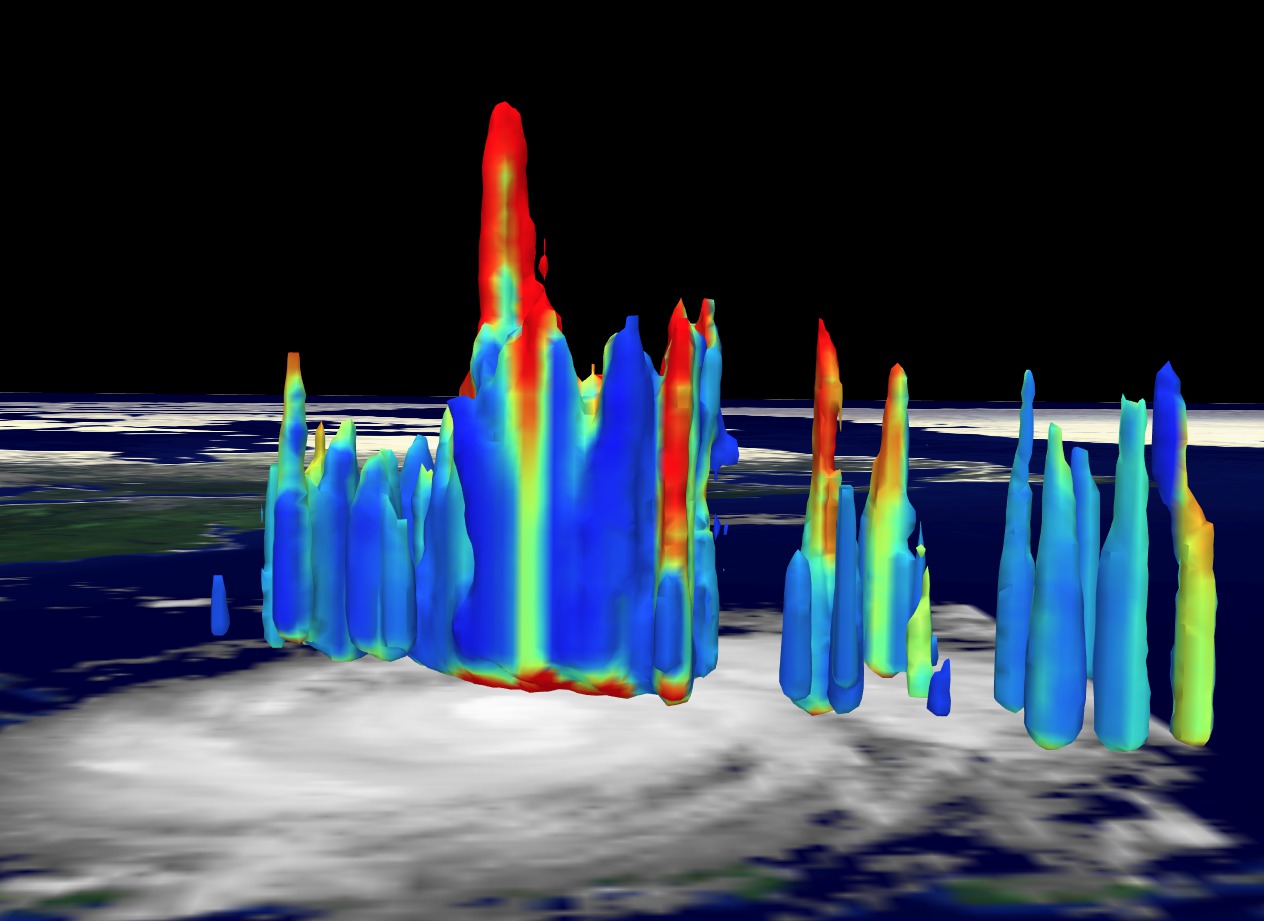 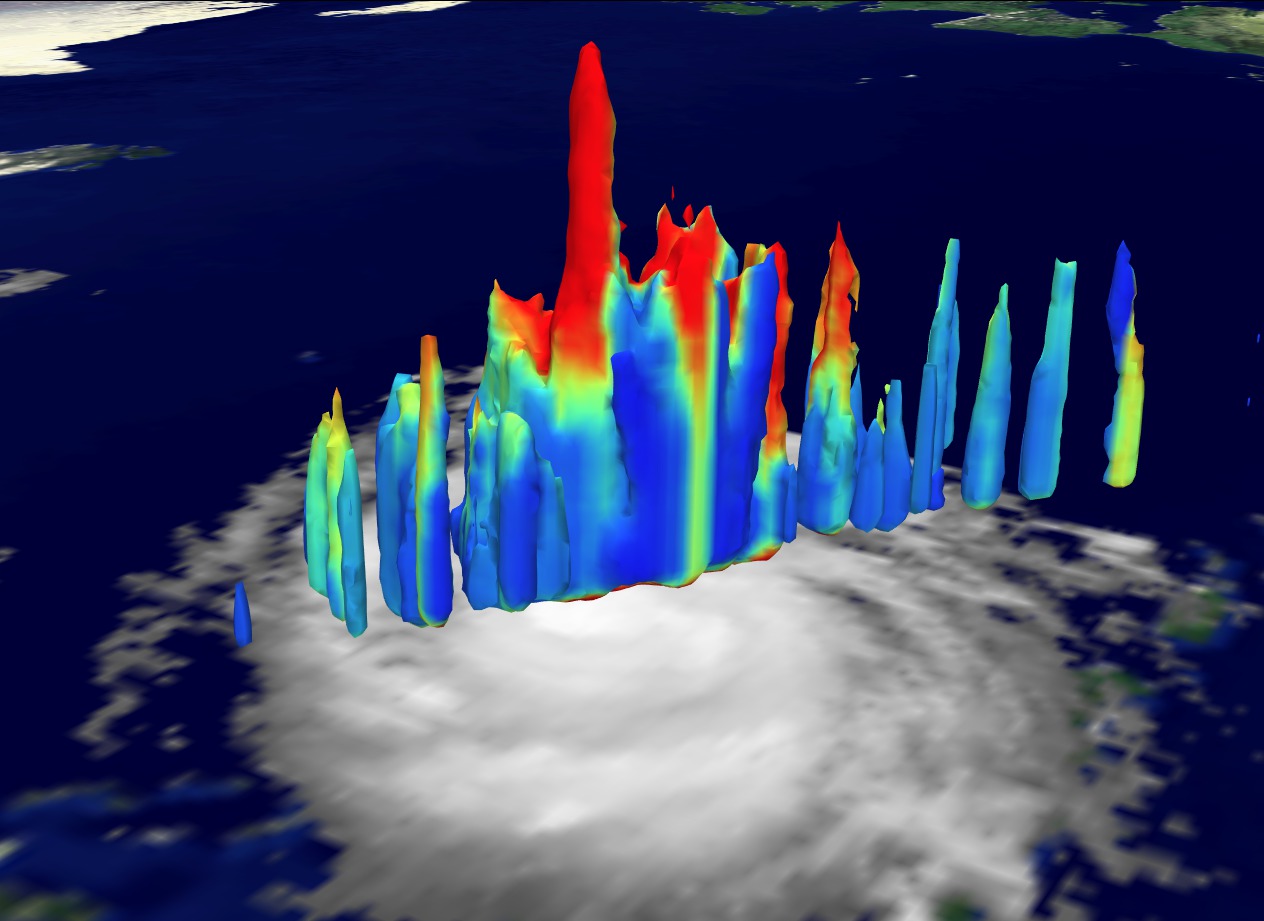 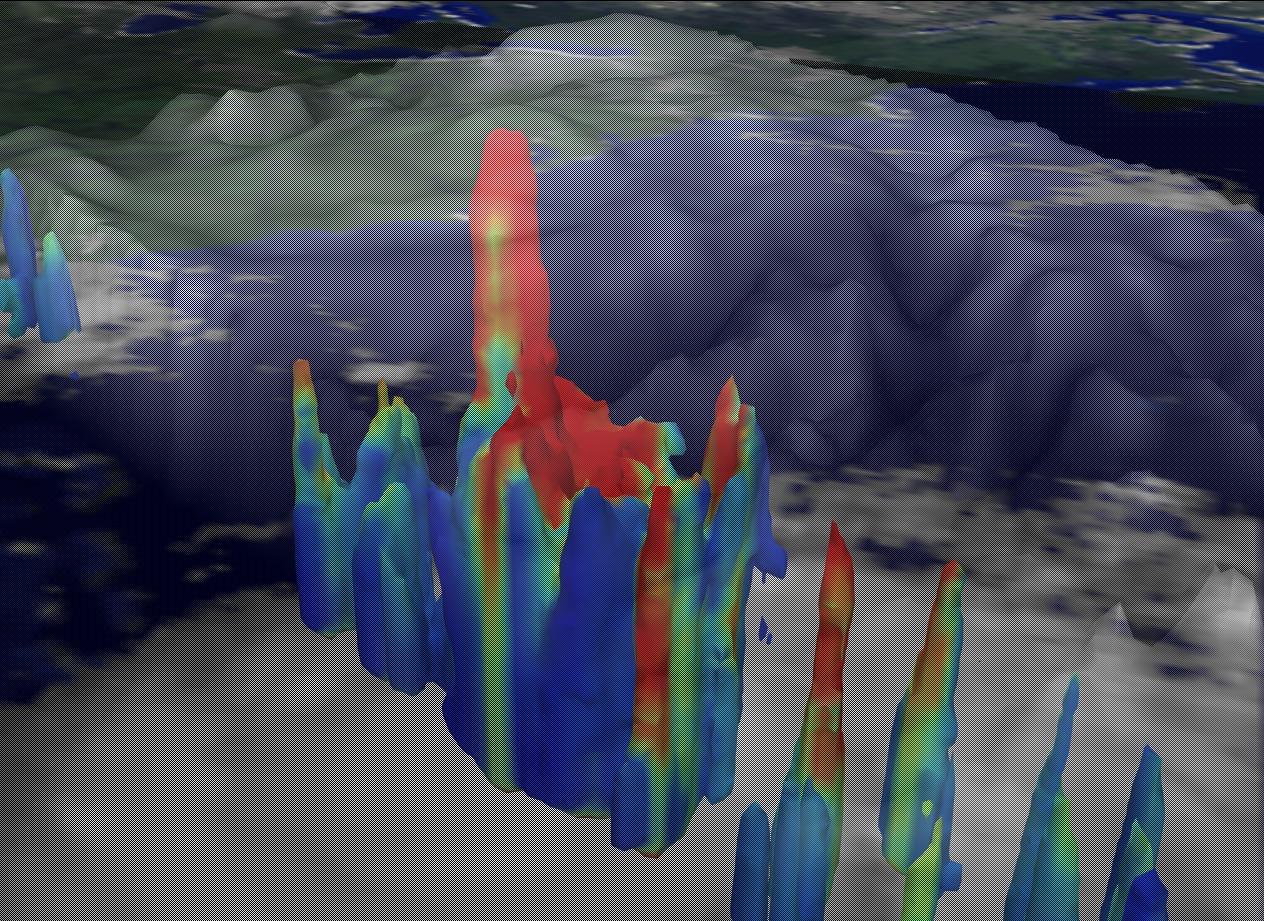 Download Options
A high angle view of the 18 km Hurricane Bonnie cloud tower, looking through the TRMM optical image of the hurricane 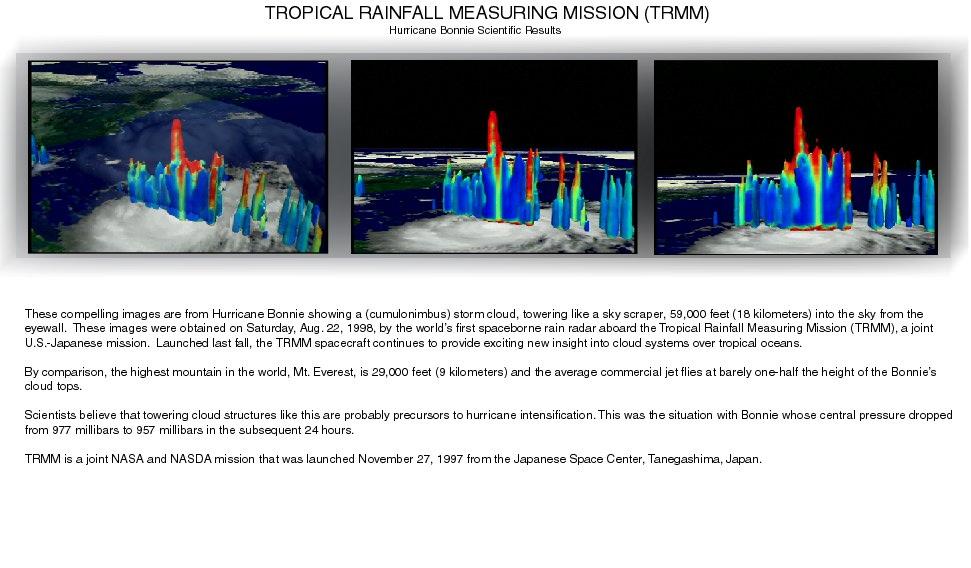 Download Options
An image with three views of the Hurricane Bonnie tower along with a descriptionof the science result. 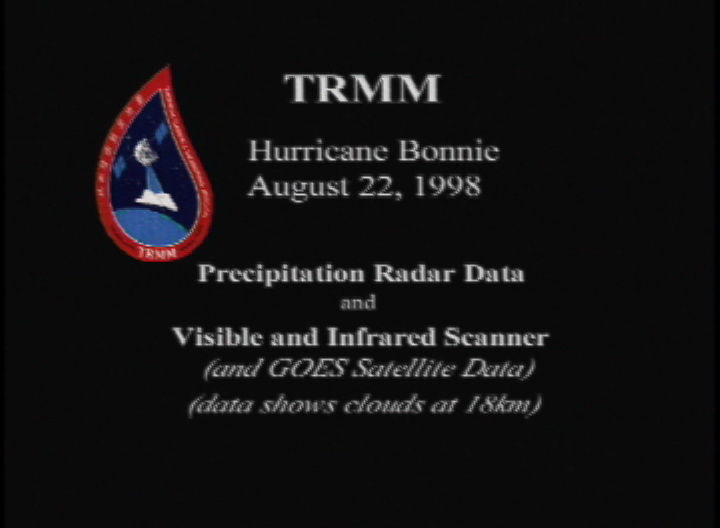 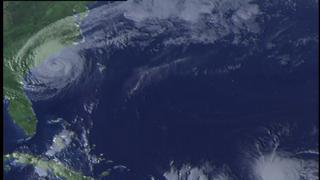 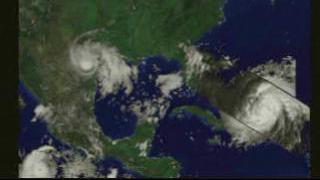 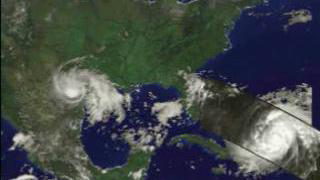