Venus: Forgotten Sister Planet or Our Next Frontier?

Released on April 23, 2020
Download Options
Dr. James B. Garvin (NASA Goddard Chief Scientist) tells the story of Venus, from early humans to today’s spacecraft, illuminating what may soon be possible and discussing the possibilities for discovery as rich as any in the universe. He believes that deciphering the story which Venus is waiting to tell us will not be easy, but in the words of a US President at the dawn of the space age, we will explore not because it is easy, but because it is “hard”. By exploring our neglected sister (Venus), we will never wait to wonder. Her secrets will inspire and catalyze new understanding of our home world, and impact our destiny as spacefaring people. 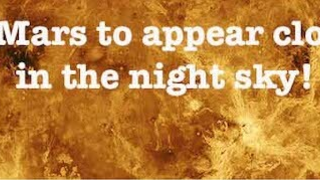