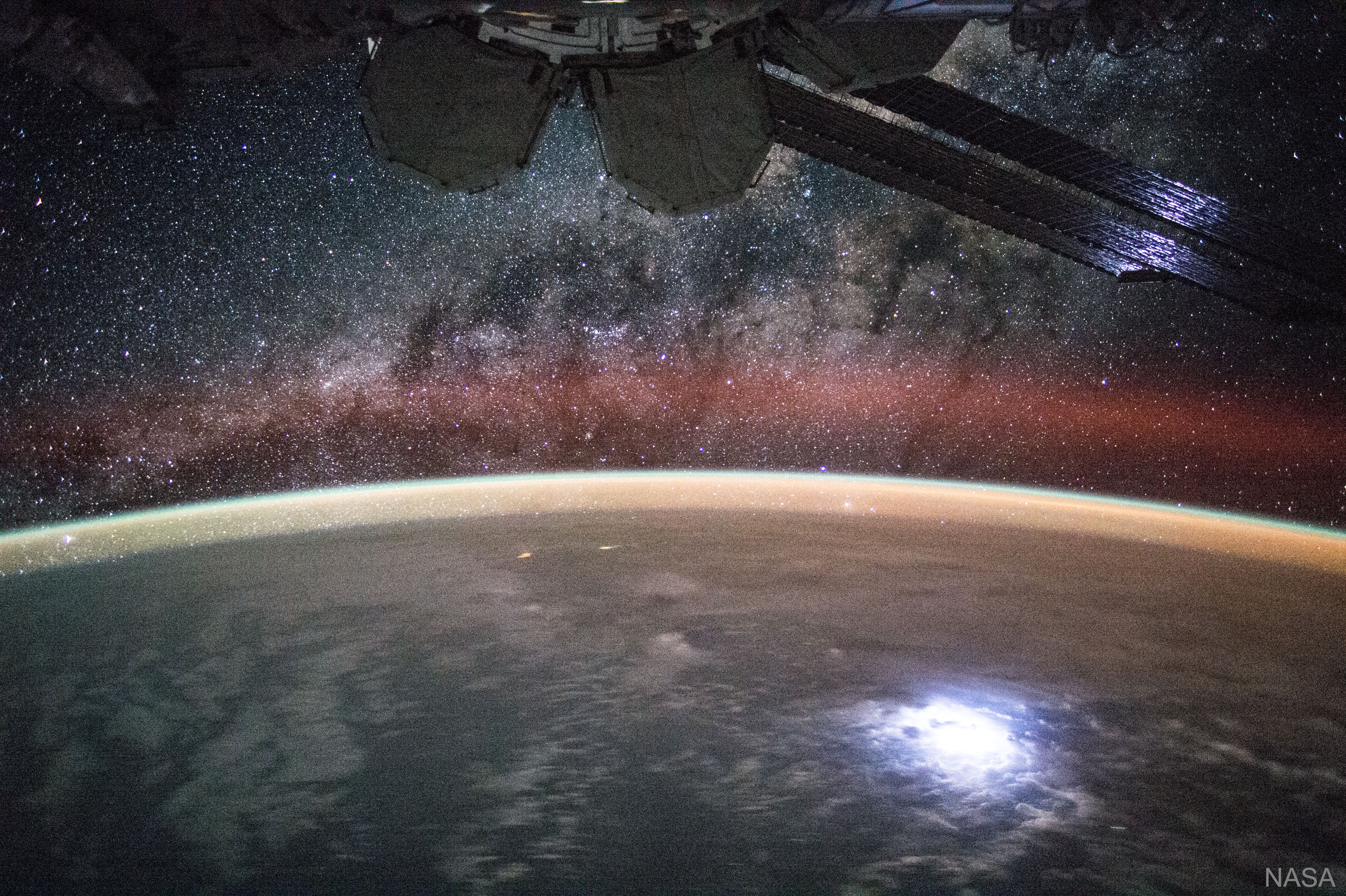 How many of these can you find in this photograph: an aurora, airglow, one of the oldest impact craters on the Earth, snow and ice, stars, city lights, and part of the International Space Station? Most of these can be identified by their distinctive colors. The aurora here appears green at the bottom, red at the top, and is visible across the left of image. Airglow appears orange and can be seen hovering over the curve of the Earth. The circular Manicouagan Crater in Canada, about 100 kilometers across and 200 million years old, is visible toward the lower right and is covered in white snow and ice. Stars, light in color, dot the dark background of space. City lights appear a bright yellow and dot the landscape. Finally, across the top, part of the International Space Station (ISS) appears mostly tan. This image was taken from the ISS in 2012. 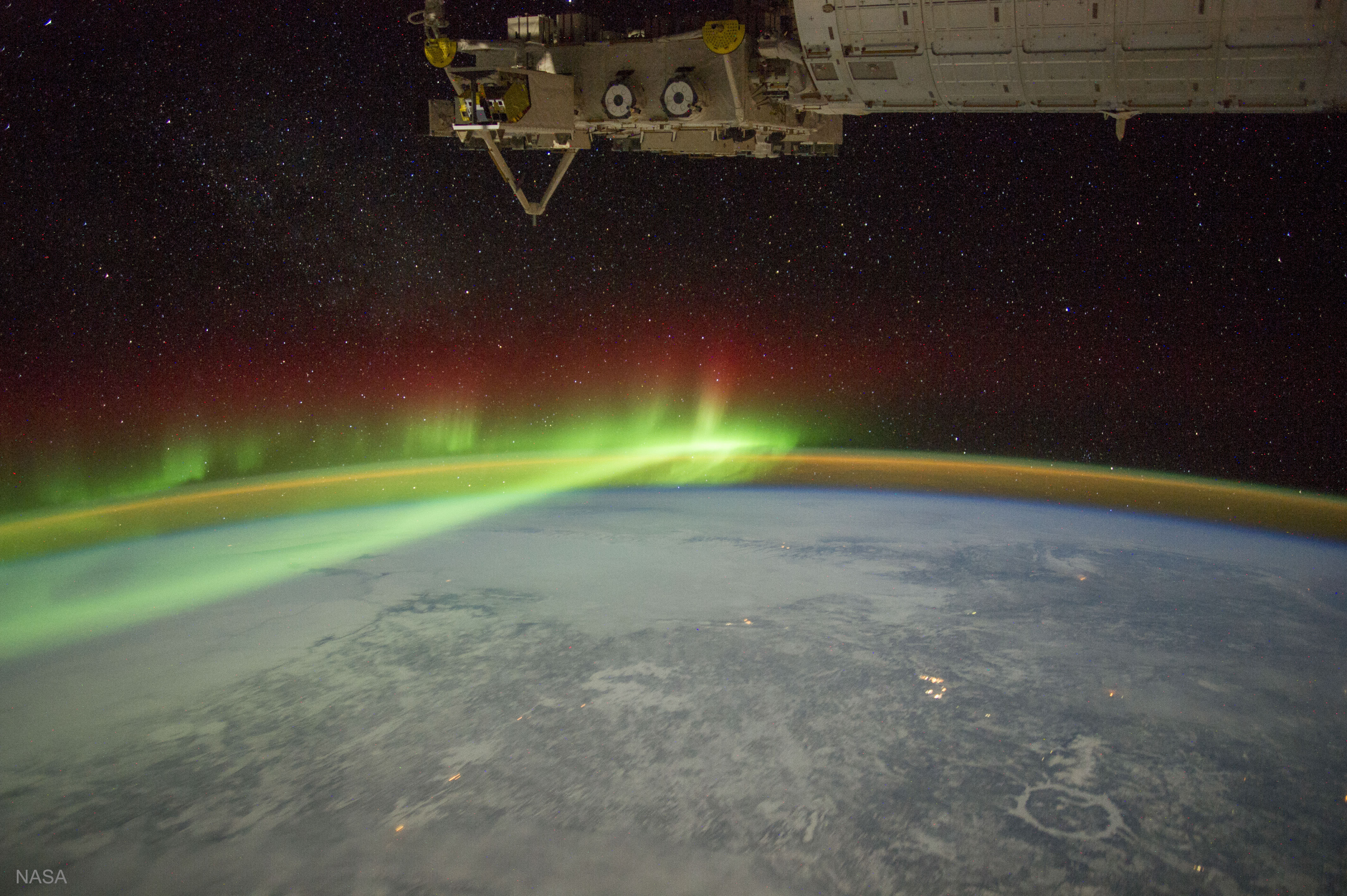 If you could circle the Earth aboard the International Space Station, what might you see? Some amazing vistas, one of which was captured in this breathtaking picture in mid-2015. First, visible at the top, are parts of the space station itself including solar panels. Just below the station is the band of our Milky Way Galaxy, glowing with the combined light of billions of stars, but dimmed in patches by filaments of dark dust. The band of red light just below the Milky Way is airglow -- Earth's atmosphere excited by the Sun and glowing in specific colors of light. Green airglow is visible below the red. Of course that's our Earth below its air, with the terminator between day and night visible near the horizon. As clouds speckle the planet, illumination from a bright lightning bolt is seen toward the lower right. Between work assignments, astronauts from all over the Earth have been enjoying vistas like this from the space station since the year 2000. 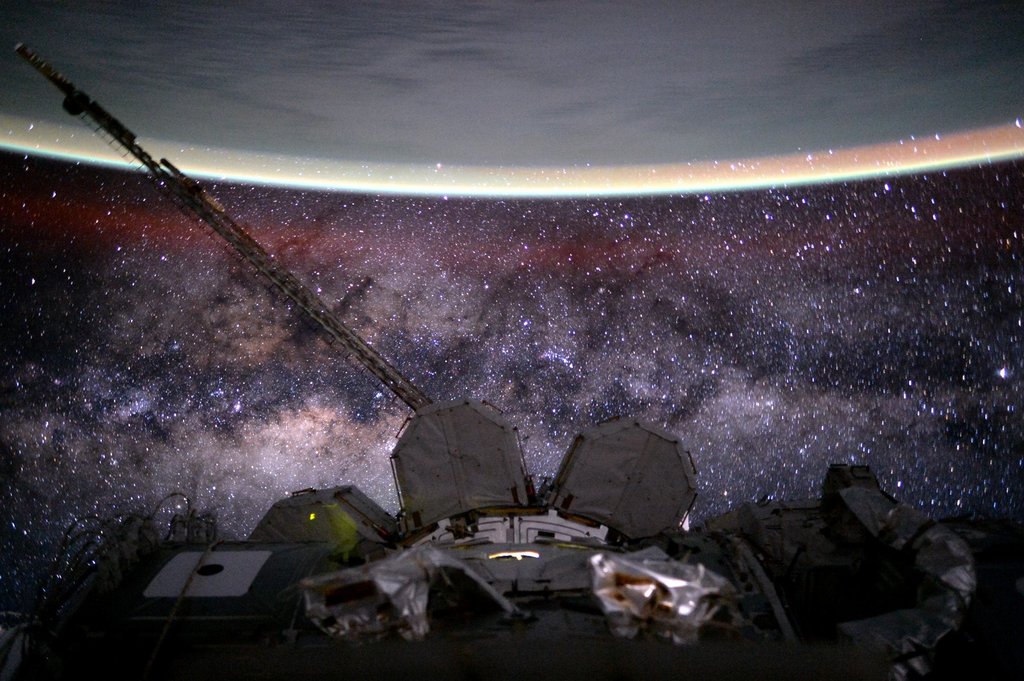 Since November 2000, people have been living continuously on the International Space Station. To celebrate humanity's 15th anniversary off planet Earth, consider this snapshot from space of our galaxy and our home world posing together beyond the orbital outpost. The Milky Way stretches below the curve of Earth's limb in the scene that also records a faint red, extended airglow. The galaxy's central bulge appears with starfields cut by dark rifts of obscuring interstellar dust. The picture was taken by Astronaut Scott Kelly on August 9, 2015, the 135th day of his one-year mission in space. 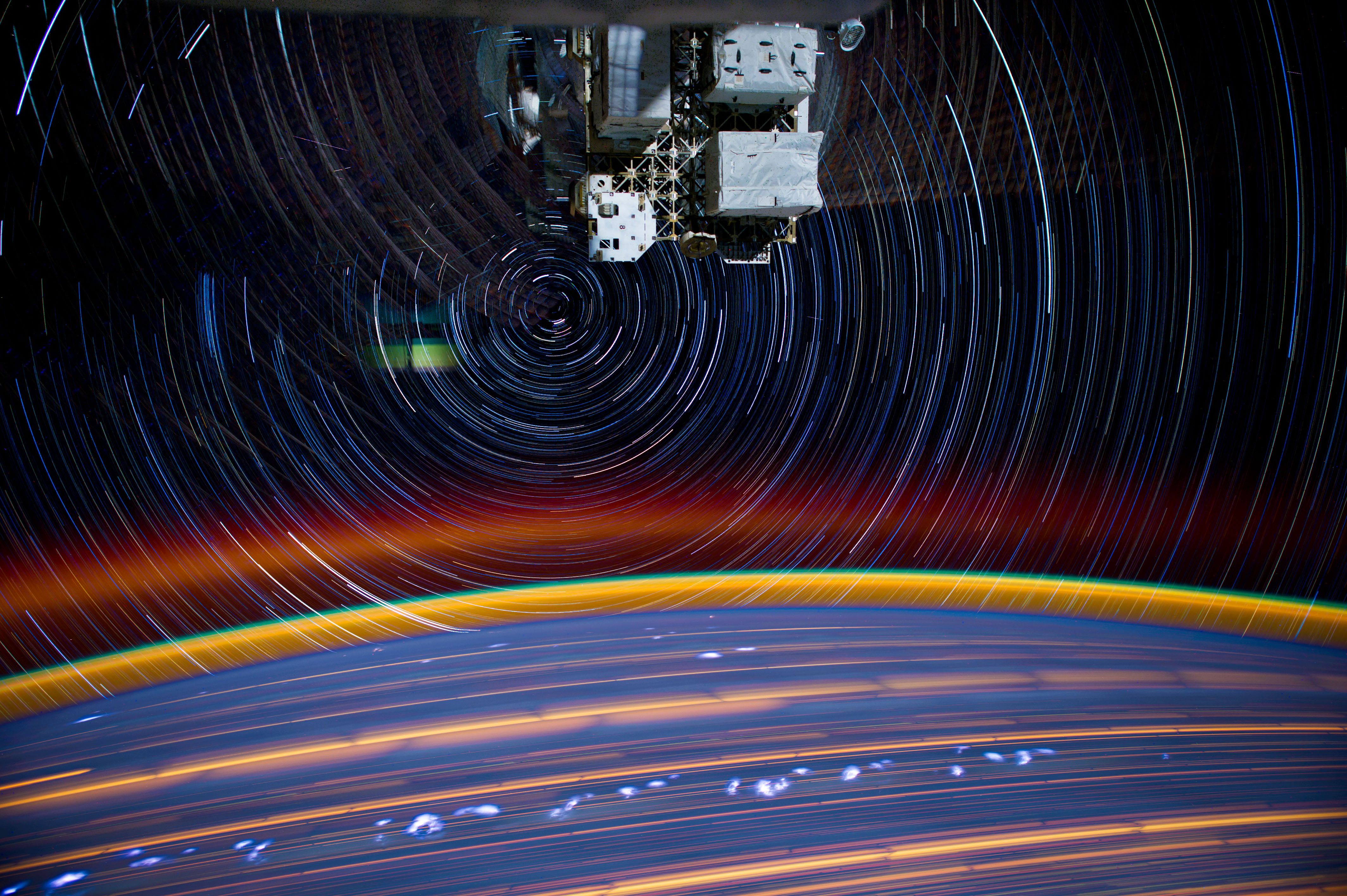 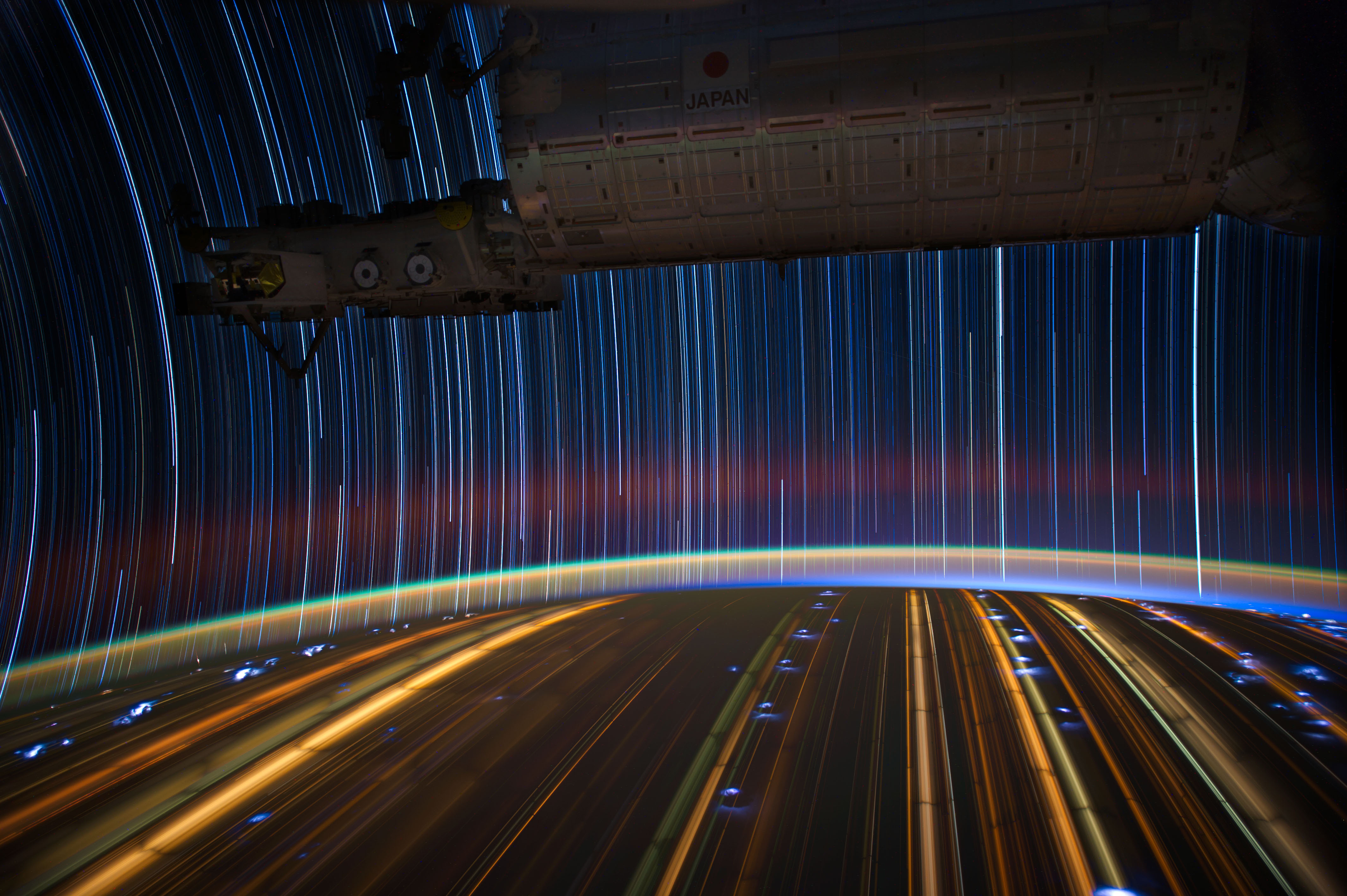 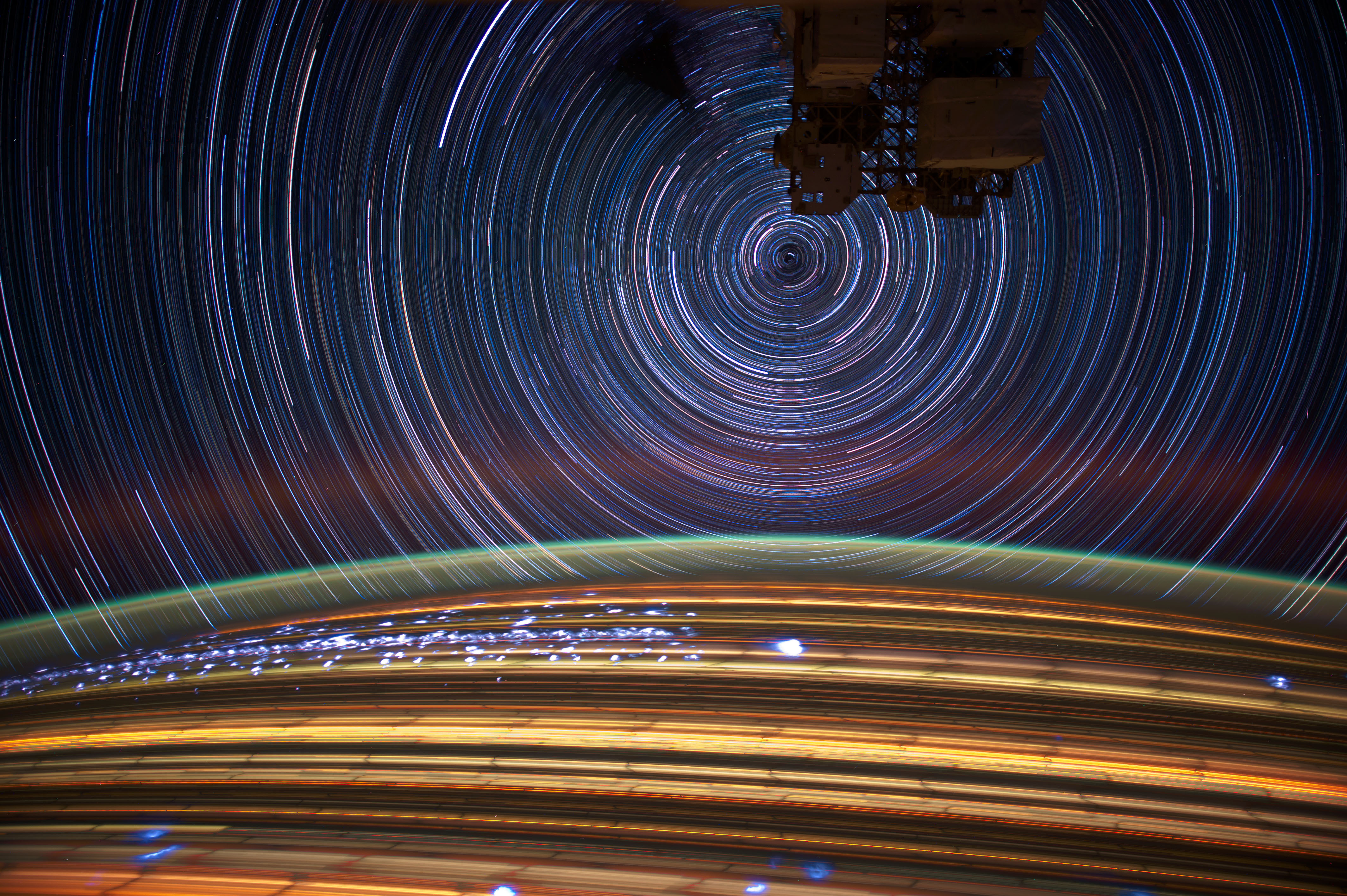 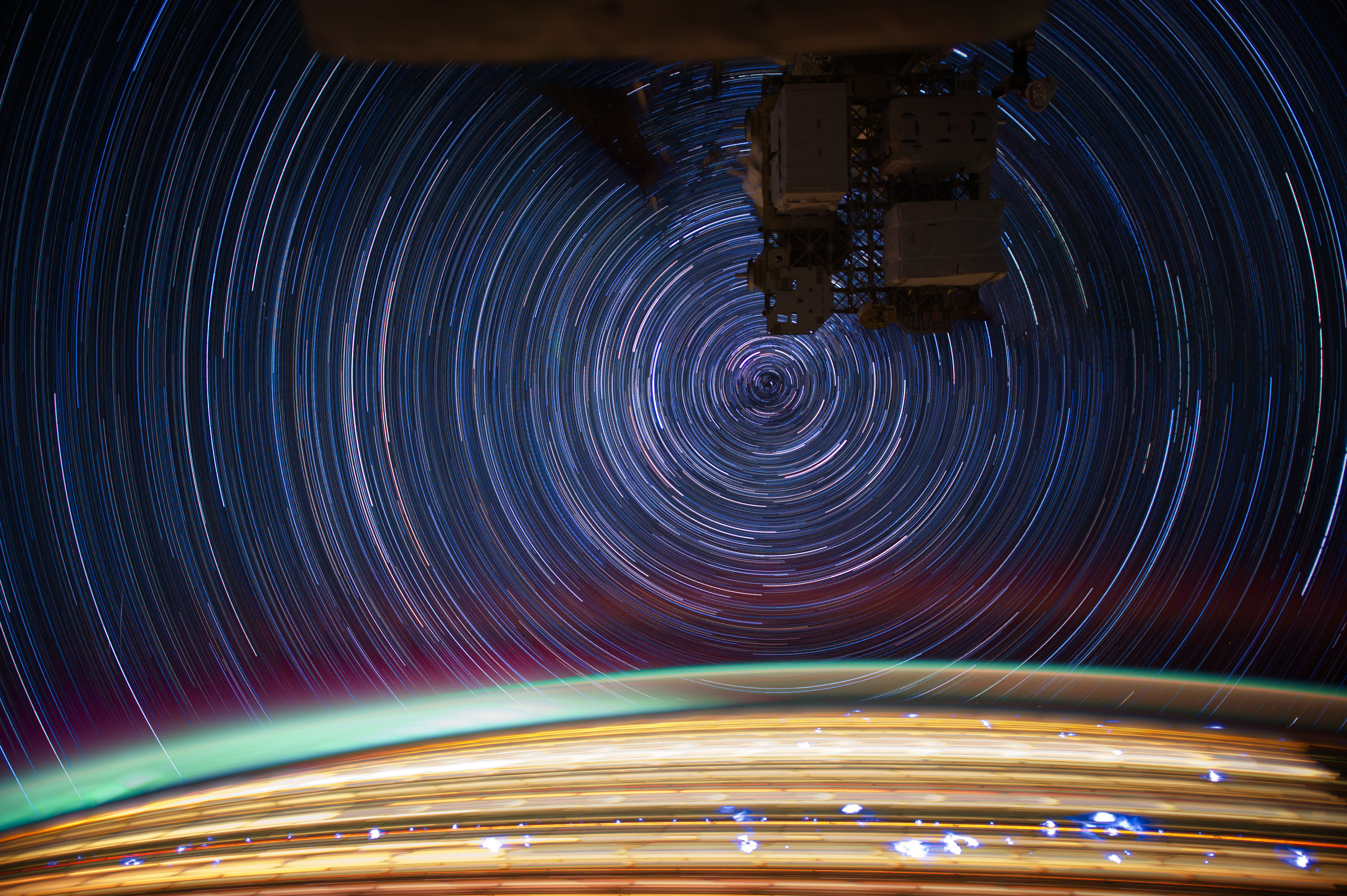 Africa and Mideast at Night

Halfway across the World

Over the Mediterranean Sea

The Milky Way and Storms over Africa

Milky Way on the Horizon

Red and green swaths in the atmosphere, known as airglow, are seen in this video of Earth’s limb shot from the International Space Station.