The Storm That Missed Earth 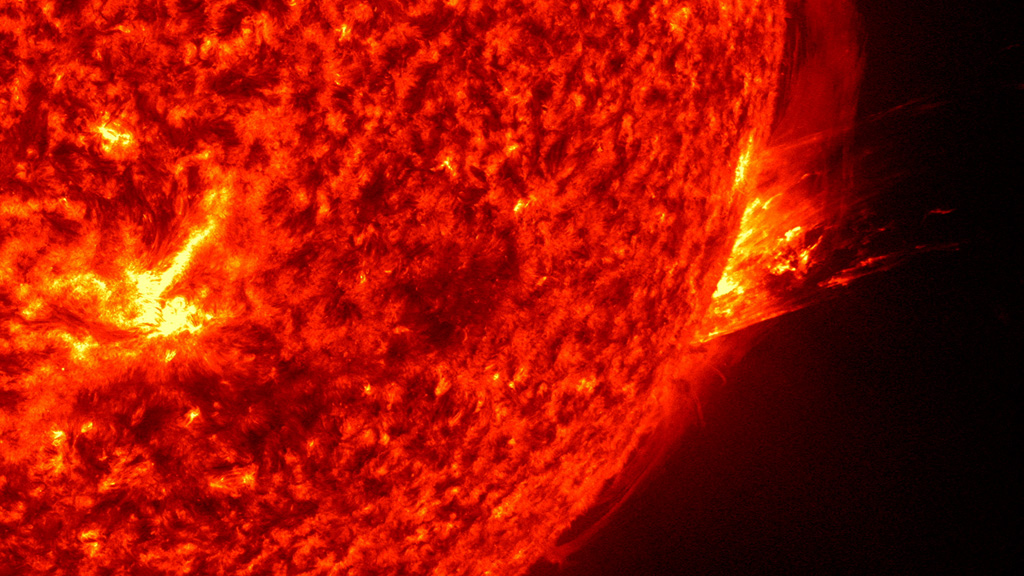 Download Options
The big solar storm of 2012 was one for the record books.
Download Options
Explore how NASA observatories worked together to help scientists track the journey of a massive solar eruption in this video. 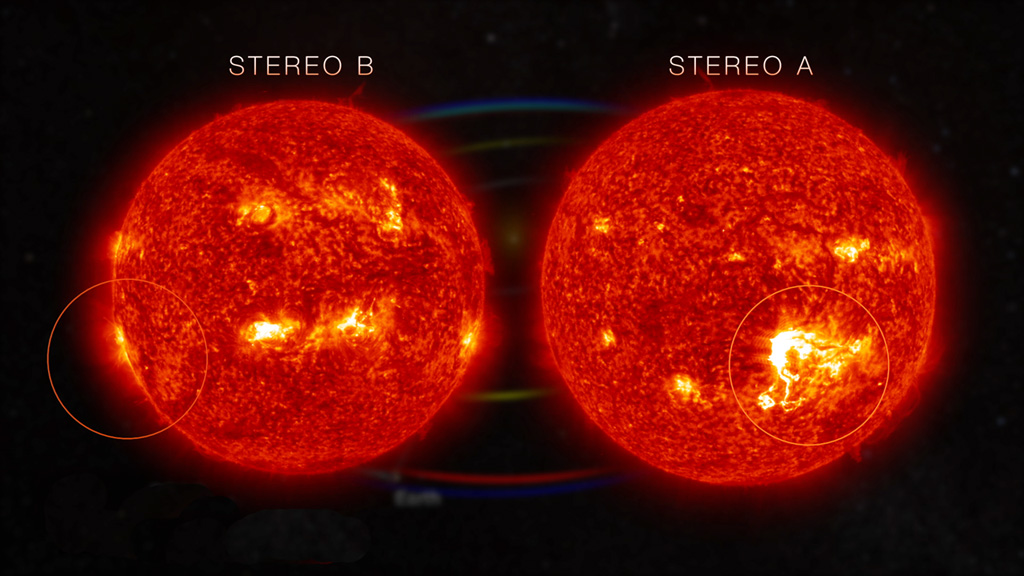 Download Options
Images of the July 23, 2012, coronal mass ejection, or CME, captured by NASA's STEREO A and B spacecraft. 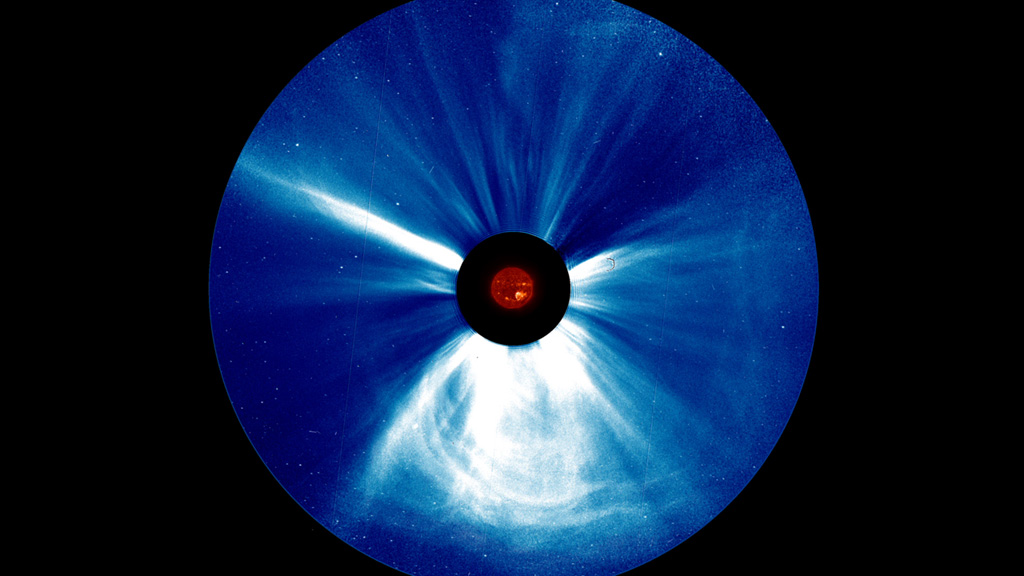 Download Options
STEREO A tracked the CME (white) as it left the sun and traveled through the extended solar atmosphere (blue). 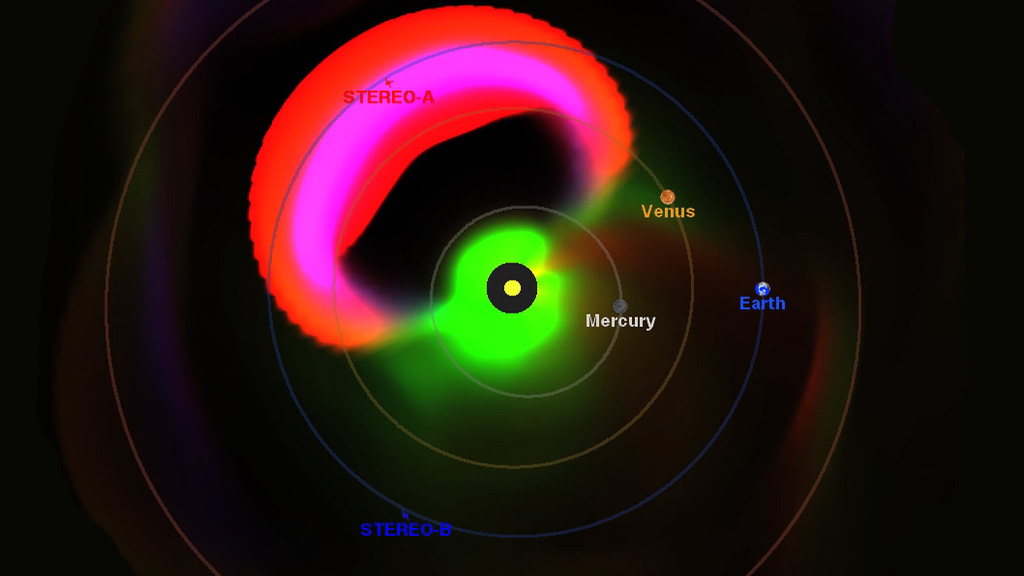 Download Options
A typical CME travels at about 1 million mph. This model of the event shows the CME (red) speeding in the direction of STEREO A at 6.7 million mph. 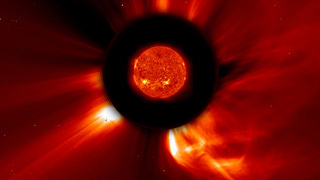 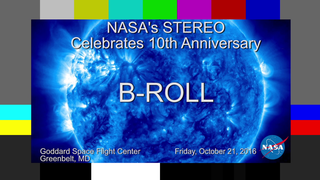