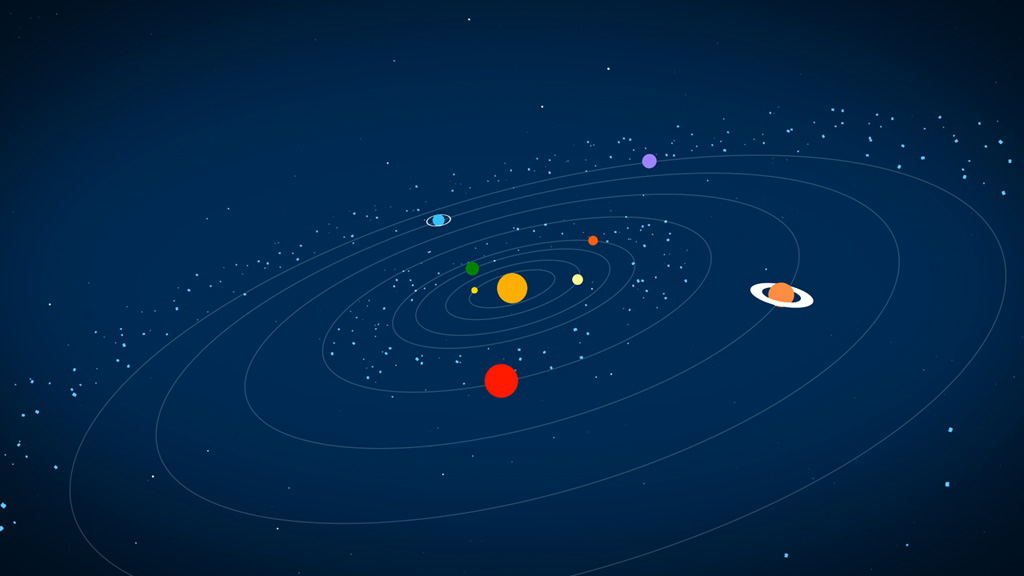 Download
Discover how light from the sun can change the path of an asteroid.
Download
Find out more about the Yarkovsky effect and asteroid Bennu in this video. 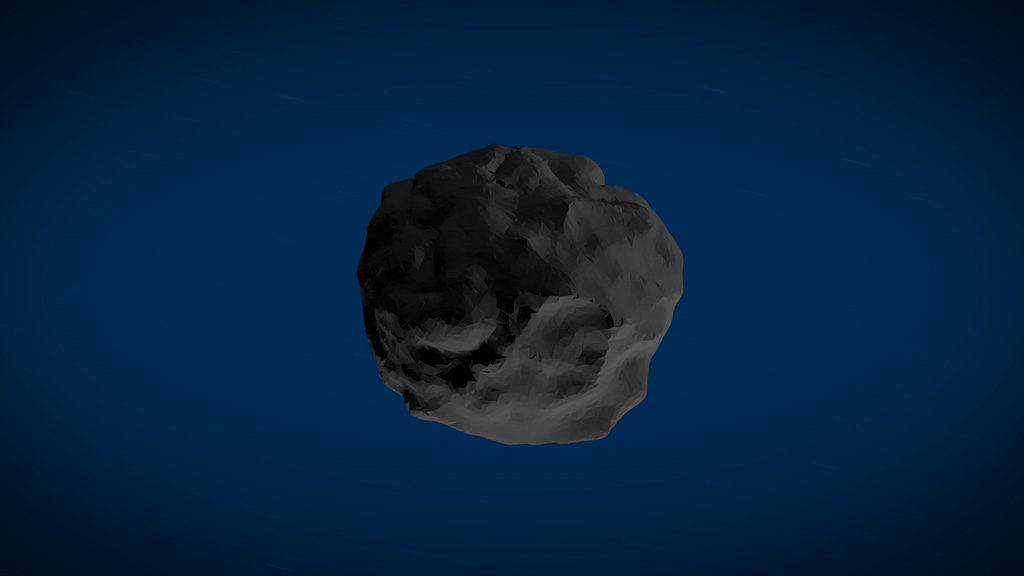 Download
Bennu is a rotating space rock that circles the inner solar system in the main asteroid belt. 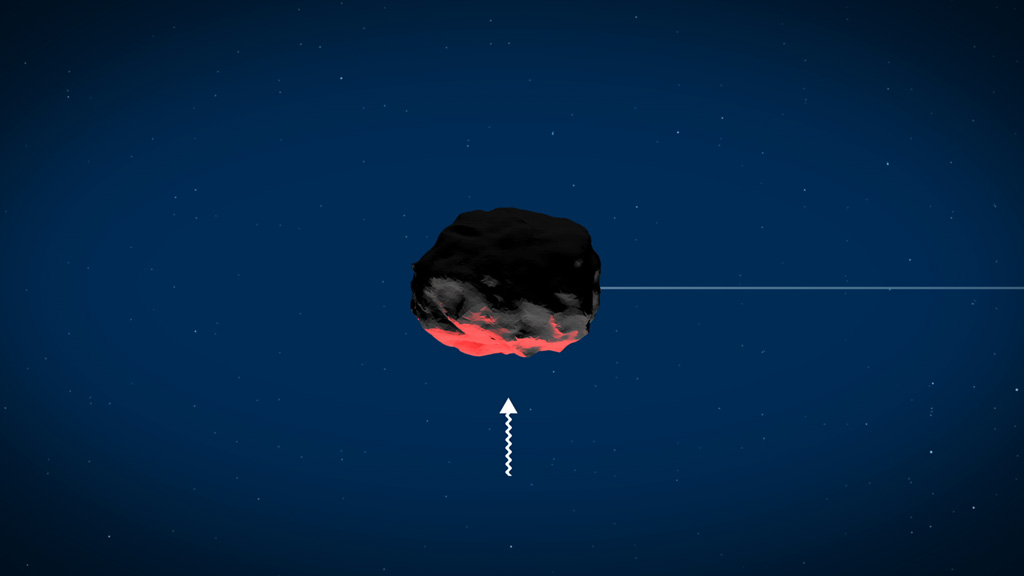 Download
As the asteroid travels through space, its illuminated surface is warmed by heat (white arrow) from the sun. 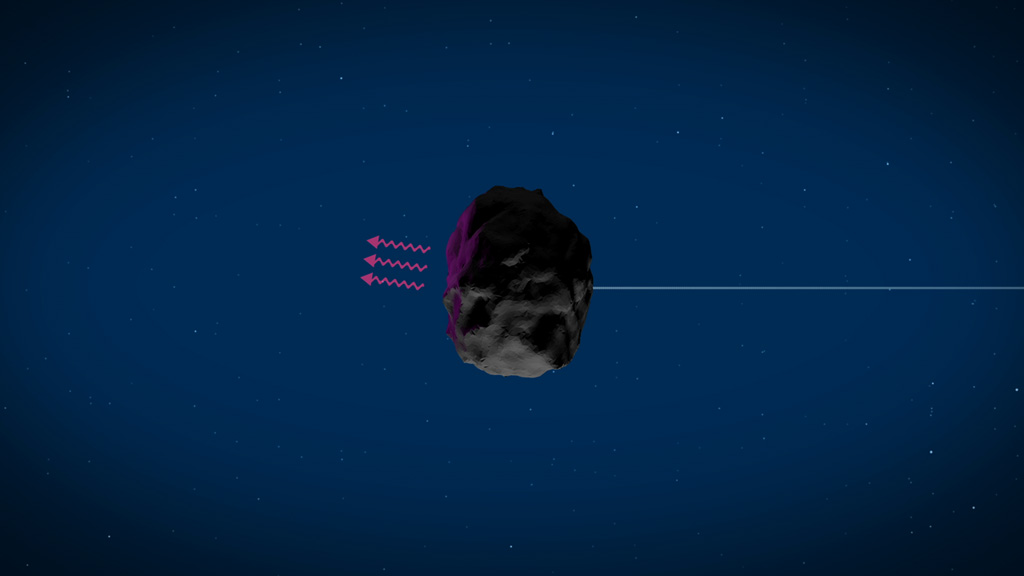 Download
As the surface cools, the emitted heat (purple arrows) exerts a small thrust that can modify the asteroid's trajectory over time. 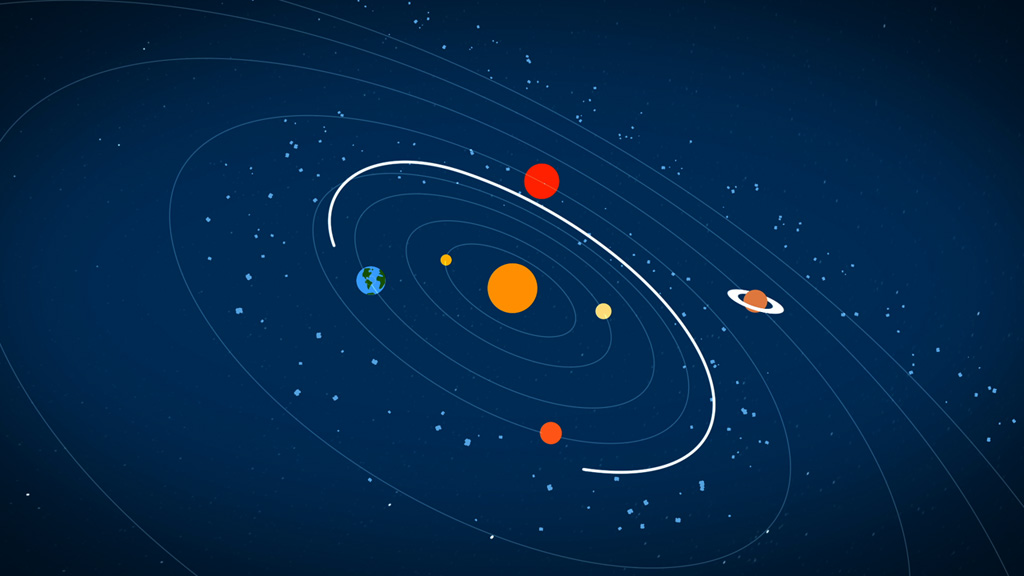 Download
Observations from NASA’s OSIRIS-REx spacecraft will help scientists better predict how the asteroid might move through the solar system.