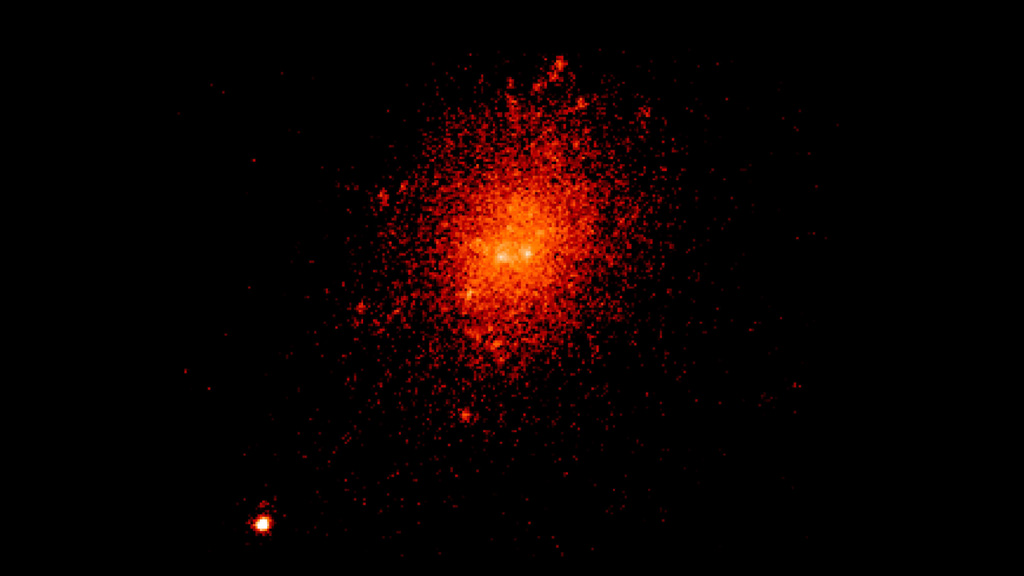 Download
Scientists probe an exotic object in a distant galaxy.
Download
See how colliding galaxies could launch a newly formed supermassive black hole from their combined core in this simulation. 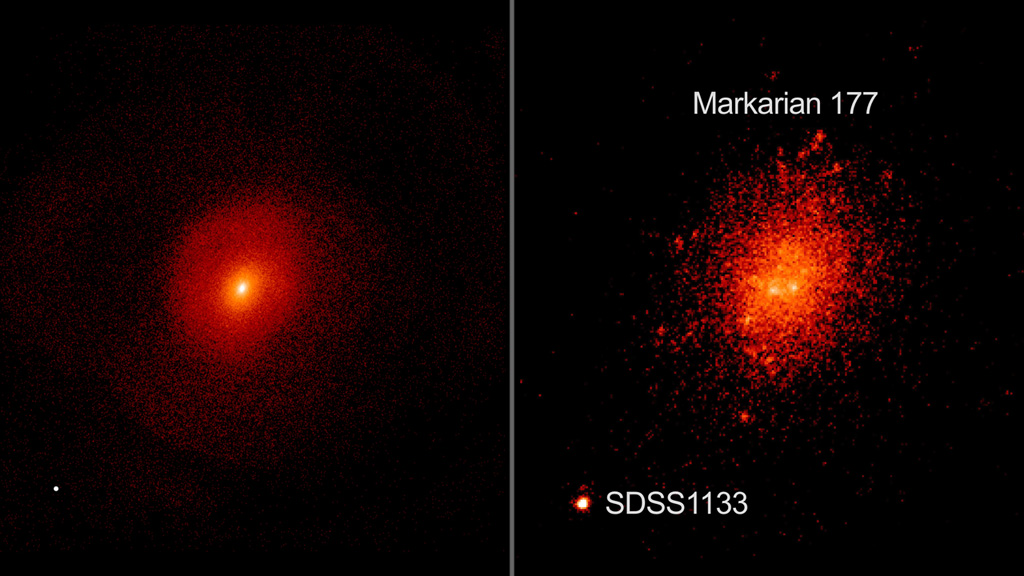 Download
An image of Markarian 177 and SDSS1133 taken by the Keck II telescope (right) is shown beside the result of the galaxy merger simulation (left). 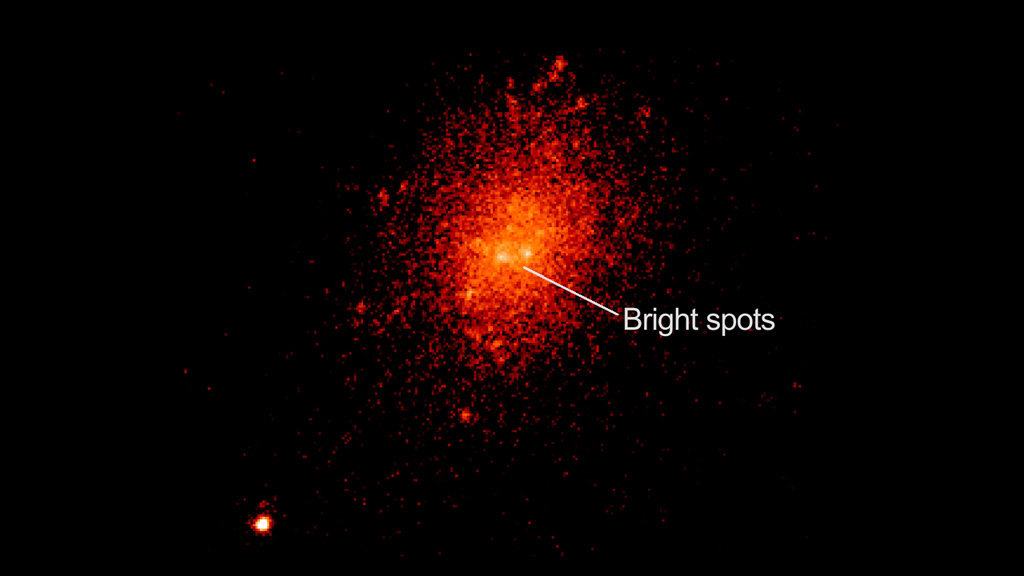 Download
Twin bright spots in Markarian 177 are consistent with recent star formation, a disturbance that hints this galaxy may have merged with another. 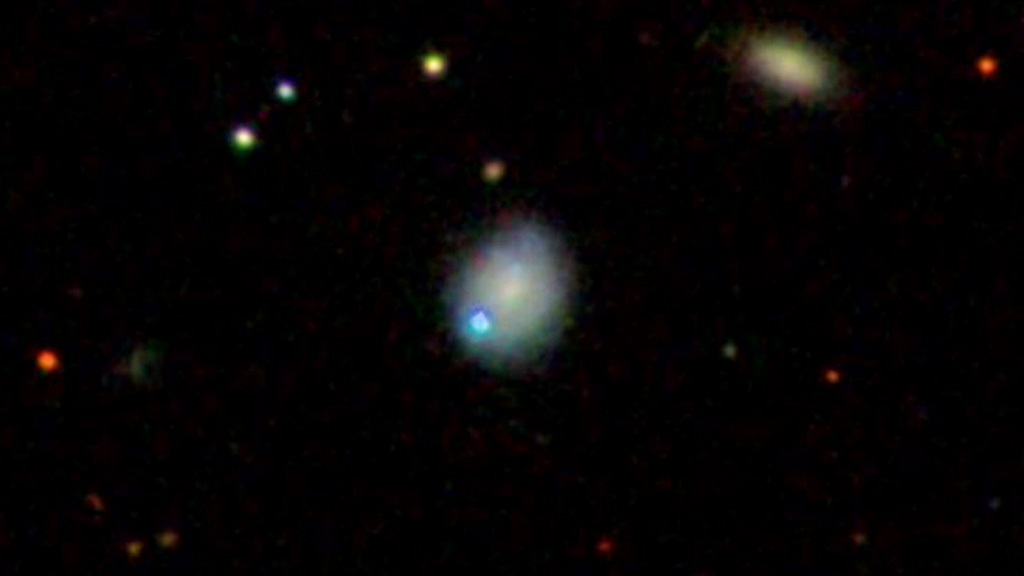 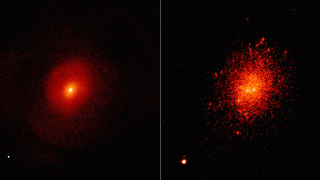