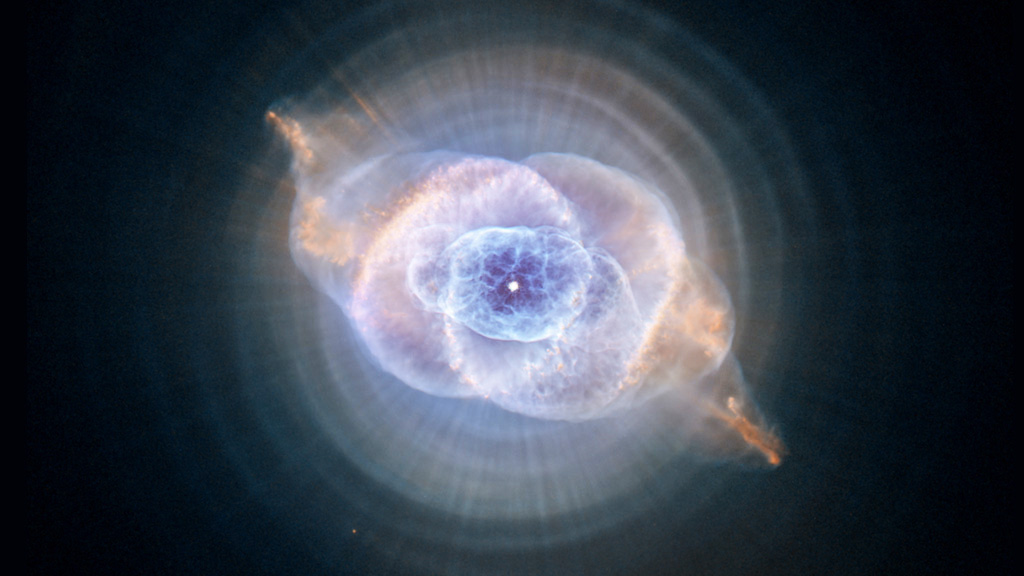 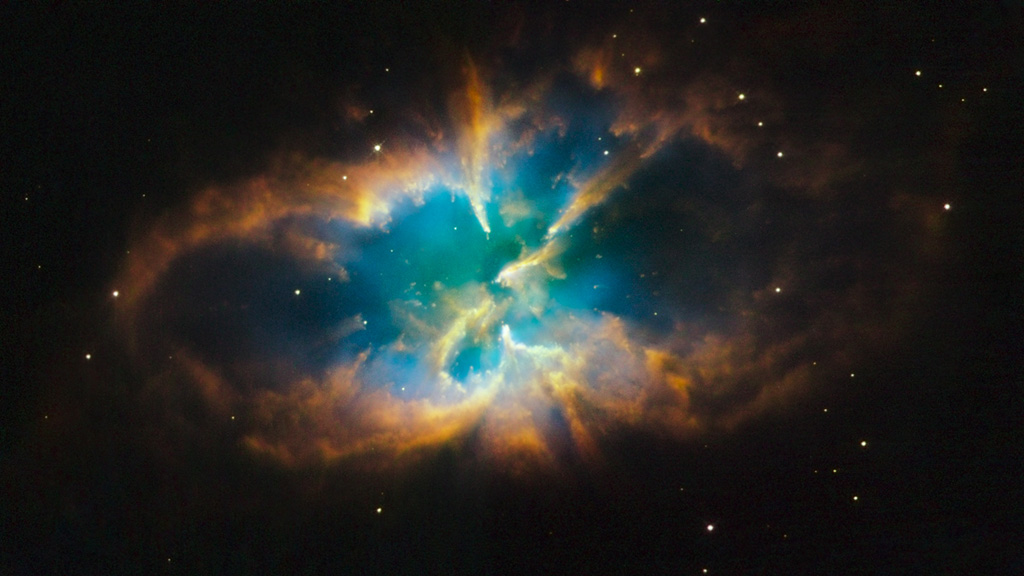 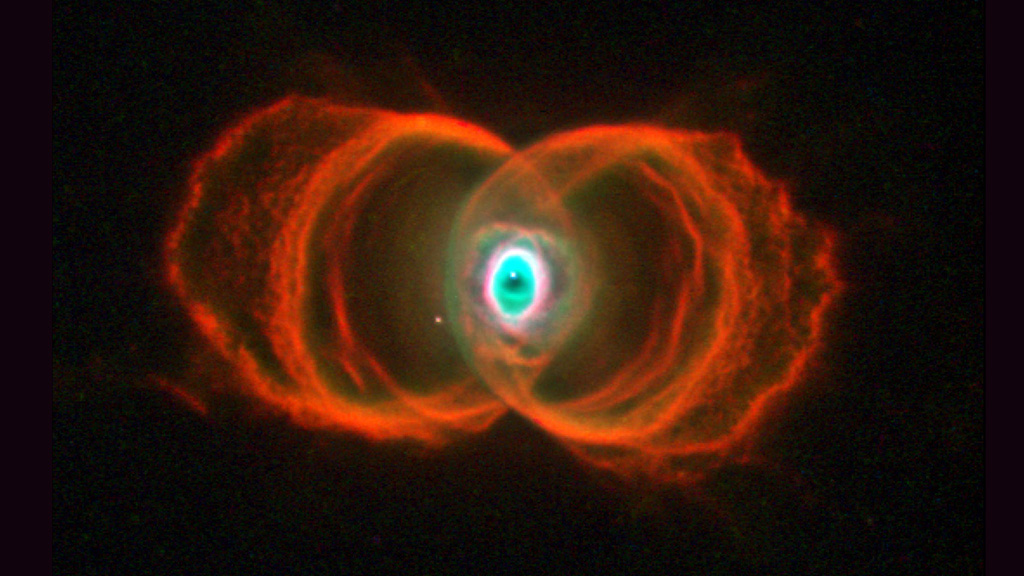 Download Options
Before Hubble, scientists could not make out the details of the delicate rings in the Hourglass Nebula. 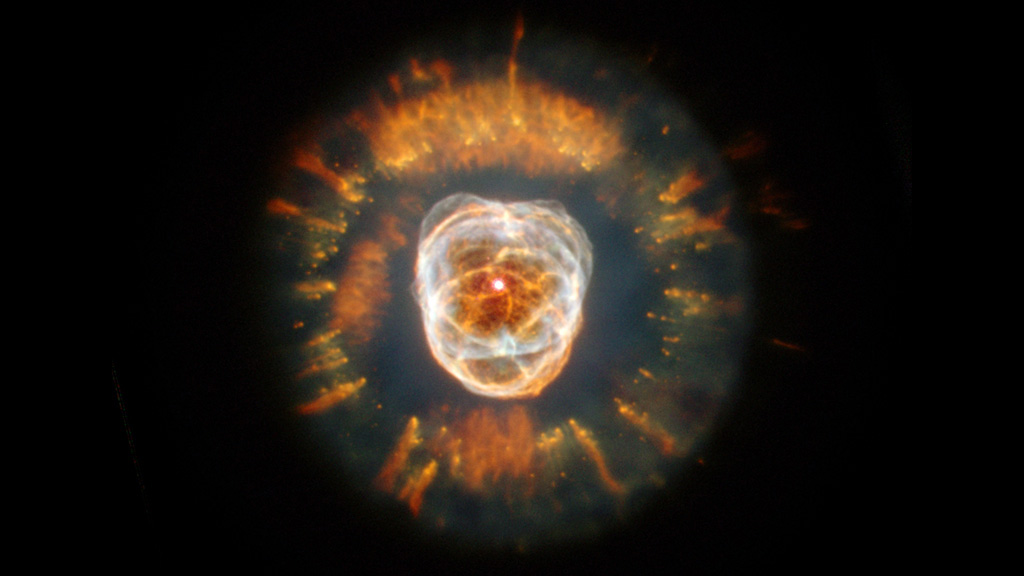 Download Options
Scientists suspect that comet-like blobs with streaming tails give rise to the furry-looking outer layers of the Eskimo Nebula. 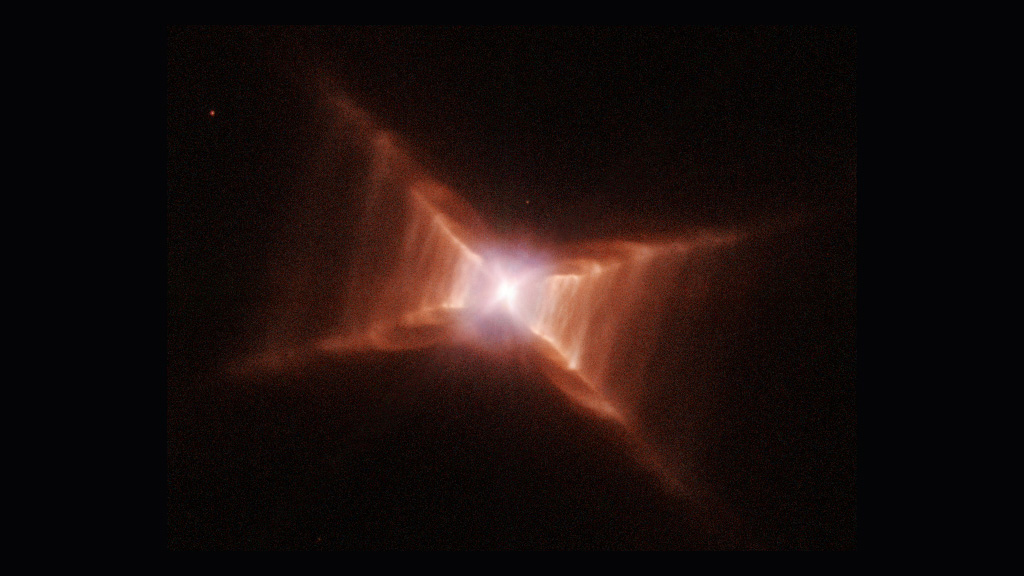 Download Options
The center of Red Rectangle is a pair of dying stars, orbiting one another in a dense disk of material that funnels dust and gas outward. 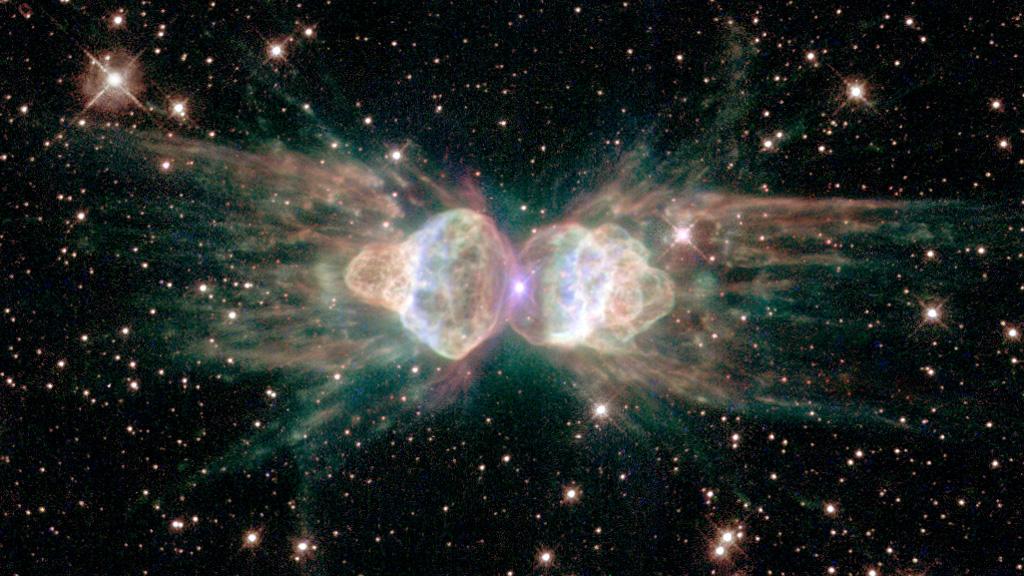 Download Options
Scientists believe a pair of stars might also be responsible for the multiple lobes of gas spewing from the center of the Ant Nebula.