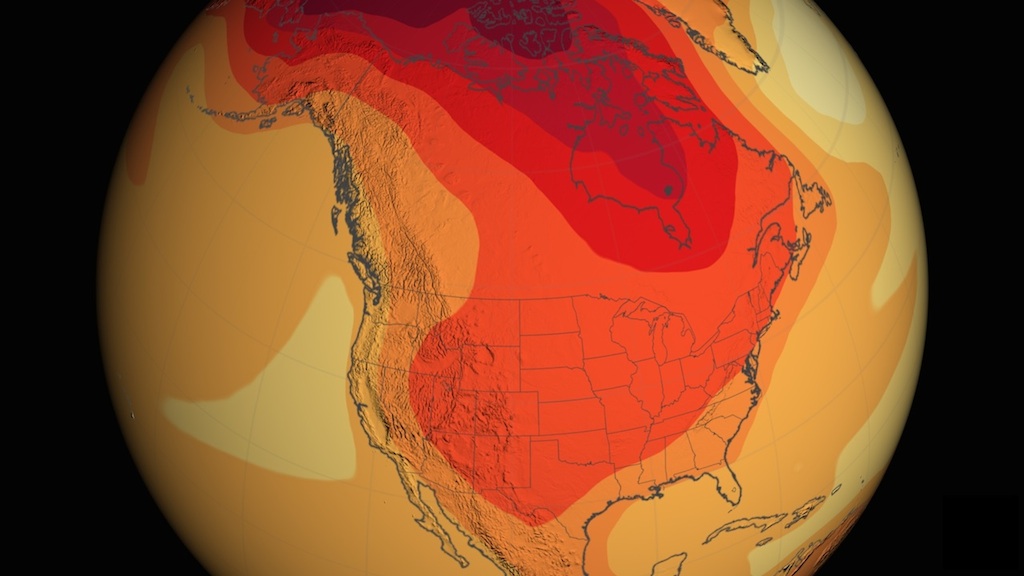 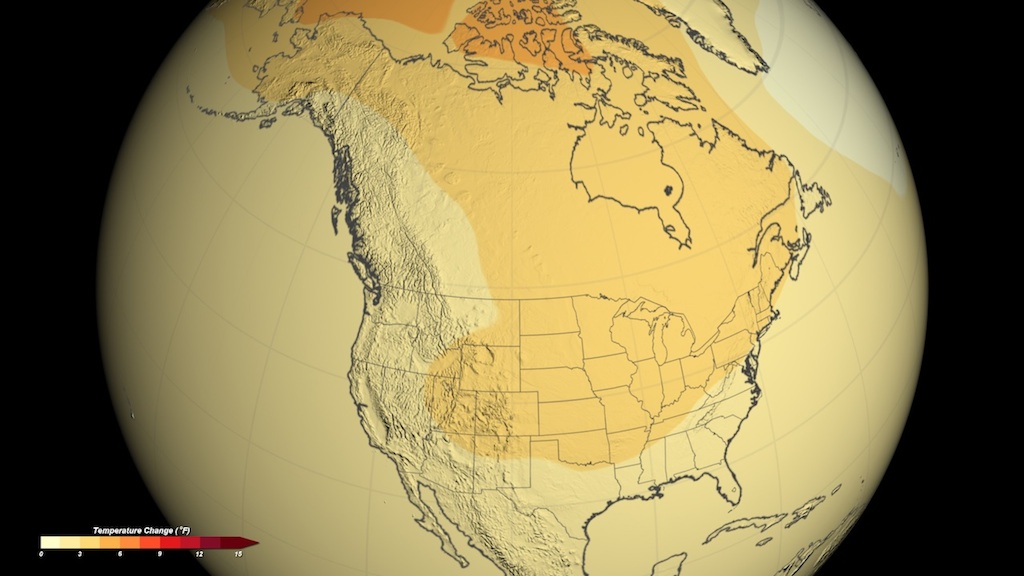 Download
In the low-emissions scenario, a clear warming trend has developed over most of the continental U.S. by 2045. 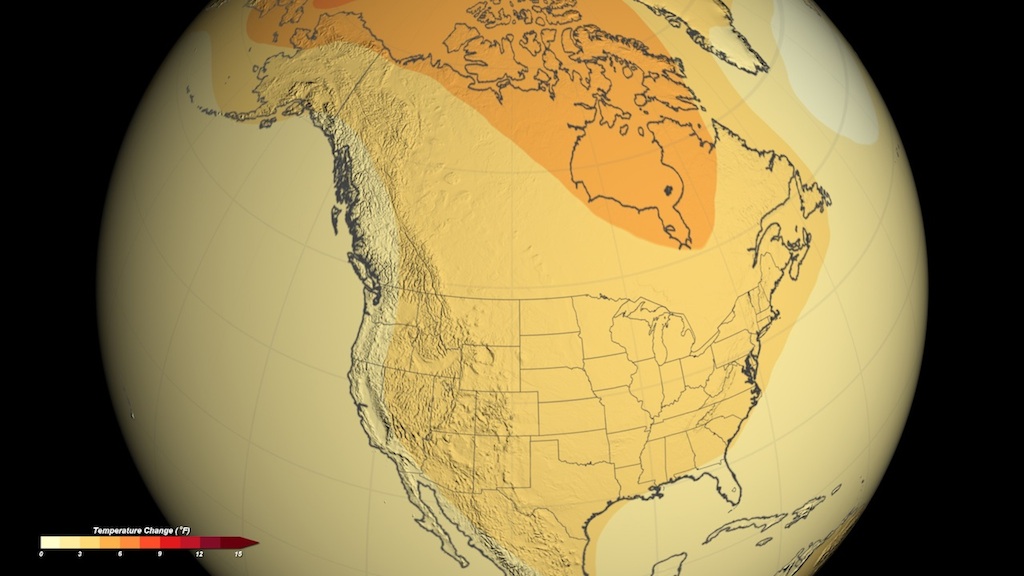 Download
In the high-emissions scenario, the average temperature across most of the U.S. has risen about 3°F by 2045. 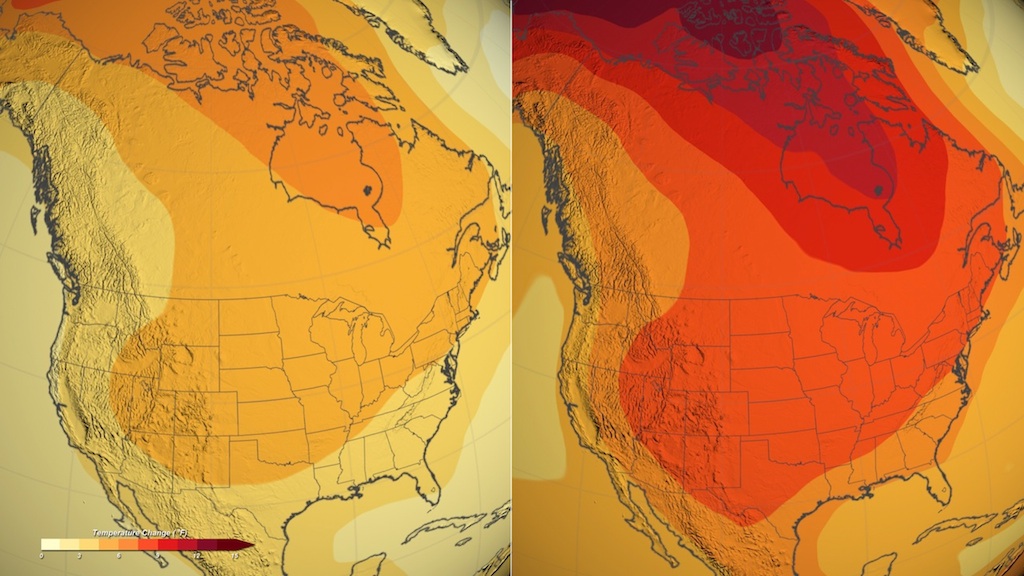 Download
By the end of the century, average temperatures have risen in both scenarios: 4.5°F (low-emissions, left) versus 8°F (high-emissions, right).