X-ray Satellites Monitor the Clashing Winds of a Colossal Binary

Released on October 12, 2012
Download Options
Short narrated video.
Download Options
This computer simulation shows the gas density around a colliding wind binary named WR 22. The star locations are marked by yellow dots, and decreasing gas density is indicated by the sequence of red, white and blue colors. In this simulation, a 26-solar-mass O-type star orbits the hotter and more massive (72 suns) Wolf-Rayet star WR 22. Because WR 22 possesses the stronger stellar wind, a bow shock and wake is formed by the O star as it orbits. The stellar orbits are eccentric, so the separation contracts and expands. Consequently, the conditions in the shocked gas around the O star changes; as the stars near closest approach, the gas cools so effectively that it becomes very clumpy. During closest approach, WR 22's stellar wind is so intense that the region where the winds collide is actually forced back onto the O star. Such a collapse of the wind region does not occur with Cygnus OB2 #9, which makes it a well-behaved system for exploring wind-wind interactions. Simulations like this are being applied to Cygnus OB2 #9 in support of the recent observational campaign to help unravel the properties of its wind-wind collision. 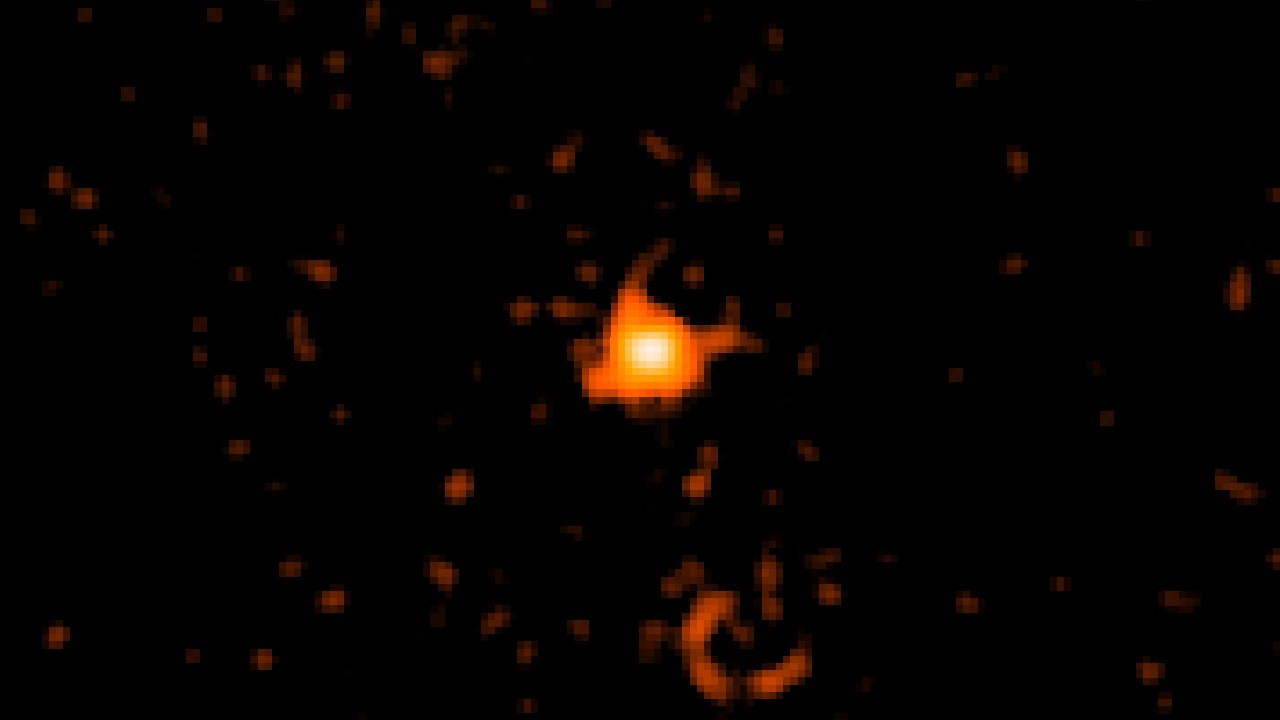 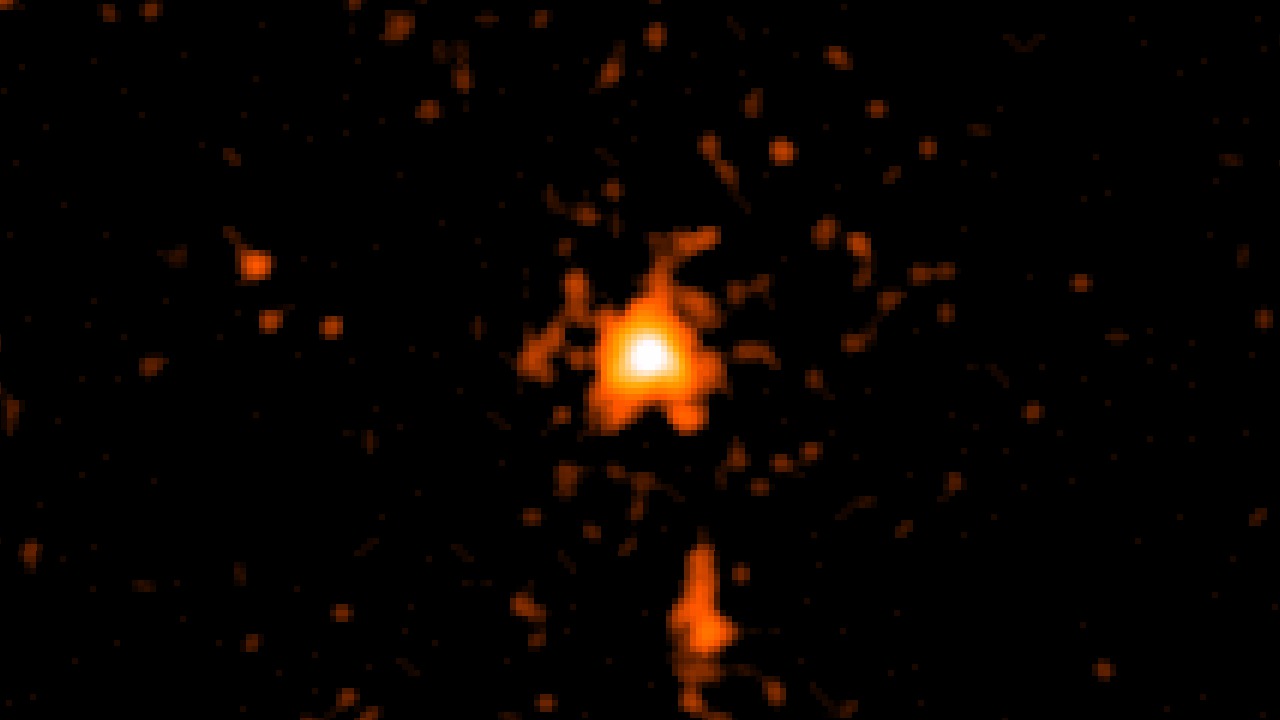 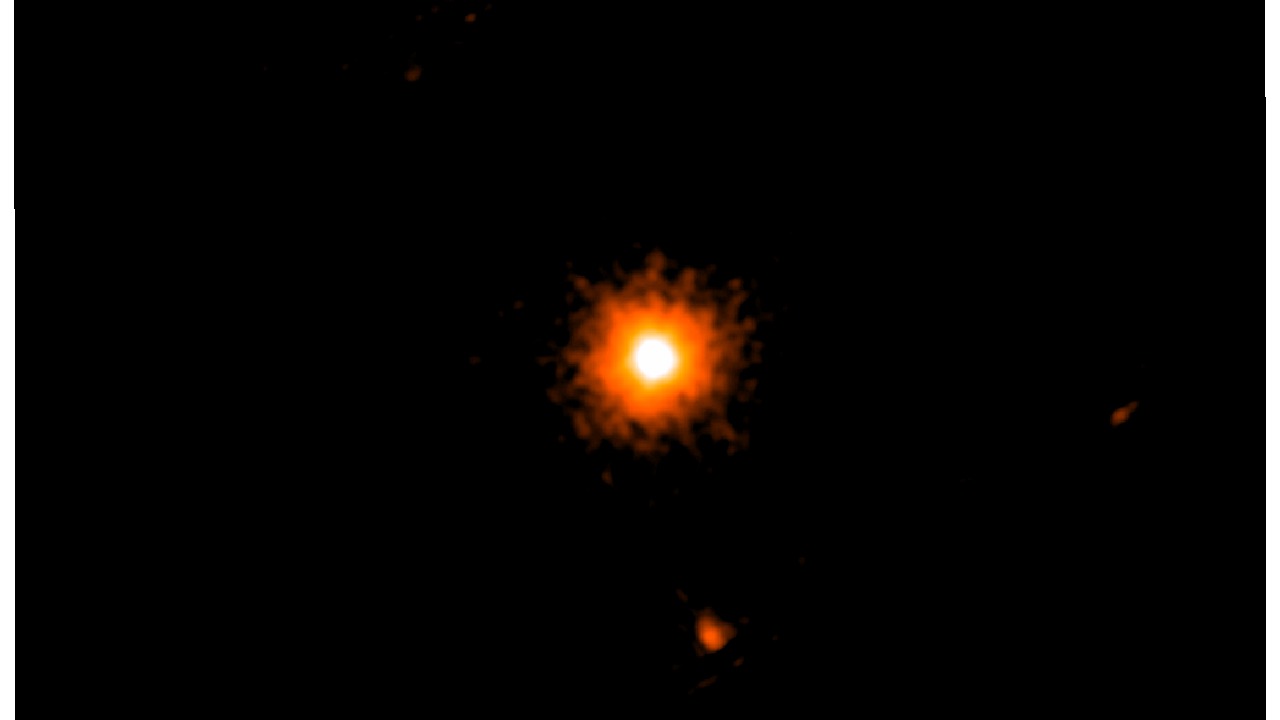 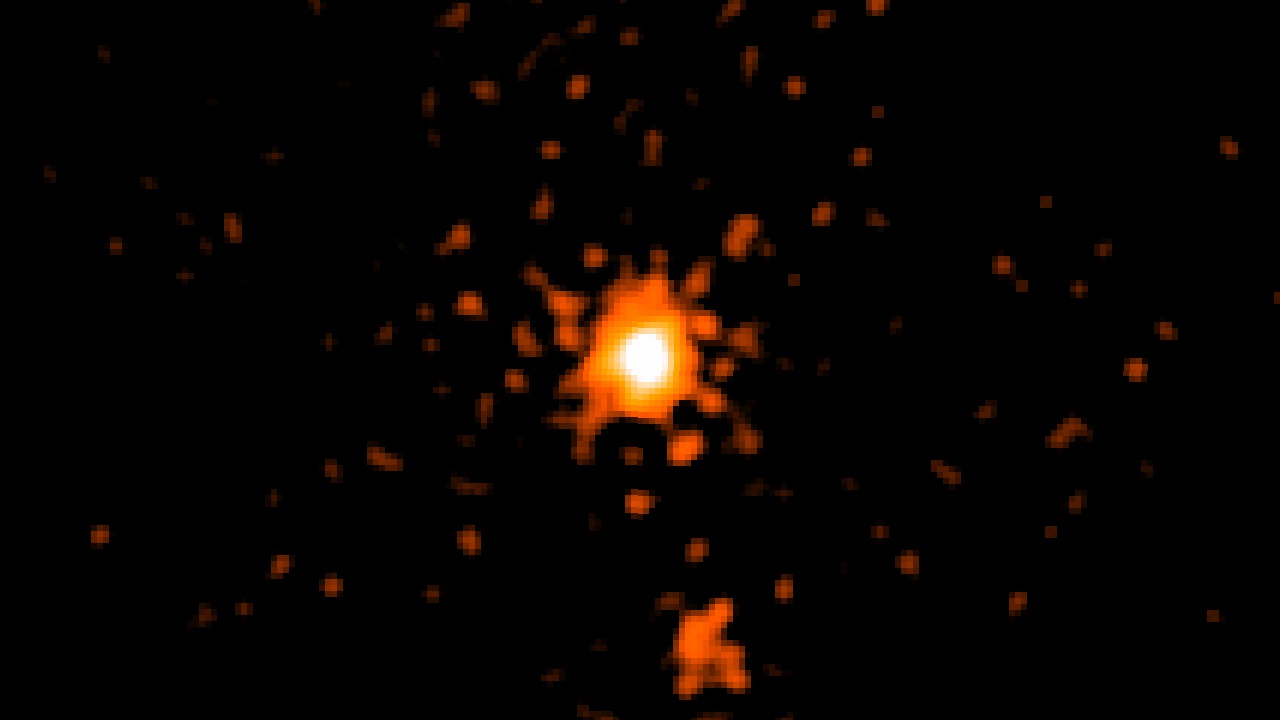 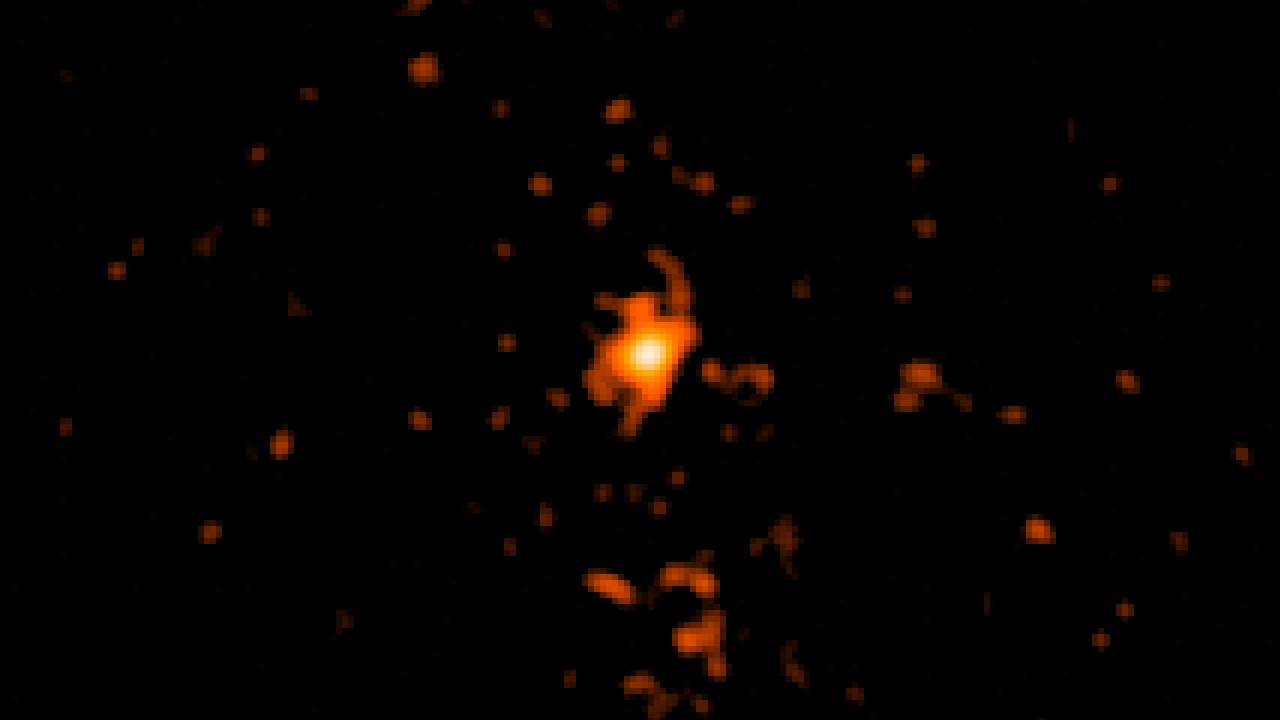 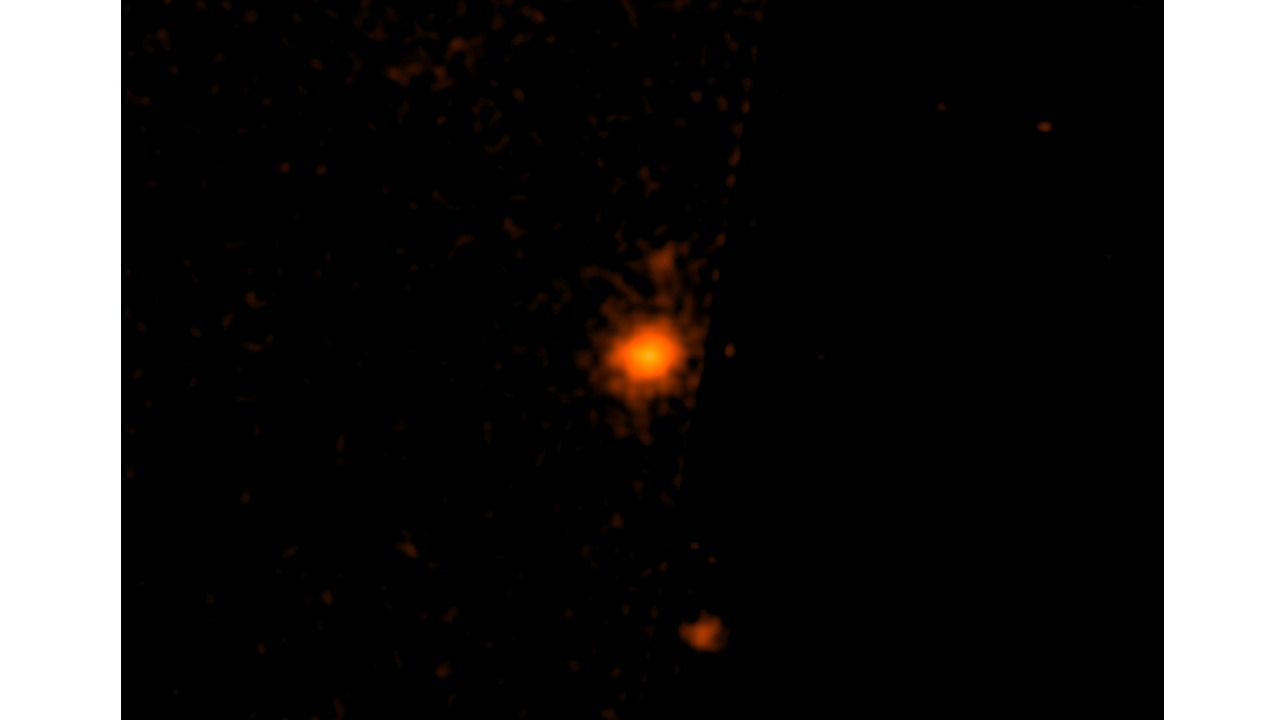 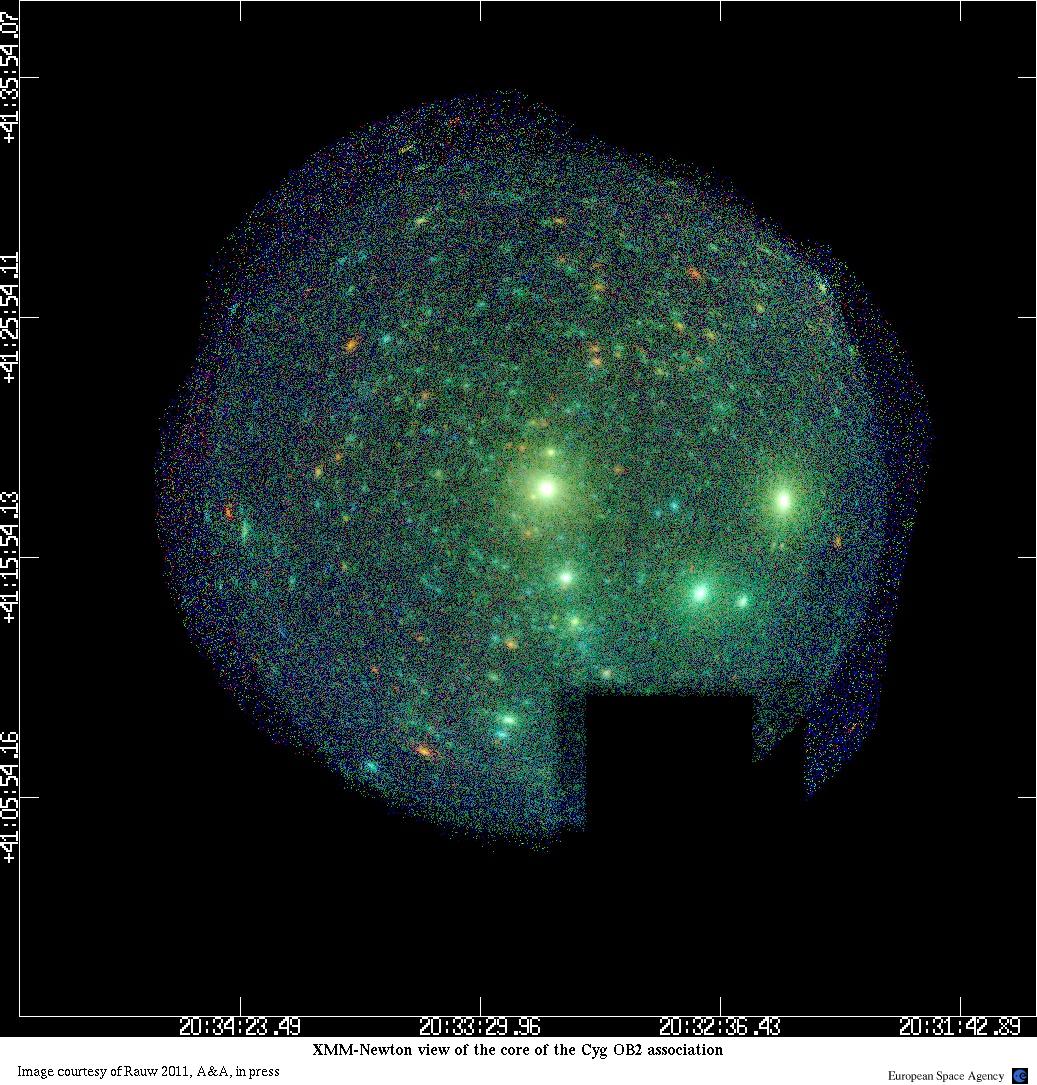 Download Options
Data from the EPIC instrument aboard the European Space Agency's XMM-Newton satellite were used to construct this image of the core of Cygnus OB2, an OB association located 4,700 light-years away. The cluster's massive O-type stars produce the strongest X-ray emission, which appear as bright sources against a background of weaker emission from hundreds of lower-mass young stars. The star nearest the center is Cygnus OB2 #8A, and the bright star directly below it is Cygnus OB2 #9. The colors correspond to different X-ray energies: blue, 0.5 to 1.0 keV; green, 1.0 to 2.0 keV; and red, 2.0 to 8.0 keV. The field of view is 40 arcminutes across. 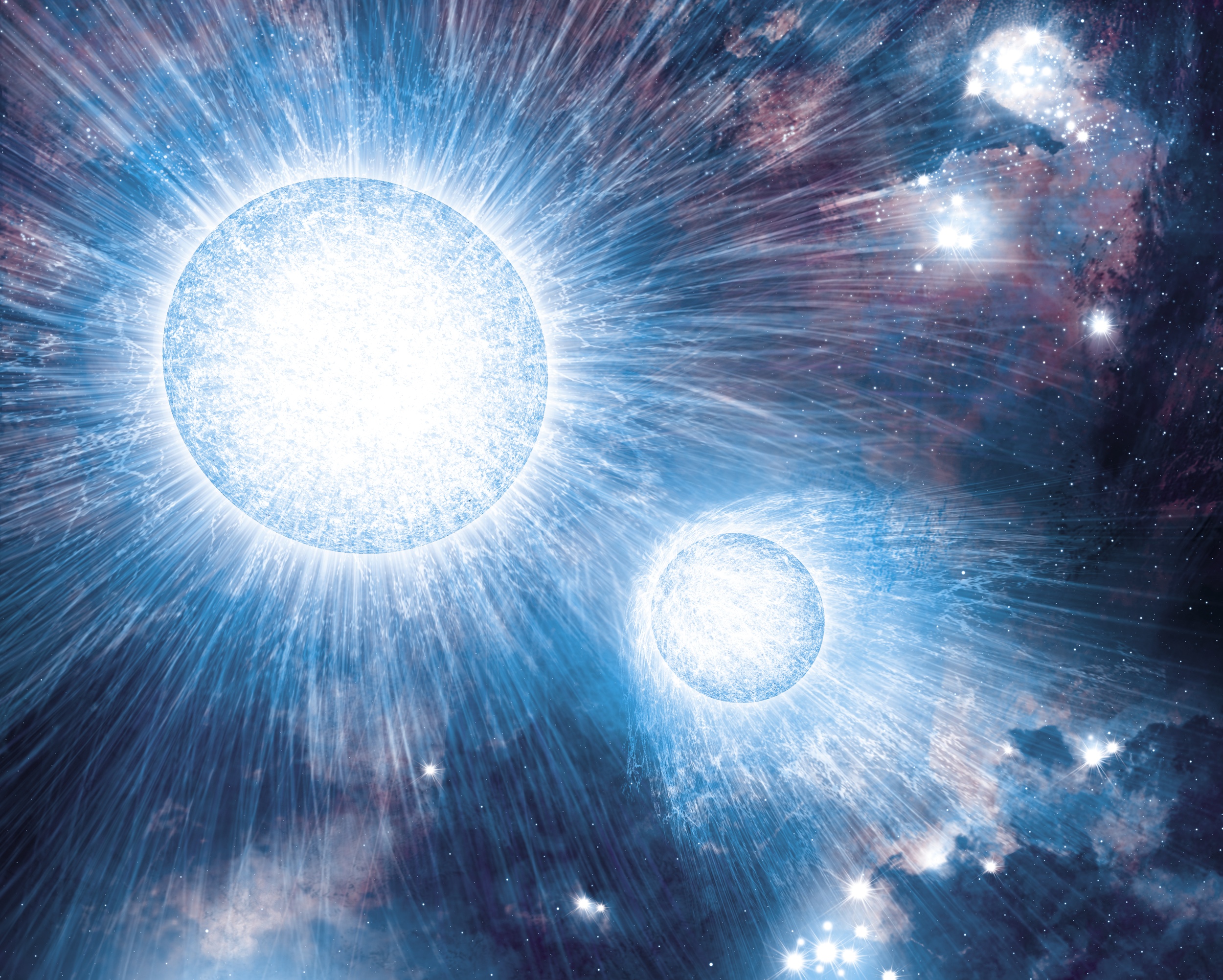 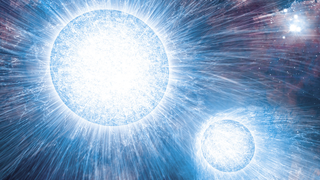 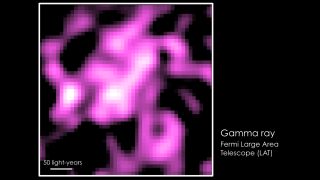