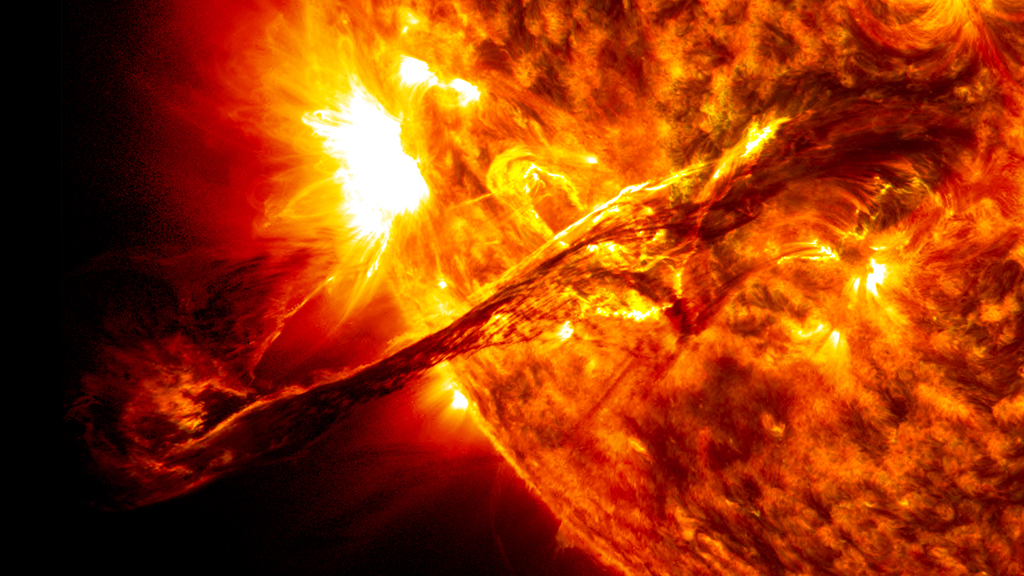 Download Options
Material hovering in the sun's atmosphere explodes with style.
Download Options
NASA's SDO and STEREO missions and the joint ESA/NASA SOHO mission each captured views of the eruption. 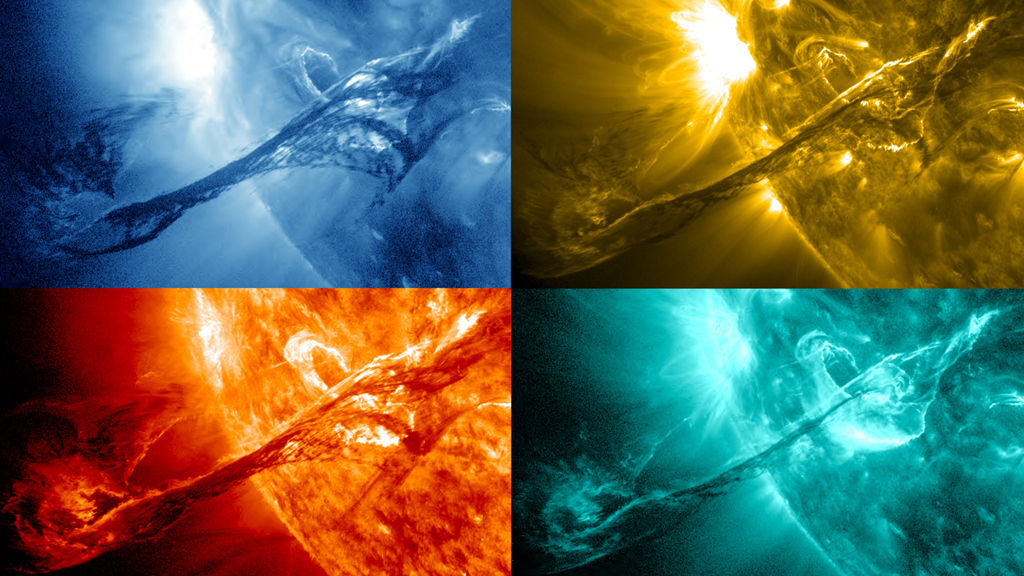 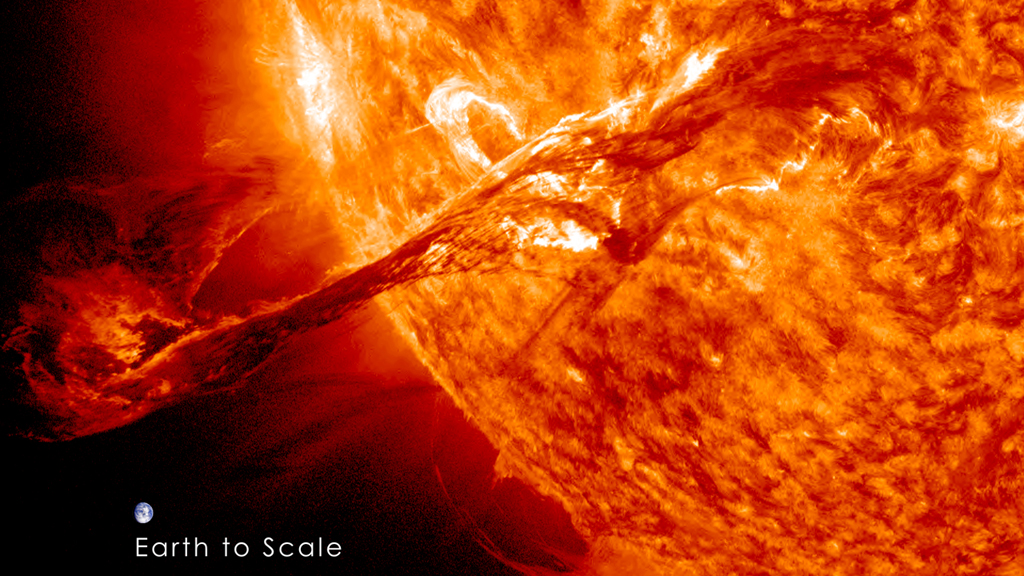 Download Options
Material ejected from the sun dwarfs Earth (inserted above and shown to scale for comparison). 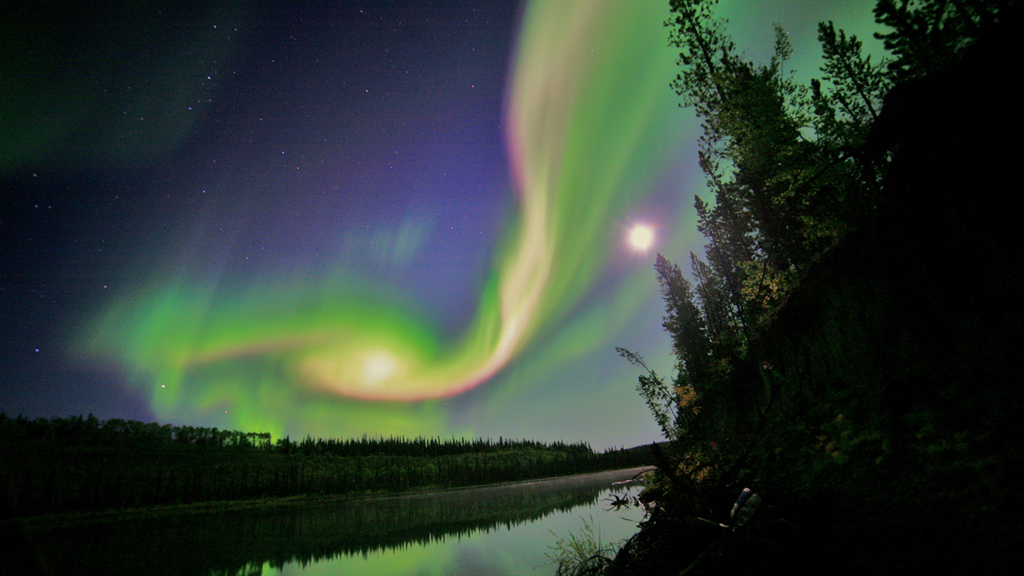 Download Options
Beautiful aurorae, as seen in this photo taken near Whitehorse, Yukon Territory, filled the night sky on Sep. 3, 2012 as a result of the eruption. 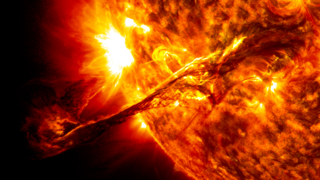