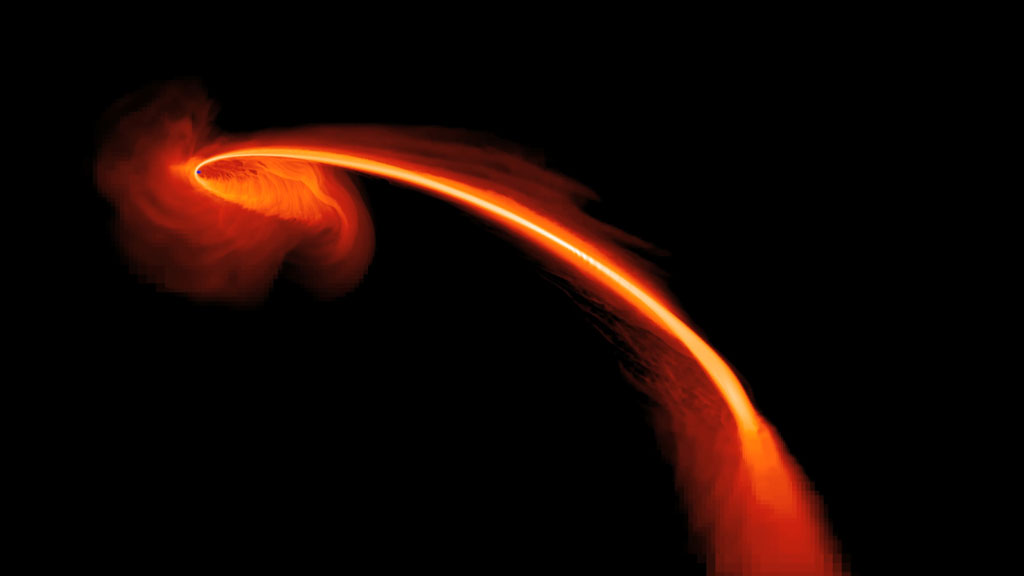 Download
A star in a galaxy far, far away is consumed by a black hole.
Download
The blue dot indicates the location of the black hole. The rate at which material from the star falls toward the black hole can be seen over time. 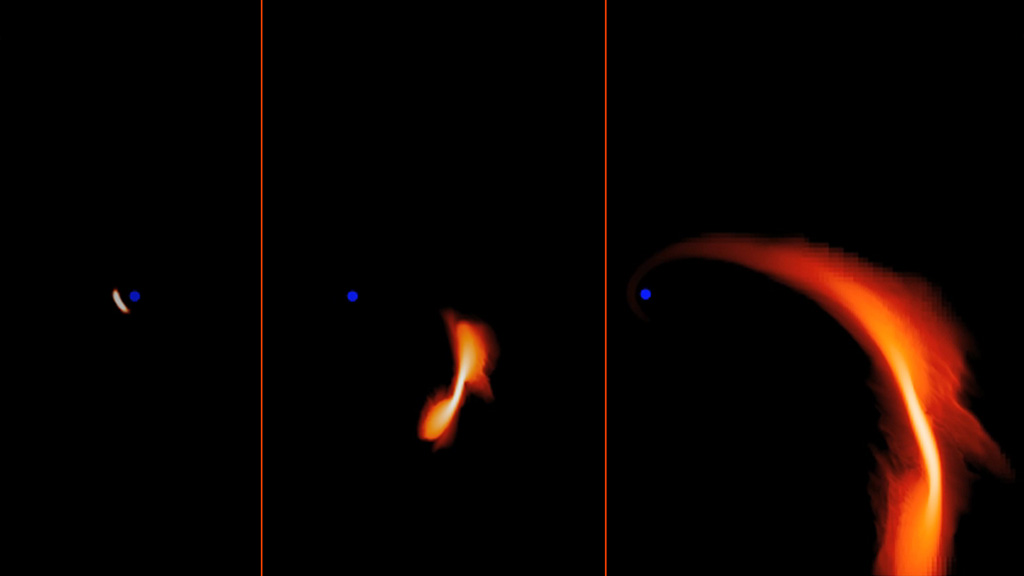 Download
Streams of material spill from the star following its fatal approach as seen in this sequence. 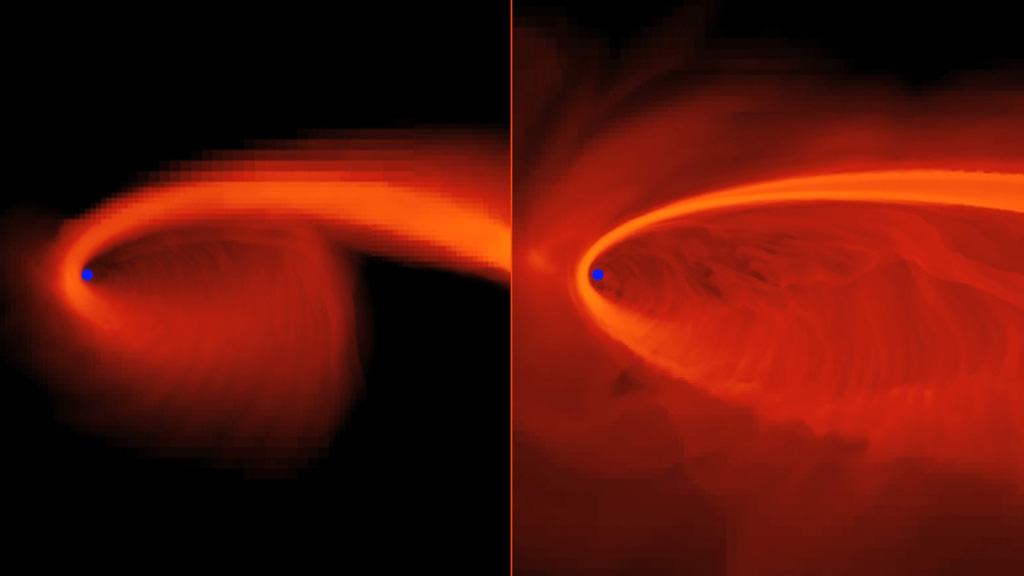 Download
A disk of debris forms around the black hole as the star is slowly consumed. 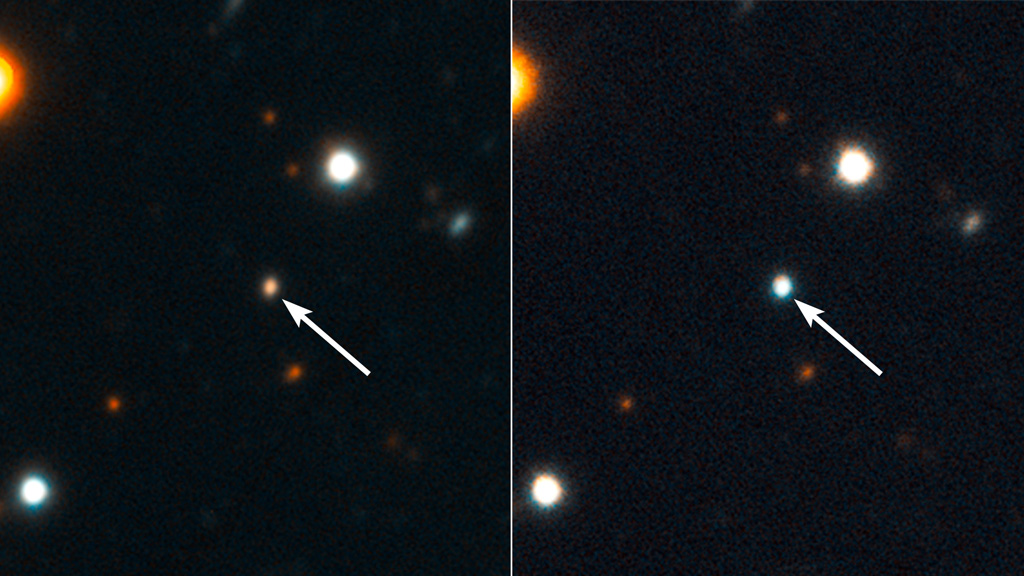 Download
Astronomers viewing the sky through telescopes saw a much bluer galaxy (right) compared to before the event (left). 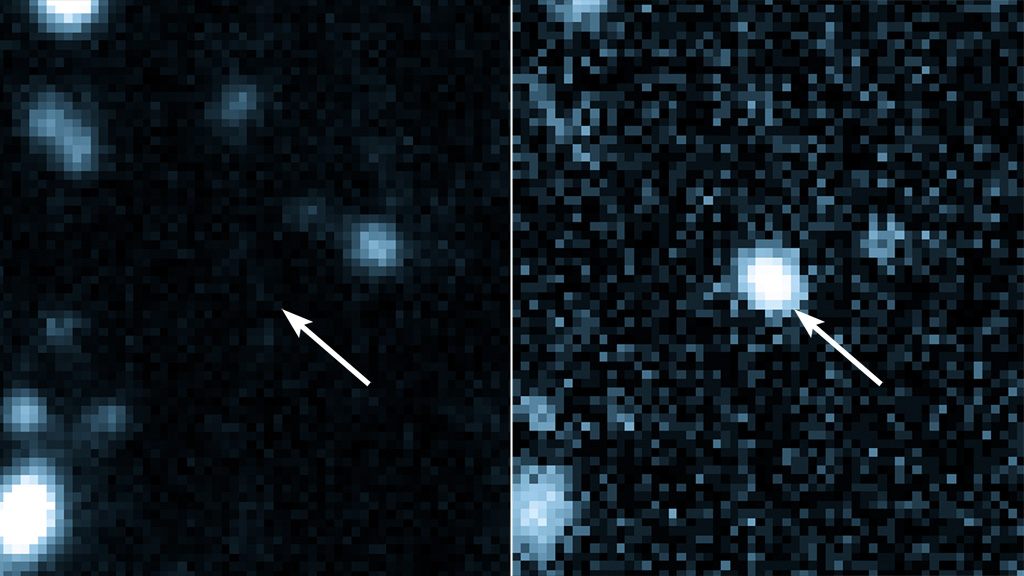 Download
Prior to the event the galaxy showed no signs of activity (left). During the event GALEX detected a 350-fold increase in brightness (right). 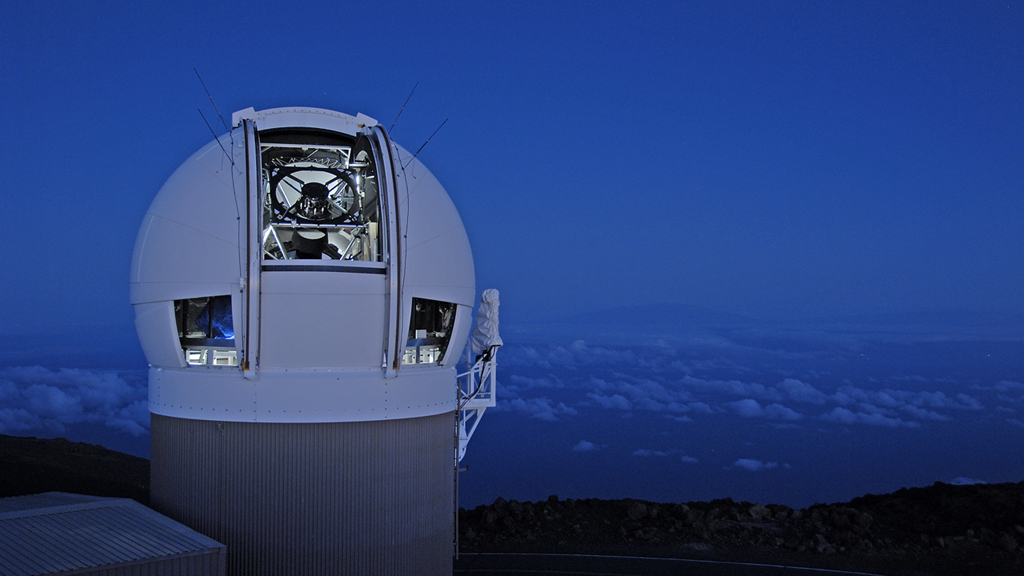