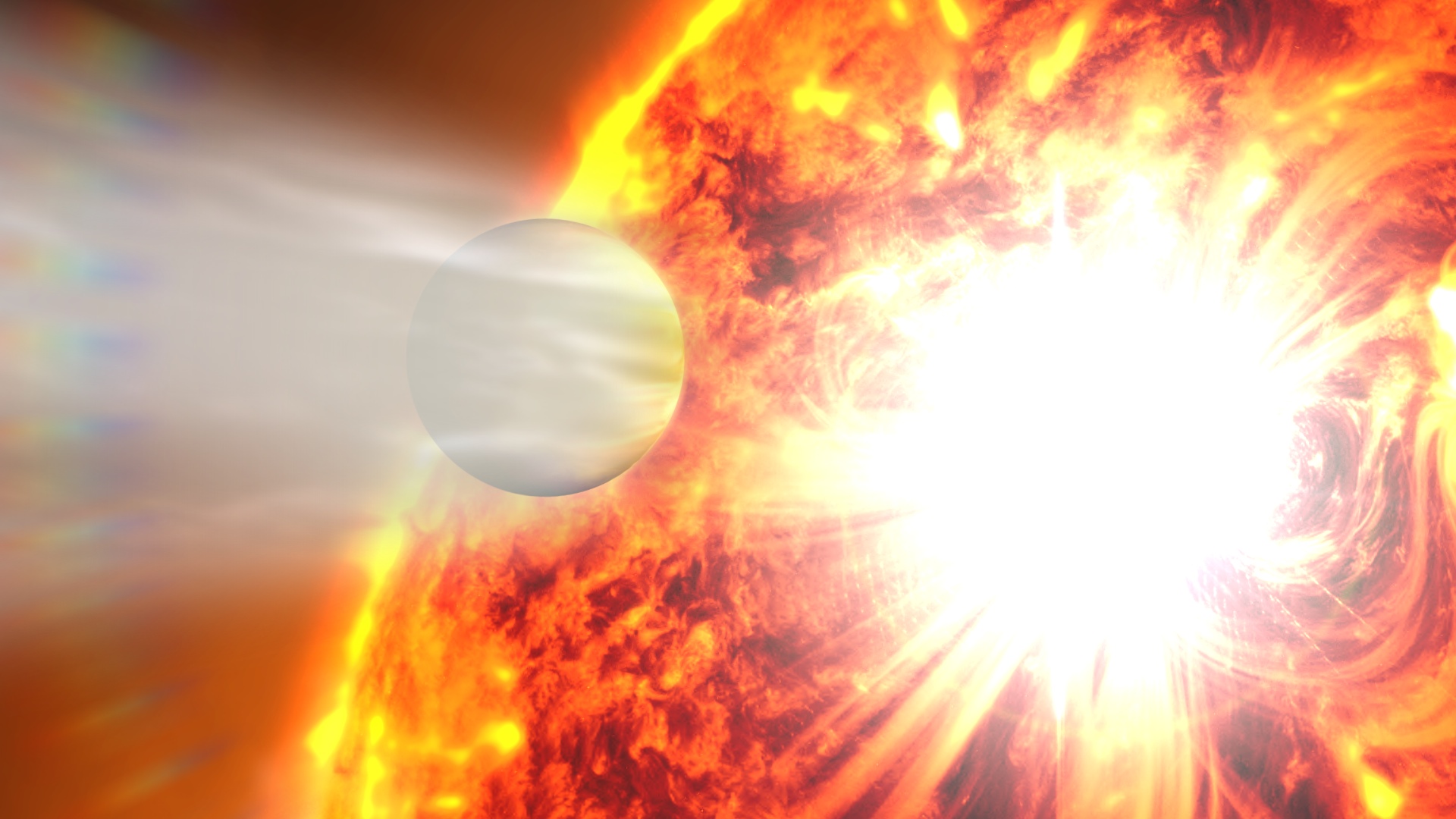 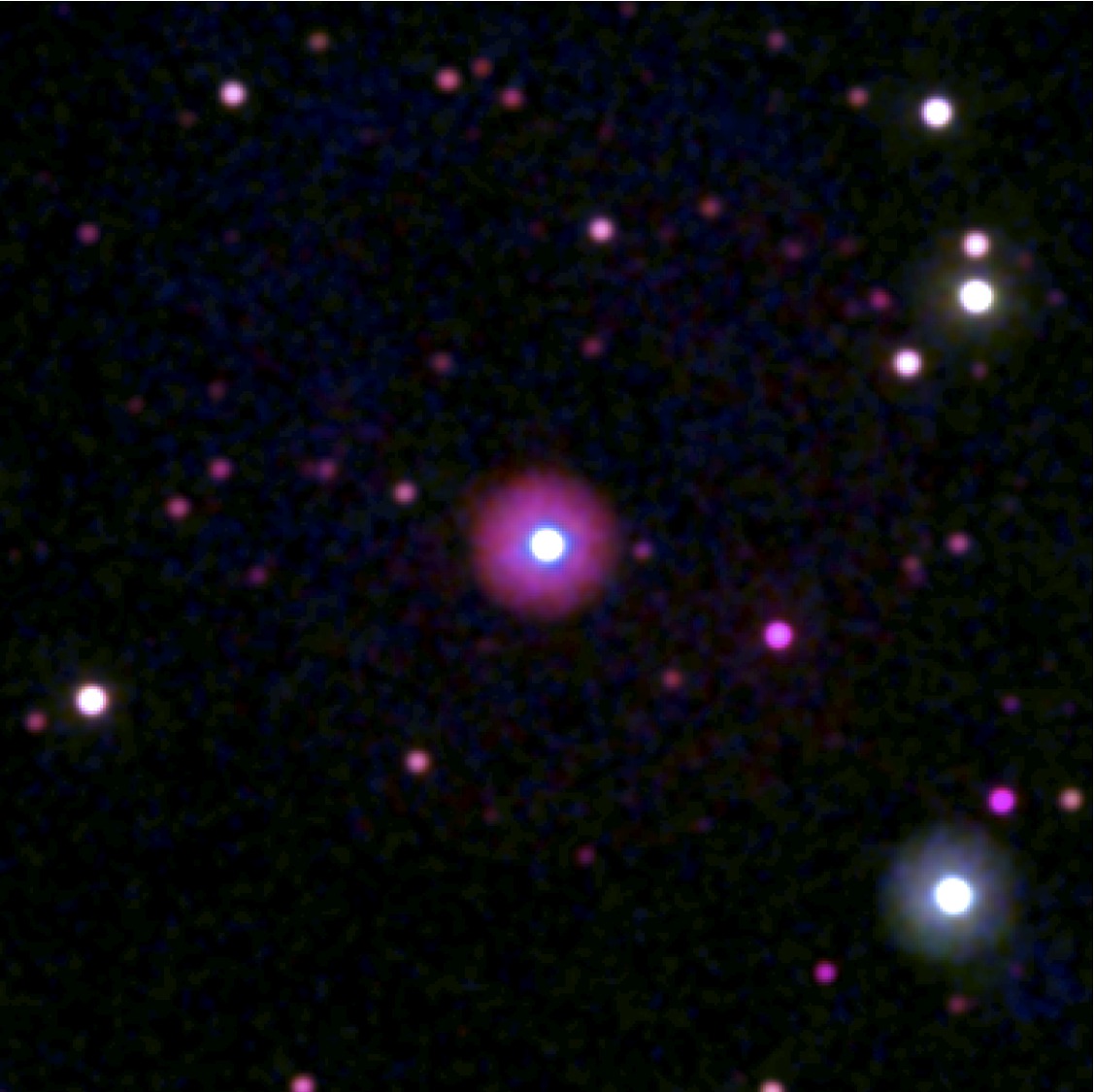 Download Options
Swift's Ultraviolet/Optical Telescope captured this view of HD 189733b's host star on Sept. 14, 2011. The image is 6 arcminutes across. 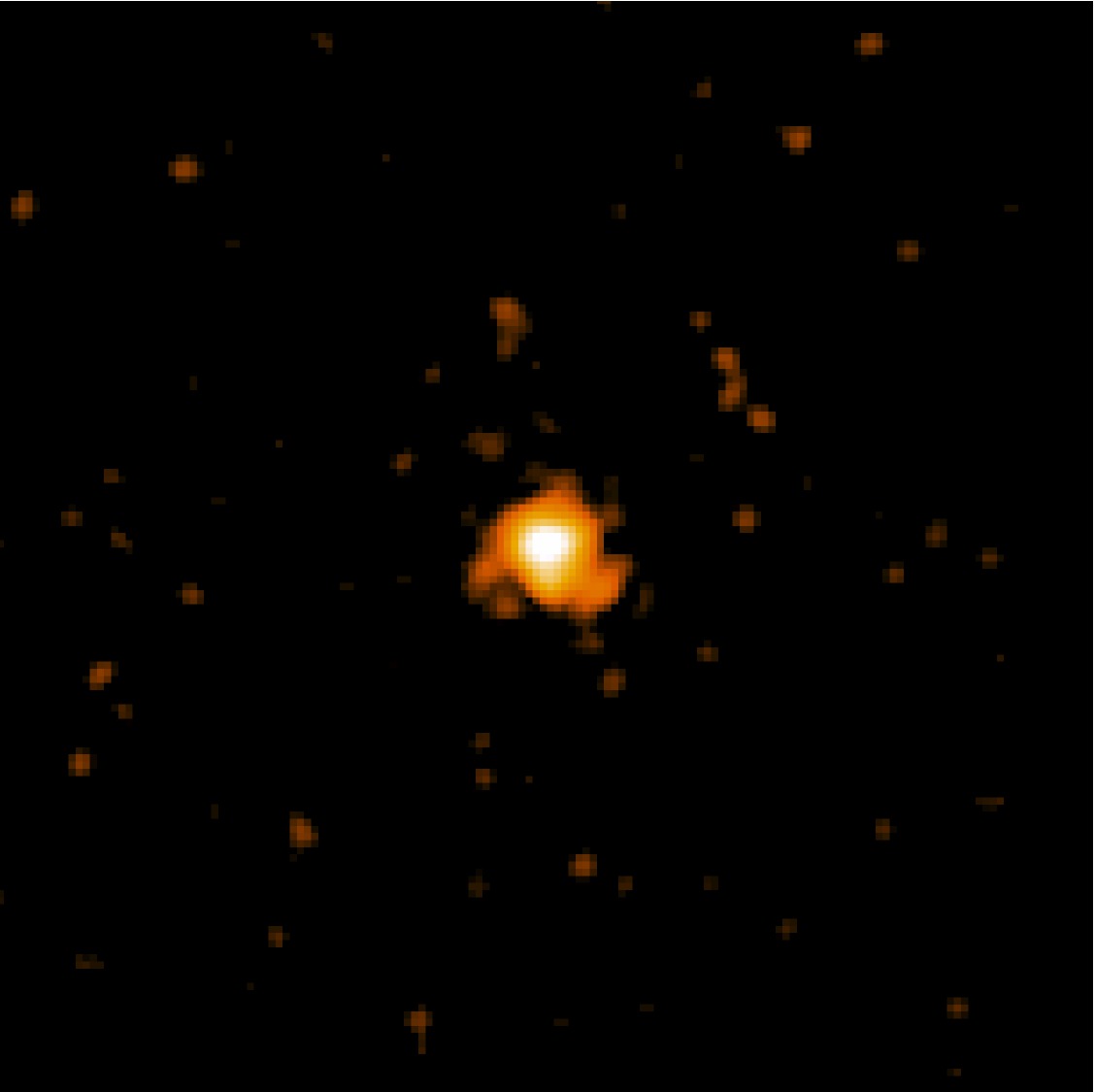 Download Options
Strong X-ray emission makes the host star of HD 189733b stand out in this view from Swift's X-Ray Telescope. The image combines data from Sept. 13 and 14, 2011, and is 6 arcminutes across. 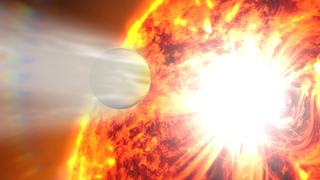 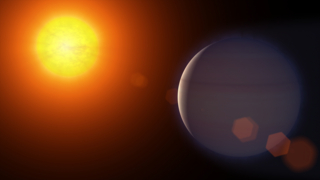