Visualizations by Kel Elkins Released on September 17, 2021
Download Options
This visualization depicts how ICESat-2 data is being used to study vegetation canopy. The visualization begins with a view of 6 beams passing over forested mountains, before zooming in on a single beam and introducing the data classification scheme. Data points are classified as ground (light brown), vegetation (green), vegetation canopy (tan), or unclassified (grey). A transparent scale using meters for distance and altitude is overlaid momentarily before the camera moves on and explores the rest of the beam data. Altitude is exaggerated 5x. 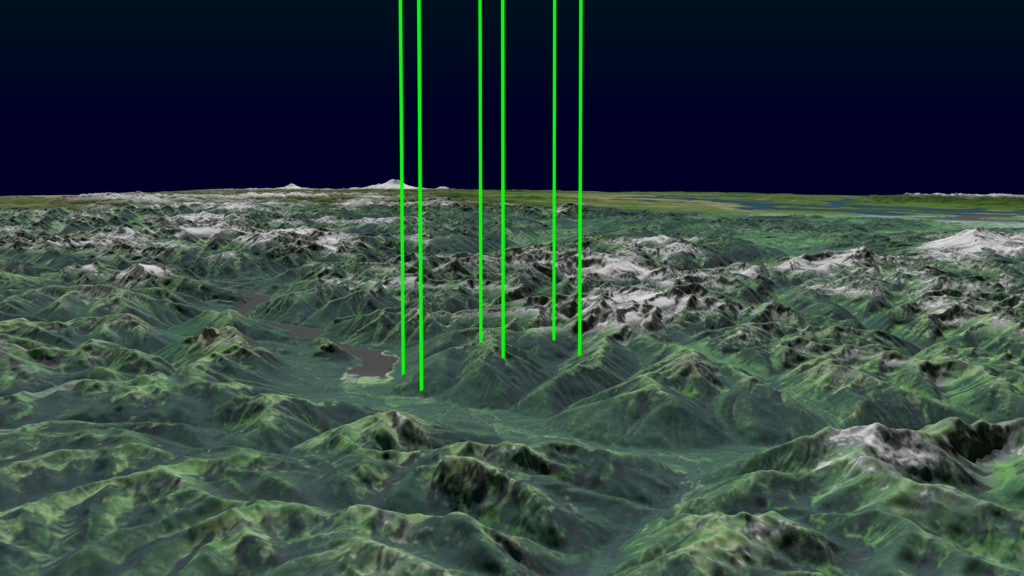 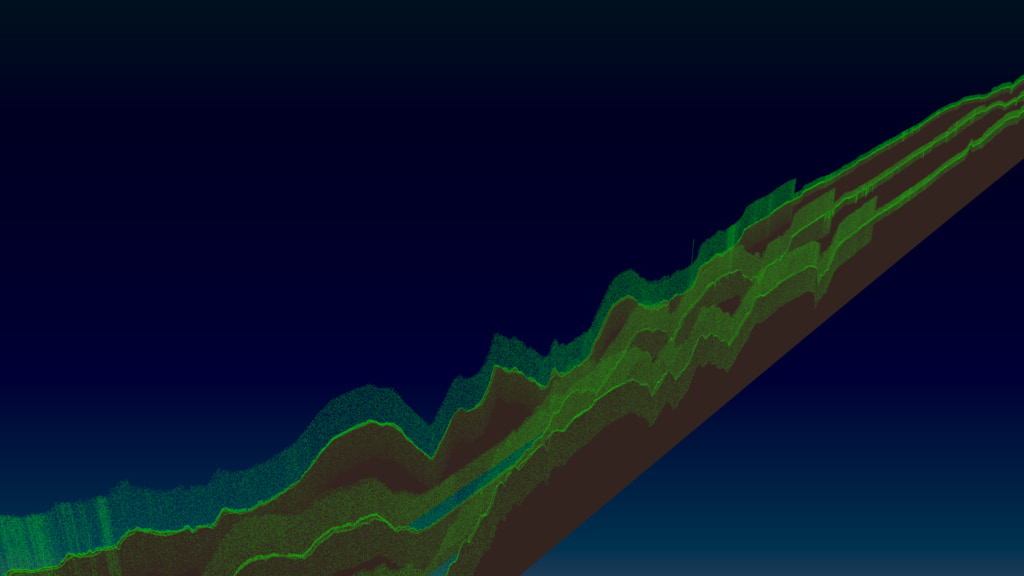 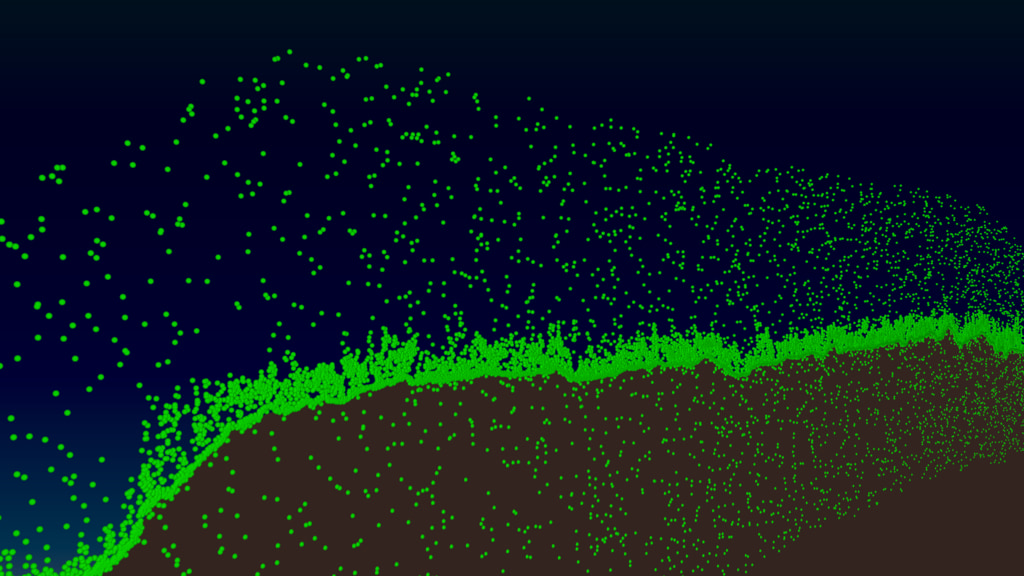 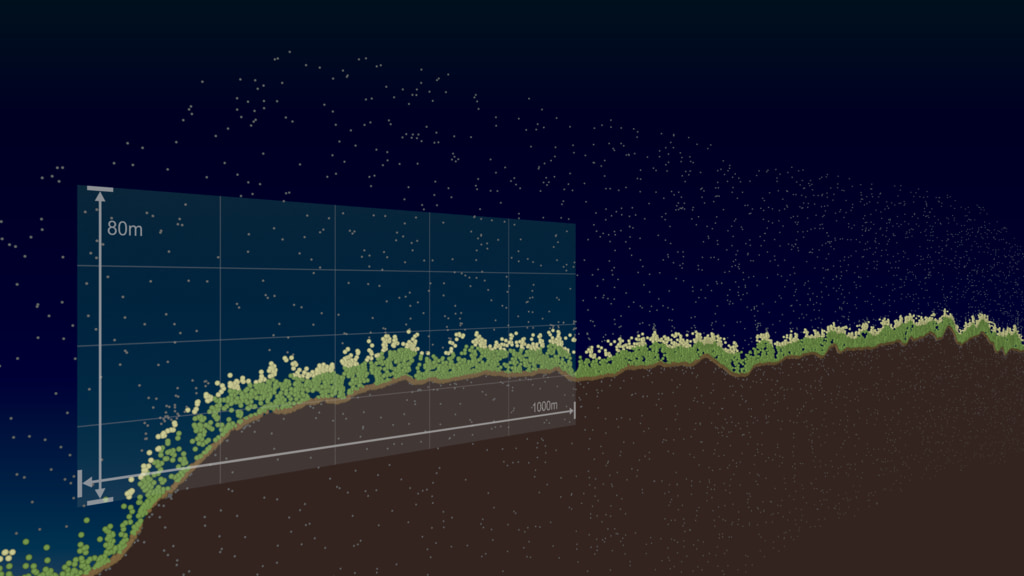 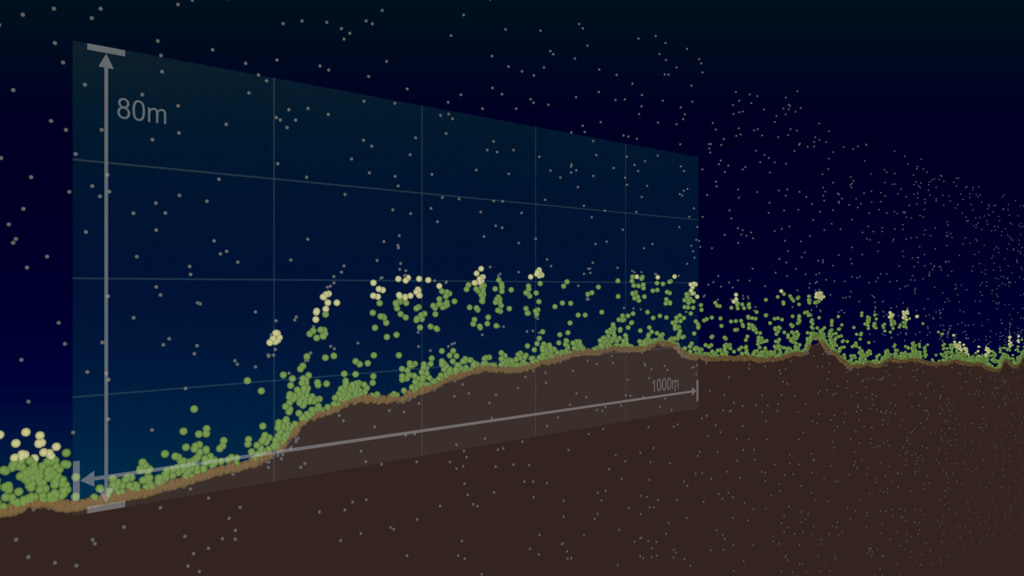 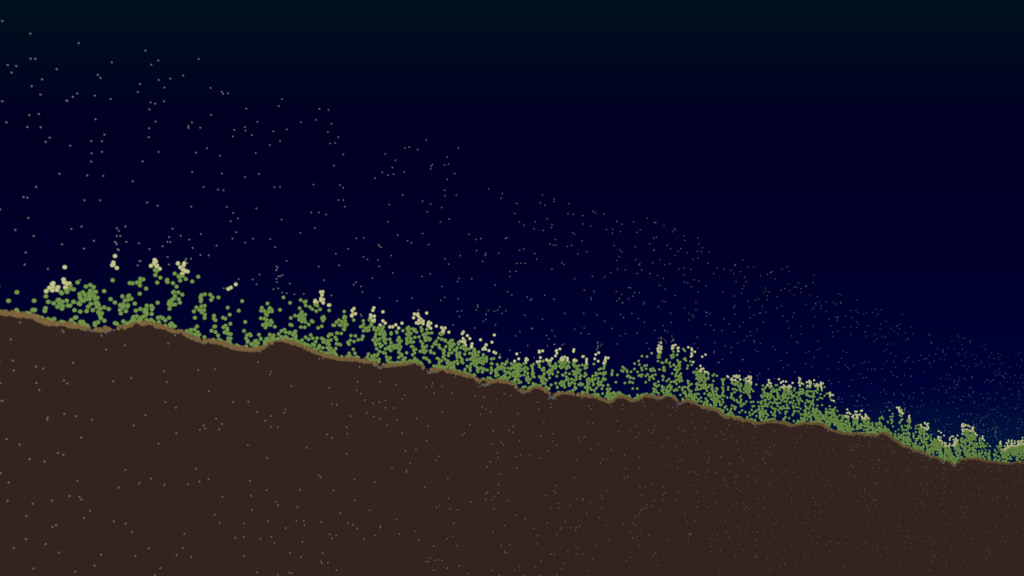 04/15/2019
view all stories where this data set is used
Note: While we identify the data sets used in these visualizations, we do not store any further details nor the data sets themselves on our site.