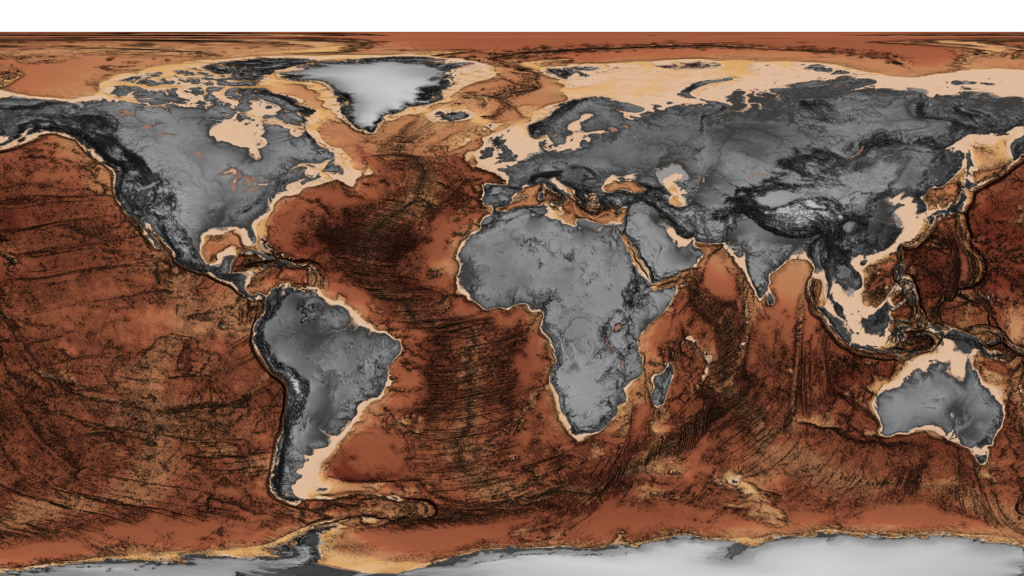 Download Options
Colorbar created for this visualization. Gray-brown divergent colorbar to separate the topography from bathymety. The bathymetry is mapped to brownish hues (tan/shallow to brown/deep) and the dry land to greys (dark gray/low to white/high). The colorbar is assymetrical; there are more levels below sea level than on dry land. The stops and rgb values of the colormap are accessible here. 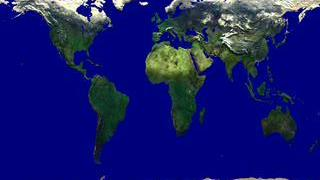