Visualizations by Kel Elkins Released on August 6, 2018
Download
GPM passed over Tropical Storm John on August 6, 2018. As the camera moves in on the storm, DPR's volumetric view of the storm is revealed. A slicing plane moves across the volume to display precipitation rates throughout the storm. Shades of green to red represent liquid precipitation extending down to the ground. Frozen precipitation is displayed in cyan and purple.
This video is also available on our YouTube channel. 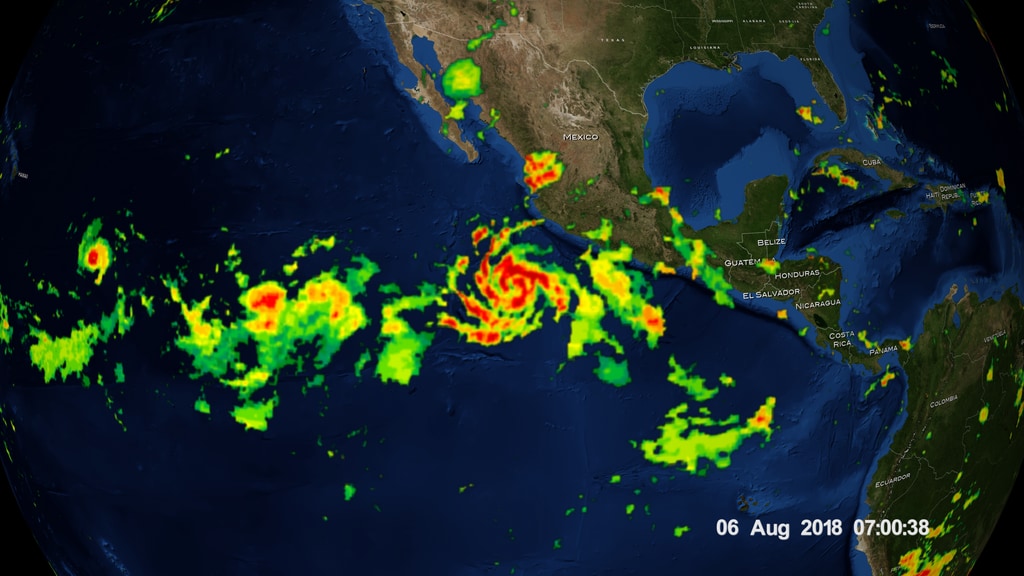 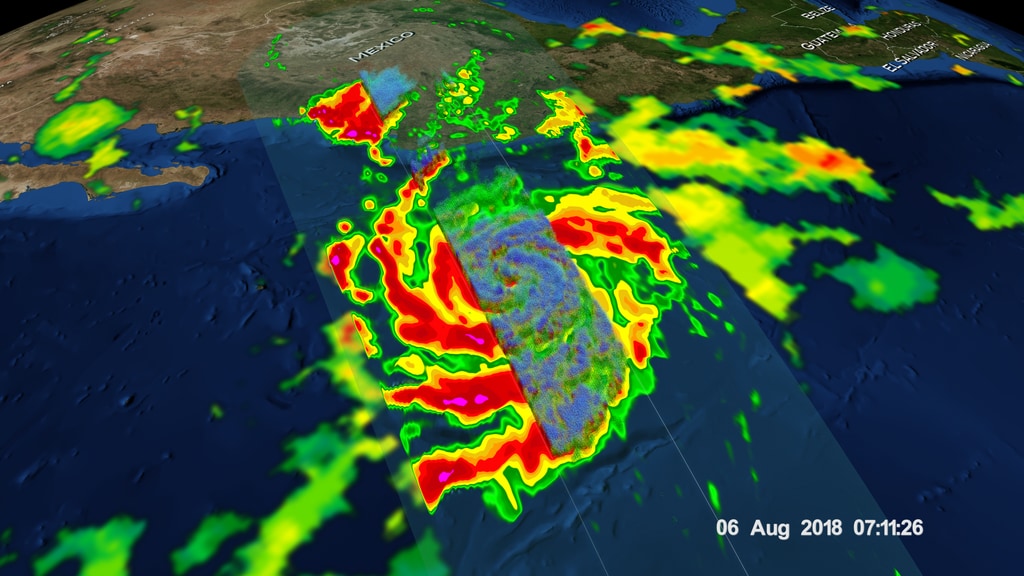 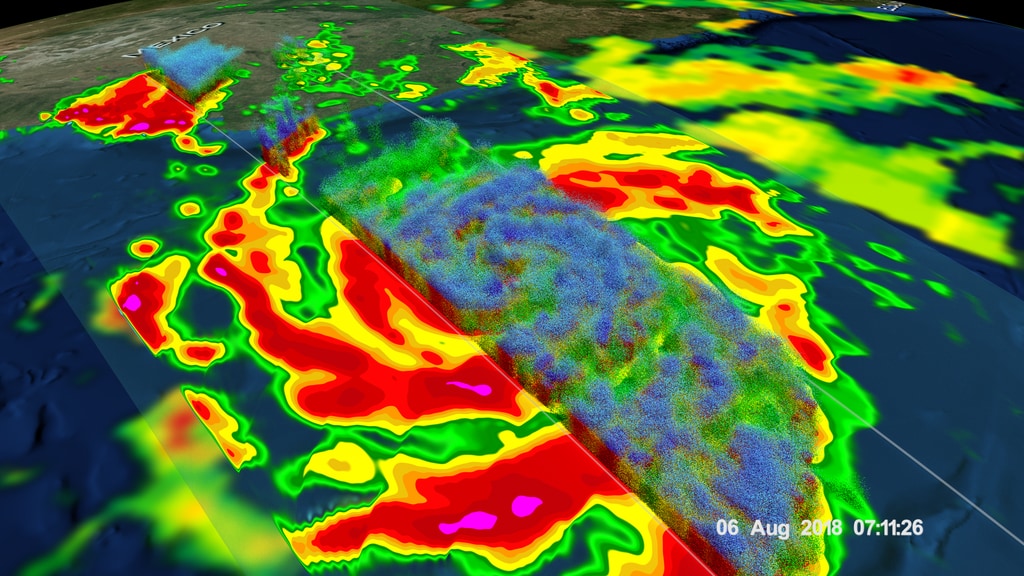 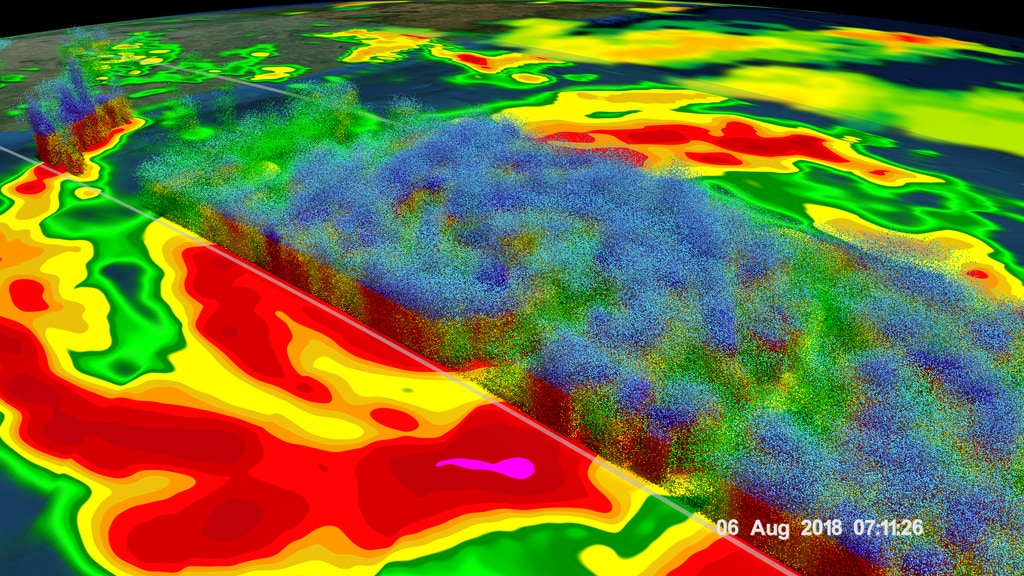 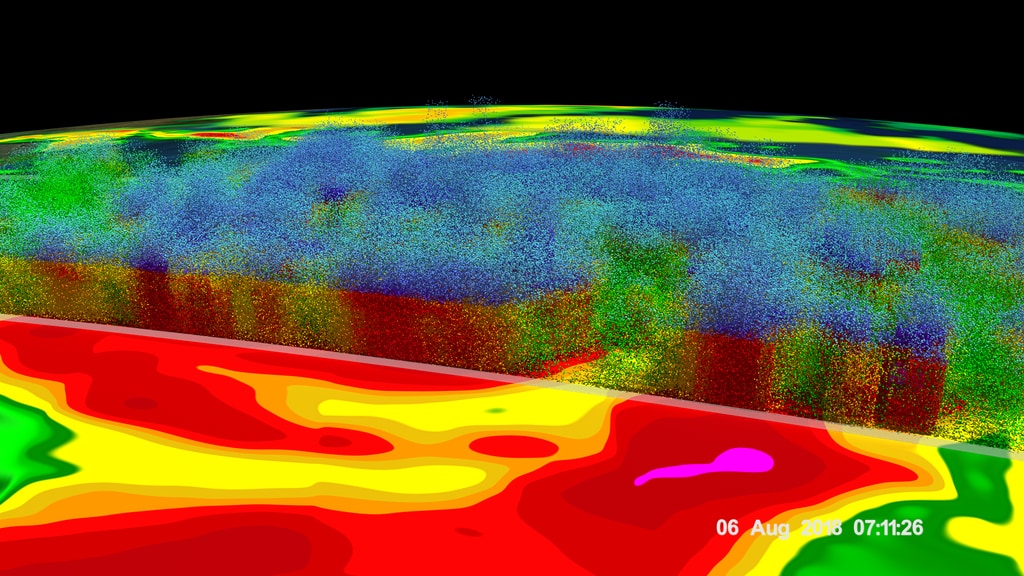 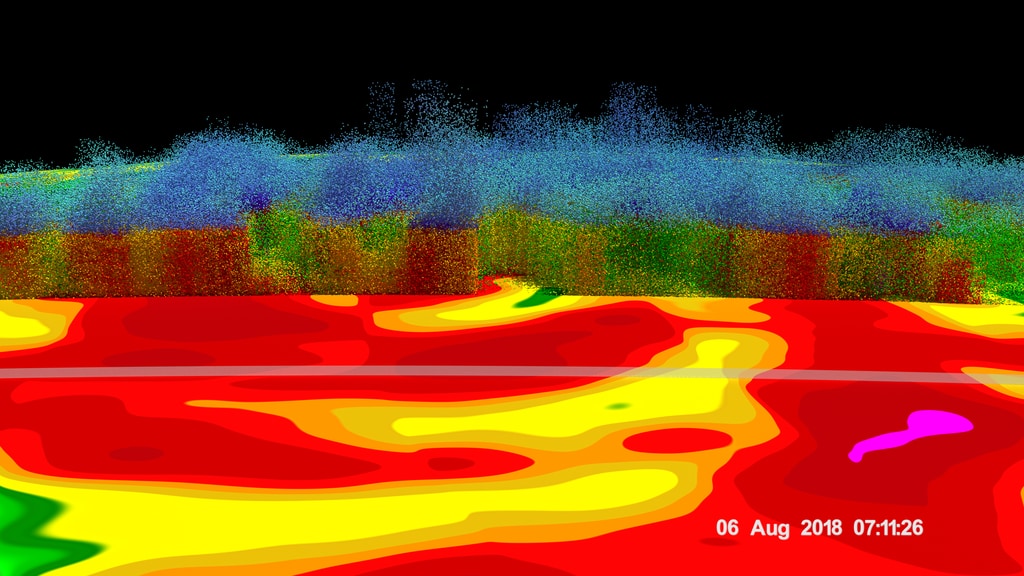 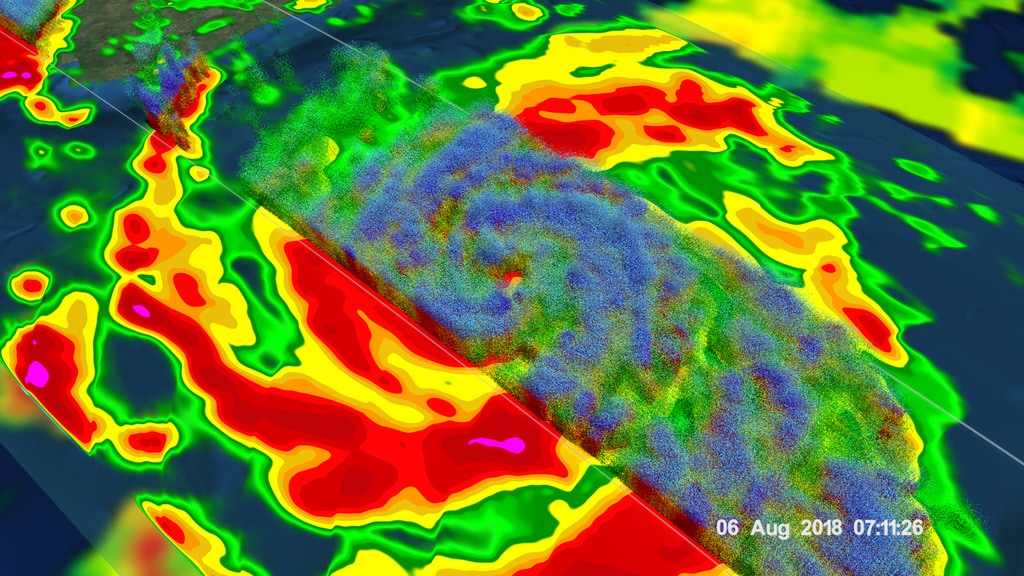