Visualizations by Ernie Wright Released on April 27, 2017
Download Options
In late 2014 and early 2015, NASA's Kepler telescope observed the eighth planet in our solar system, Neptune. Kepler detected Neptune's daily rotation, the movement of clouds, and even minute changes in the sun's brightness, paving the way for future studies of weather and climate beyond our solar system. Complete transcript available.

Download Options
Beginning with a view from above the inner solar system that shows Kepler's orbit, the camera flies to Kepler and then looks along the Kepler telescope's line of sight. Zooming into the Kepler field reveals Neptune and some of its moons.
Download Options
Beginning tight on Kepler's view of Neptune, the animation zooms out to reveal Kepler's entire field, then its orbit.
Download Options
This artist's concept animation begins with a flyby of the icy moon Triton, then proceeds toward Neptune. Planetary textures are based on Voyager 2 imagery. 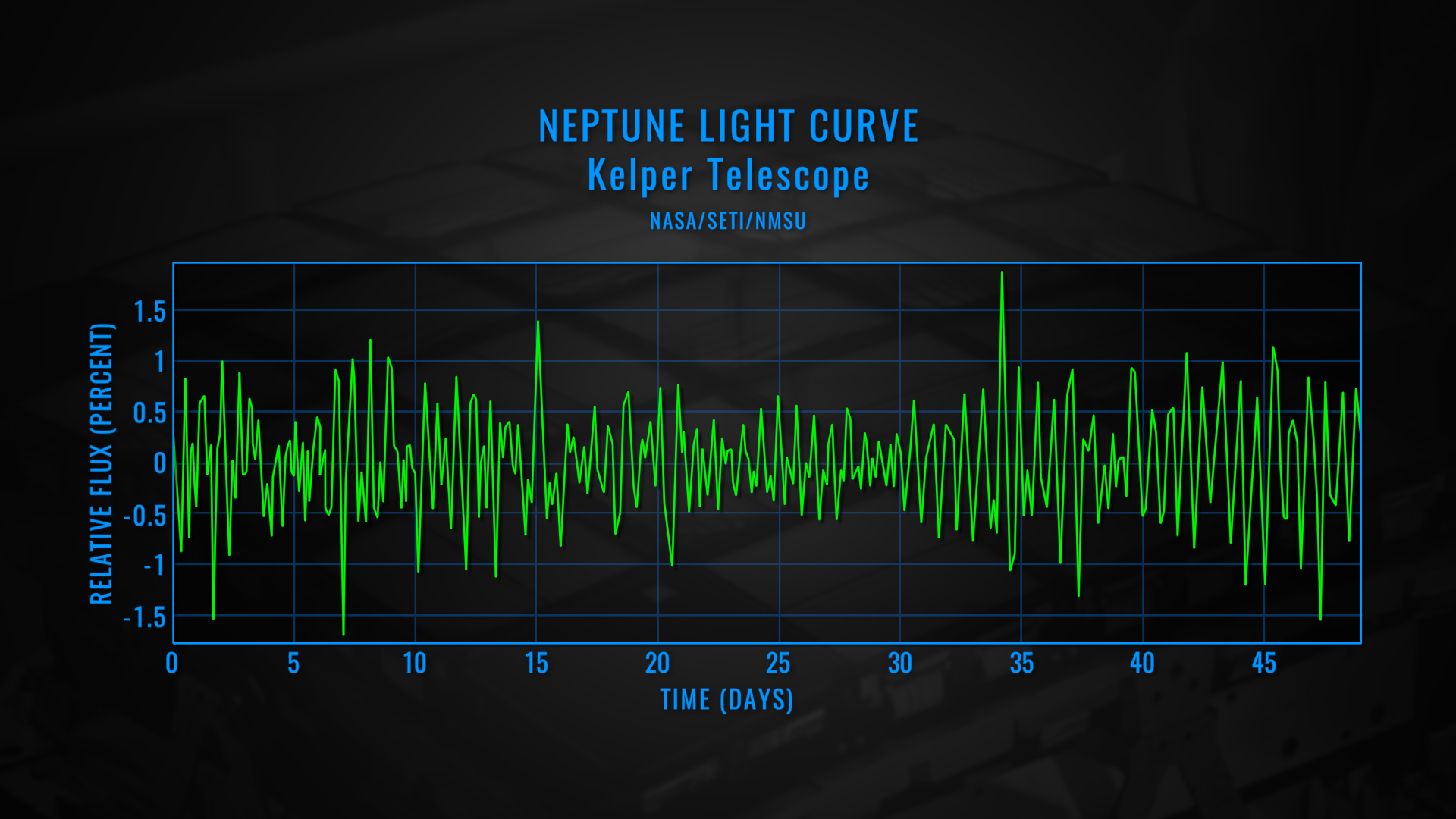 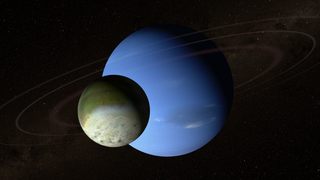 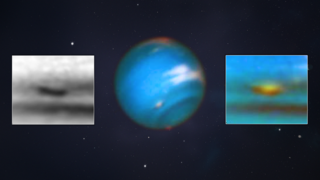