Visualizations by Kel Elkins Released on January 31, 2018
Download Options
This visualization begins with a satellite view of the NASA Goddard campus. A marker appears to show where a nodosaur print from the Cretaceous-era was found. The camera then zooms out to a global view, which is then compared to a similar view of a Cretaceous-era Earth. Differences in ice coverage, CO2 concentration, and sea level are described before surface air temperature data for both time periods fades in, showing that the Cretaceous era was much warmer than modern day.
This video is also available on our YouTube channel.
Download Options
Same video as above, without text/titles.
Download Options
Zoom from NASA Goddard campus out to global view. 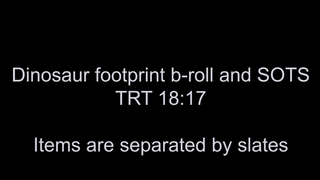 Analysis - 2015
view all stories where this data set is used
Note: While we identify the data sets used in these visualizations, we do not store any further details nor the data sets themselves on our site.