Visualizations by Alex Kekesi Released on July 28, 2016
Download Options
Example animation showing significant ground water storage loss in the northern half of Brazil. This animation starts with a global view of the Americas, then zooms into the country of Brazil. Finally, monthly GRACE water storage anomaly data from March 2015 to March 2016 are shown. 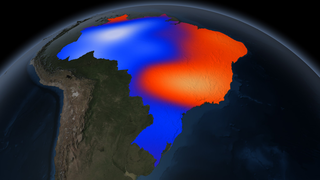 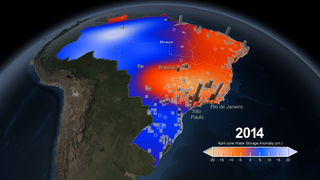 Analysis - 3/2015 - 3/2016
view all stories where this data set is used
Note: While we identify the data sets used in these visualizations, we do not store any further details nor the data sets themselves on our site.