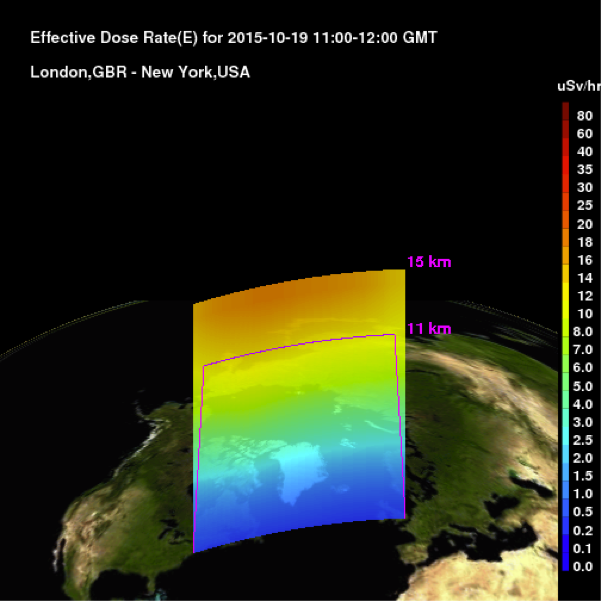 Download Options
The vertical profile of a flight from New York to London shows effective radiation dose (microSievert/hr) exposure increases with flight altitude, as indicated by a color change between 11km and 15km. 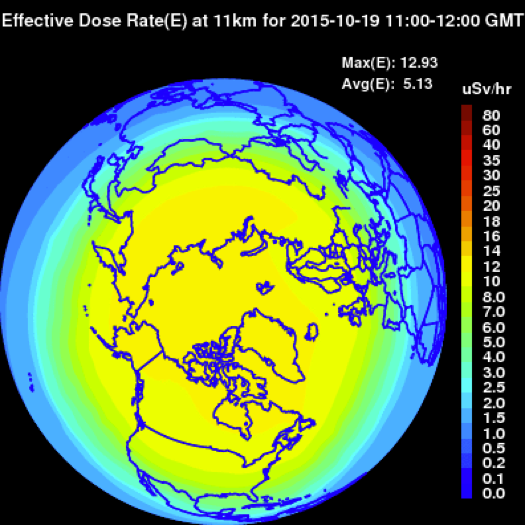 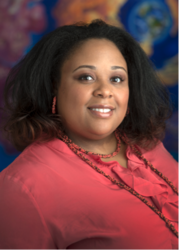 Download Options
Erica Alston earned her Ph.D. in Earth and Atmospheric sciences, concentrating in remote sensing from the Georgia Institute of Technology and a Masters and Bachelors of Science in Mathematical Science at Clark Atlanta University. Outside of work she enjoys being an amateur astronomer, especially around fall. She also loves reading and singing opera, when she’s not on mommy patrol (though mommy patrol is enjoyable too!)