Airborne in the Arctic 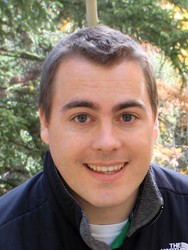 Download Options
Dr. Richard Moore is a Research Physical Scientist at NASA's Langley Research Center in Hampton, Virginia, USA. He studies the interaction between atmospheric aerosols and cloud formation, one of the least-understood aspects of global climate, which allows him to contribute to cutting-edge research. He looks forward to more flights in his upcoming work with the NAAMES mission. In his free time, Rich enjoys photography and uncovering his genealogy.