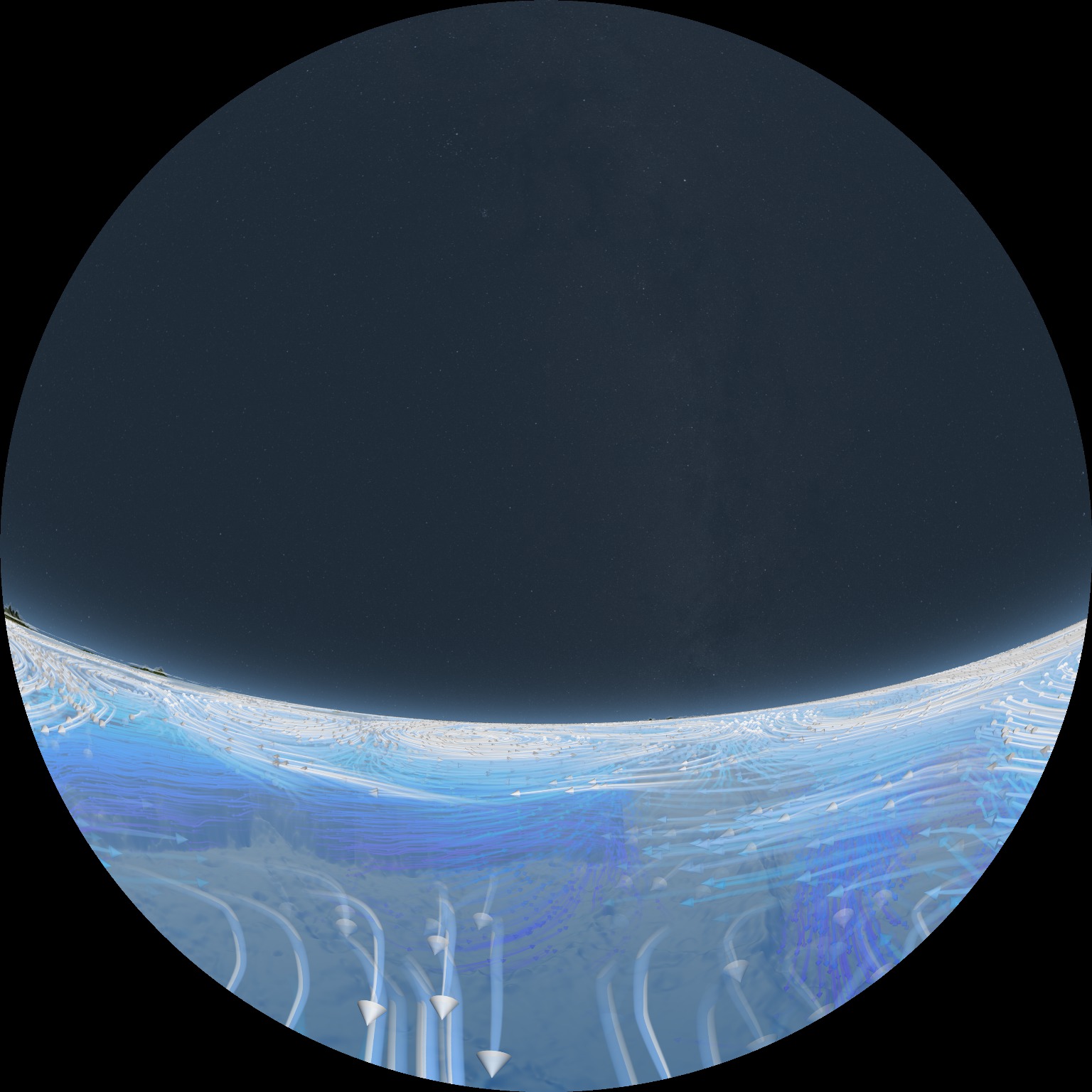 Wind and Ocean Circulation for the Dynamic Earth Dome Show

Wind and Ocean Circulation camera slowly pushes in towards the Earth revealing global wind patterns. The wind patterns are from the MERRA computational model of the atomsphere. As the camera continues to push in, the winds fade away, revealing ocean currents which are driven, in part, by the winds. The ocean currents are from the ECCO-2 computational model of the oceans and ice. Only the higher speed ocean currents are shown. The camera moves around the Western Atlantic highlighting the Gulf stream from above and below. The camera finally emerges from beneath sea level and moves over to the Gulf of Mexico to examine the Loop Current.

This shot is designed to seamlessly match to the end of the Earth/CME shot (animation id #3551.). Topographic features are exaggerated 20 times above water and 40 times below water. The exaggeration is primarily to allow the viewer to distinguish the depths of the flow fields. 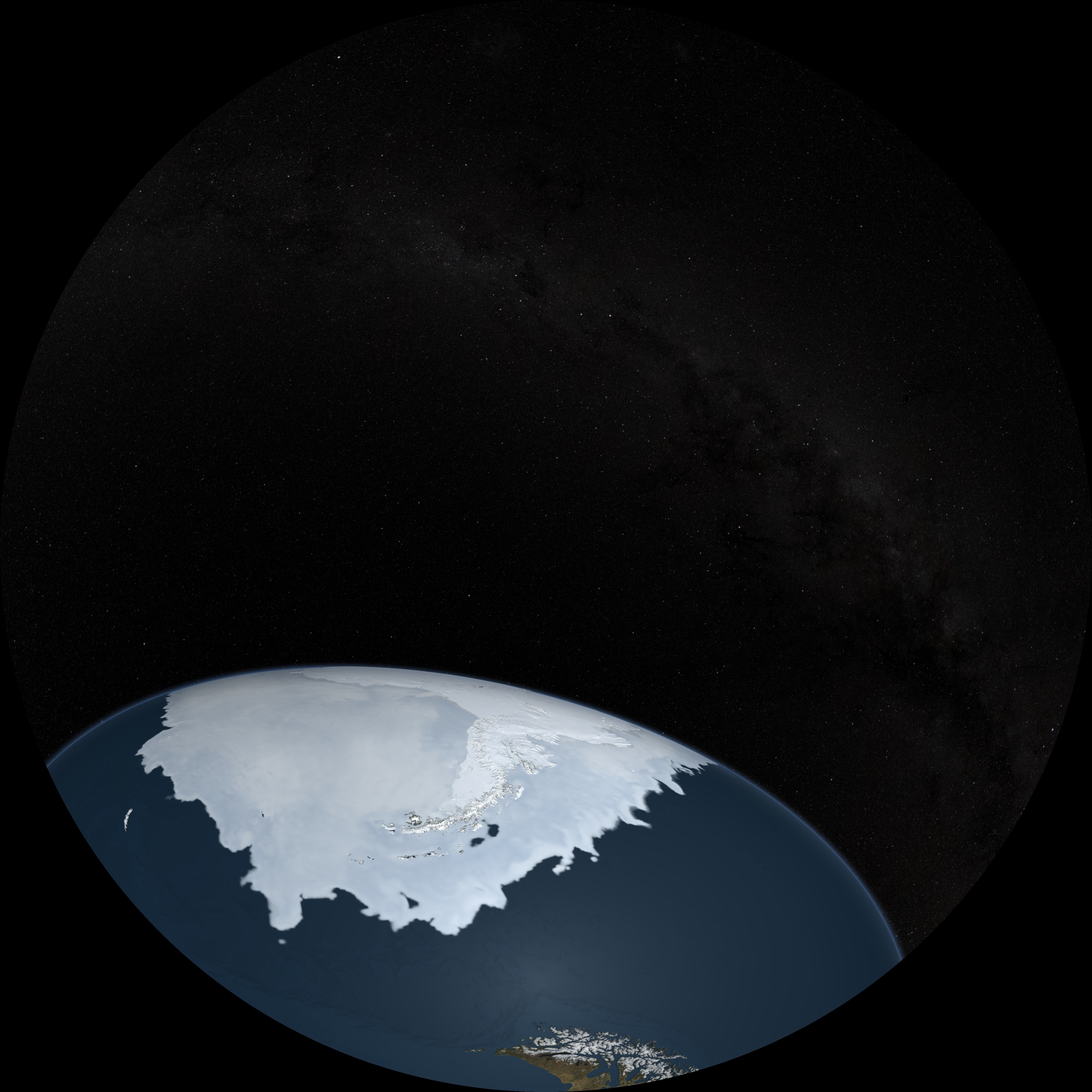 This animation shows the actual advance and retreat of the Arctic and the Antarctic sea ice as seen in satellite data. The day-to-day changes portrayed in the sea ice are derived from a running 3-day average sea ice concentration data in the region where the sea ice concentration is greater than 15%. The blueish white color of the sea ice is derived from a 3-day running miniimum of the AMSR-E 89 GHz brightness temperature data. The animation ends by flying over the Antarctic Peninsula.