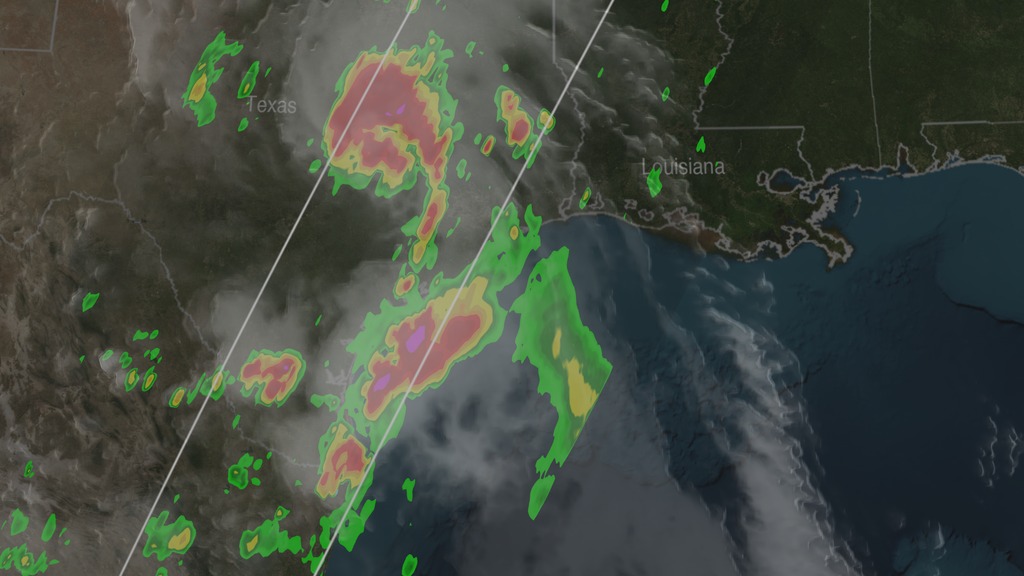 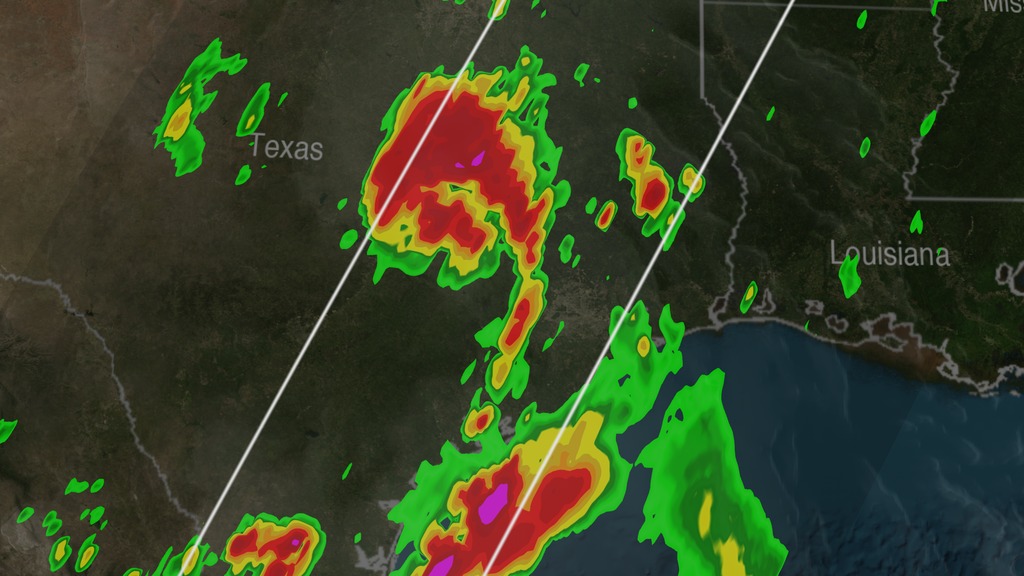 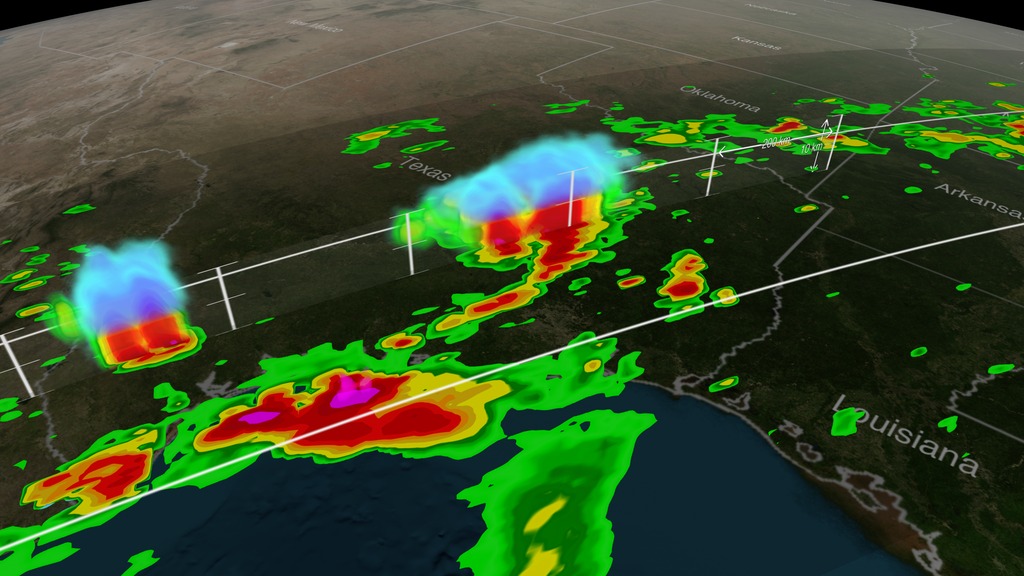 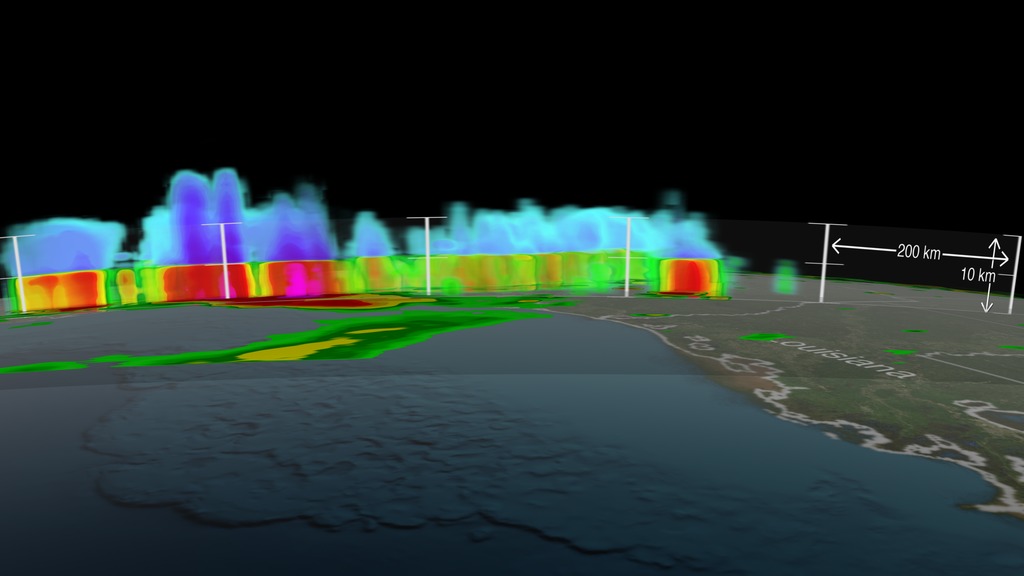 Download Options
Print resolution still showing a side view of Tropical Storm Bill shortly after midnight on June 17, 2015. Notice the intense (red) rainfall rates within the storm as well as very dense frozen precipitation (purple) reaching high up into the atmosphere. 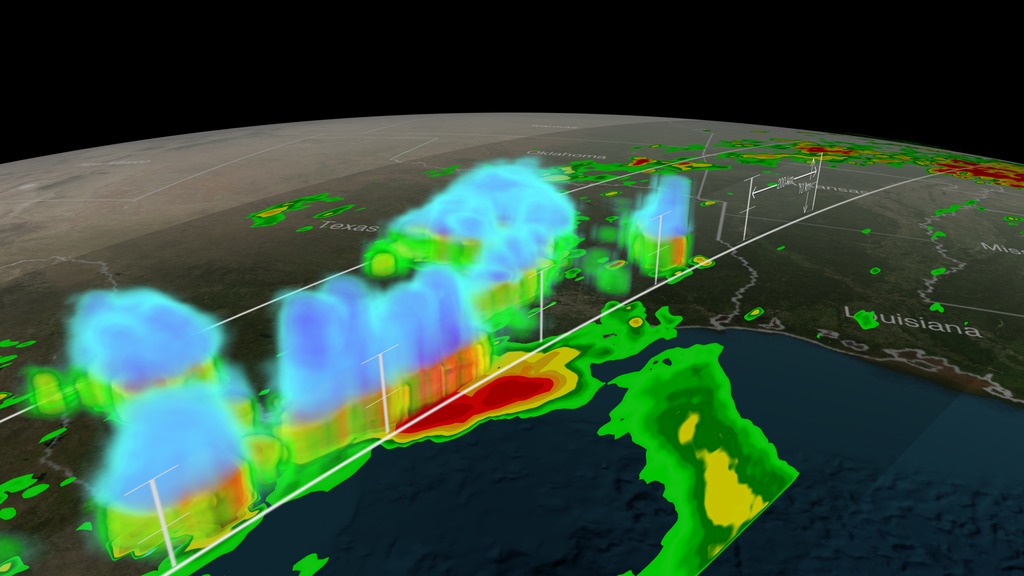 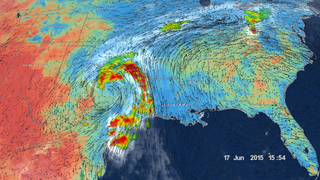 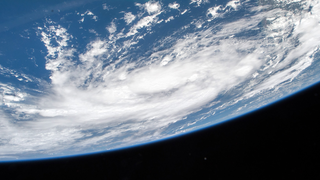 Observed Data - JAXA - 6/17/2015 6:11:27Z
Credit:
Data provided by the joint NASA/JAXA GPM mission.
view all stories where this data set is used
Note: While we identify the data sets used in these visualizations, we do not store any further details nor the data sets themselves on our site.