Visualizations by Lori Perkins Released on December 17, 2014
Download Options
NASA satellite instruments have observed a marked increase in solar radiation absorbed in the Arctic since the year 2000 – a trend that aligns with the drastic decrease in Arctic sea ice during the same period. This visual shows the Arctic Sea Ice Change and the corresponding Absorbed Solar Radiation Change during June, July, and August from 2000 through 2014.
This video is also available on our YouTube channel. 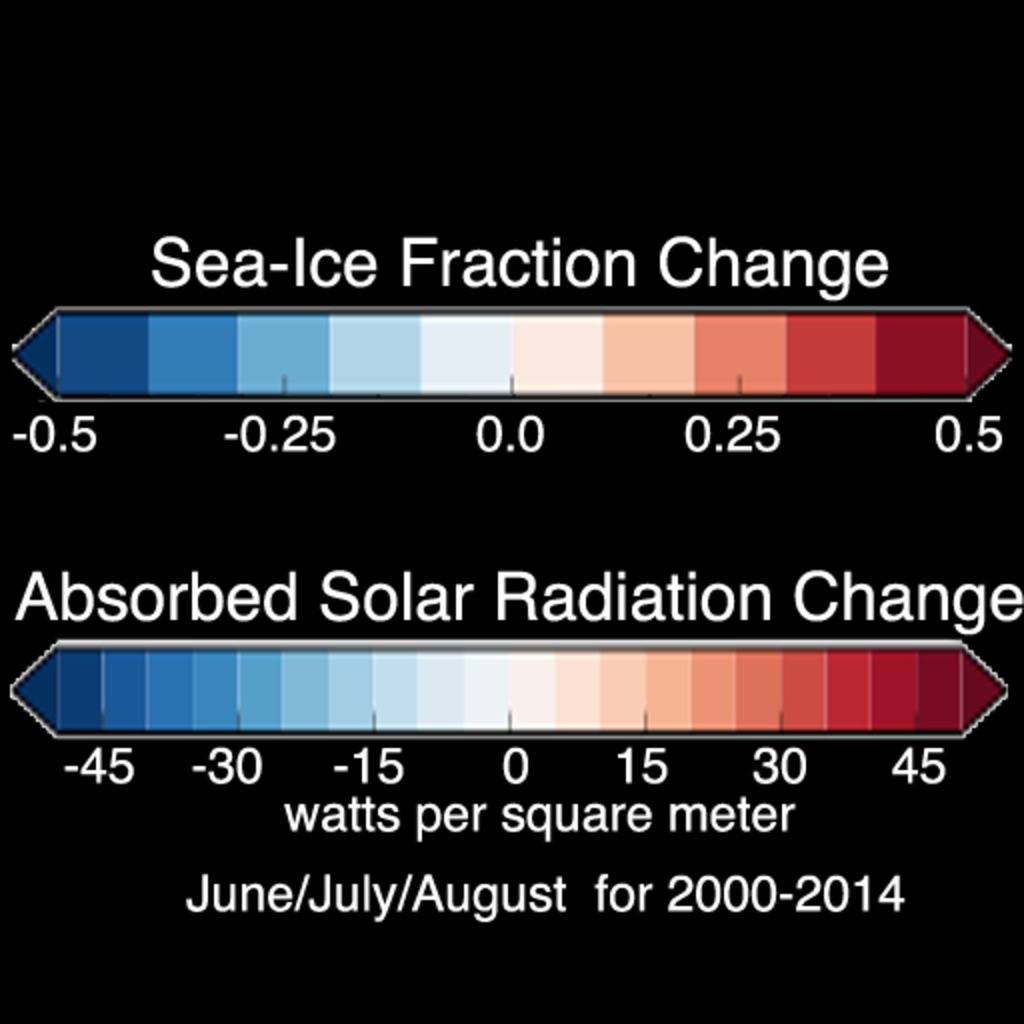 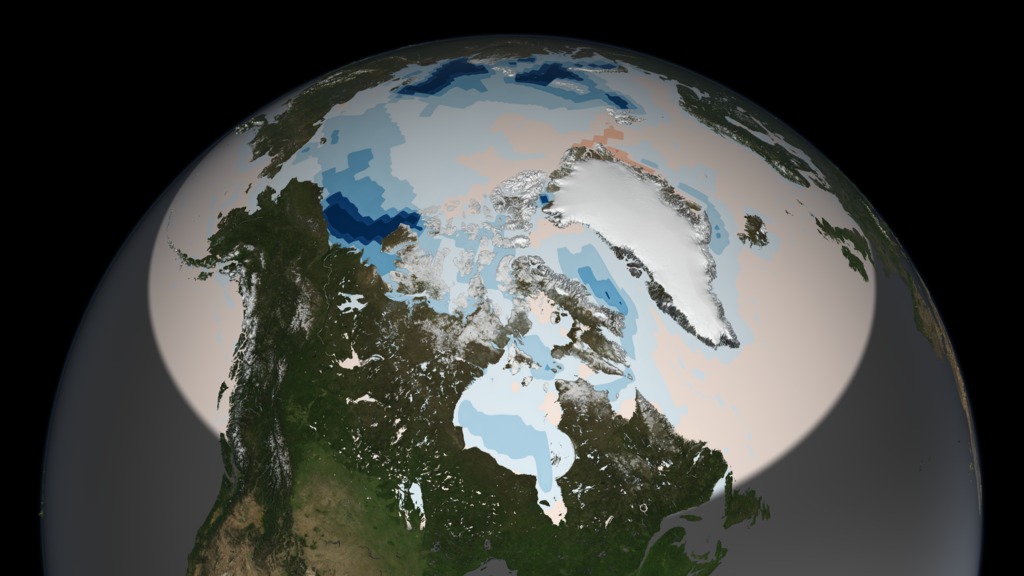 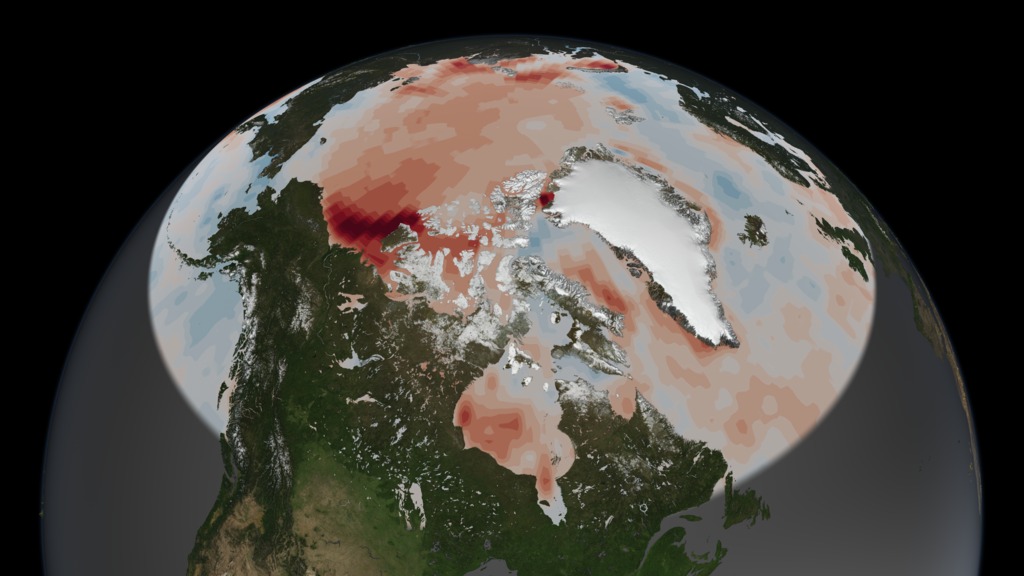 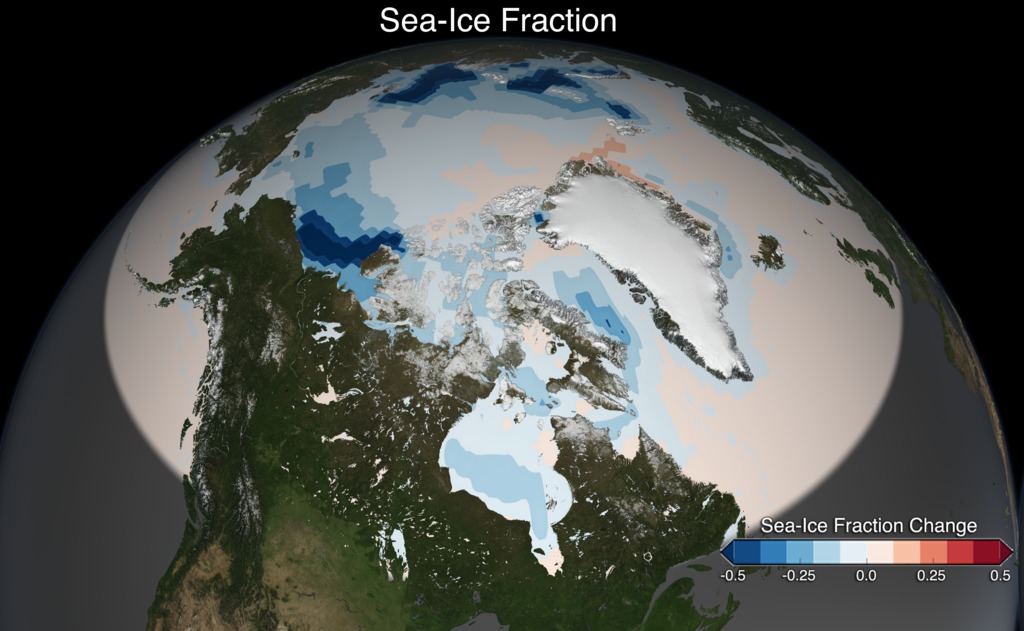 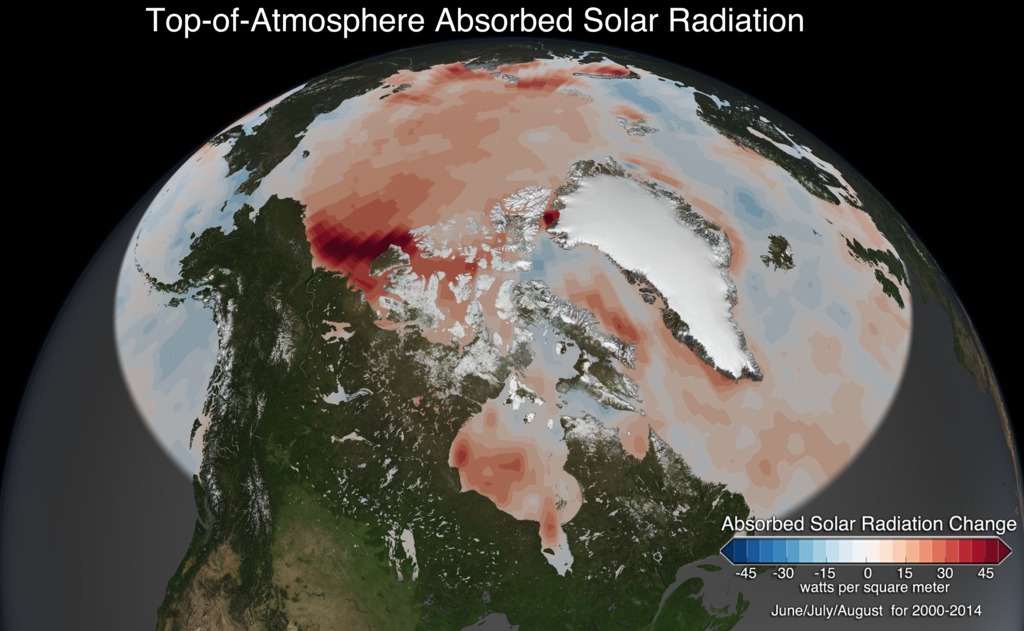 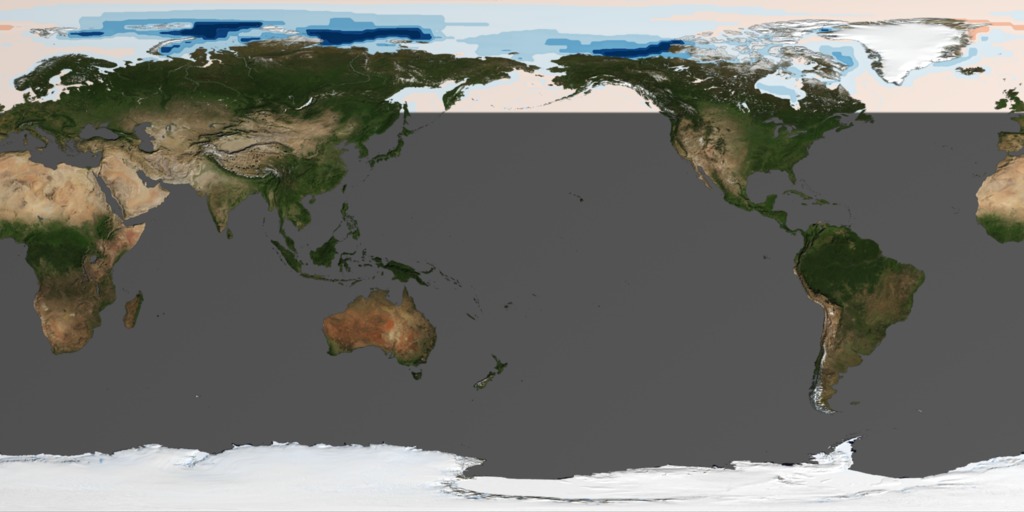 This version is designed to be displayed on the Science On a Sphere device. 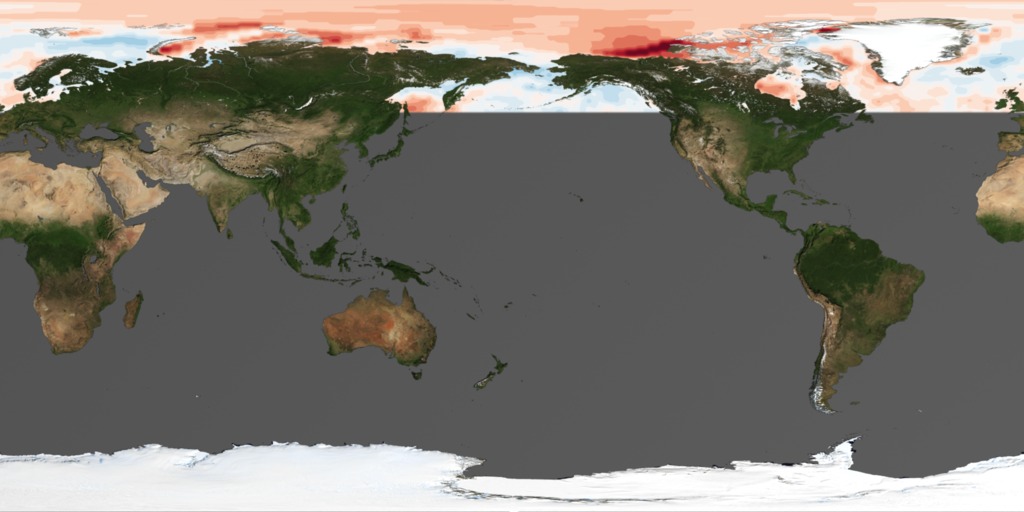 Download Options
Top-of_Atmosphere (TOA) Absorbed Solar Radiation during June, July, and August from 2000 through 2014 (CERES period). This version is designed to be displayed on the Science On A Sphere device. 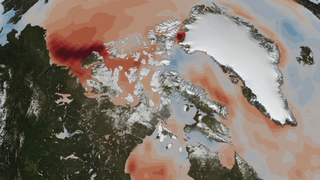 Data from SORCE for the flux magnitude at the Earth's orbit, coupled with solar incidence angles based on CERES measurement locations and times
view all stories where this data set is used

This item is part of this series:
Climate