Visualizations by Tom Bridgman Released on October 8, 2014
Download Options
A complete movie presenting the geocentric coodinate systems in the order described below. 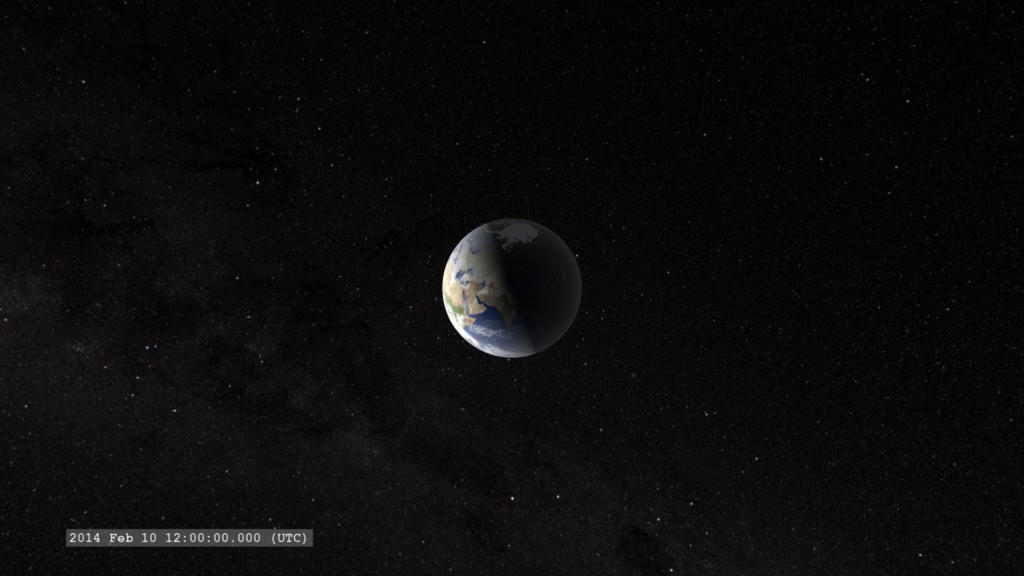 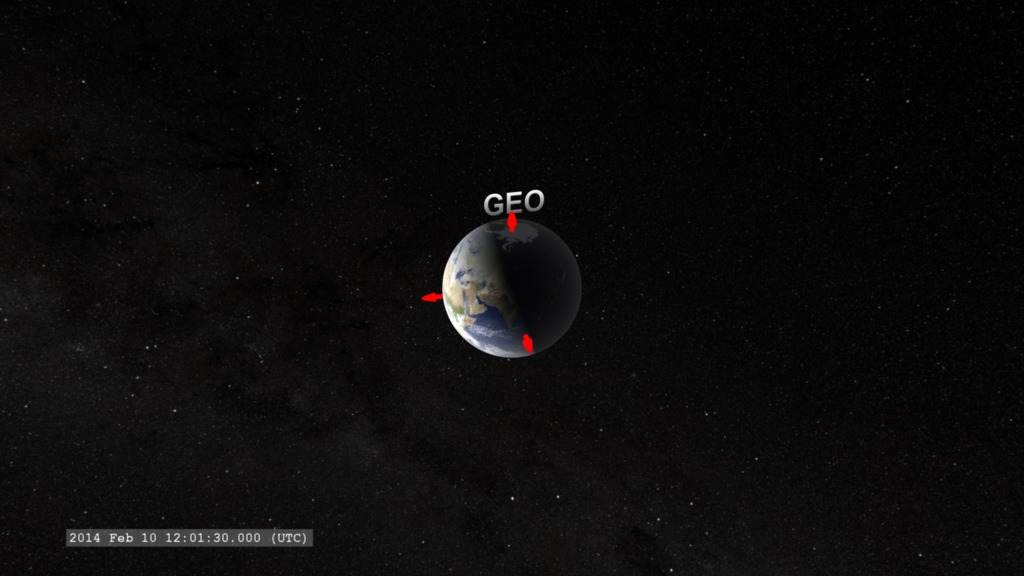 Download Options
Earth with a 3-D geocentric axes (red) fixed to the body of Earth. Good for measuring locations fixed on, near the surface, or inside Earth. 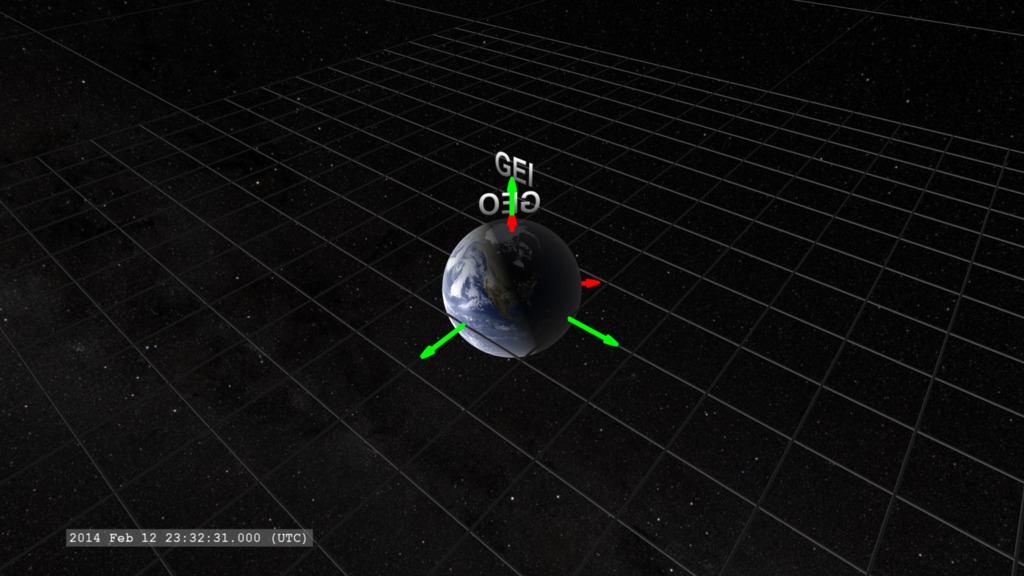 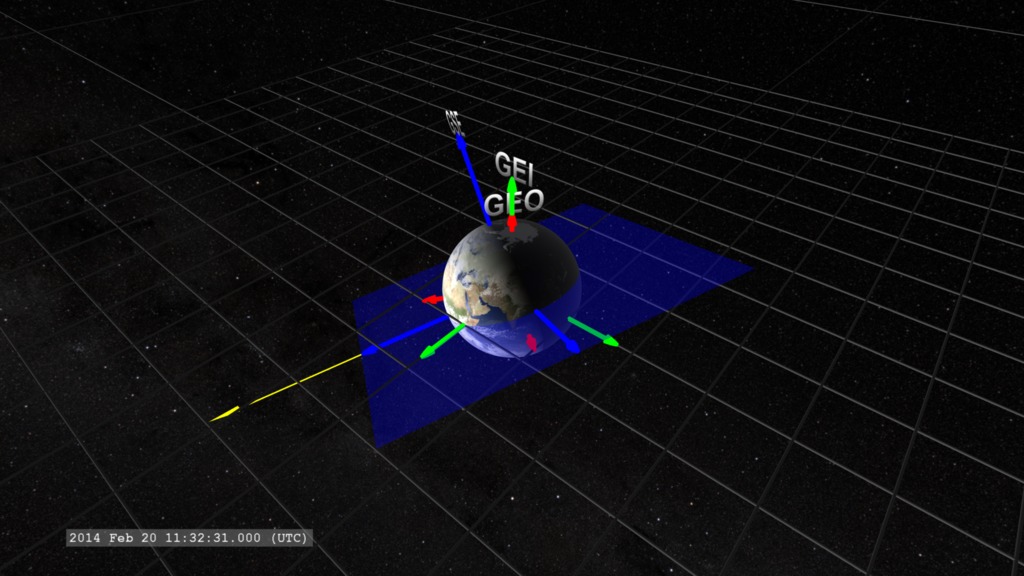 Download Options
The direction of the Sun (yellow arrow) is an important direction for many situations involving space weather near Earth. With it, we define the Geocentric Solar Ecliptic (GSE) coordinate system (blue). The blue plane defines the ecliptic plane near Earth. 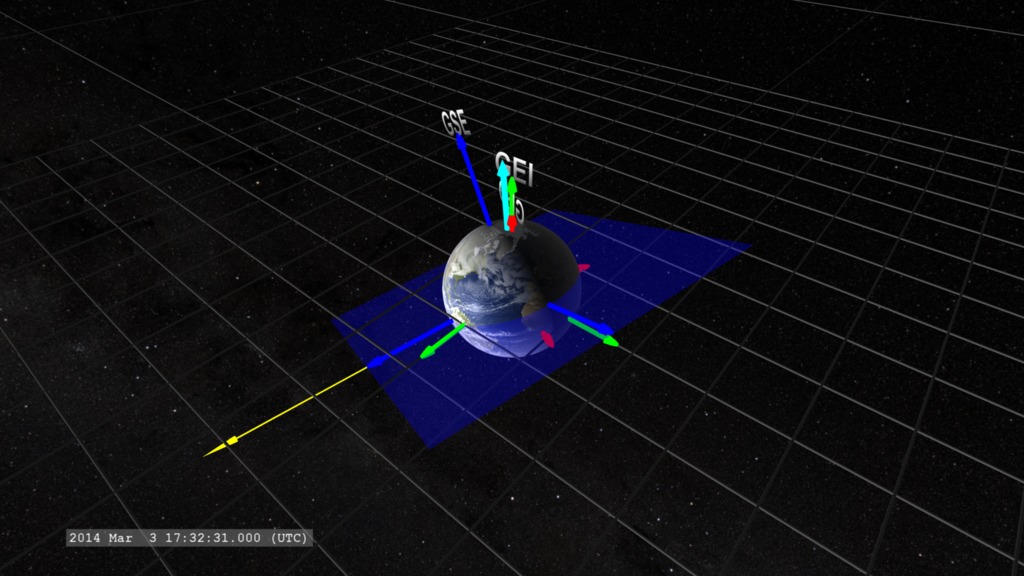 Download Options
The cyan arrow marks the direction of Earth's magnetic axis. Note the magnetic axis is not the same as Earth's rotation axis. 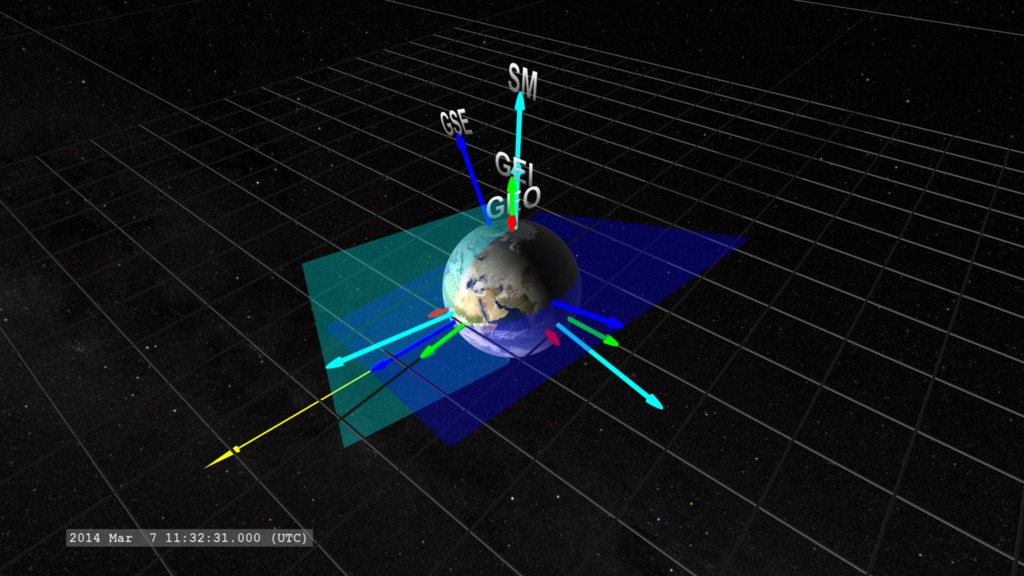 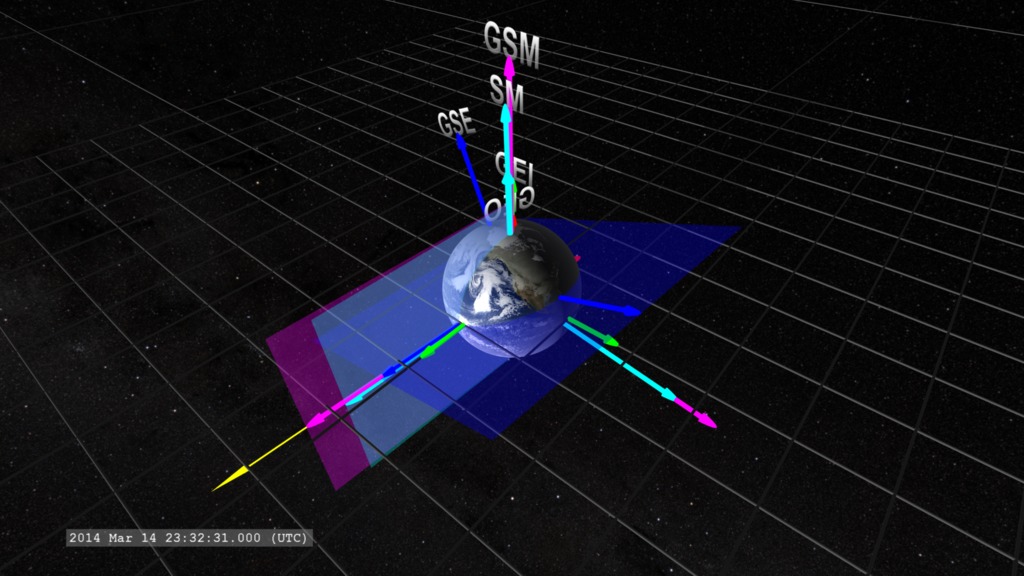 Download Options
Finally, we display the Geocentric Solar Magnetic (GSM) coordinate system in magenta. The x-axis of this system is coincident with the Sun direction (yellow arrow) and the x-axis of the GSE system (blue). 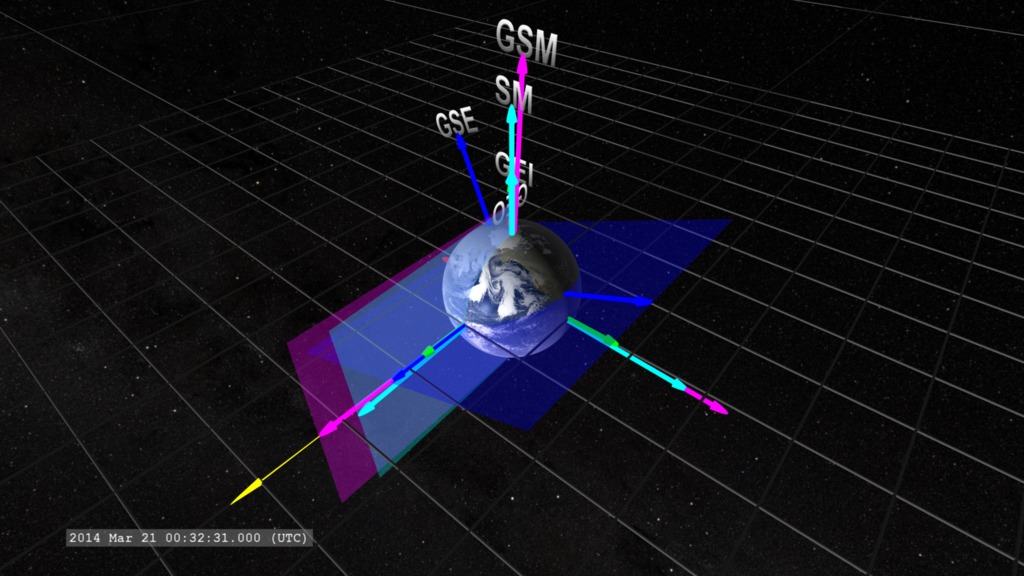 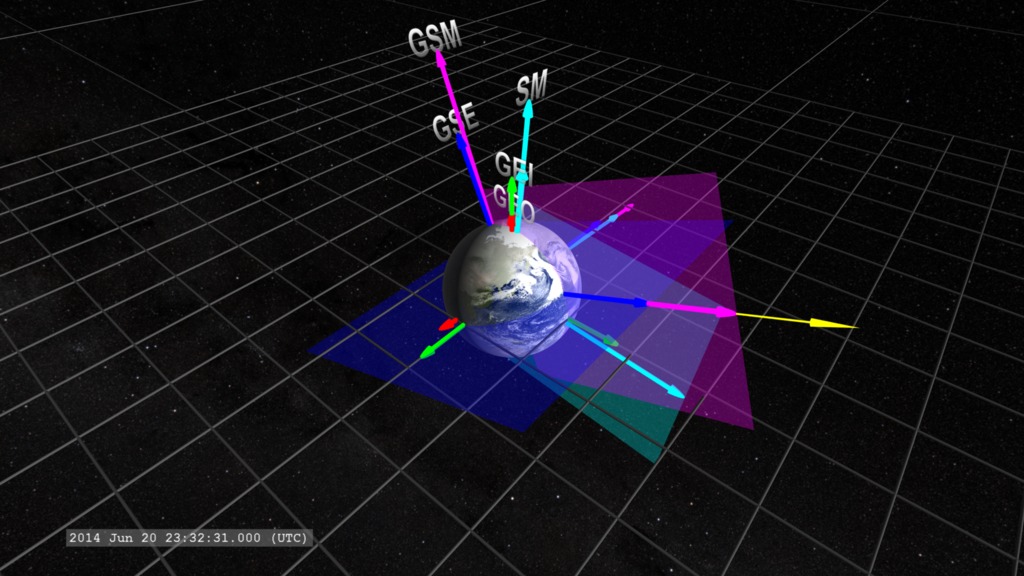 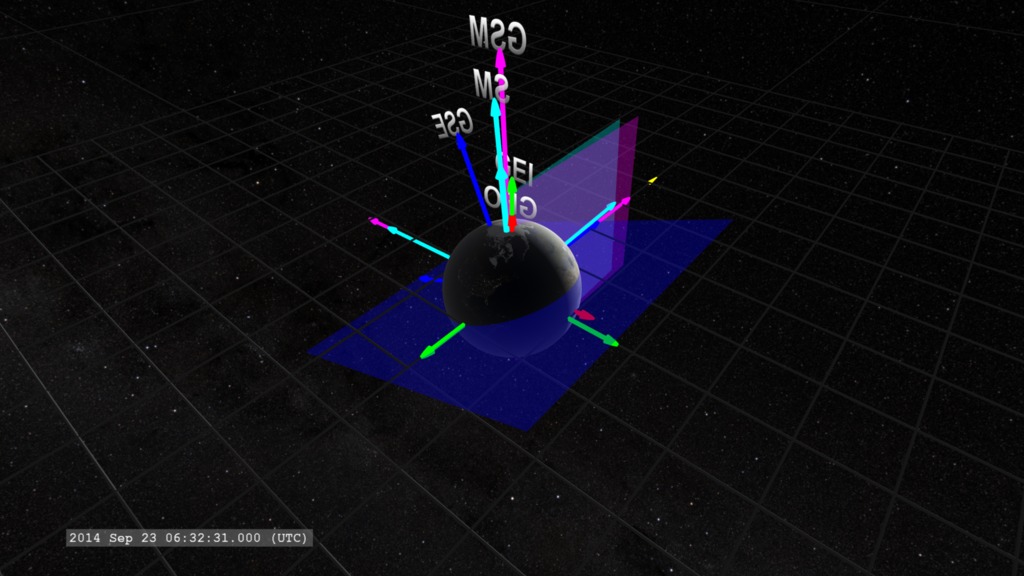 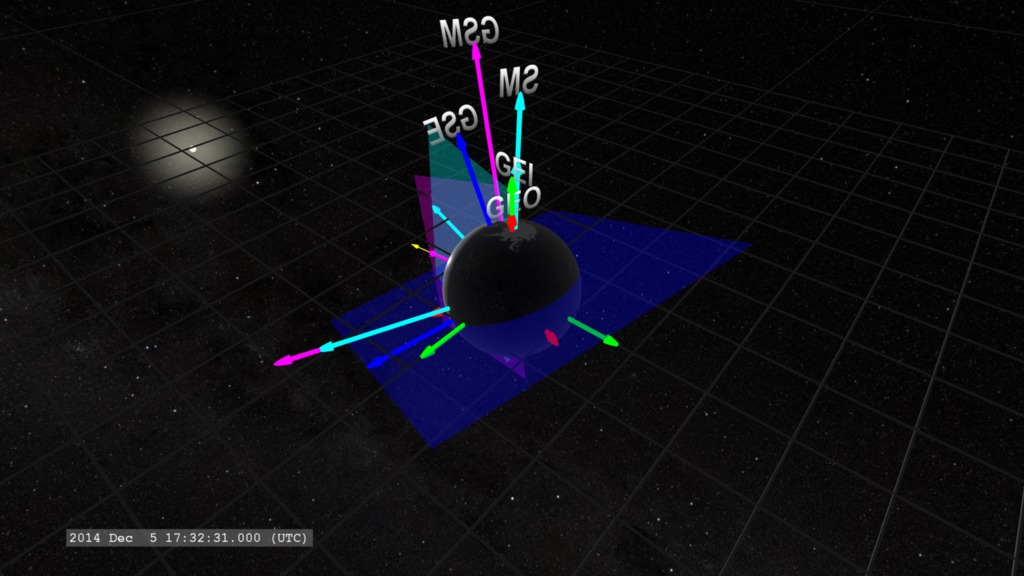 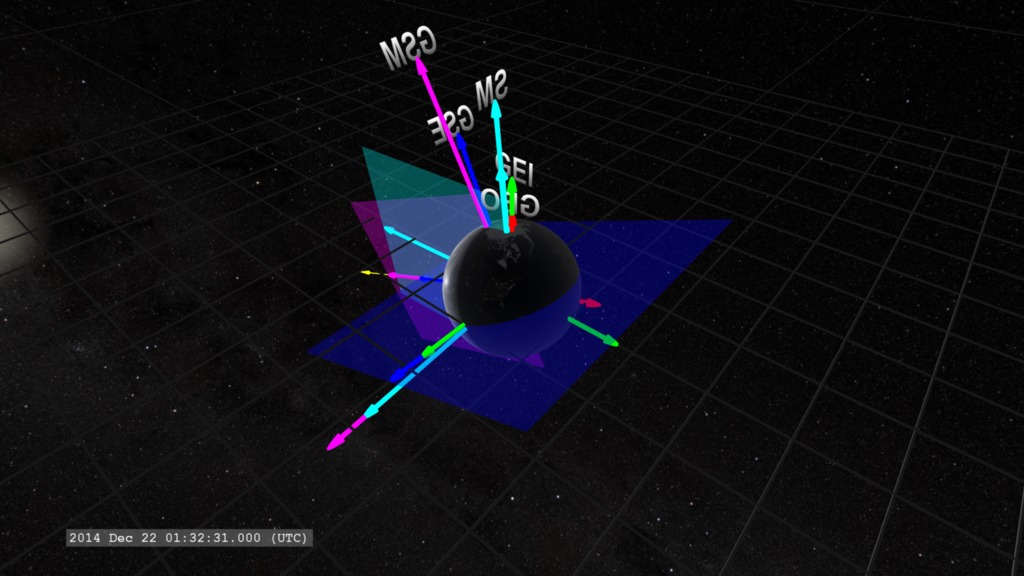