Visualizations by Lori Perkins Released on December 4, 2013
Download Options
This visualization starts with a global view and then zooms down to Antarctica textured by LIMA data. To bring out the subtle topographical ridges, the topography is exagerrated by 60x. Then, the MOA shaded relief dataset is featured. Next, NOAA's AVHRR minimum temperature is shown followed by NASA's AQUA/MODIS minimum temperature. Frequency < 185 degrees kelvin are shown. Finally, all temperatures that are less then 181 degrees kelvin (-92 degrees celsius or -134 degrees Fahrenheit) are shown. The coldest temperature recorded from 2003 through 2013 is -93.2 degrees Celsius on August 10, 2010. On July 31, 2013 it was -93.0 degrees celsius.

Download Options
AQUA/MODIS Minimum Temperature Frequency below 185 degrees Kelvin.
Download Options
This sequence of frames does not have the data description labels overlaid on top of the data. 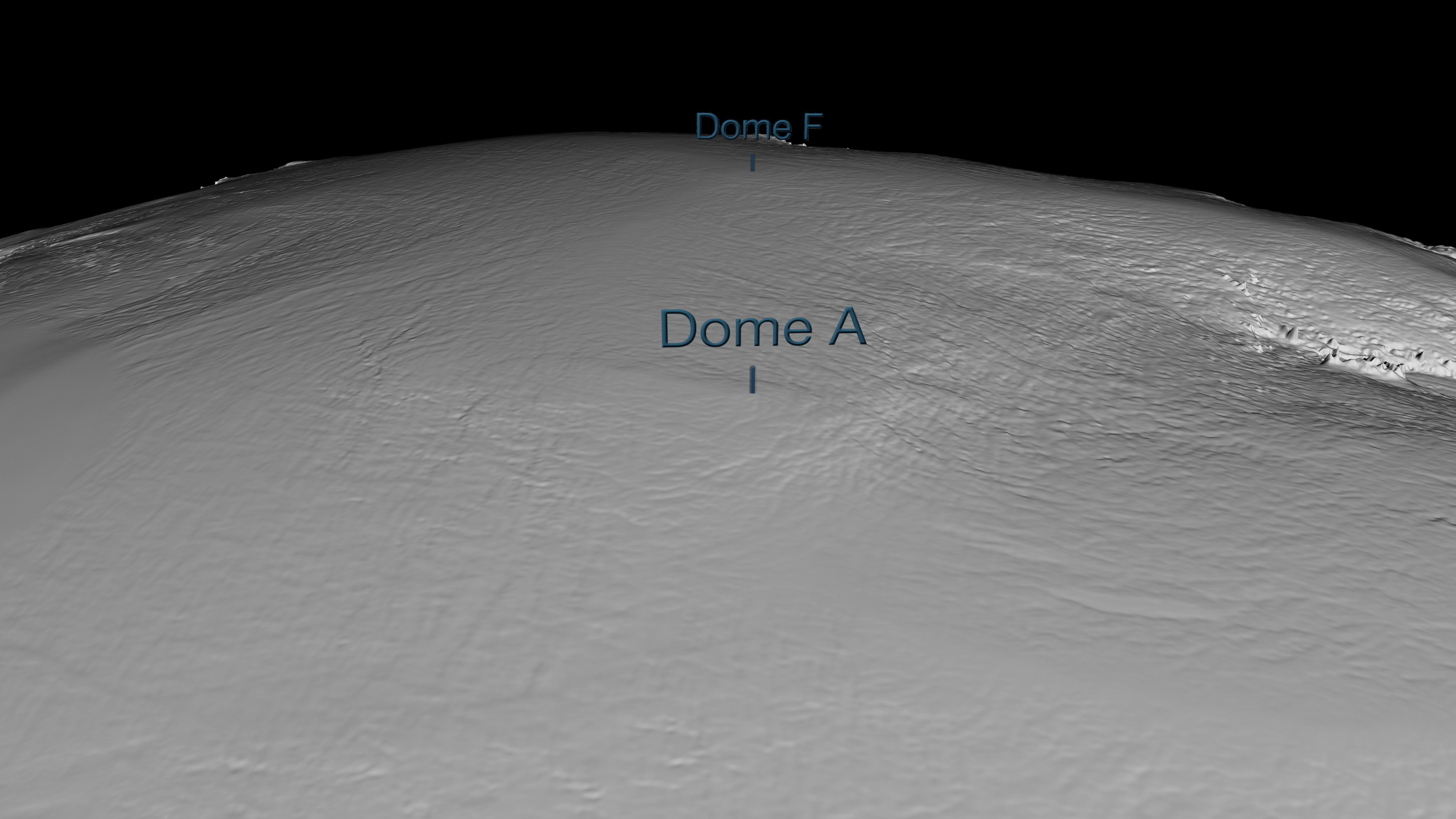 Download Options
The coldest place on Earth location between Dome A and Dome F. 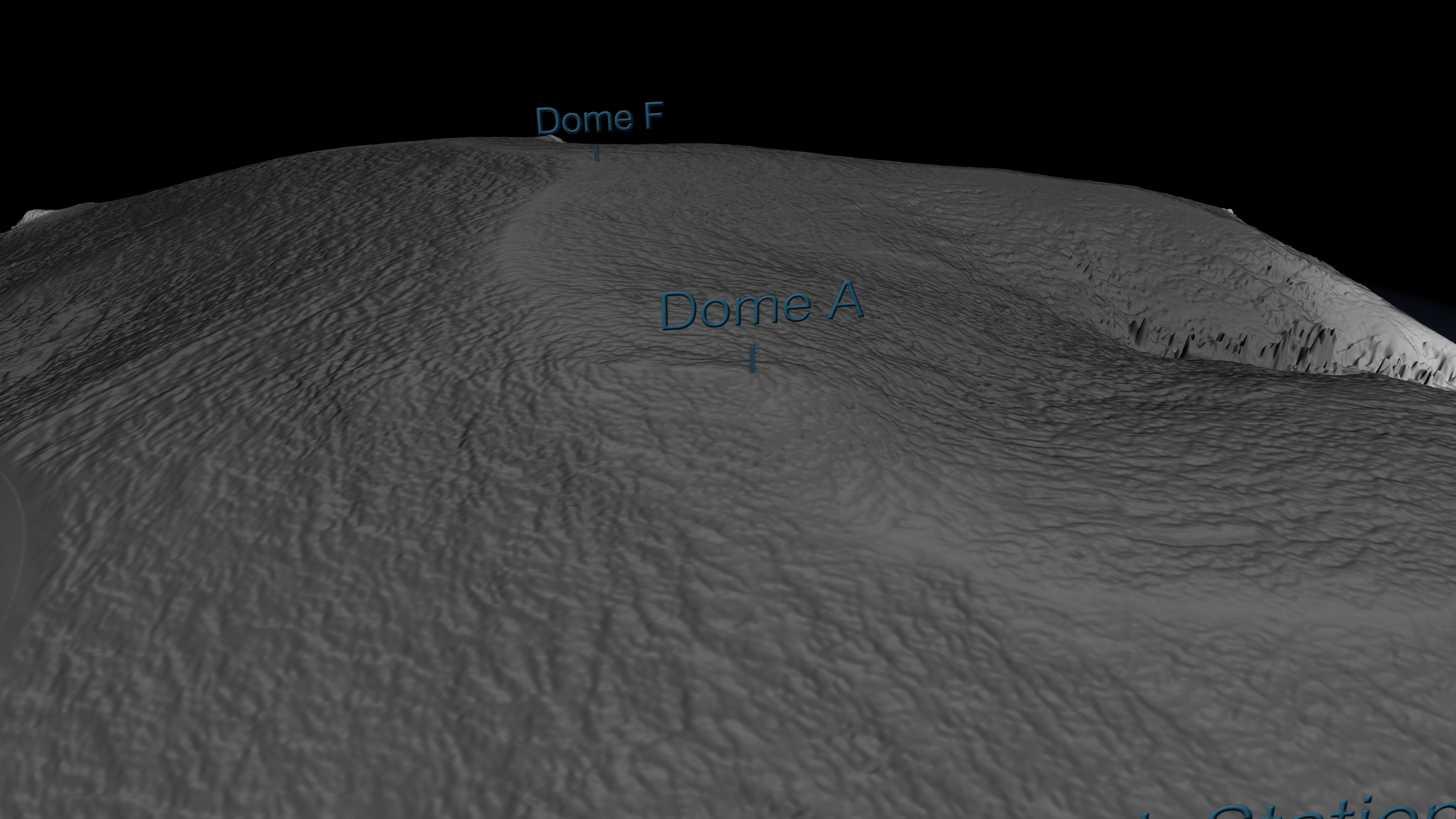 Download Options
To bring out the subtle ridge between Dome F and Dome A, this image exaggerates the topography by 60x and uses the Bamber Shaded Relief data as its texture. 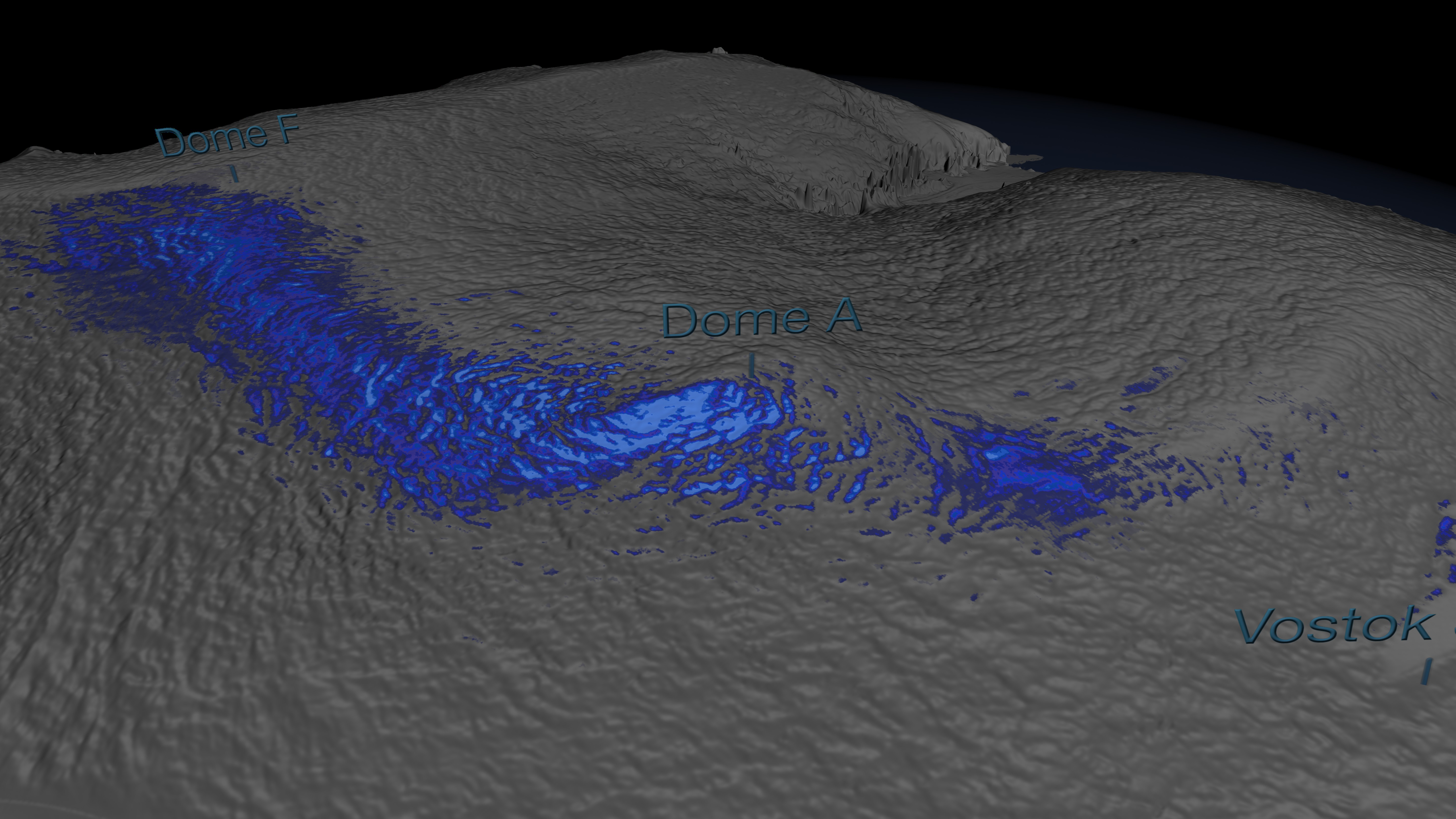 Download Options
The coldest place on Earth as seen by NASA's AQUA/MODIS data. 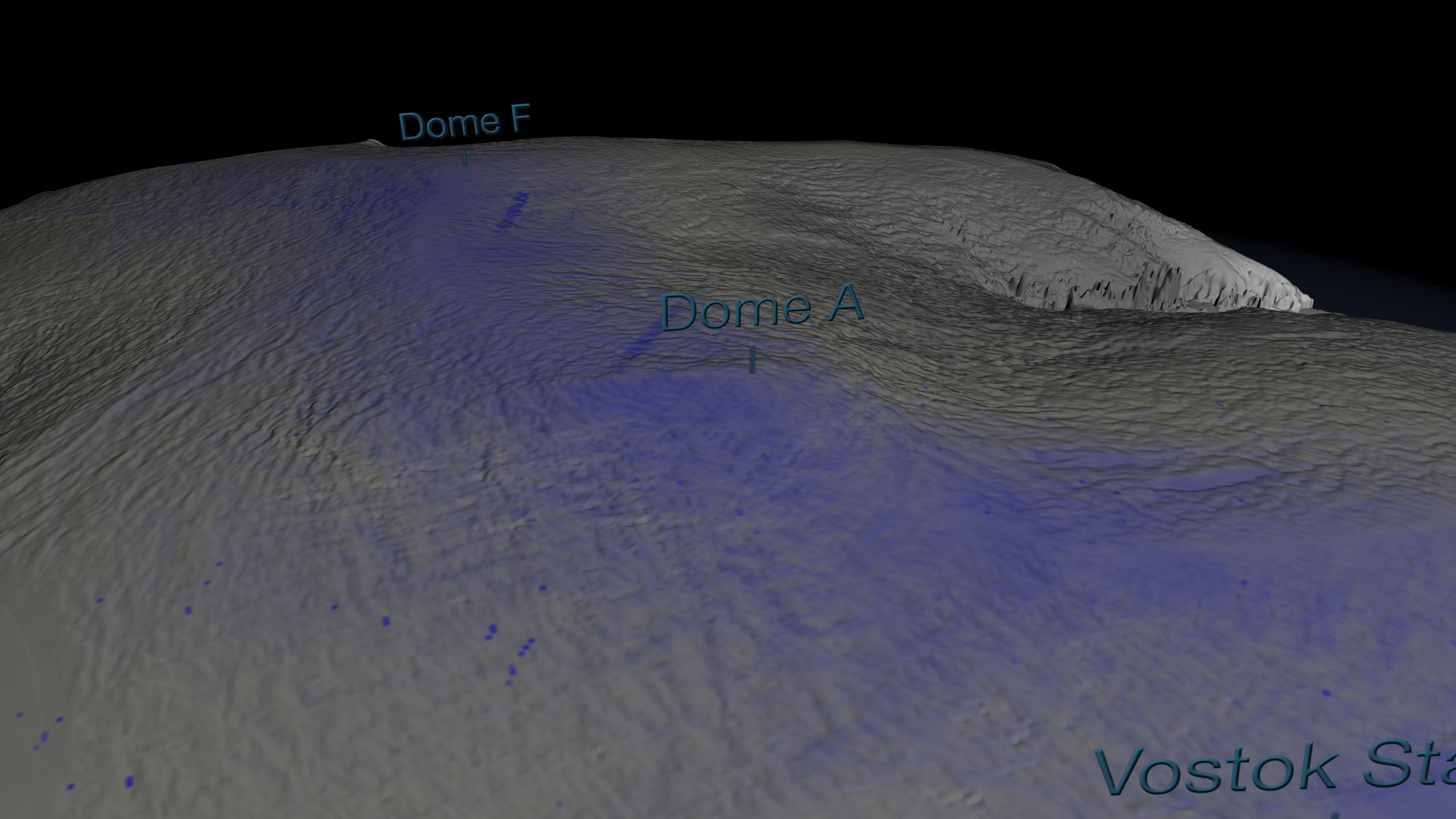 Download Options
The coldest place on Earth as seen by NOAA/AVHRR data. 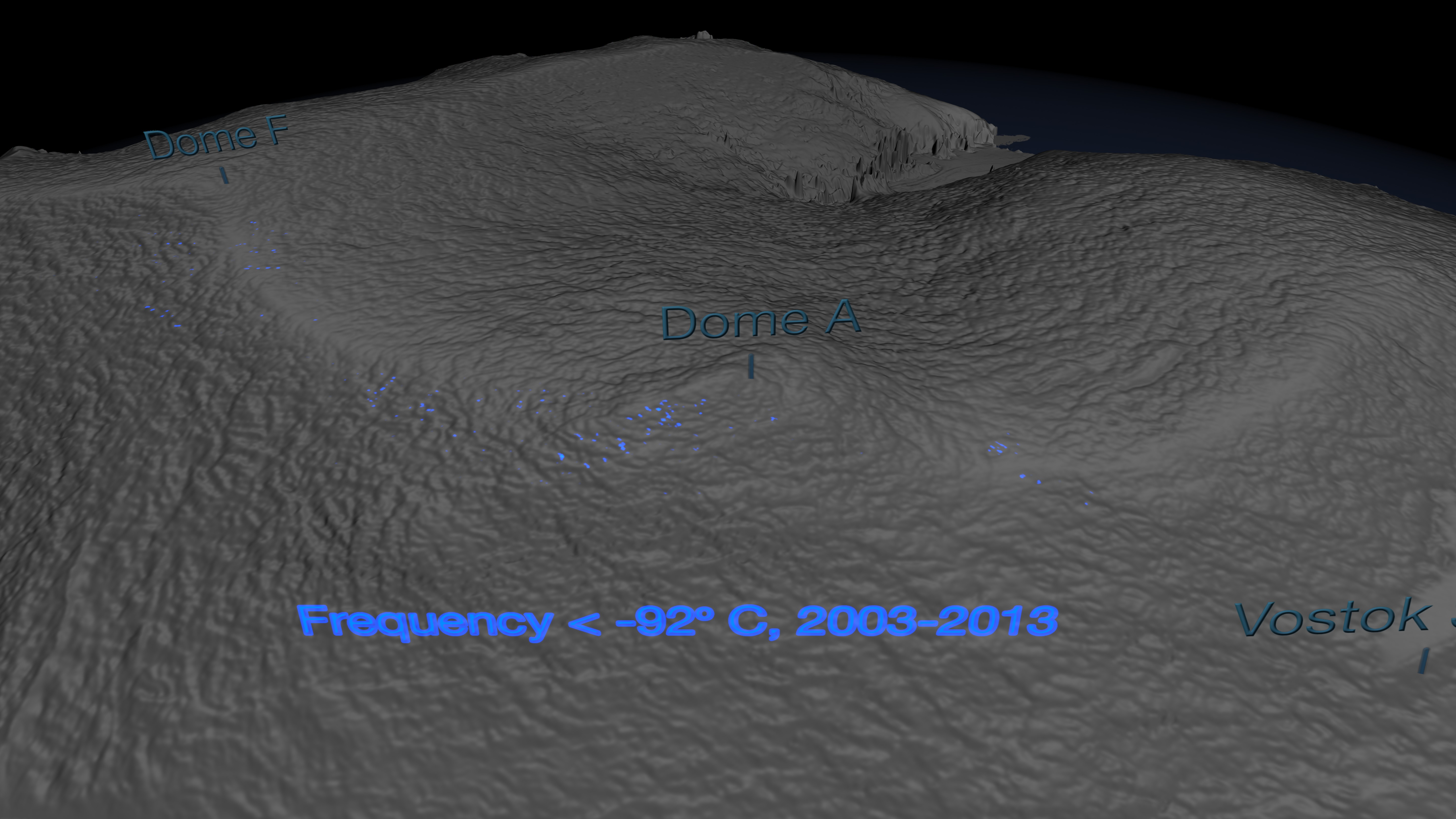 Download Options
The electric blue dots show the most extremely cold temperatures recorded on our planet between 2003 and 2012 on our planet, -92 degrees Celsius or 181 degrees kelvin.

Aqua/MODIS/Frequency_less_185k also referred to as: freq185

Aqua/MODIS/Frequency_less_181K also referred to as: freq181