Potential Evaporation in North America Through 2100

Visualizations by Trent L. Schindler Released on August 9, 2013
Download
Potential Evaporation with Respect to 1980
Download
No Colorbar, No Dates 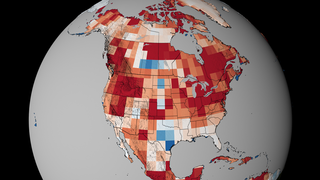 Analysis
view all stories where this data set is used