Visualizations by Helen-Nicole Kostis Released on December 5, 2012
Download Options
The ESI tracking system monitors drought by picking up signals of plant stress. This narrated visualization demonstrates how drought developed in 2010, 2011, and 2012. 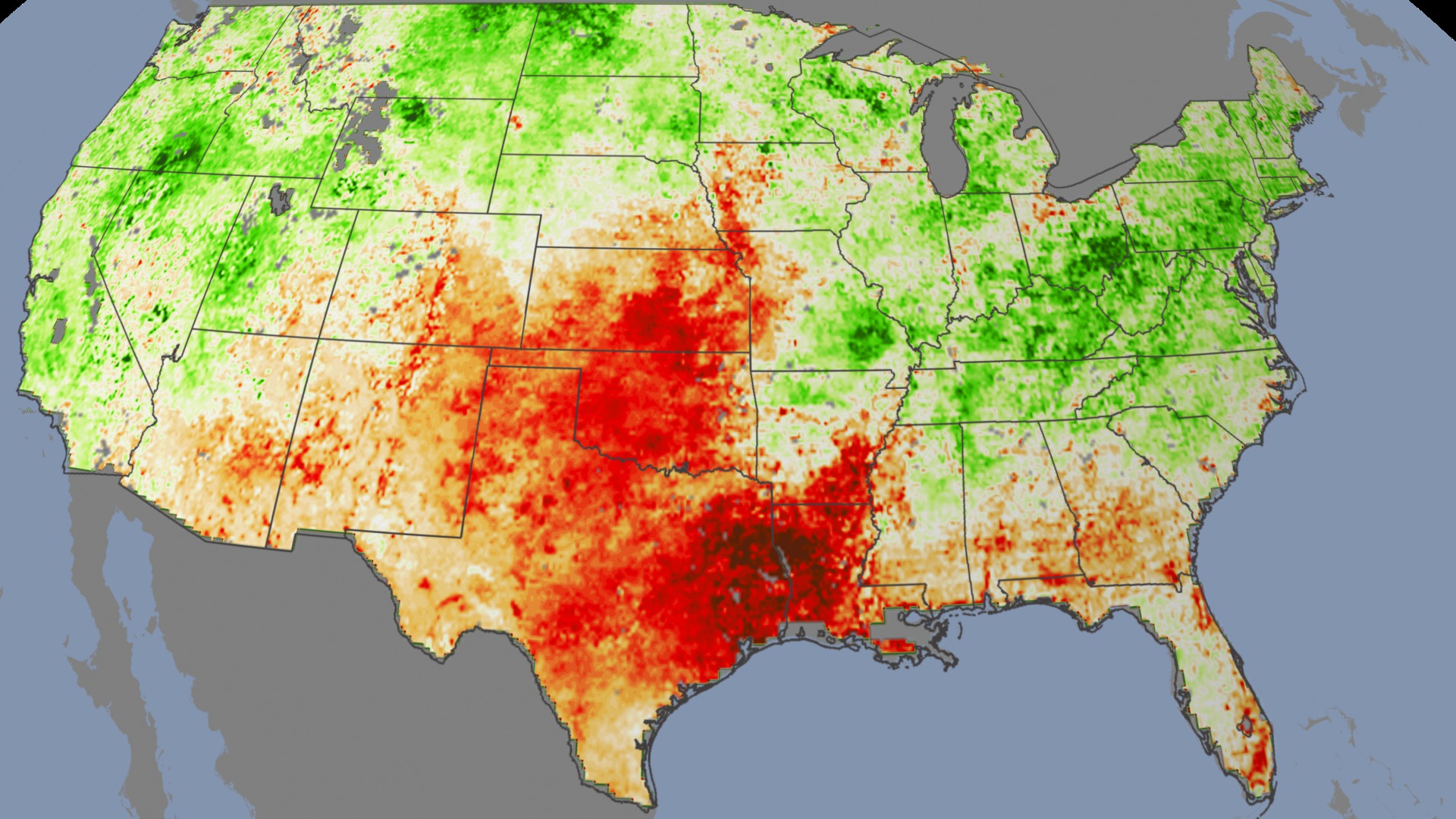 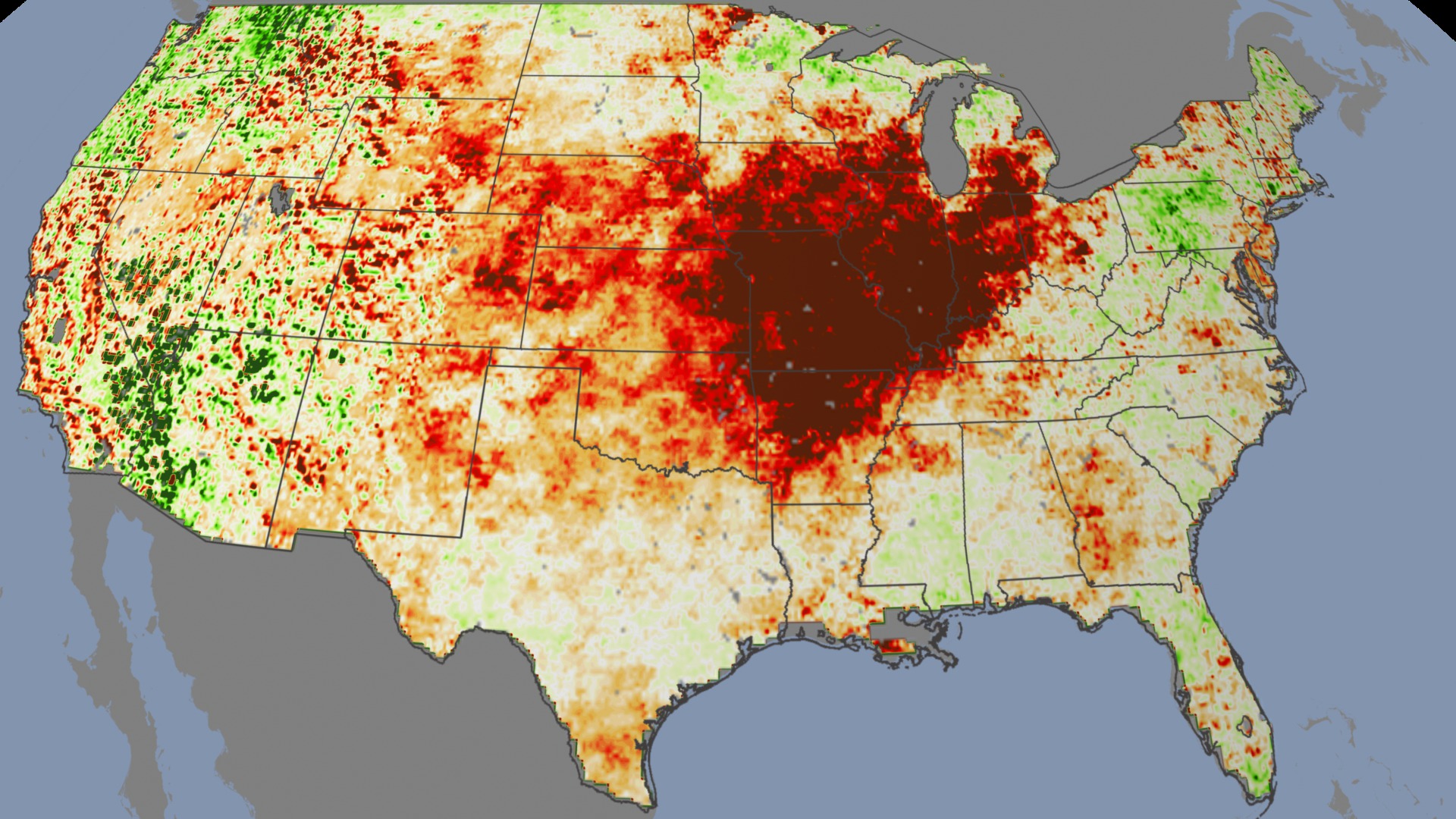 Download Options
Still image showing Evaporative Stress Index data from August 18, 2012, when the drought in the mideast US was extremely high and spread over several states. 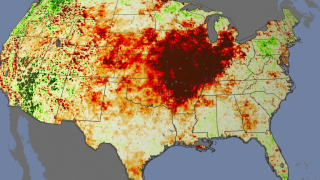 https://hrsl.ba.ars.usda.gov/drought/about.php
Credit:
USDA-ARS Hydrology and Remote Sensing Laboratory (M.C. Anderson) and the NOAA-NESDIS Center for Satellite Applications and Research (C.R. Hain and X. Zhan).
view all stories where this data set is used
Note: While we identify the data sets used in these visualizations, we do not store any further details nor the data sets themselves on our site.