Visualizations by Cindy Starr Released on July 2, 2012
Download
This animation shows how ice is naturally transported from interior topographic divides to the coast via glaciers. The colors represent the speed of ice flow, with areas in red and purple flowing the fastest at rates of kilometers per year. The vectors indicate the direction of flow.
This video is also available on our YouTube channel. 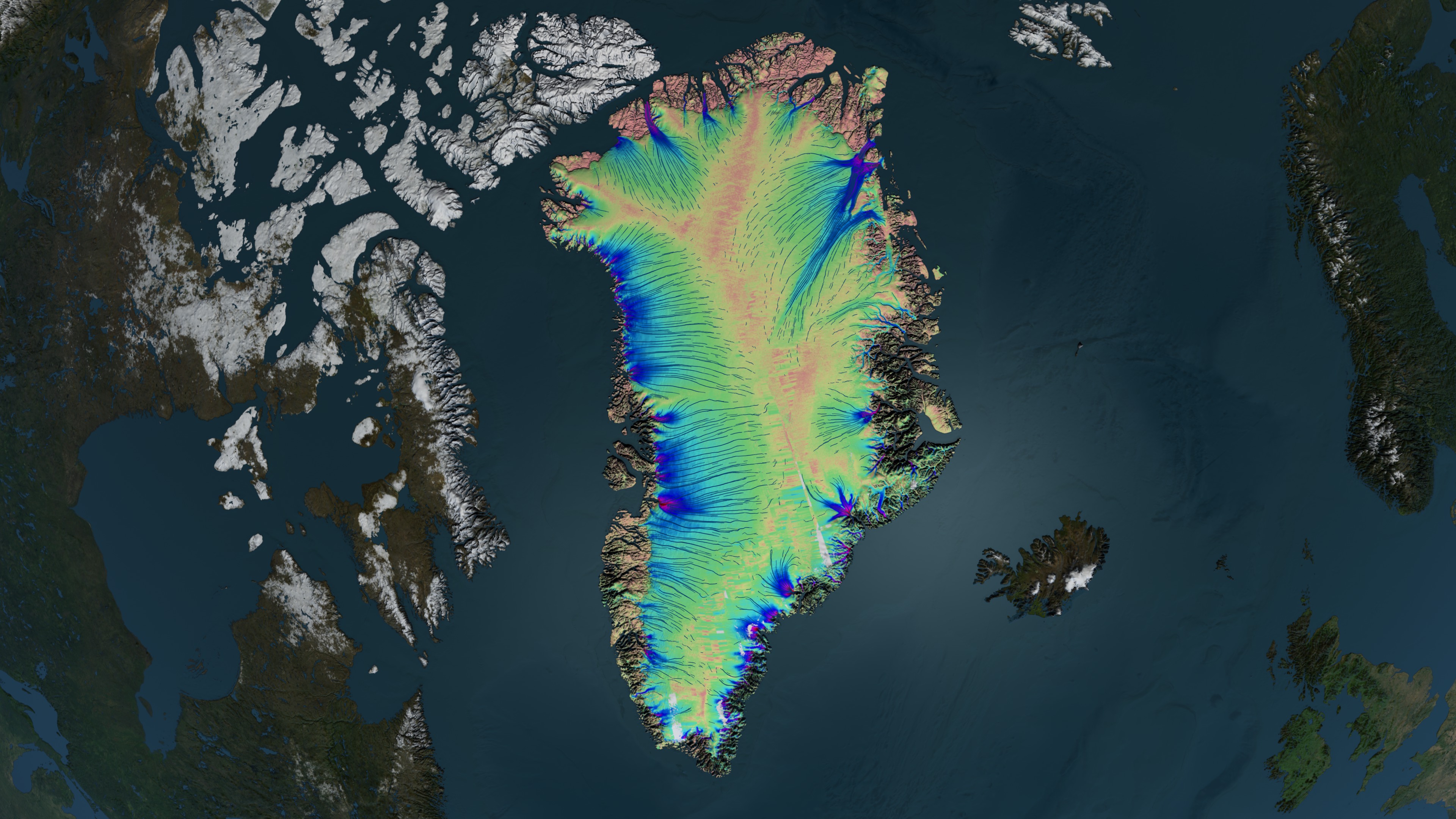 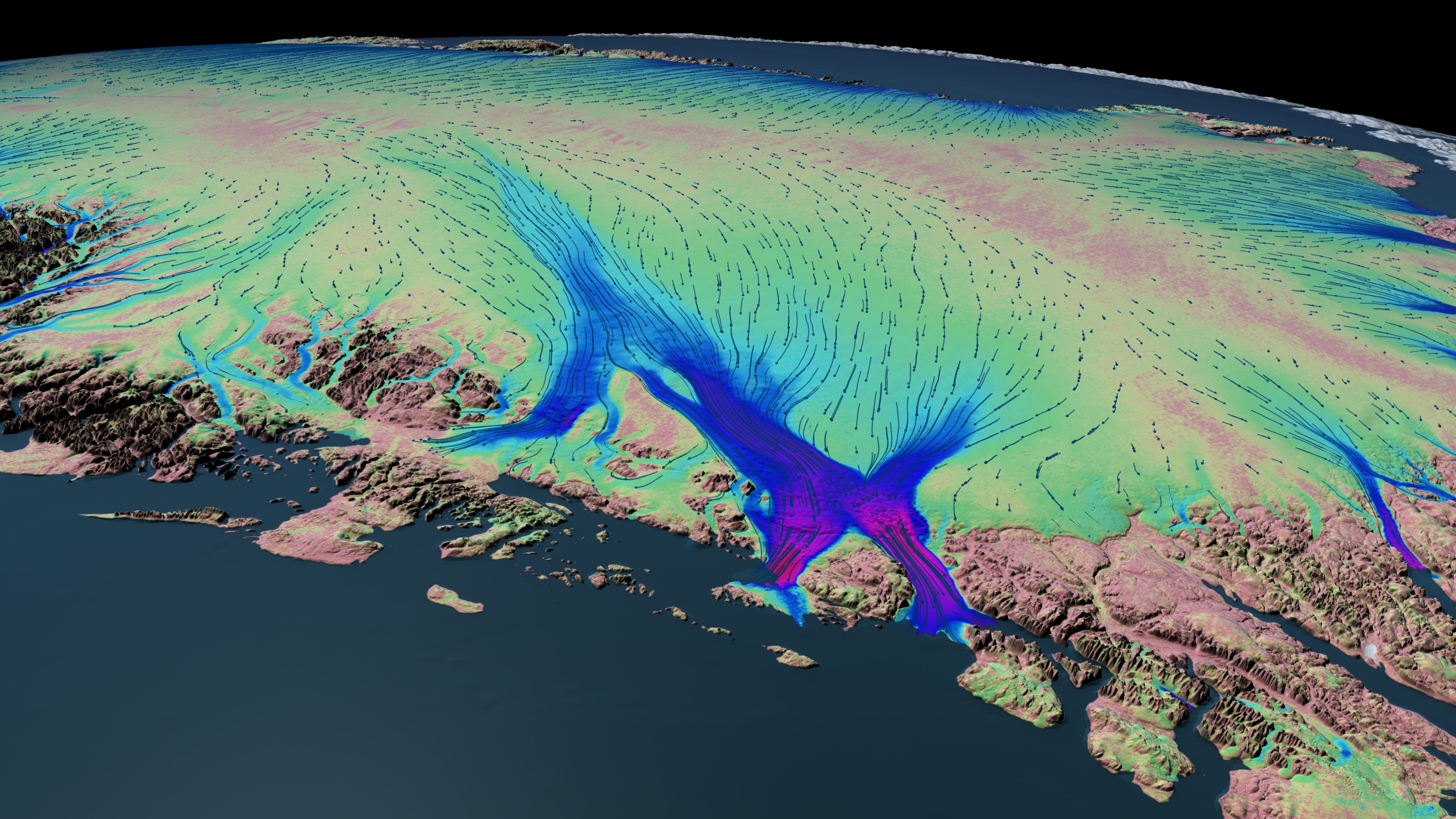 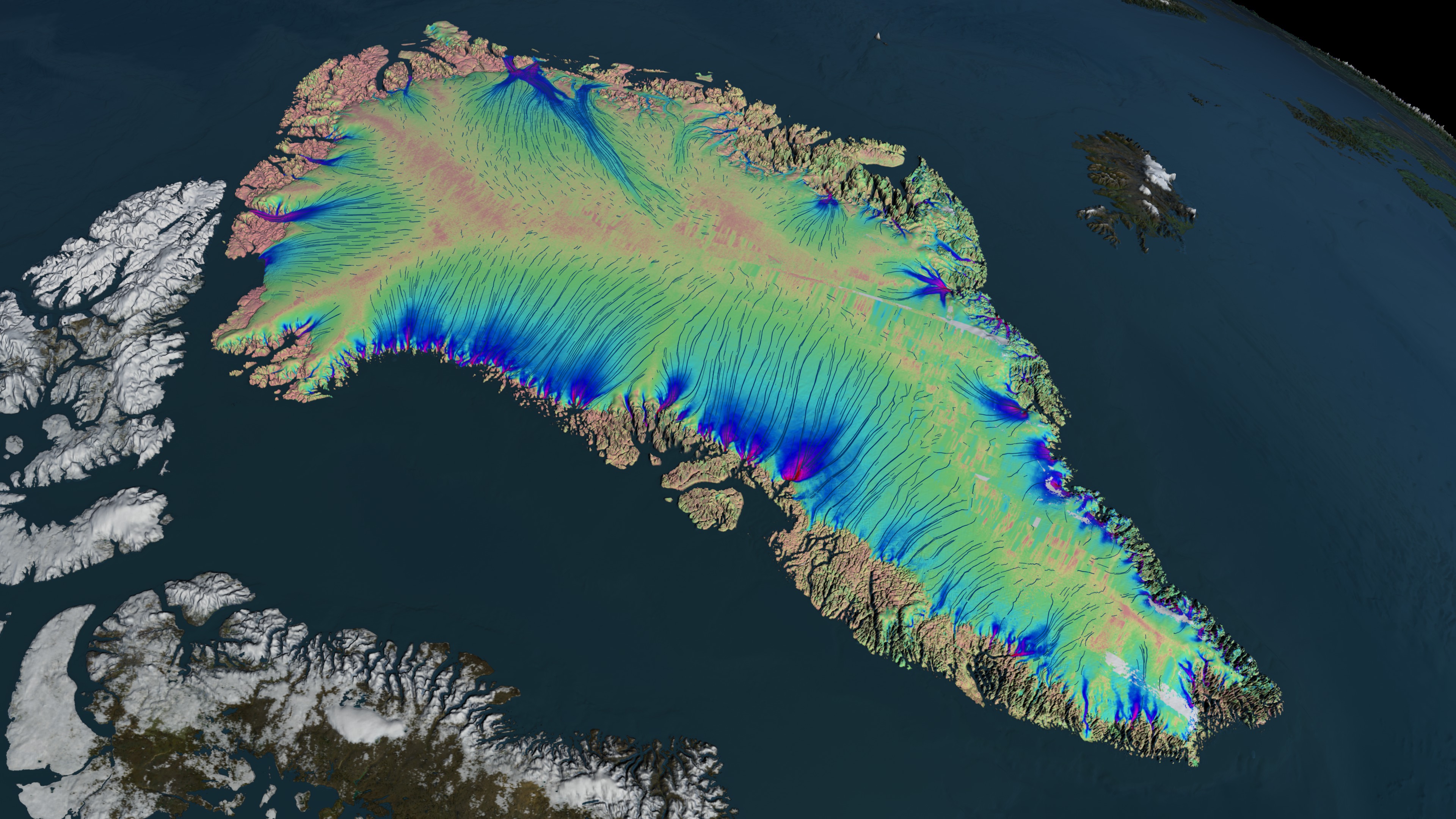 Download
A high resolution still image showing the velocity flow on the west coast of Greenland. 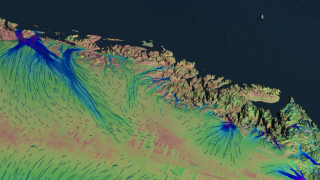 The topographic data used in the video are unpublished but courtesy of Ian Howat, The Ohio State University, Columbus, OH.

Data Used:
Greenland Mapping Project (GIMP) Digital Elevation Model 2003 - 2009
Greenland Ice Sheet Velocity
Digital Mosaic of Ice Motion in Greenland
Terra and Aqua/MODIS/Blue Marble: Next Generation 2004
Note: While we identify the data sets used in these visualizations, we do not store any further details nor the data sets themselves on our site.