Visualizations by Alex Kekesi Released on June 15, 2012
Download Options
Animation starting over the entire DRC and zooming down to an overview of the MLW region. The camera then zooms down further to the Wildlife Corridor revealing the Agricultural Zones immediately north and south of the corridor. 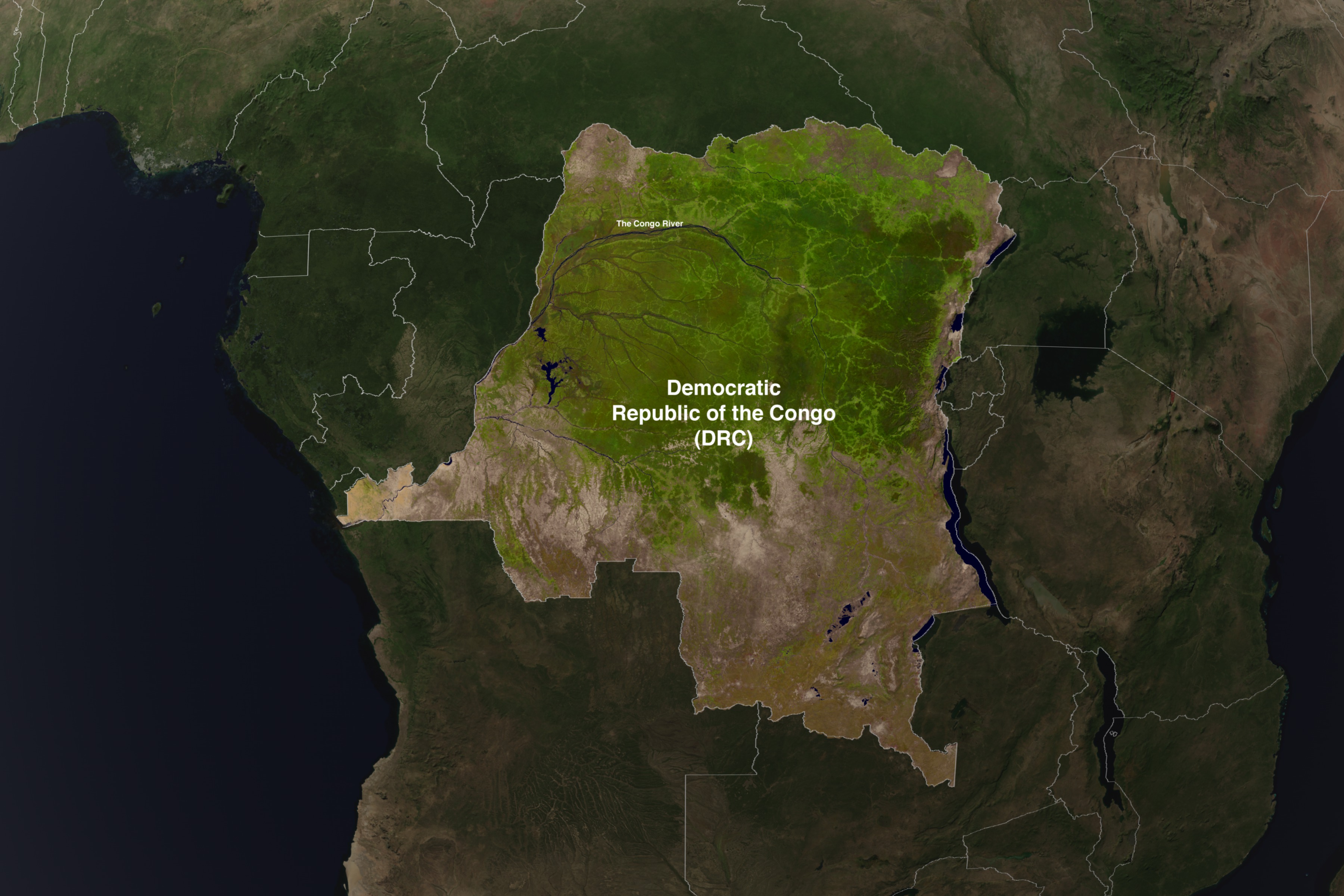 Download Options
Print resolution image of the Democratic Republic of the Congo (DRC) with annotations for the DRC and the Congo River. 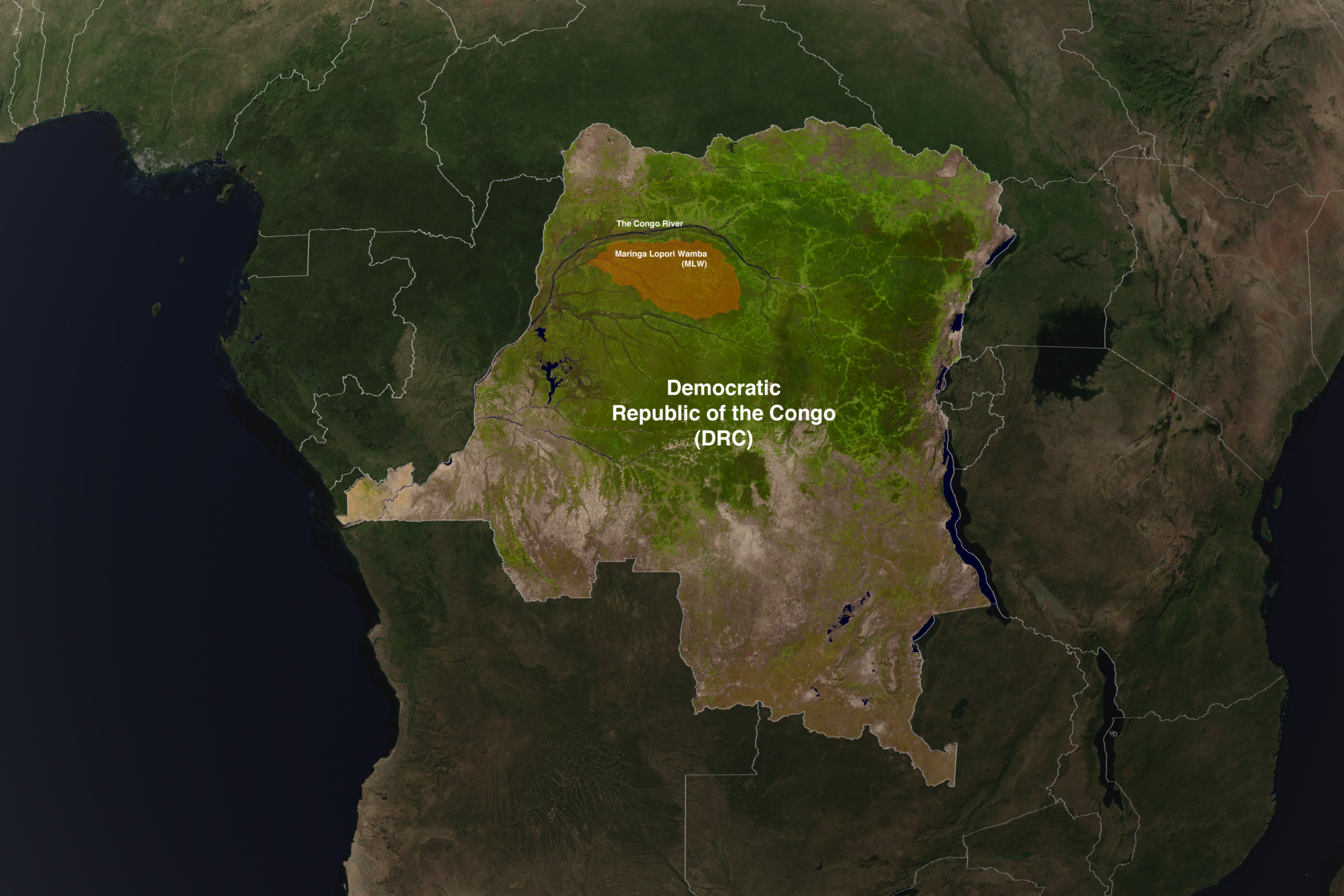 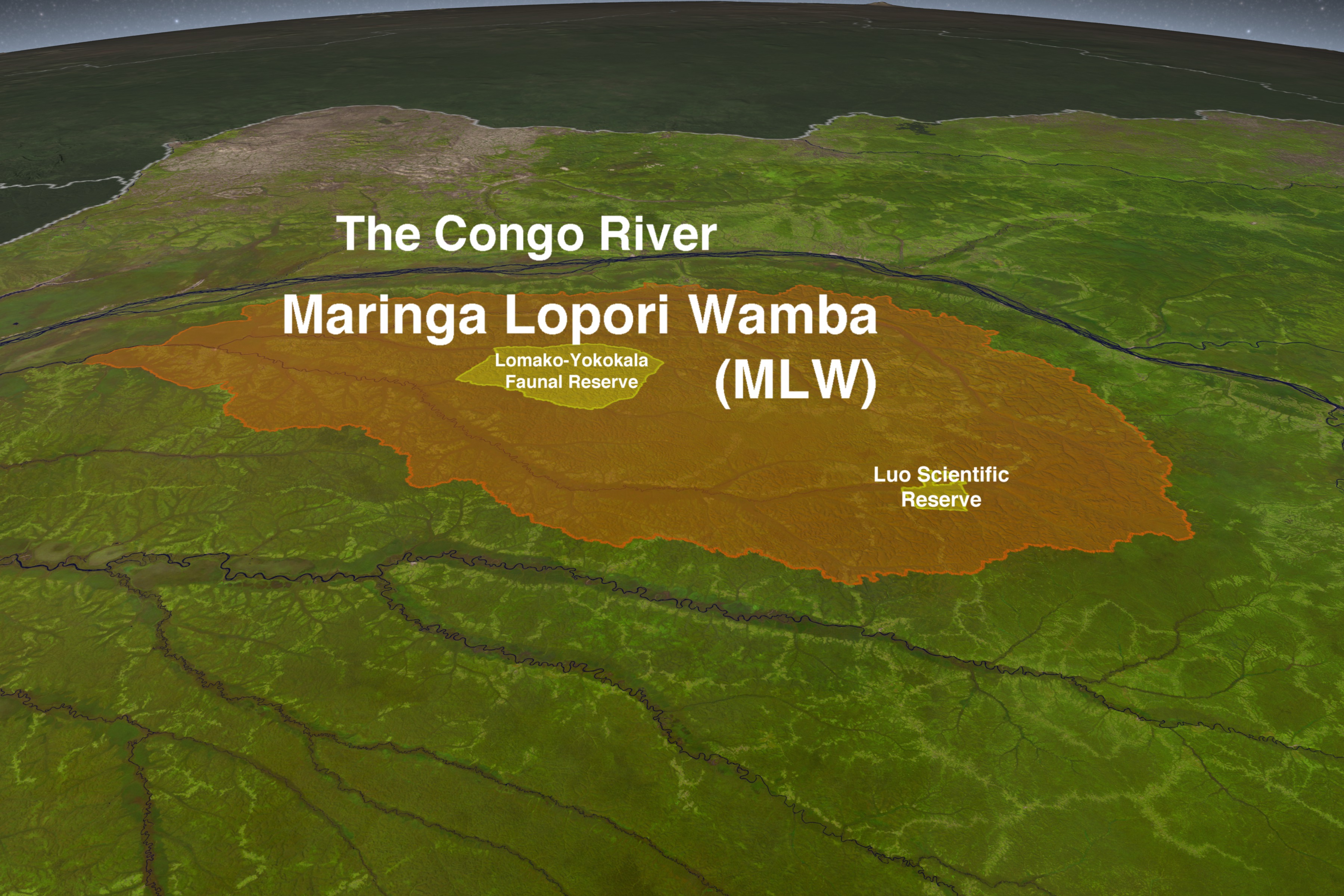 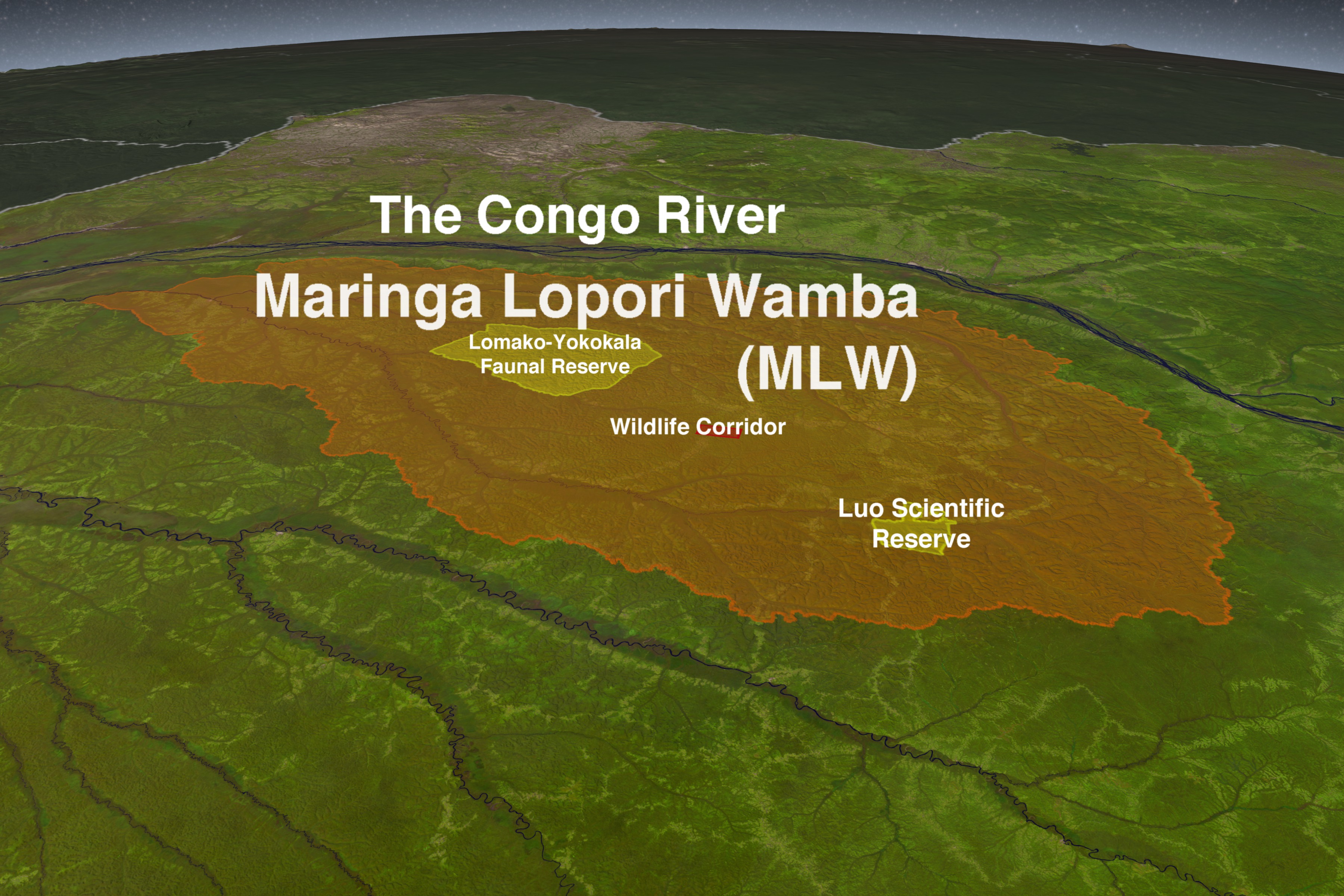 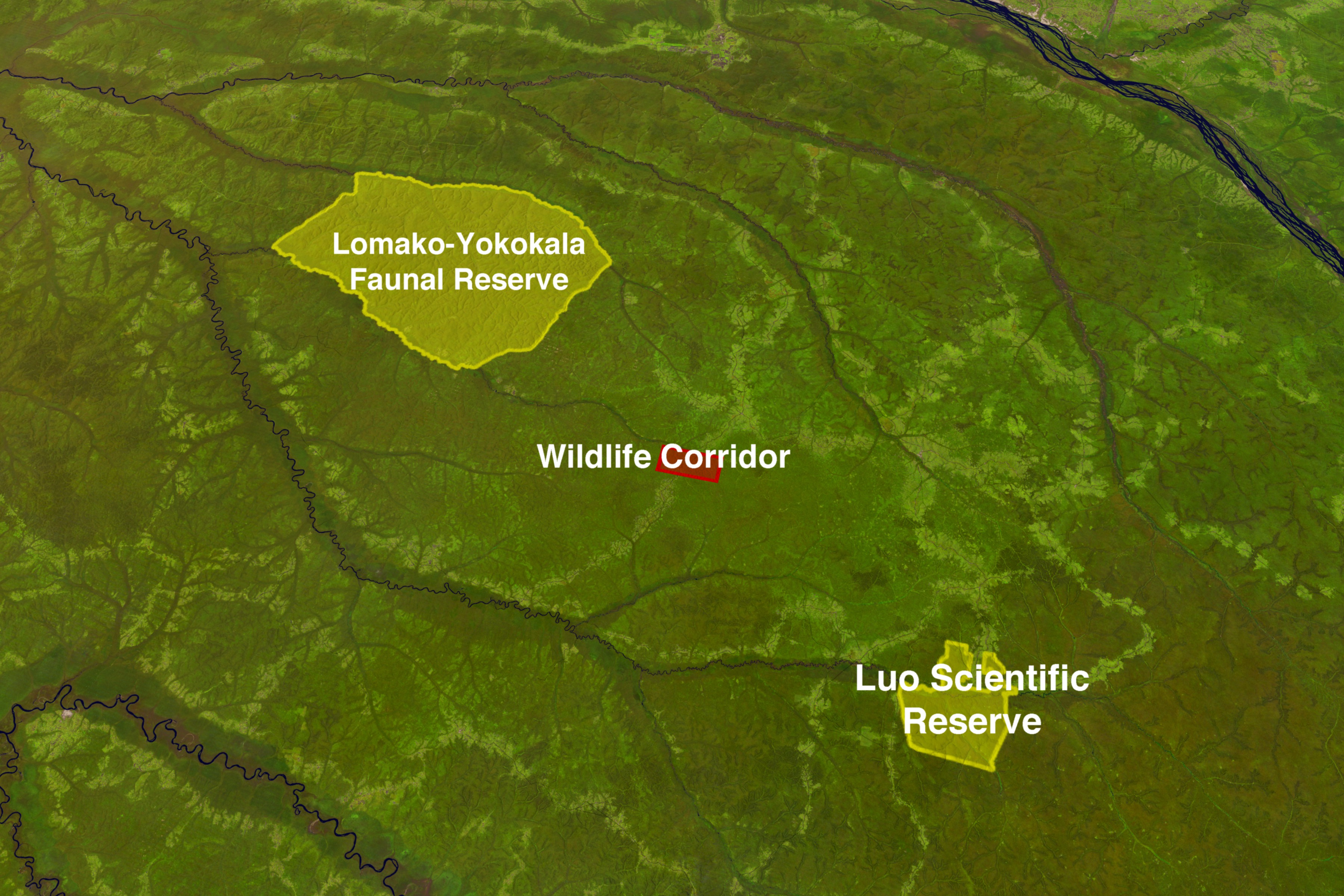 Download Options
Print resolution image of the region within the MLW showing the Lomako-Yokokala Faunal Reserve (depicted in yellow), the Luo Scientific Reserve (yellow), and the Wildlife Corridor (red) between them. 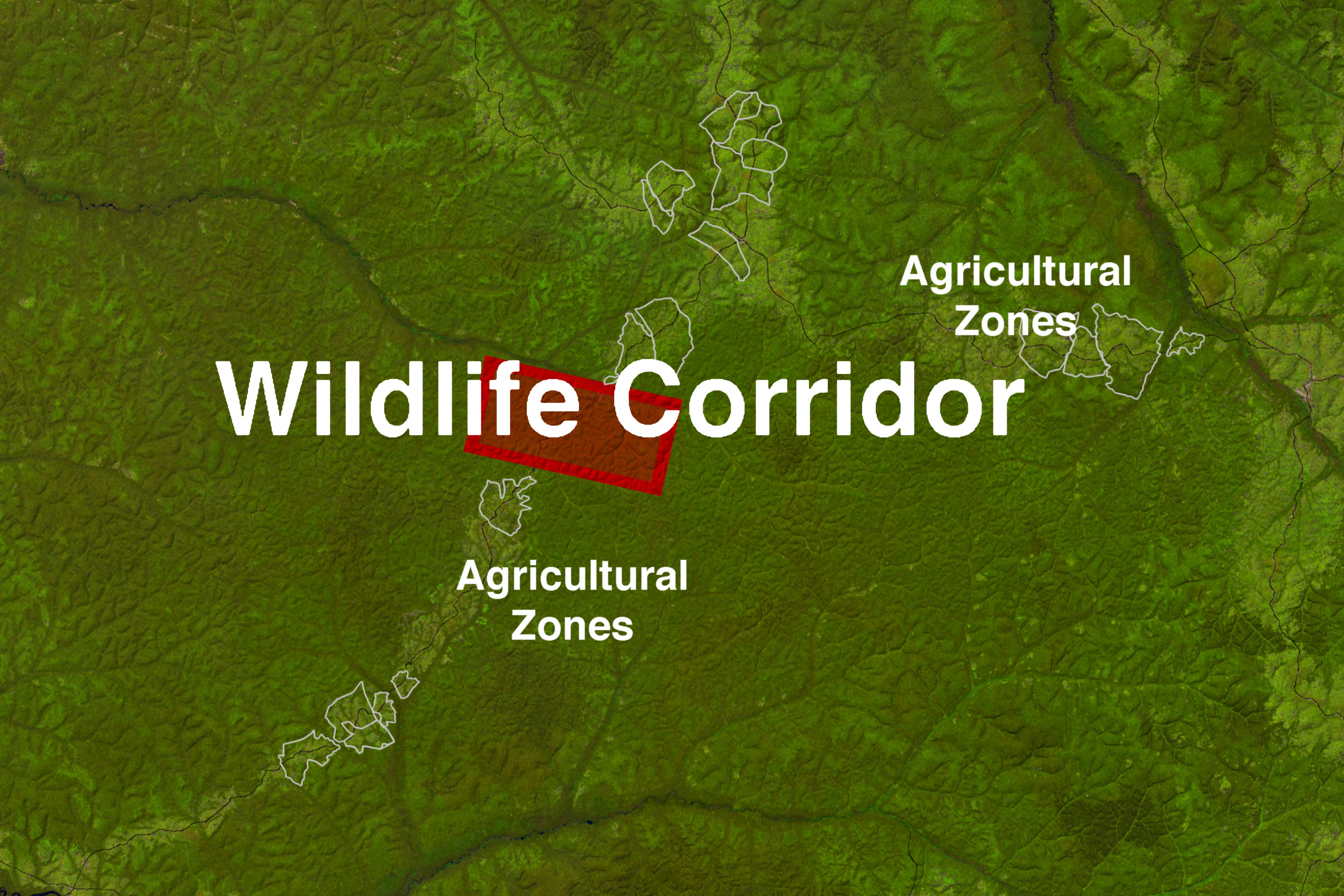 Download Options
Print resolution image of the Wildlife Corridor (depicted in red) with the Agricultural Zones (white outlines) to the North and South of the corridor area. The black lines in this image are roads connecting many of the agricultural areas and villages throughout this region of the MLW.