Visualizations by Cindy Starr Released on February 7, 2012
Download Options
This animation shows the average yearly change in mass, in cm of water, during 2003-2010, over the Indian subcontinent. The yellow circles mark locations of glaciers. There is significant mass loss in this region (denoted by the blue and purple colors), but it is concentrated over the plains south of the glaciers, and is caused by groundwater depletion. A colorbar overlay shows the range of values displayed.
Download Options
The animation without the colorbar overlay. 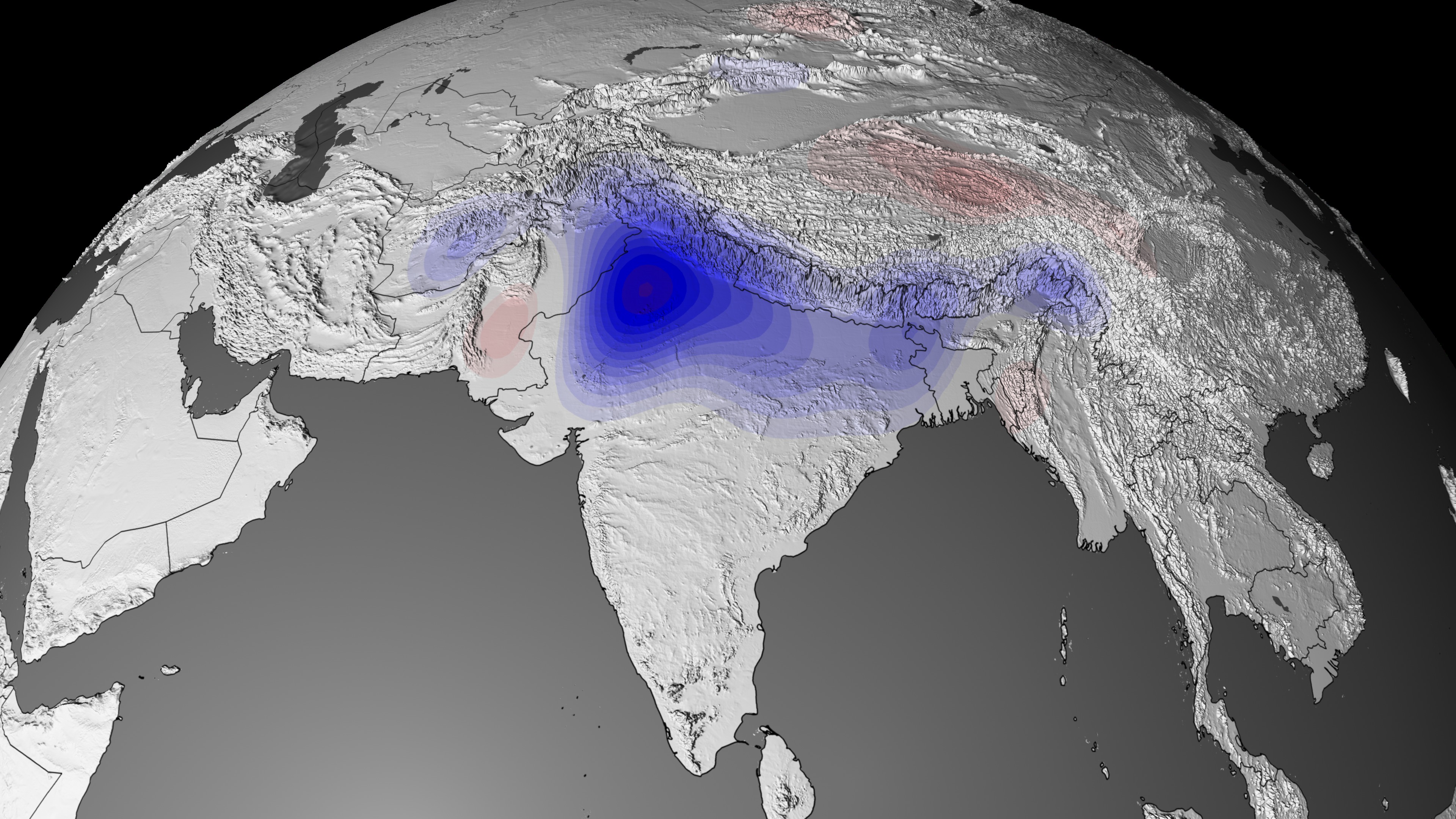 Download Options
This still image focused over the Indian subcontinent shows significant mass loss in this region that concentrated over the plains south of the mountain glaciers, and is caused by groundwater depletion. 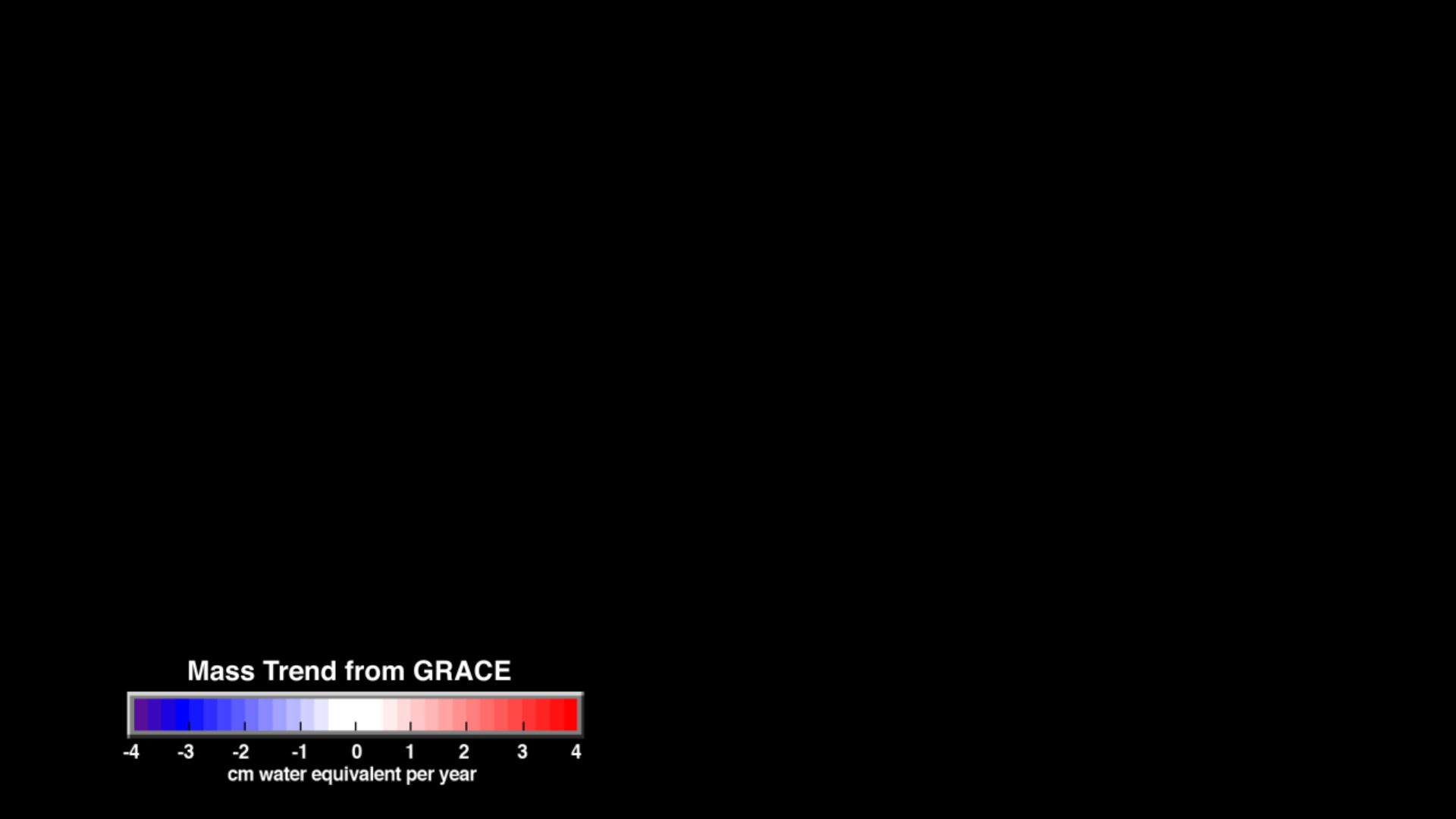 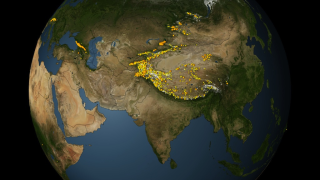 Center for Space Research at the University of Texas - Jan. 2003 - Dec. 2010
http://www.csr.utexas.edu/grace/spacecraft/
view all stories where this data set is used

also referred to as: Digital Chart of the World Glacier Locations

Data Compilation - US Defense Mapping Agency
view all stories where this data set is used
Note: While we identify the data sets used in these visualizations, we do not store any further details nor the data sets themselves on our site.

This item is part of this series:
GRACE Global Mass Balance Trend