Visualizations by Tom Bridgman Released on July 6, 2010
Download Options
This is the full movie of the CME striking the Earth. 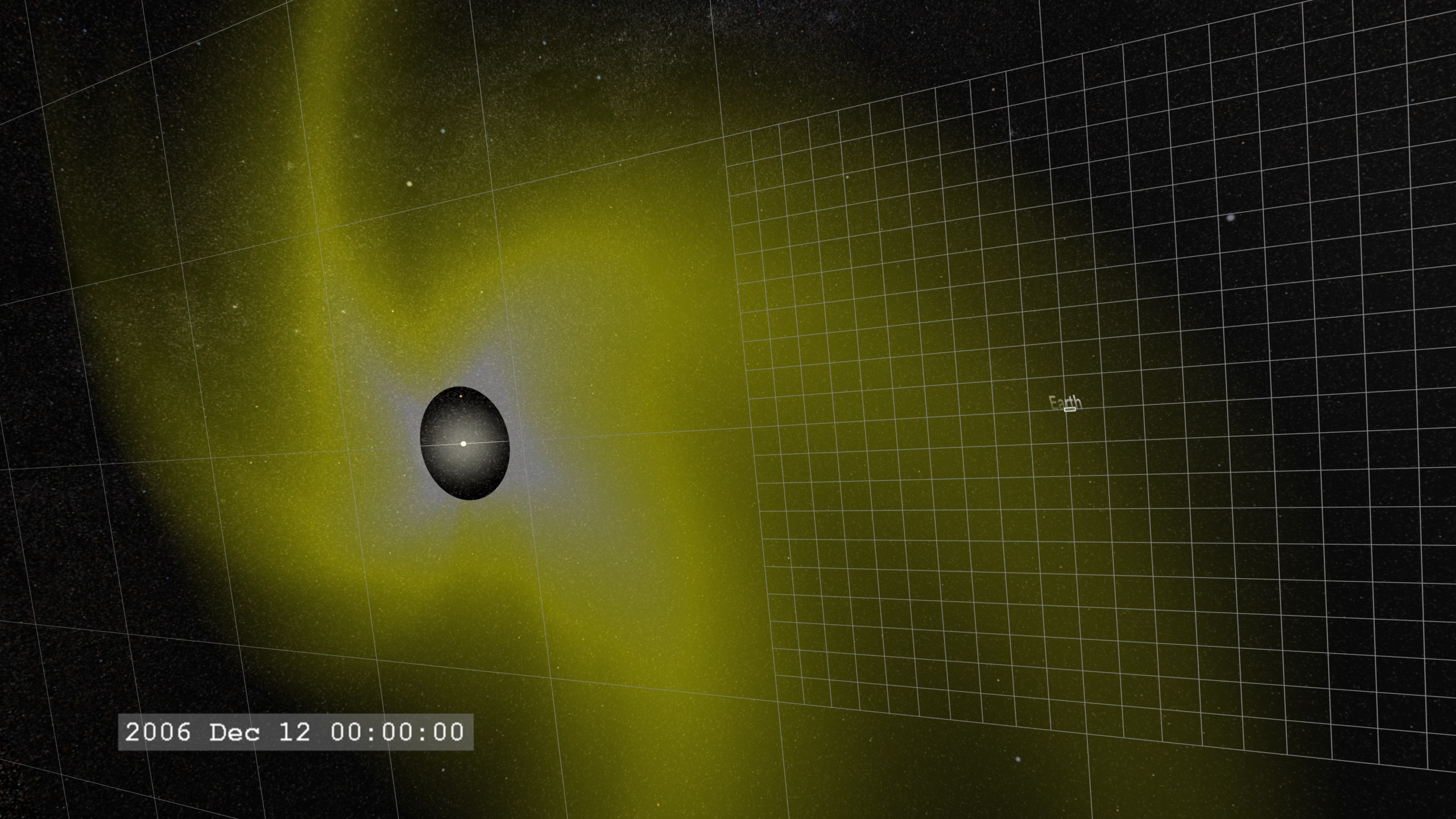 Download Options
A view high above the Earth's orbital plane, showing the Sun and the Earth. The Parker spiral pattern is visible in the density of the solar wind. 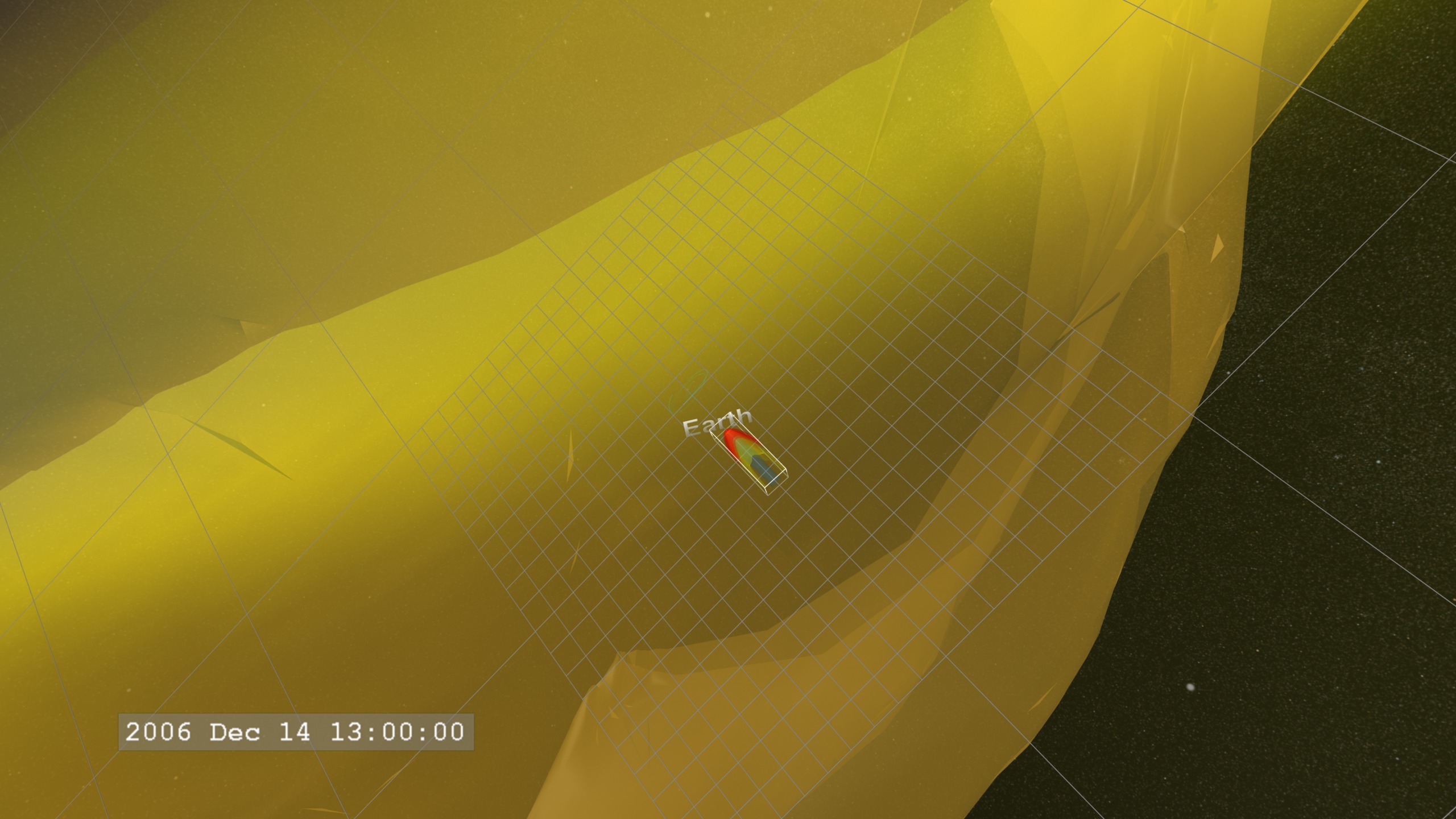 Download Options
With this view, we look down on the Earth from above the Earth's orbital plane as the CME is about to strike the Earth. The density isosurfaces of the BATS-R-US model are visible in the computational box surrounding the Earth. 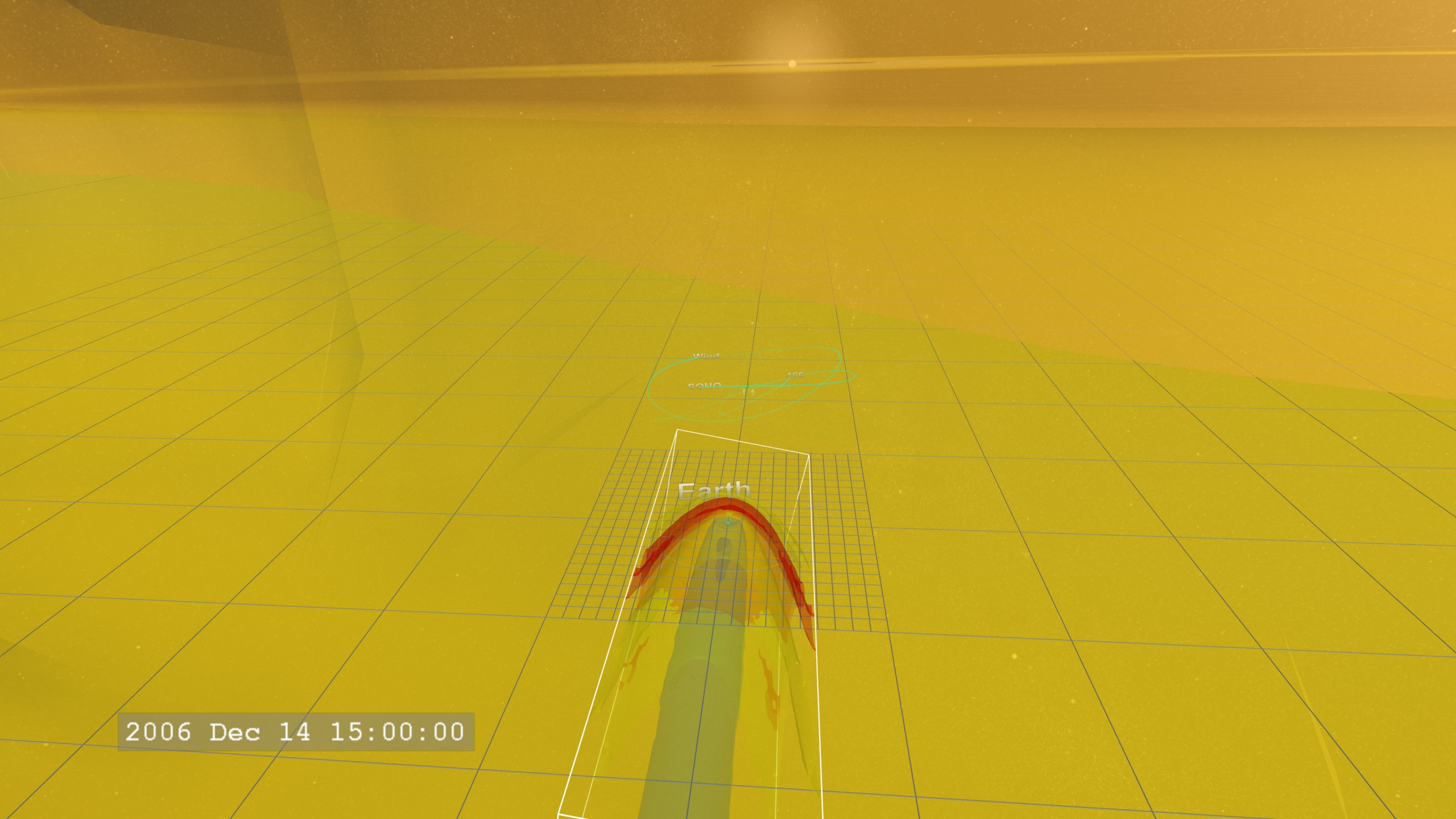 Download Options
We move down closer and 'behind' the Earth, relative to the Sun, for a view of the CME passing the Earth. 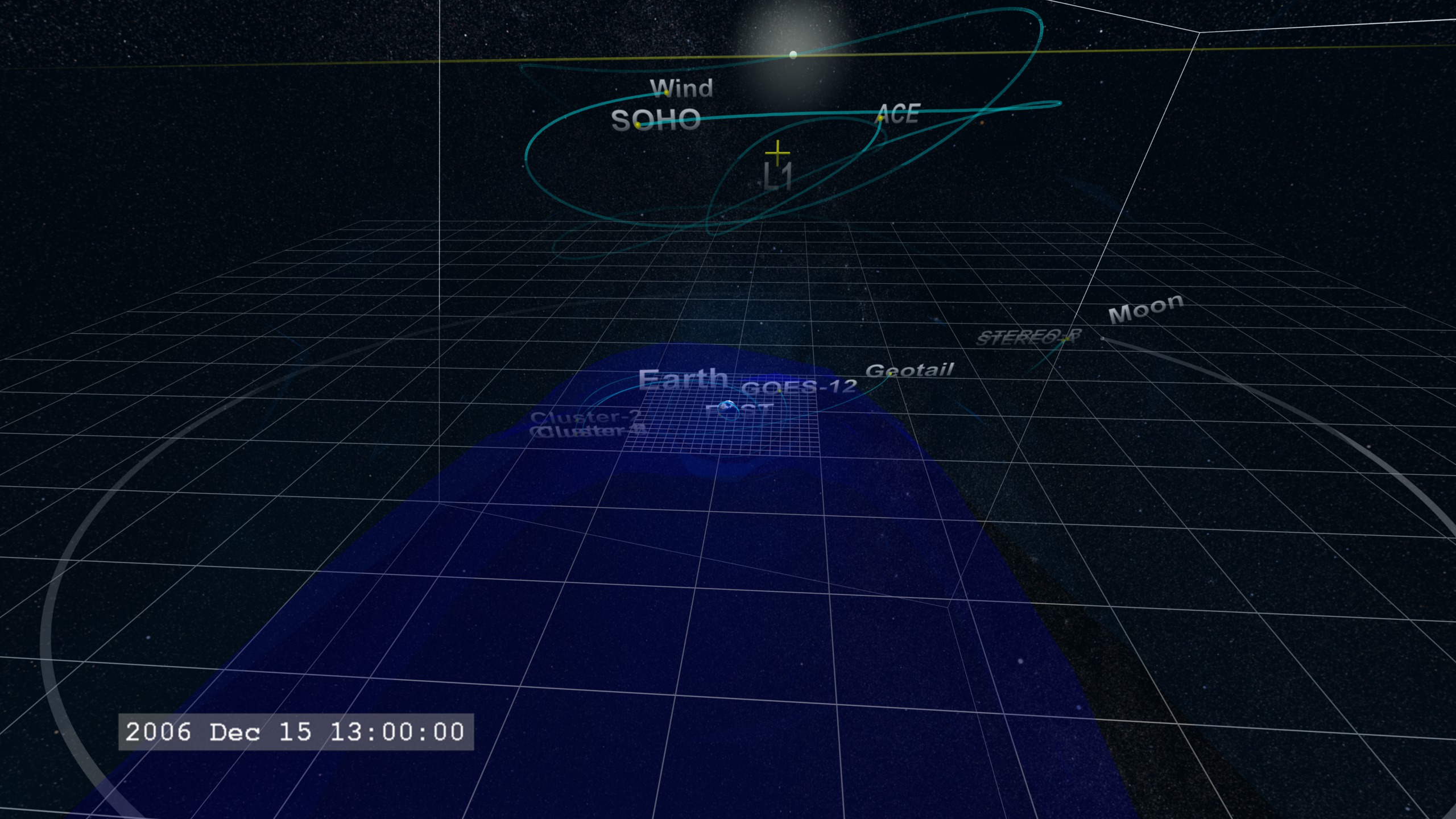 Download Options
The highest density region of the CME has passed, depleting the Earth's magnetosphere of particles (the lower density blue isosurfaces). The satellites in halo orbits around L1 are visible in the distance while the Moon, as well as several geospace satellites are seen orbiting the Earth.

Model - Community Coordinated Modeling Center (CCMC) - 2006/12/14T13:00:00 - 2006/12/15T13:00:00
MHD Magnetospheric simulation
view all stories where this data set is used
Note: While we identify the data sets used in these visualizations, we do not store any further details nor the data sets themselves on our site.

This item is part of this series:
Space Weather Modeling