Volumetric Renderings of Hurricane Isabel based on WRF Computational Model: Top Down View 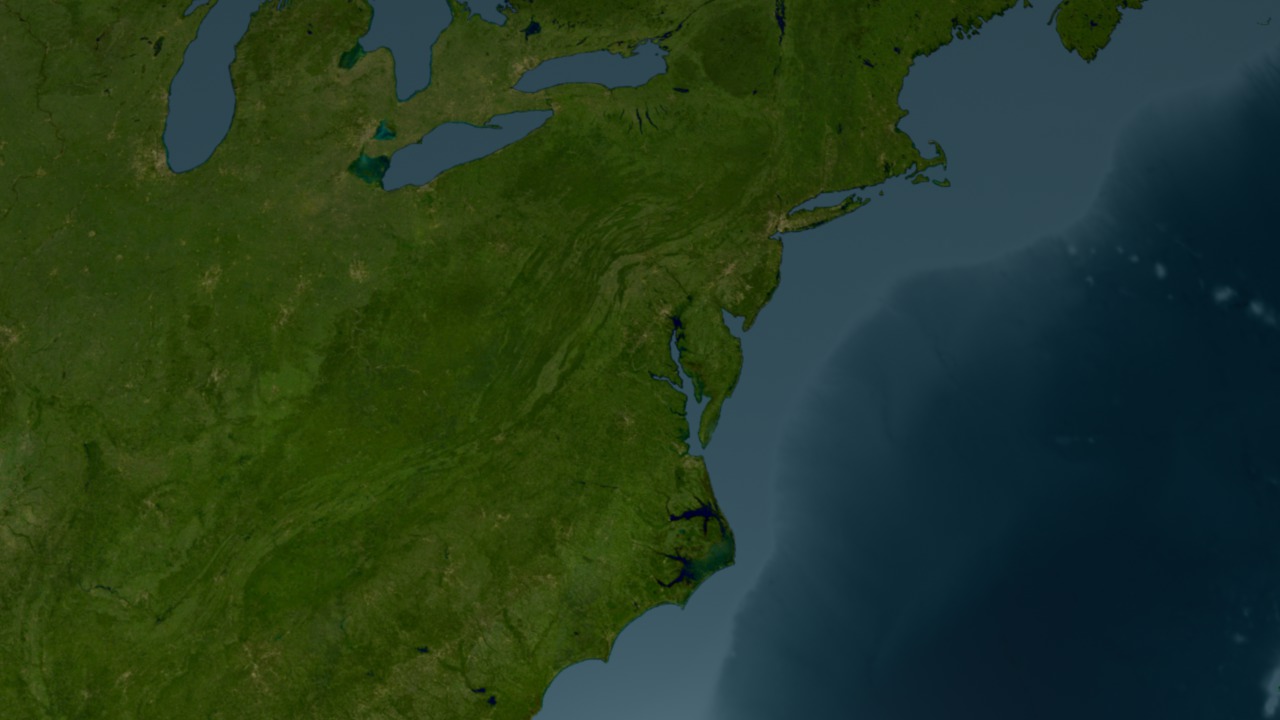