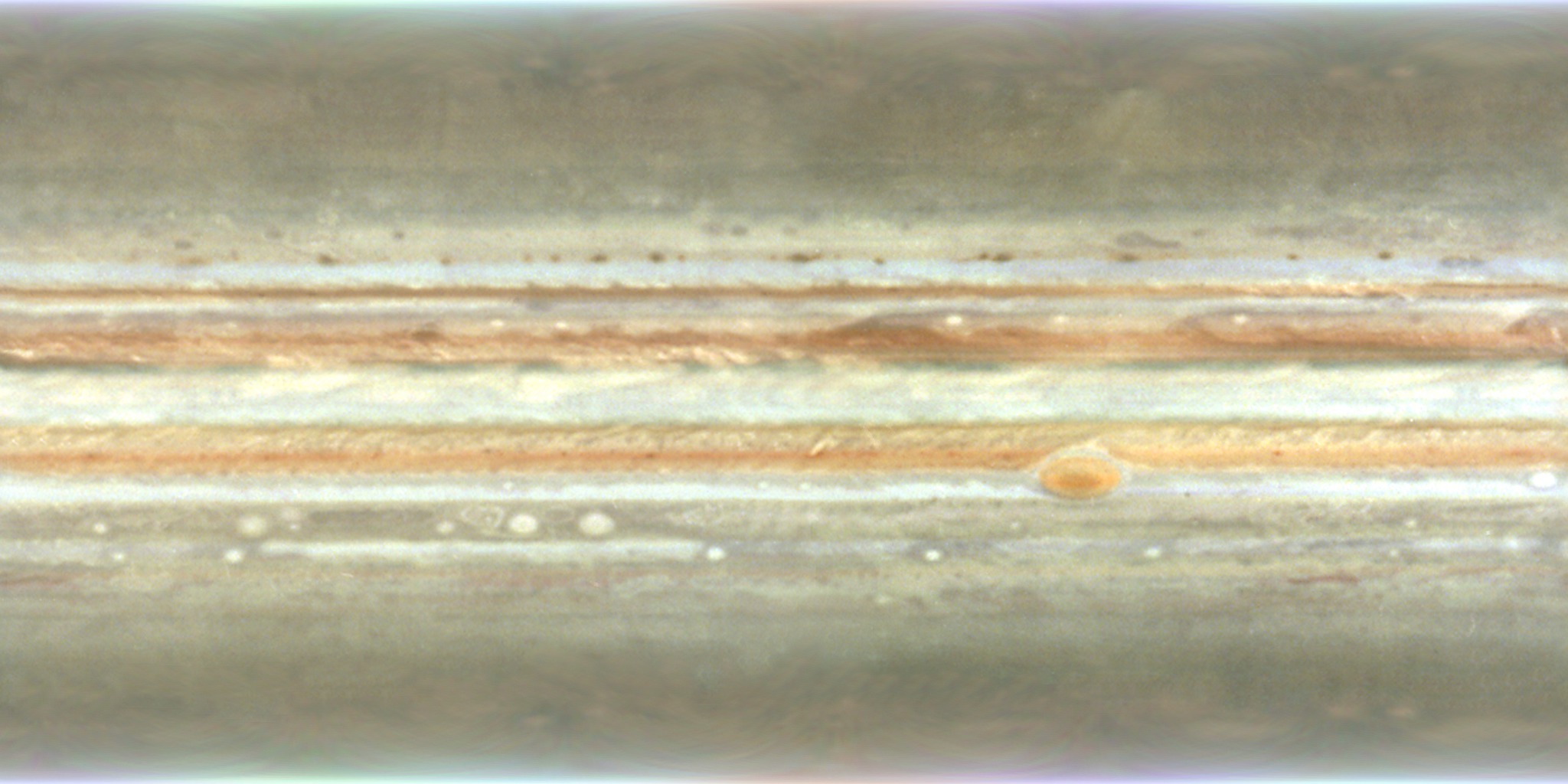 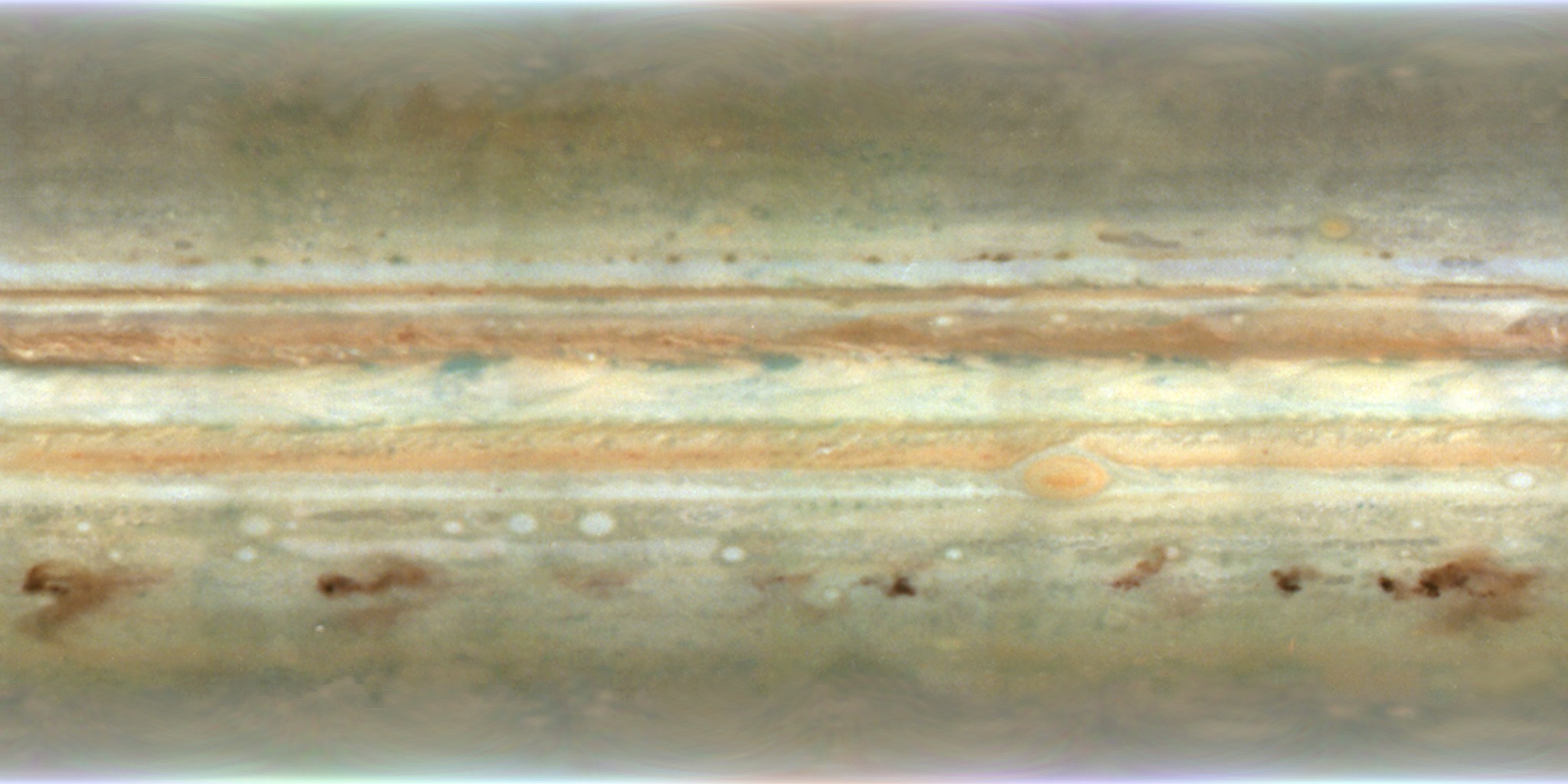 Download Options
After all of 23 named fragments impacted Jupiter, the debris fans out in the south. This image is from July 23, 1994. Large holes in the north of the planet have been filled with HST data from July 15. 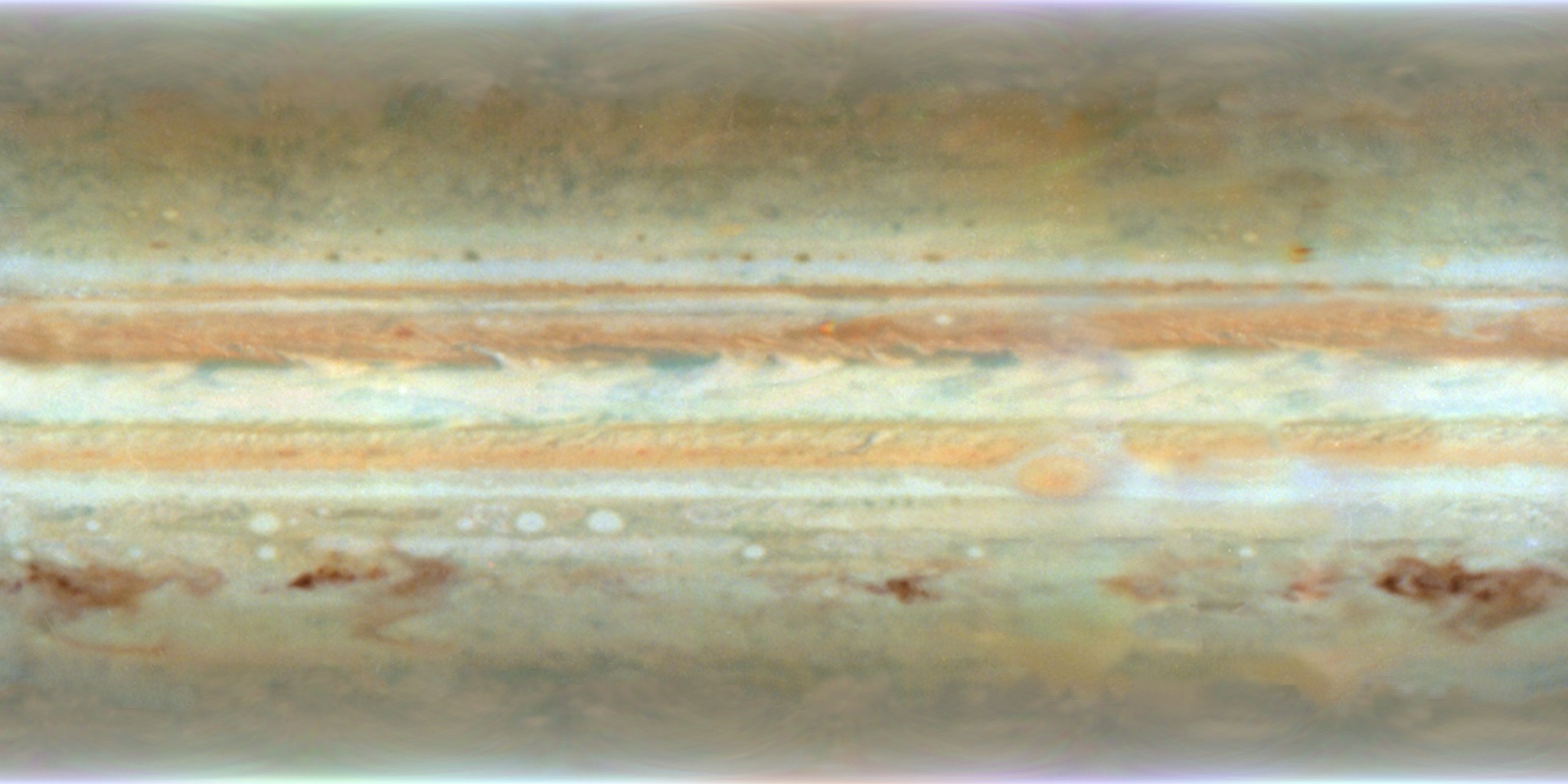 Download Options
This is a Hubble Space Telescope mosaic from July 30, 1994. A large hole at 80 degrees longitude was filled with data from July 23 and July 15. 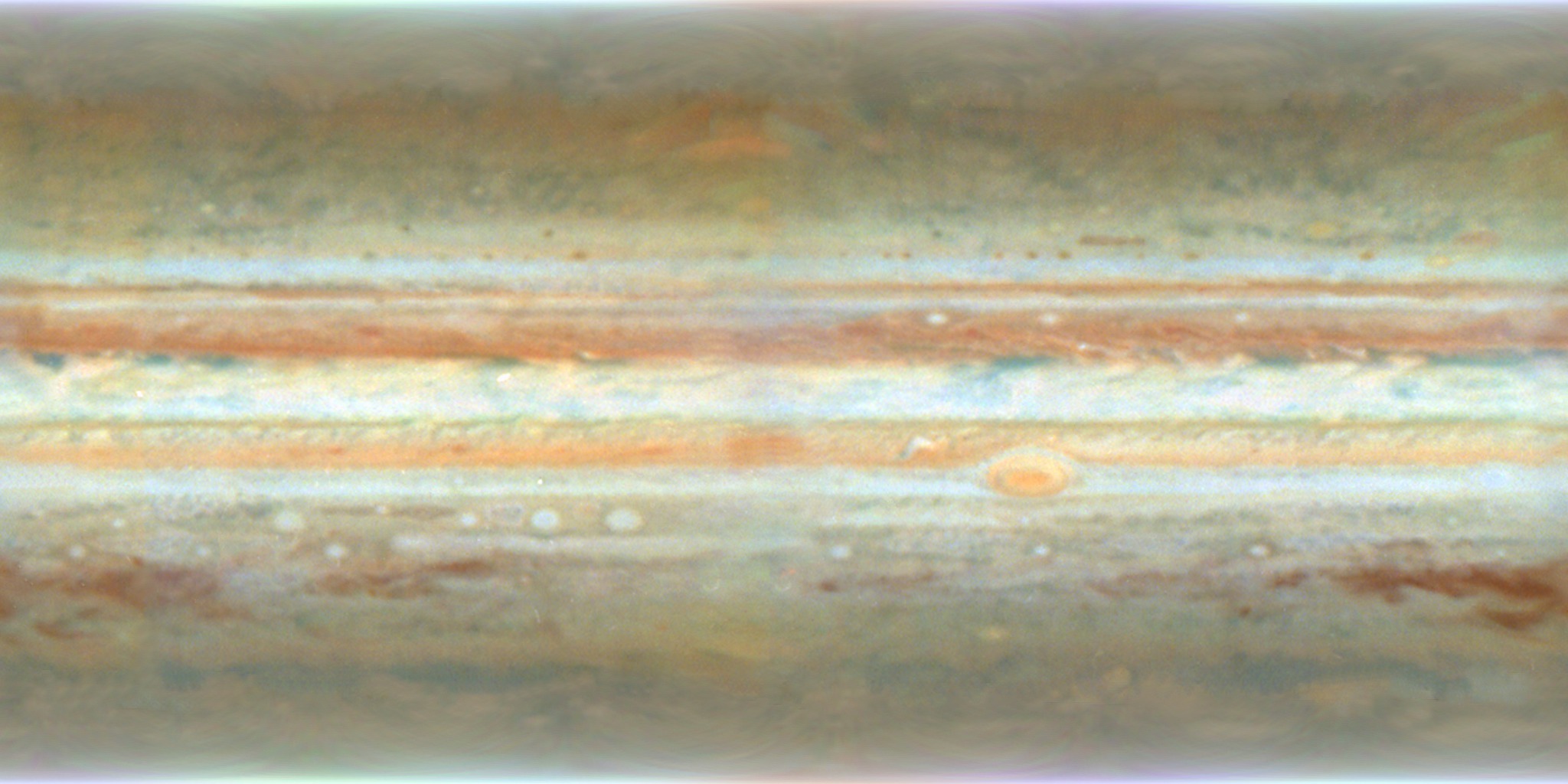 Download Options
A mosaic from the Hubble Space Telescope of Jupiter taken on August 24, 1994 - 33 days after the last impact.

This item is part of these series:
Science On a Sphere
SOS Production - LARGEST