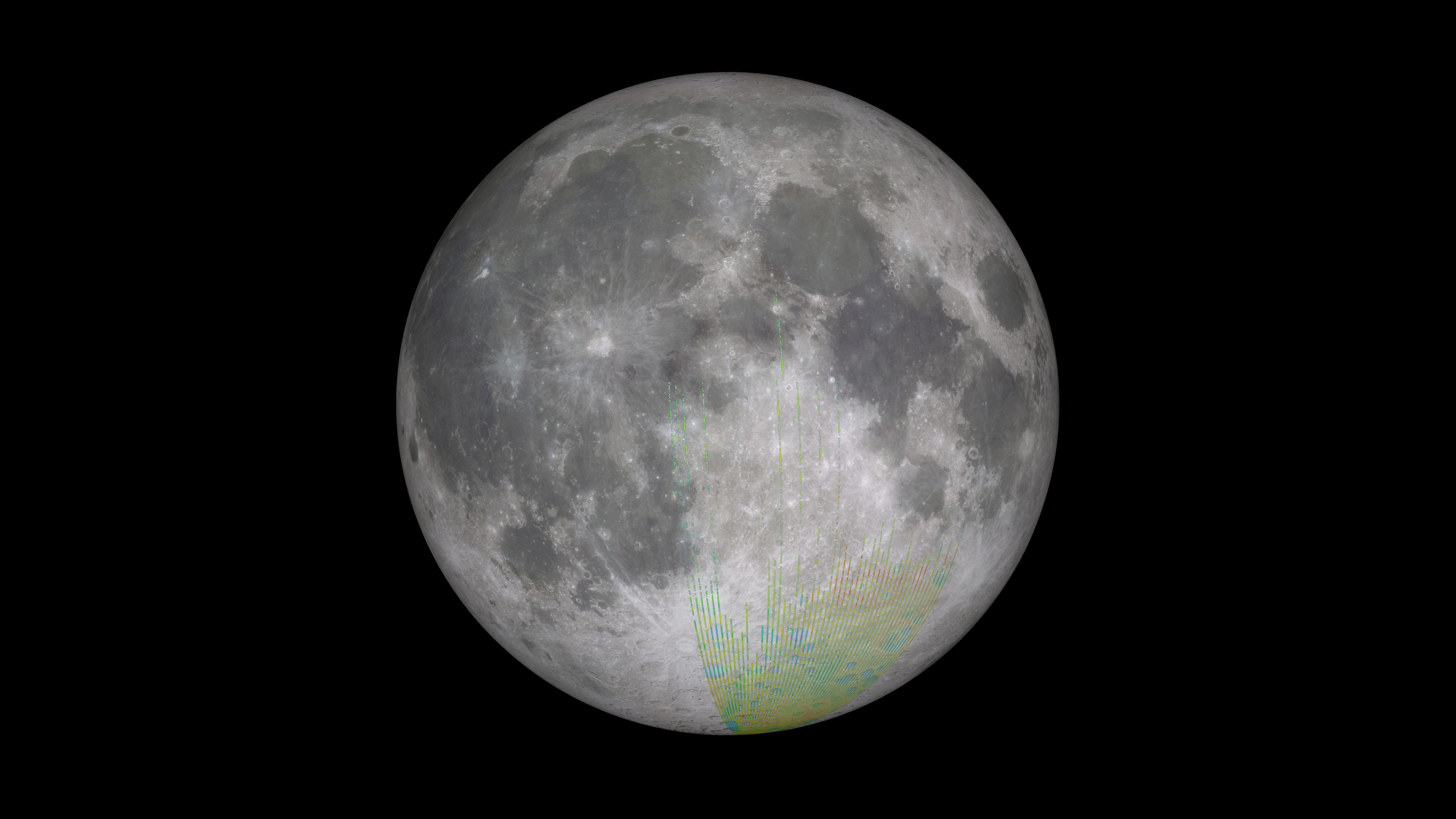 Download Options
Print resolution still of the moon with some early swaths of LOLA data.

Download Options
Print resolution still of the LRO/LOLA data swaths as they are laid out on the lunar surface. Please note that for aesthetic purposes the swath widths are shown wider than actual. The actual width of a swath is approximately 65 meters across. 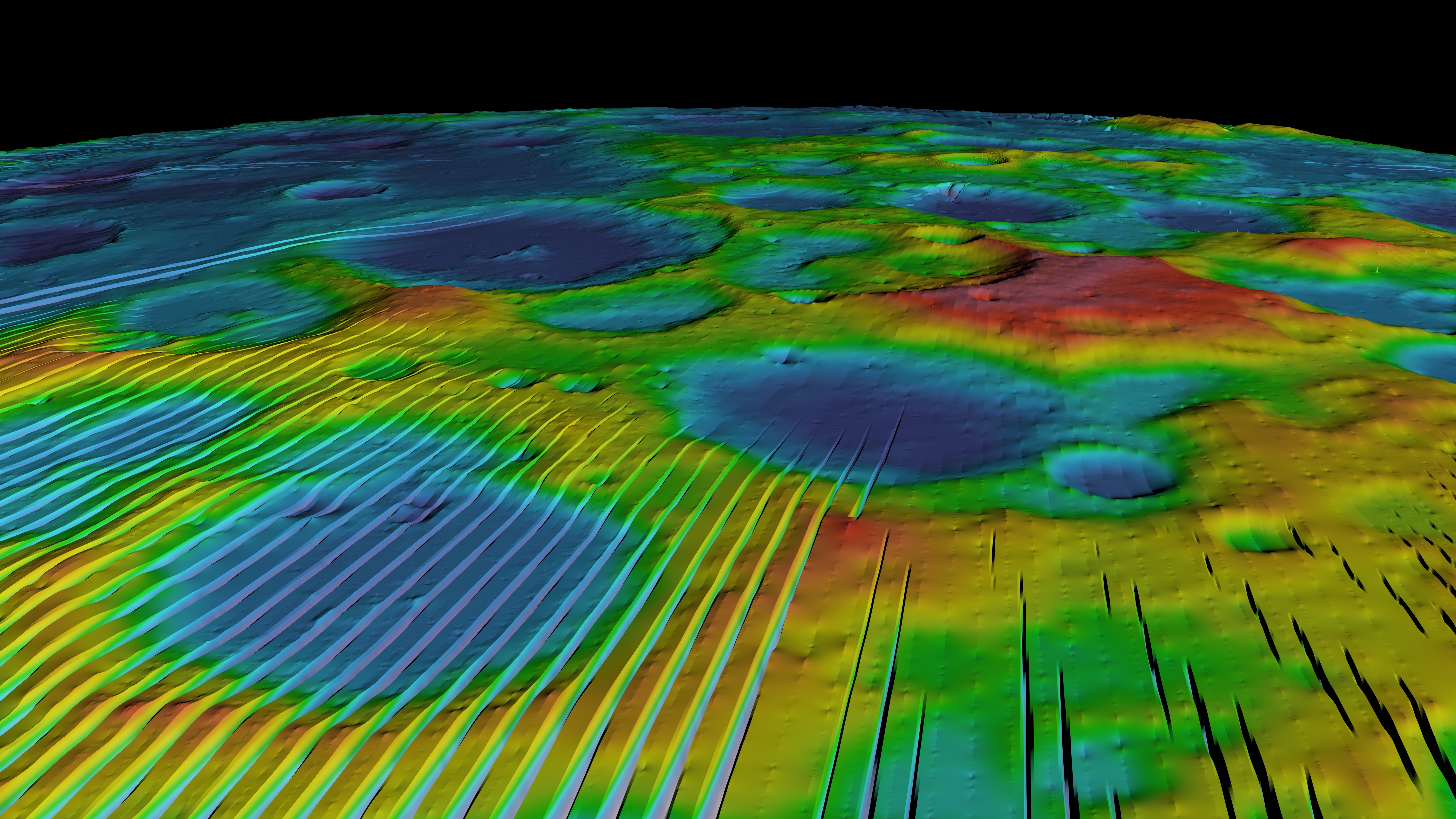 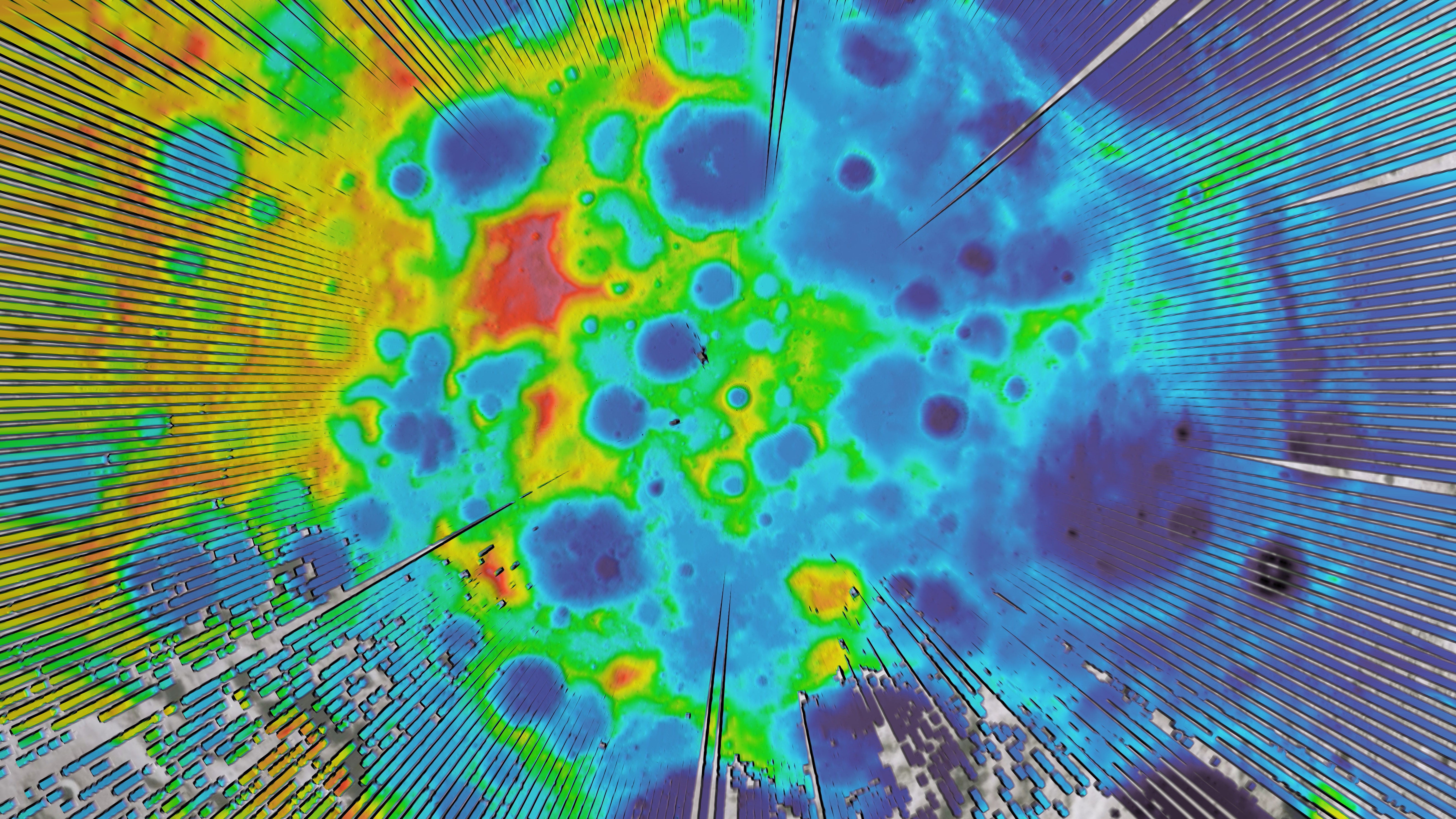 2009/07/03 - 2009/08/12
view all stories where this data set is used
Note: While we identify the data sets used in these visualizations, we do not store any further details nor the data sets themselves on our site.