Visualizations by Lori Perkins Released on October 31, 2008
Download Options
This is the Pine Island Glacier which is a broad glacier flowing WNW along the south side of the Hudson Mountains into Pine Island Bay, Amundsen Sea. 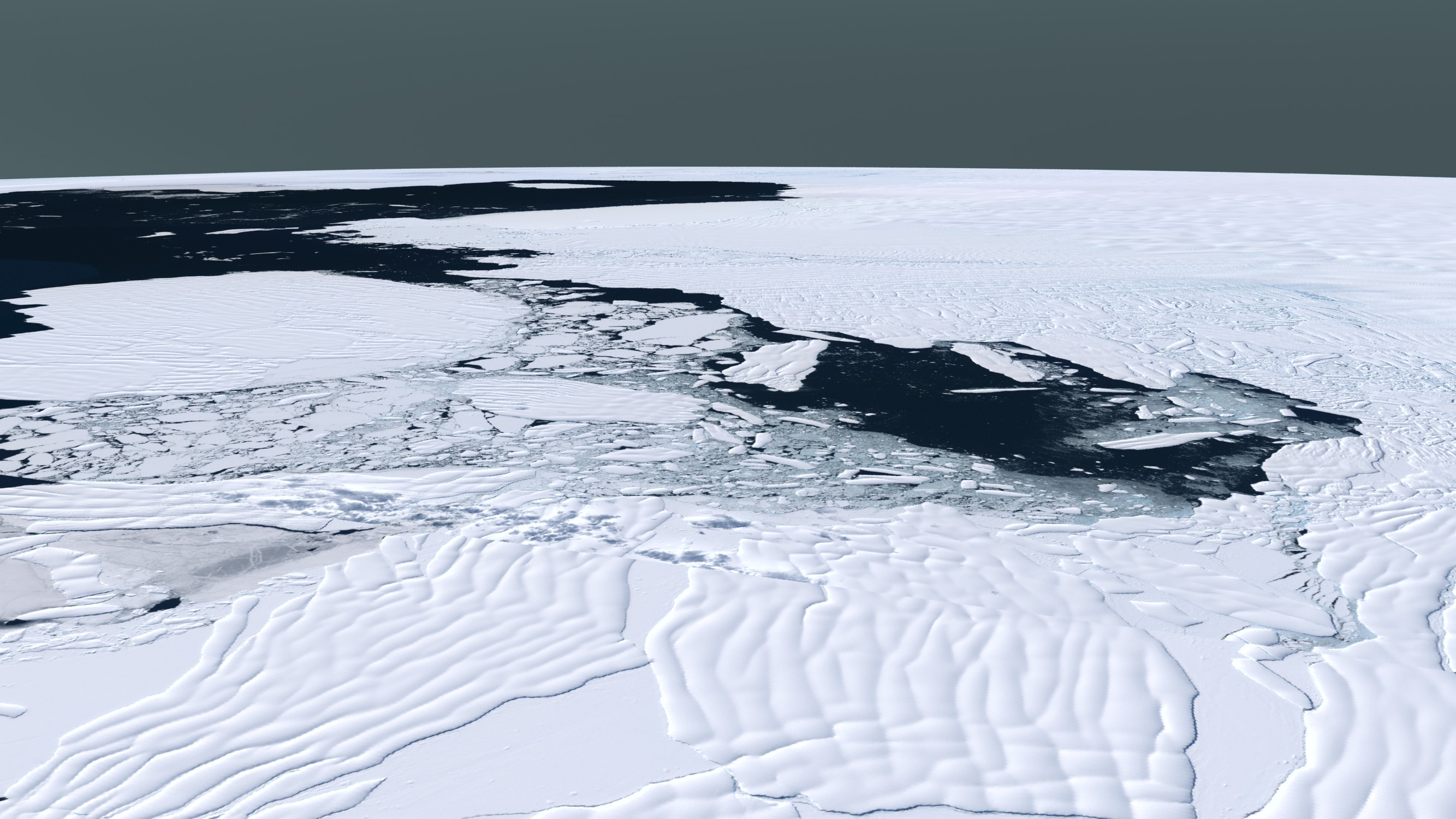 Download Options
Iceberg factory on Thwaites Glacier (75 °S, 108°W) Accelerated motion at the seaward edge of the glacier and flexing of the floating ice shelf by ocean tides combine to create rows of weaker ice. Eventually a line of weakness fails and a large plate of ice is torn loose from the glacier creating a tabular iceberg which can be as much as a hundred kilometers across but is usually only a few hundred meters thick. These large icebergs can bash into each other like buses in a crowded parking lot before coming free in the open ocean. 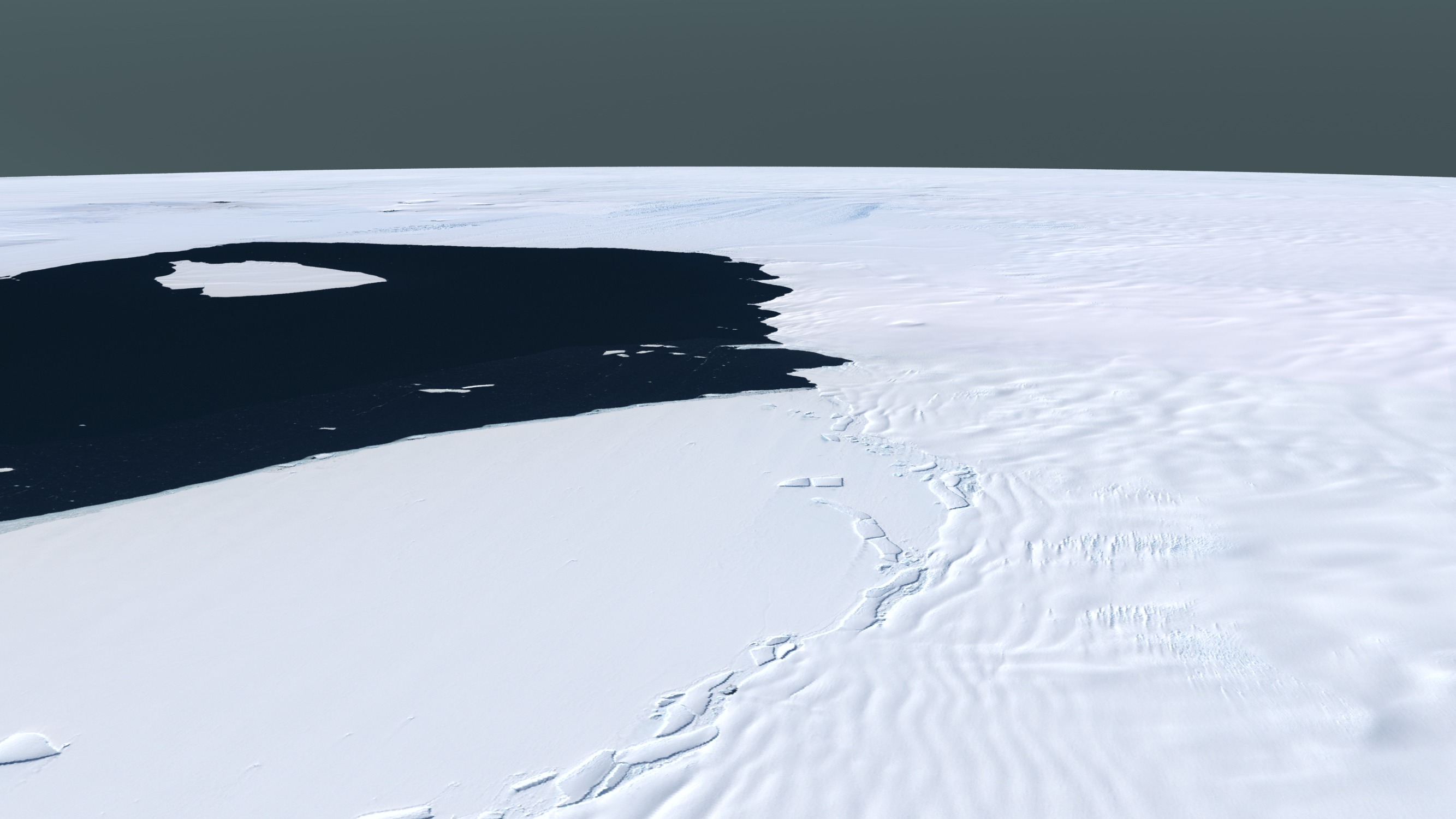 Mosaic - NASA/GSFC, British Antarctic Survey, USGS EROS Data Center - 12/25/1999 - 12/31/2001
Mosaicing to avoid clouds produced a high quality, nearly cloud-free benchmark data set of Antarctica for the International Polar Year from images collected primarily during 1999-2003.
http://lima.nasa.gov/
view all stories where this data set is used
Note: While we identify the data sets used in these visualizations, we do not store any further details nor the data sets themselves on our site.