Visualizations by Alex Kekesi Released on February 19, 2007
Download Options
This animation begins by showing the Antarctic continent through the eyes of the Aqua/AMSR-E sensor. As the camera approaches the Lake area we transition to the MODIS Mosaic Of Antarctica (MOA) revealing a December 2002 3-day average of MODIS data over Lake Englehardt. This then does a quick transition to a December 2005 3-day MODIS average. Next, an orange swathe of ICESat data passes over the lake and ICESat elevation data taken on October 24, 2003 is extruded from the surface eventually hovering above the December 2002 3-day MODIS average. The orange ICESat slice then morphs into ICESat elevation data taken on June 2, 2006 for this same region. As the ICESat elevation data dips, the underlying MODIS data transforms again into the December 2005 3-day average revealing the corresponding lake depression. 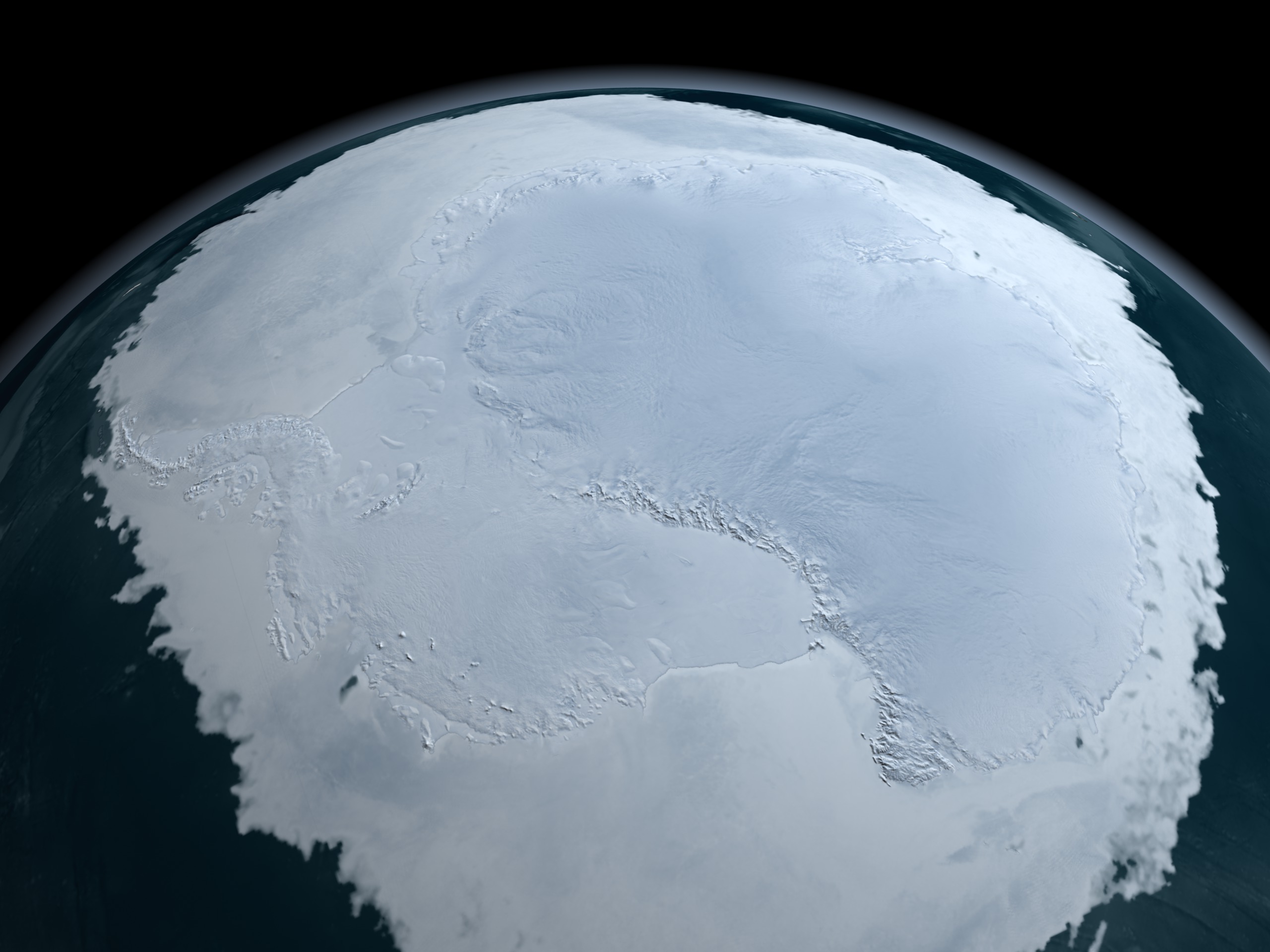 Download Options
Antarctica the frozen continent. This shot is a combination of both Aqua/AMSR-E and MOA data. 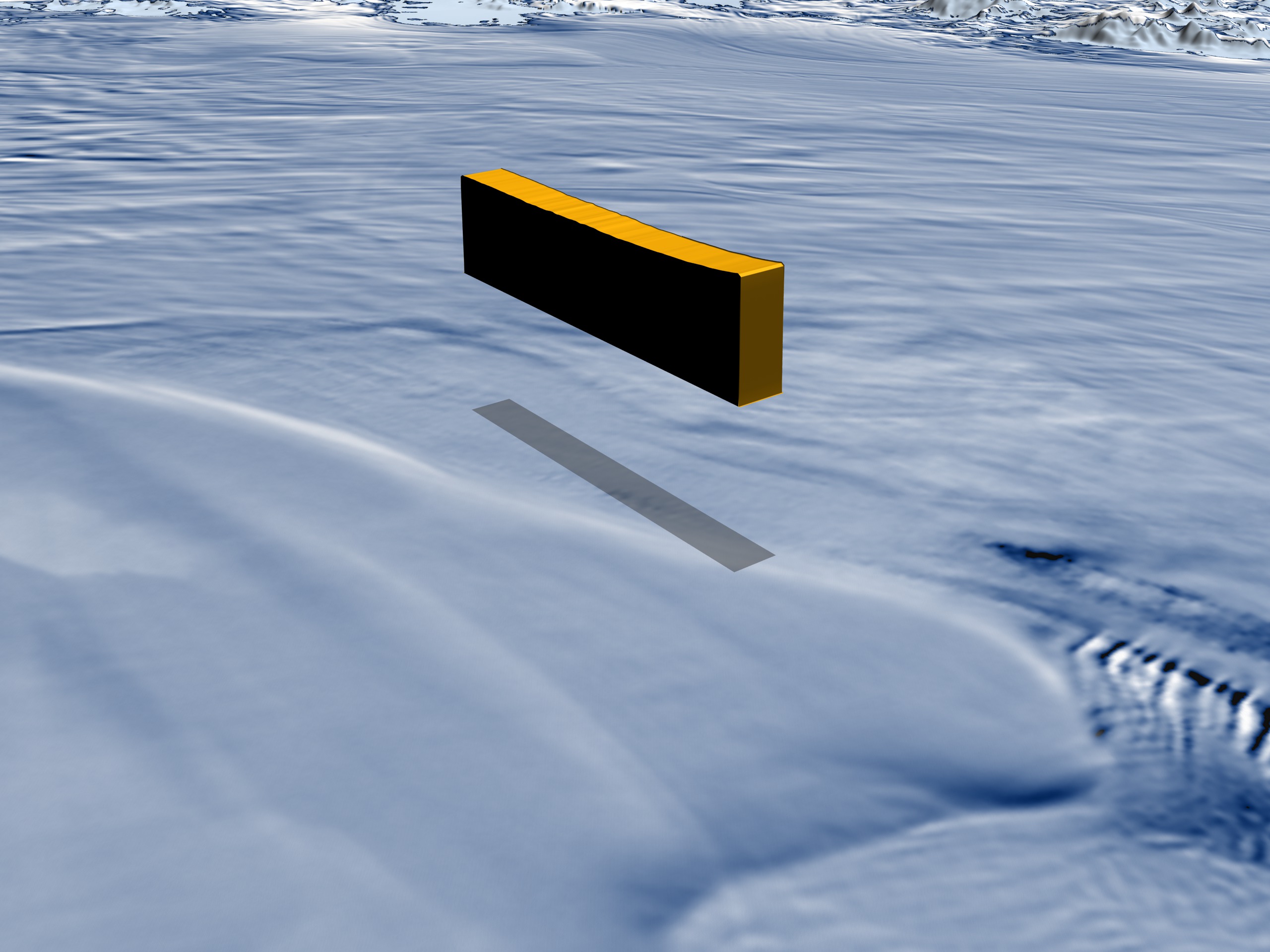 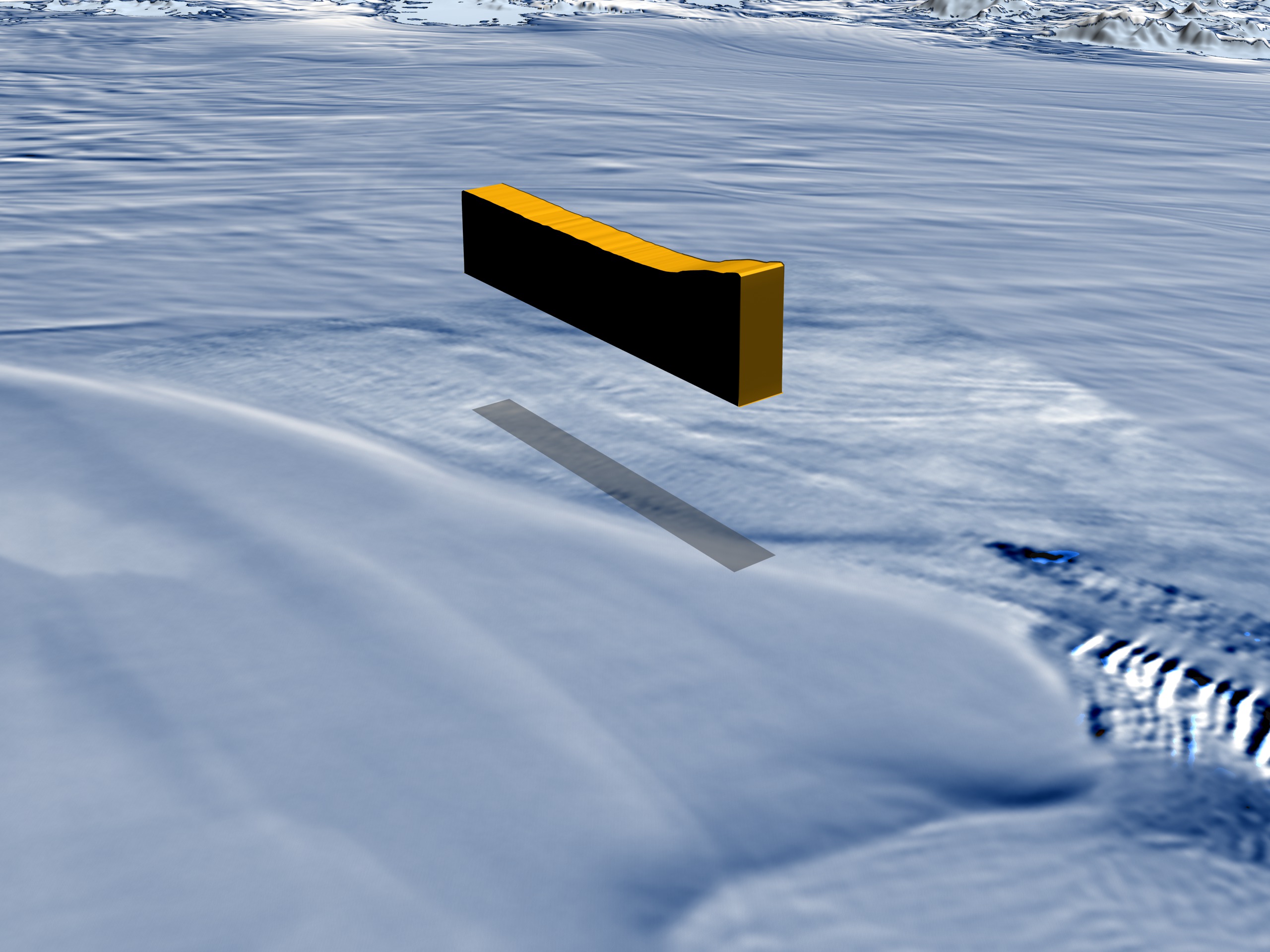 2004/10
http://earthobservatory.nasa.gov/Newsroom/BlueMarble/
Credit:
The Blue Marble data is courtesy of Reto Stockli (NASA/GSFC).
view all stories where this data set is used

Mosaic - National Snow and Ice Data Center (NSIDC) and the University of New Hampshire - 2003/11/30 - 2004/02/29
Staff from the National Snow and Ice Data Center (NSIDC) and the University of New Hampshire have assembled two digital image maps of surface morphology and optical snow grain size that cover the Antarctic continent and its surrounding islands. The MODIS Mosaic of Antarctica (MOA) image maps are derived from composites of 260 MODIS (Moderate-resolution Imaging Spectroradiometer) orbit swaths acquired between 20 November 2003 and 29 February 2004. The MOA provides a cloud-free view of the ice sheet, ice shelves, and land surfaces, and a quantitative measure of optical snow grain size for snow- or ice-covered areas. All land areas larger than a few hundred meters that are south of 60° S are included in the mosaic, as well as persistent fast ice regions and some grounded icebergs present near the coast in the 2003-2004 austral summer. The MOA surface morphology image map is derived from digitally processed MODIS Band 1 data. The optical snow grain size image is compiled using a normalized ratio of atmospherically corrected, calibrated band radiance data from Bands 1 and 2.
http://nsidc.org/data/nsidc-0280.html
view all stories where this data set is used

3 day averages: 2002/12 and 2005/12
view all stories where this data set is used
Note: While we identify the data sets used in these visualizations, we do not store any further details nor the data sets themselves on our site.