Visualizations by Lori Perkins Released on May 9, 2007
Download Options
NASA scientists are using high resolution models to try to understand the rainfall structure observed by the TRMM satellite. 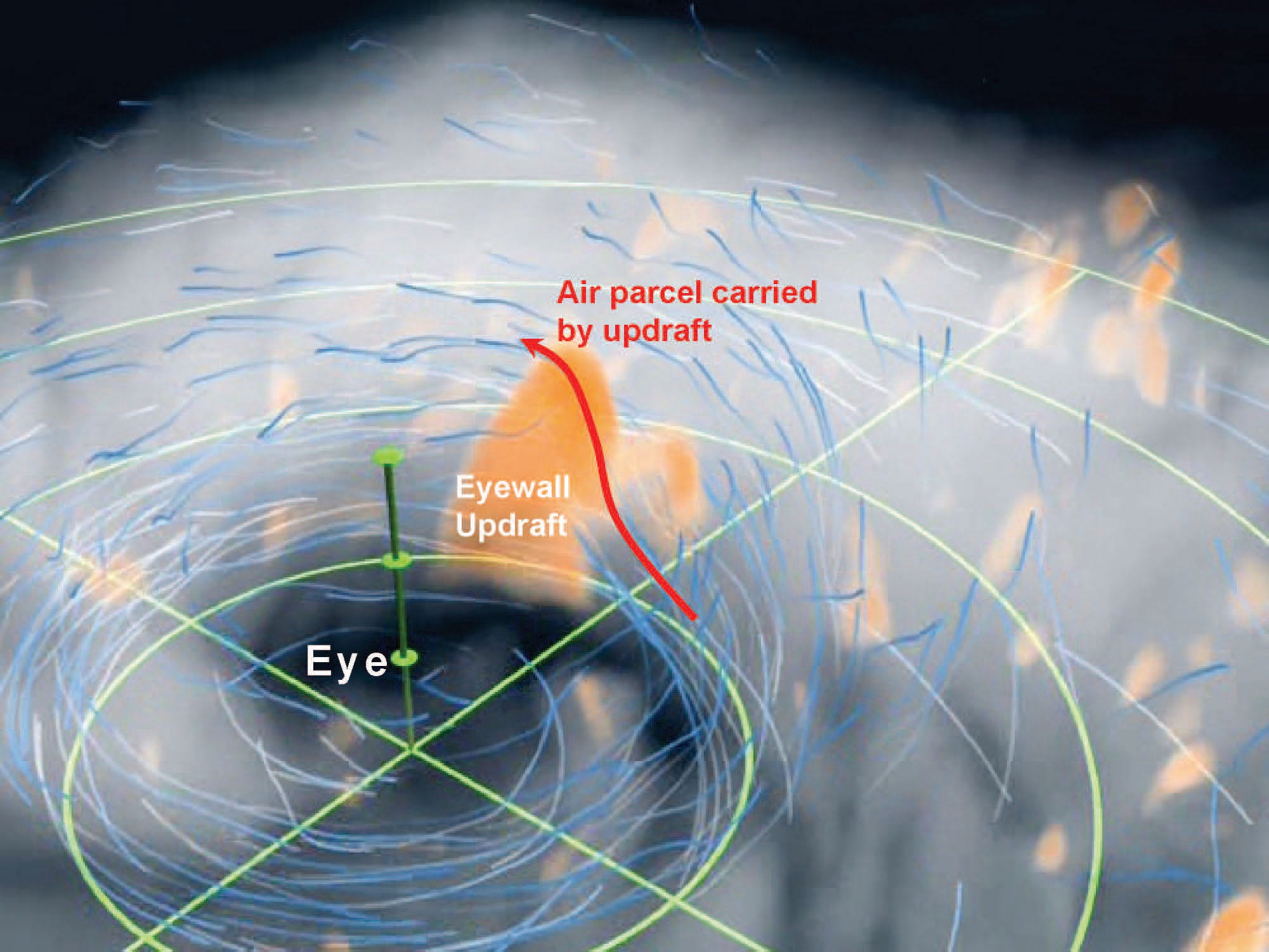 Download Options
Air parcels represented by blue streamers are carried up in the atmosphere by the eyewall updraft shown in orange. 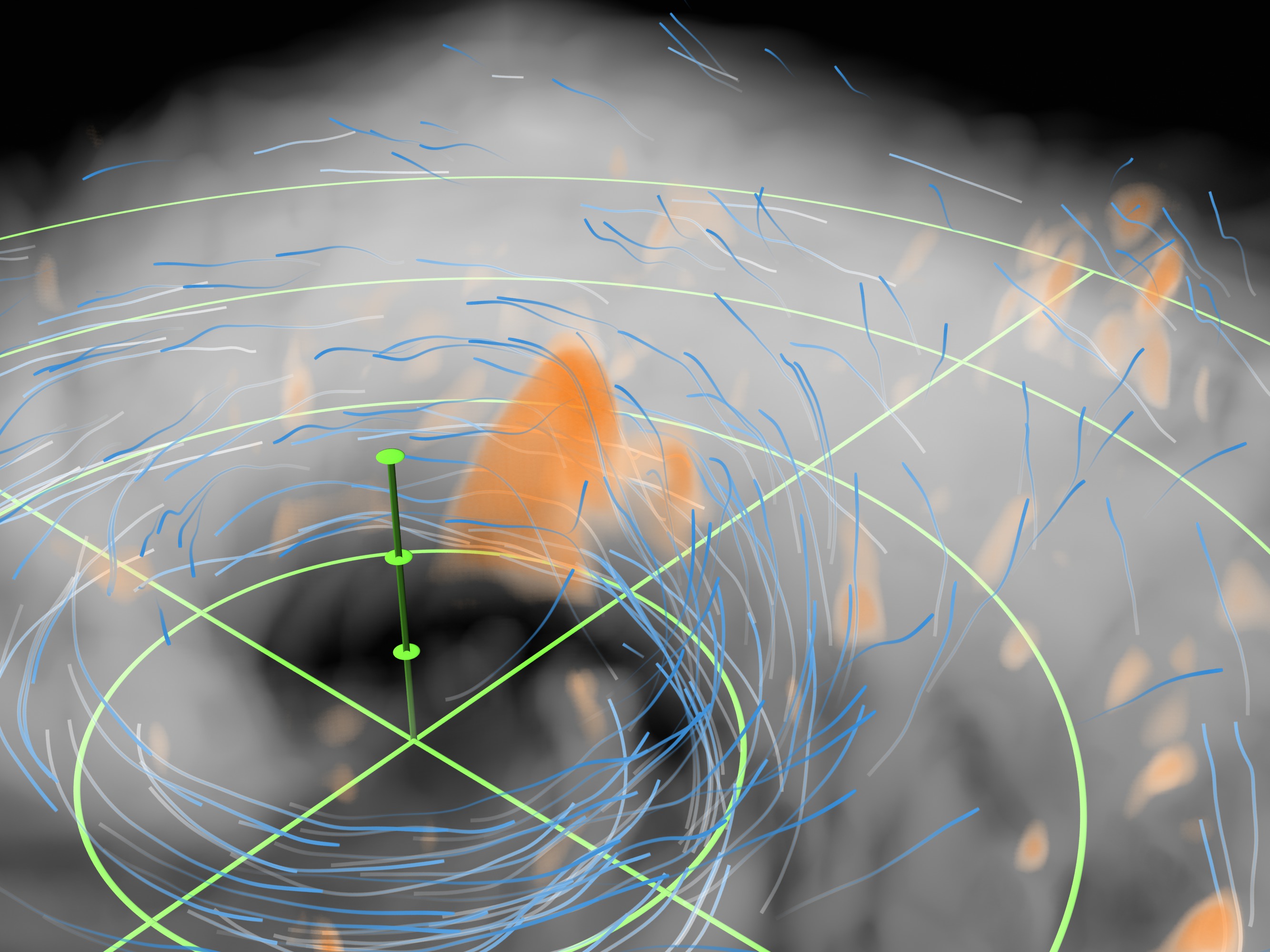 Download Options
This is the same data as the above image with the labels removed.

Model - PSU/NCAR - 08/22/1998 15Z-21Z
Model dataset from Penn State and The National Center for Atmospheric Research
http://met.psu.edu/tropical/charm/
view all stories where this data set is used
Note: While we identify the data sets used in these visualizations, we do not store any further details nor the data sets themselves on our site.