Visualizations by Lori Perkins Released on December 5, 2005
Download Options
This animation zooms down to Antarctica and shows the daily ozone readings from July 1, 2005 to October 25,2005. 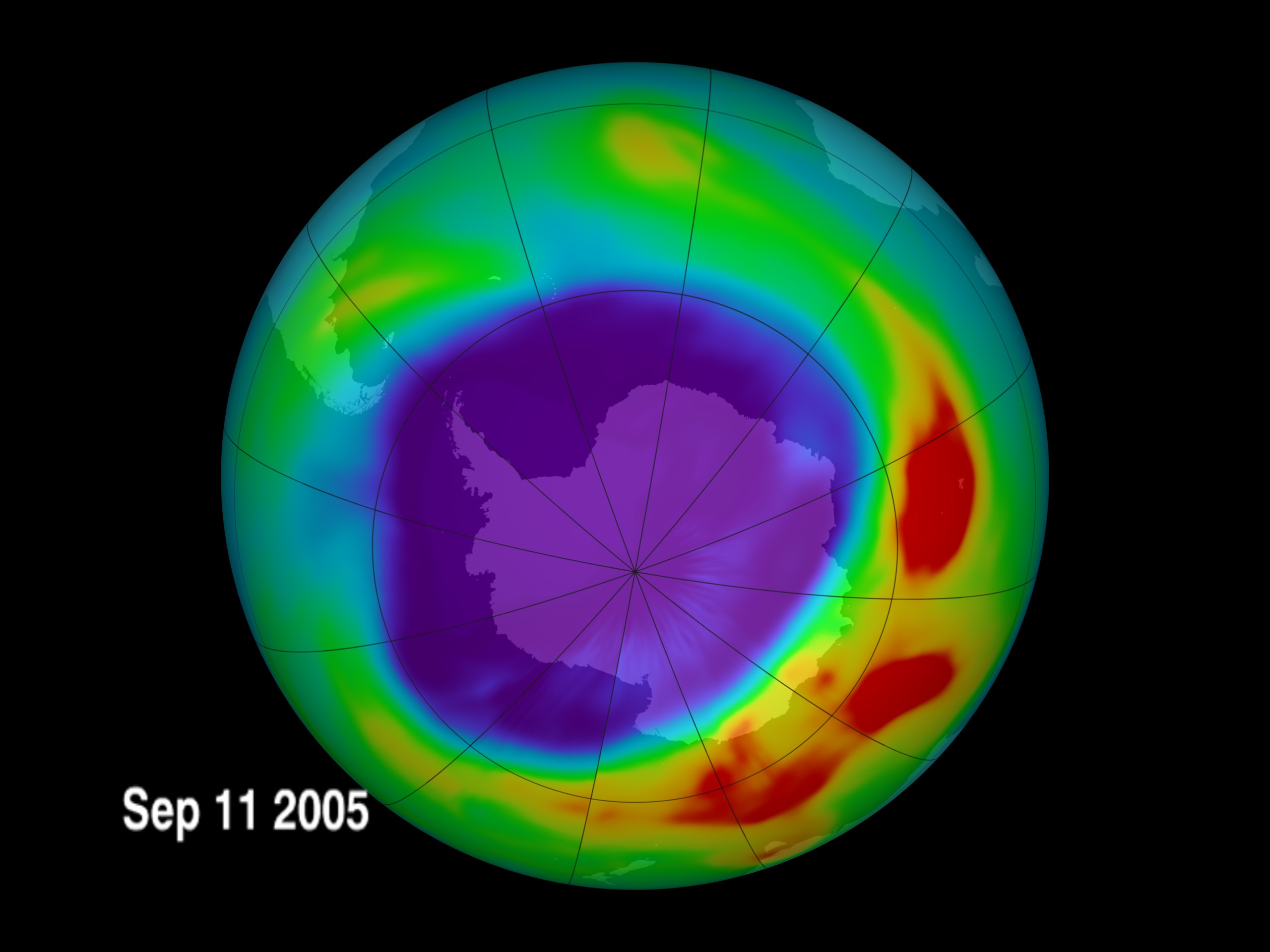 Download Options
September 11, 2005 -The ozone thinning over Antarctica reached its maximum extent for the year.

Please give credit for this item to:
NASA/Goddard Space Flight Center Scientific Visualization Studio Updated Daily from July 1 to Dec 31 at http://ozonewatch.gsfc.nasa.gov

2005/07/01 - 2005/10/25
view all stories where this data set is used
Note: While we identify the data sets used in these visualizations, we do not store any further details nor the data sets themselves on our site.