Blast Wave from Supernova 1987A

Released on March 3, 2017
Download Options
This scientific visualization shows the development of Supernova 1987A, from the initial explosion observed three decades ago to the luminous ring of material we see today. 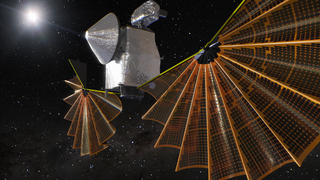