Visualizations by Tom Bridgman Released on December 15, 2004
Download Options
This movie displays the changing radiation belts from the solar storm as well as a satellite orbit (red) in the 'Safe Zone'. 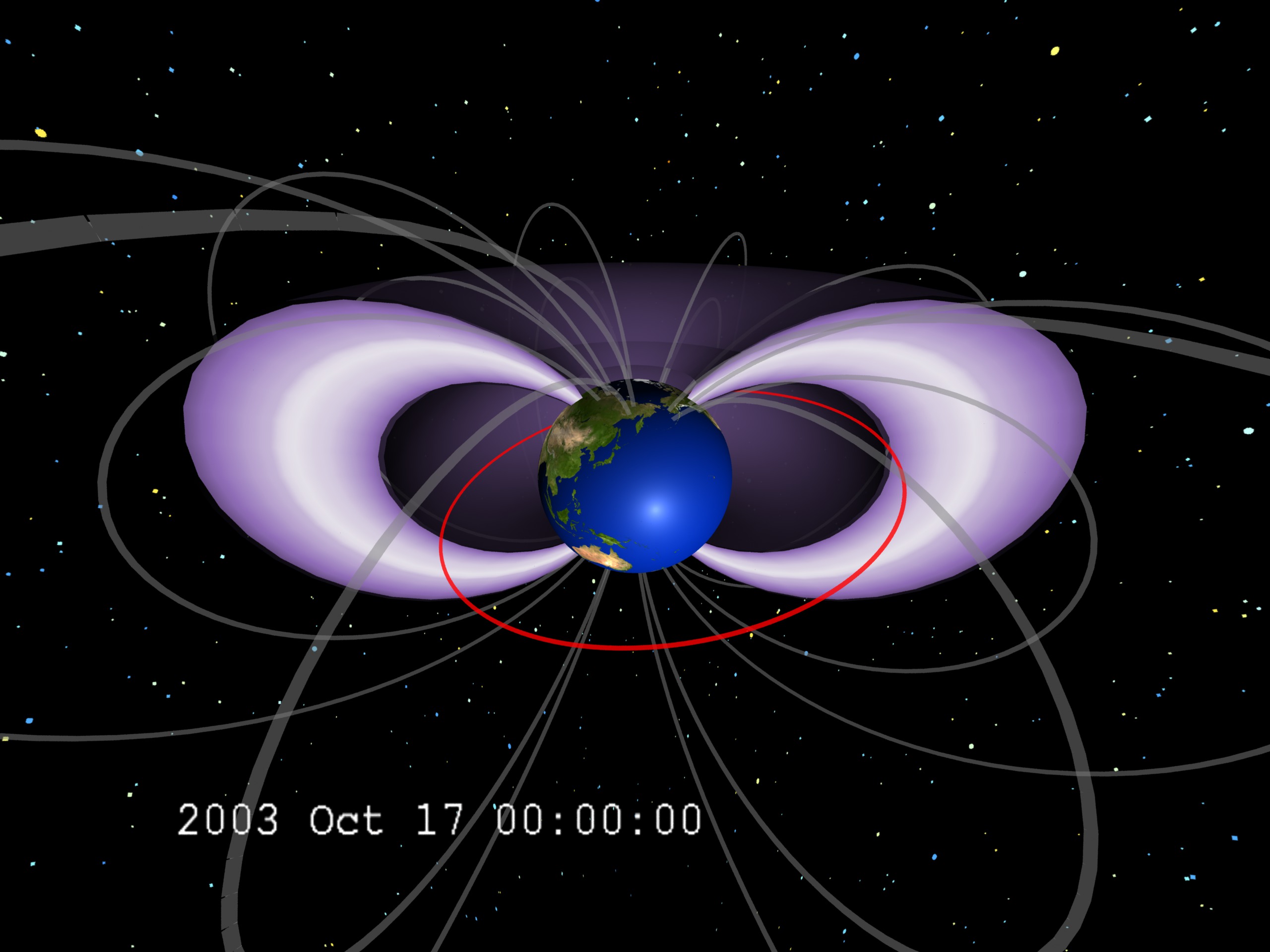 Download Options
Here a satellites orbit is well within the Safe Zone. Only the outer belt is visible at this time. The inner belt is too faint to be distinguished on this data scale. 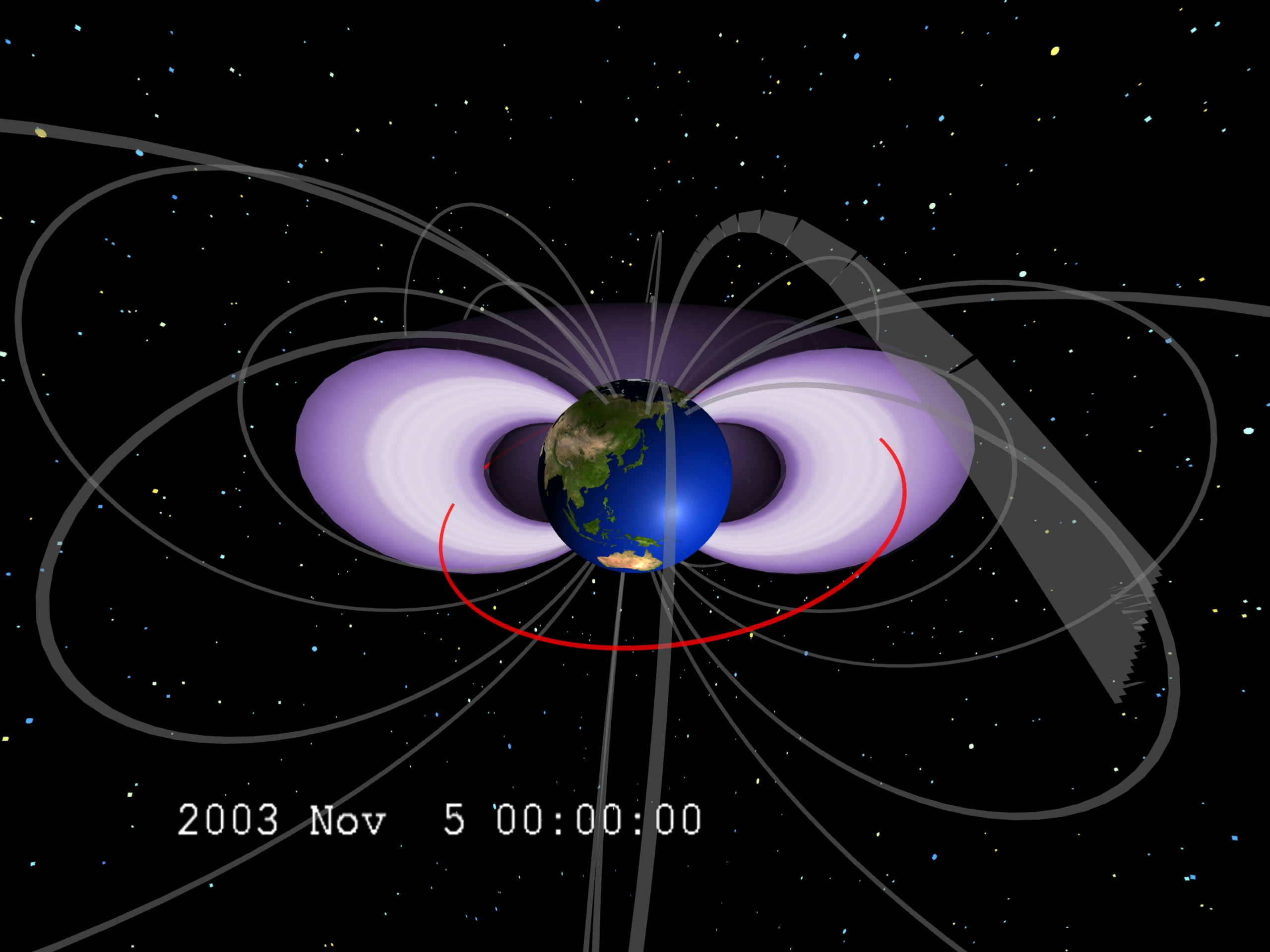 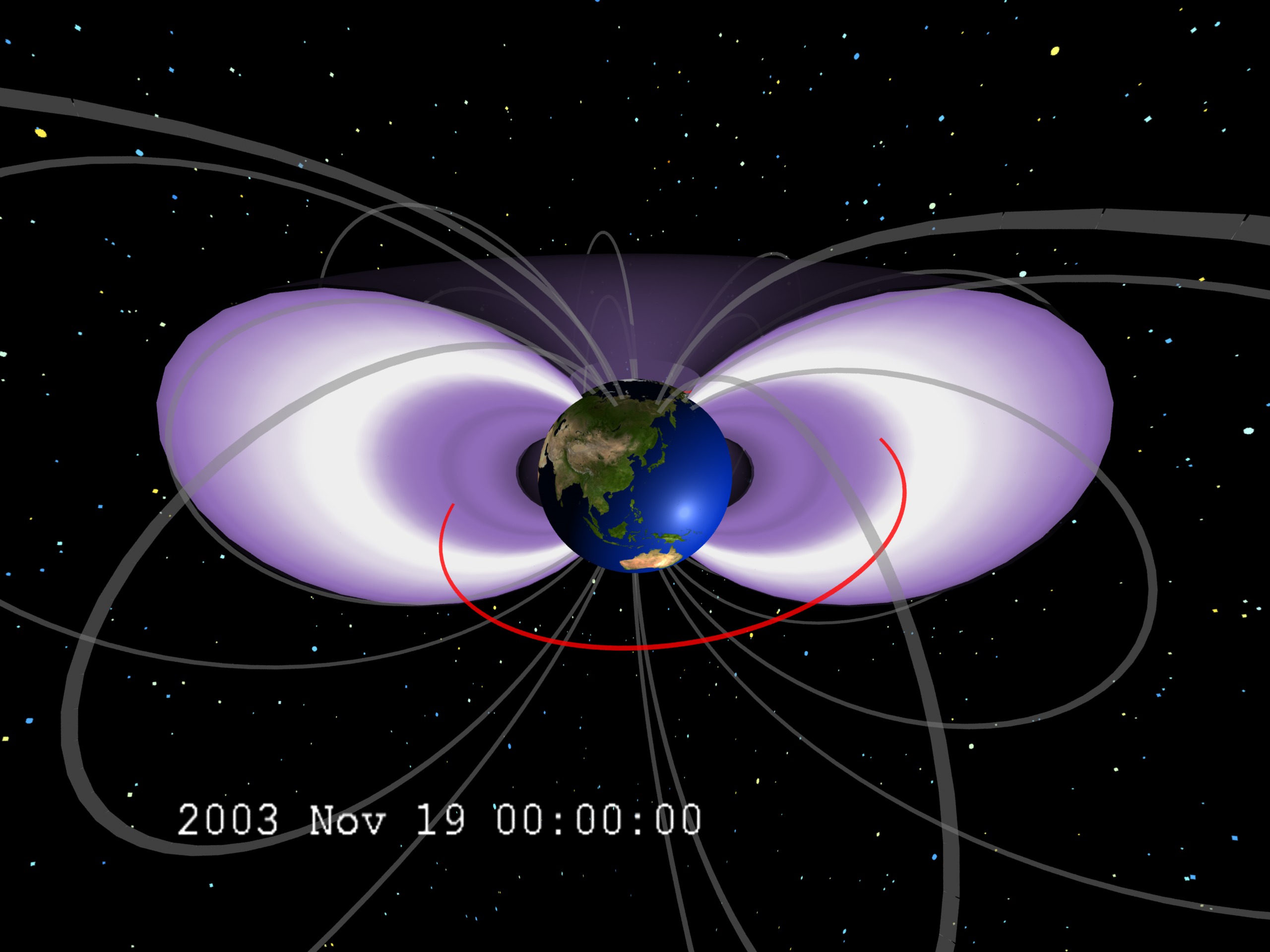 Download Options
As the belts return to their quiescent state, radiation levels at the satellite decrease. 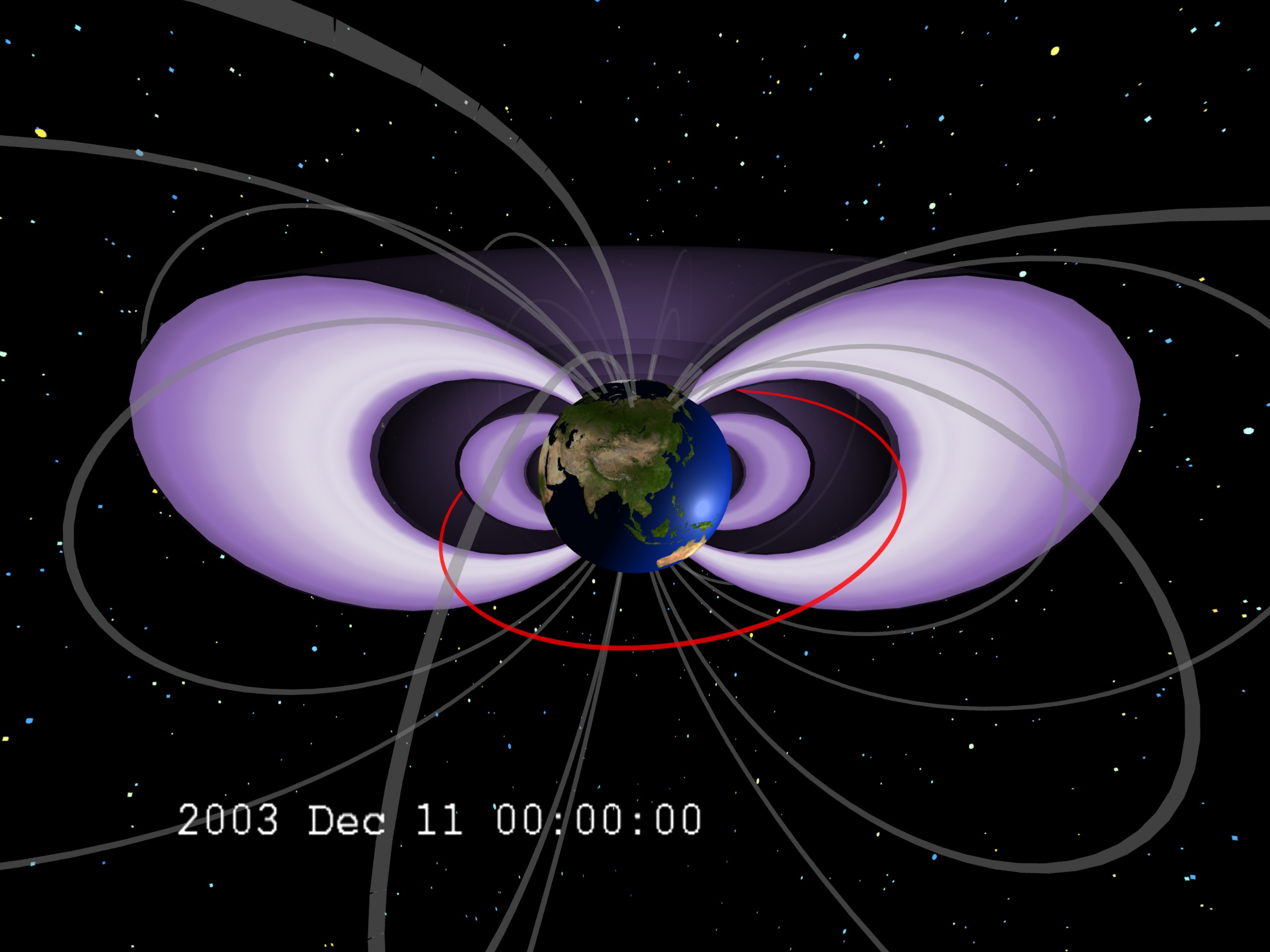 Download Options
Later still, the Safe Zone re-opens. The inner belts have not yet shed the high-energy electrons from the event and so their enhanced electron flux makes them visible on this data scale.