Visualizations by Alex Kekesi Released on May 19, 2004
Download Options
Animation depicting the 2003 iceberg flow in the North Atlantic off the coast of Maine. 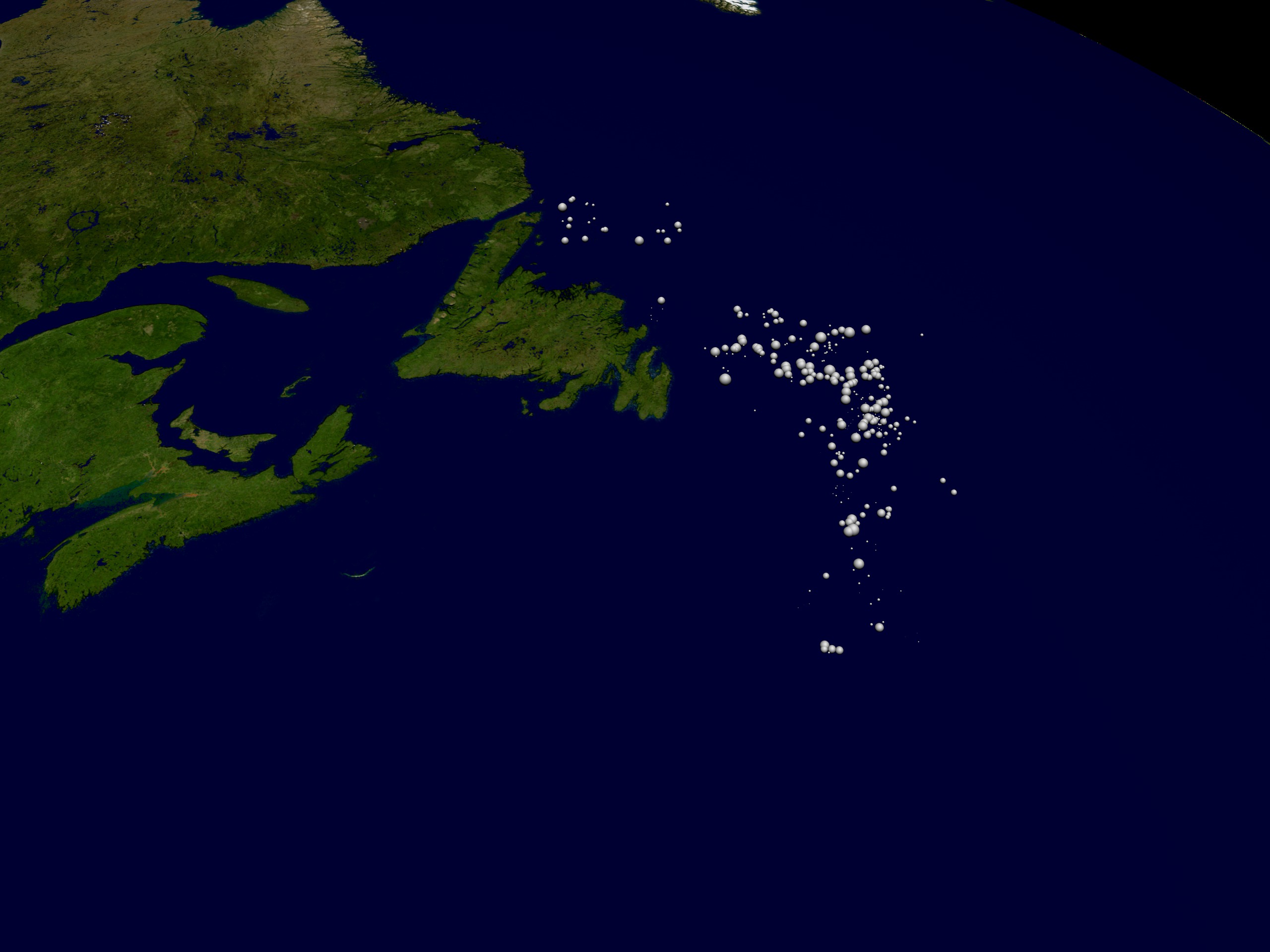 Download Options
An example snapshot of the 2003 North Atlantic Icebergs.

Database - International Ice Patrol (IIP) - 2003/02/20 - 2003/07/15
view all stories where this data set is used
Note: While we identify the data sets used in these visualizations, we do not store any further details nor the data sets themselves on our site.

This item is part of this series:
Cryosphere 2003