Visualizations by Greg Shirah Released on September 30, 2003
Download Options
This part of the visualization is the setup shot, showing Blue Marble data, which pushes into the western Atlantic Ocean. 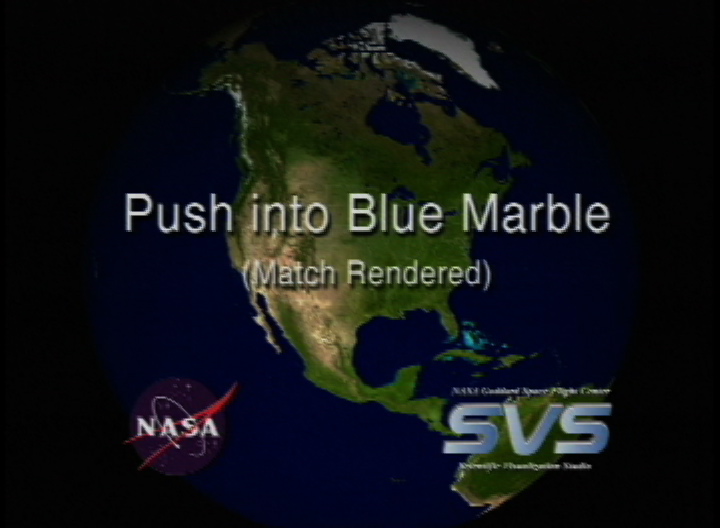