Hurricane Isabel Barrels Down on the East Coast, September 15, 2003

Visualizations by Lori Perkins Released on September 16, 2003
Download Options
This animation looks under the hood of Hurricane Isabel on September 15, 2003. At this time, Isabel had maximum sustained winds of 150 mph with gusts up to 160 mph. The eye of the storm has a diameter of 40 nautical miles. The storm is moving to the west-northwest at 7mph. The animation peels away the cloud layer and reveals the storm's rain structure. The yellow isosurface represents areas where at least 0.5 inches of rain fell per hour. The green isosurface show 1.0 inches of rain per hour and red displays where more than 2 inches of rain fell per hour. 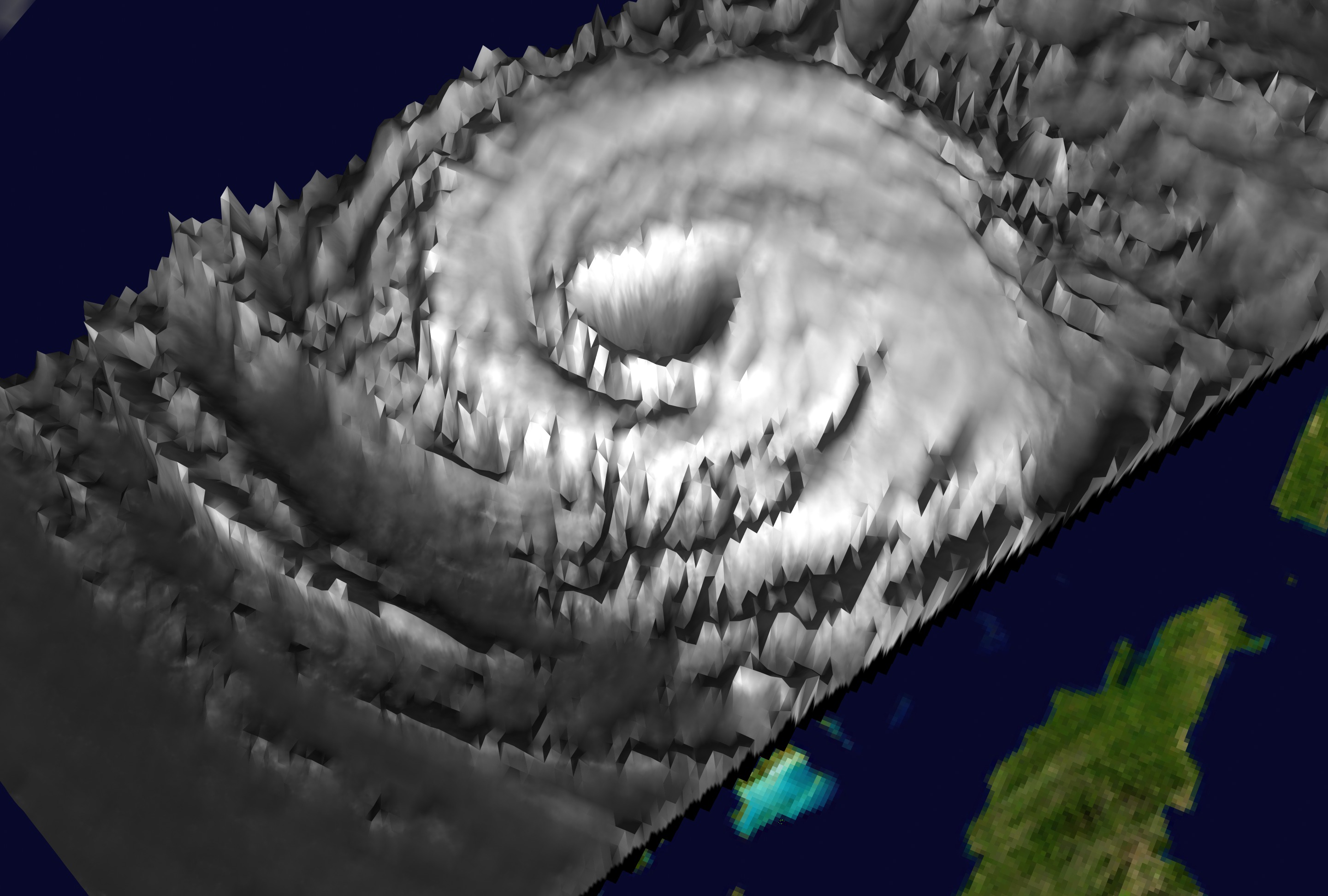 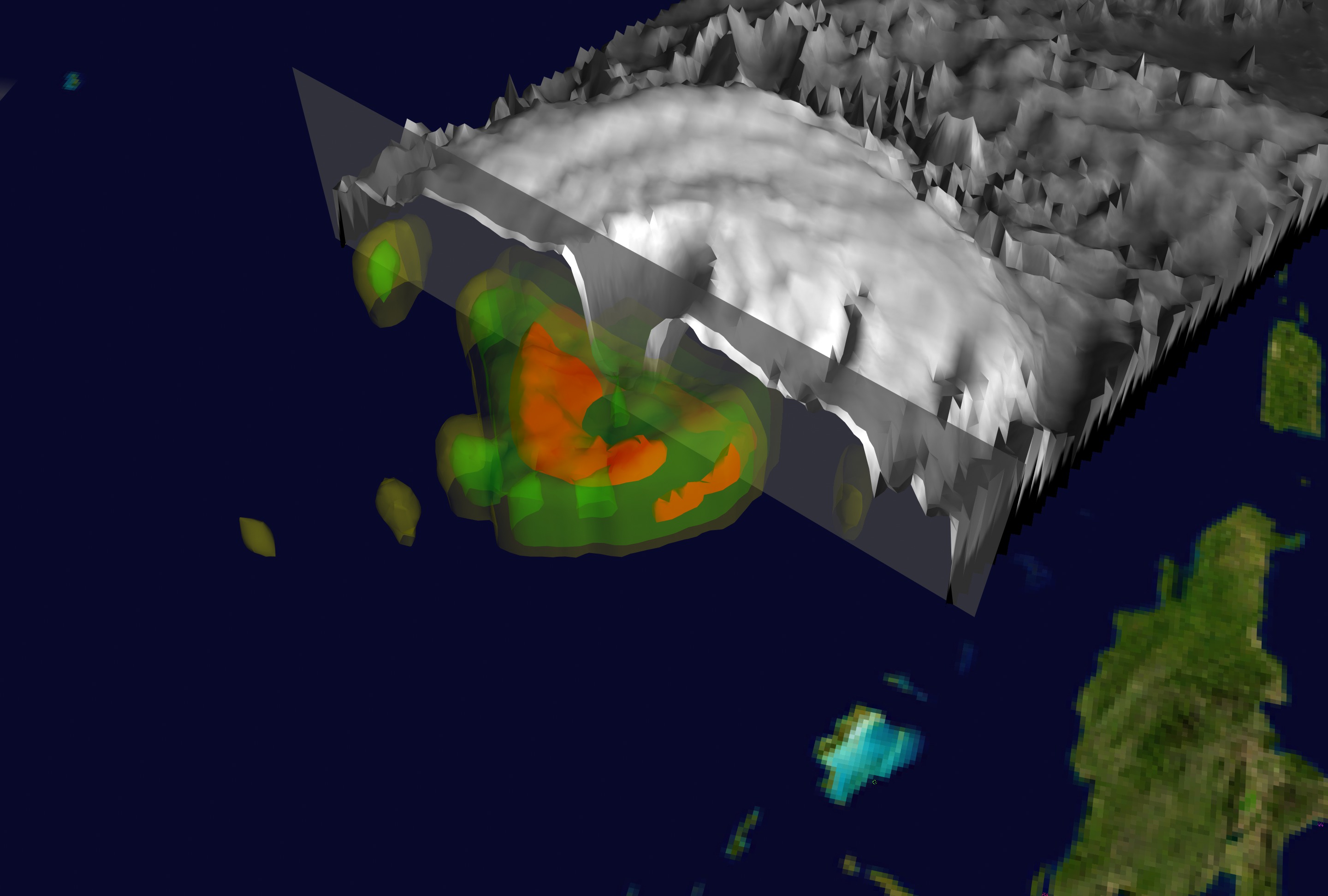 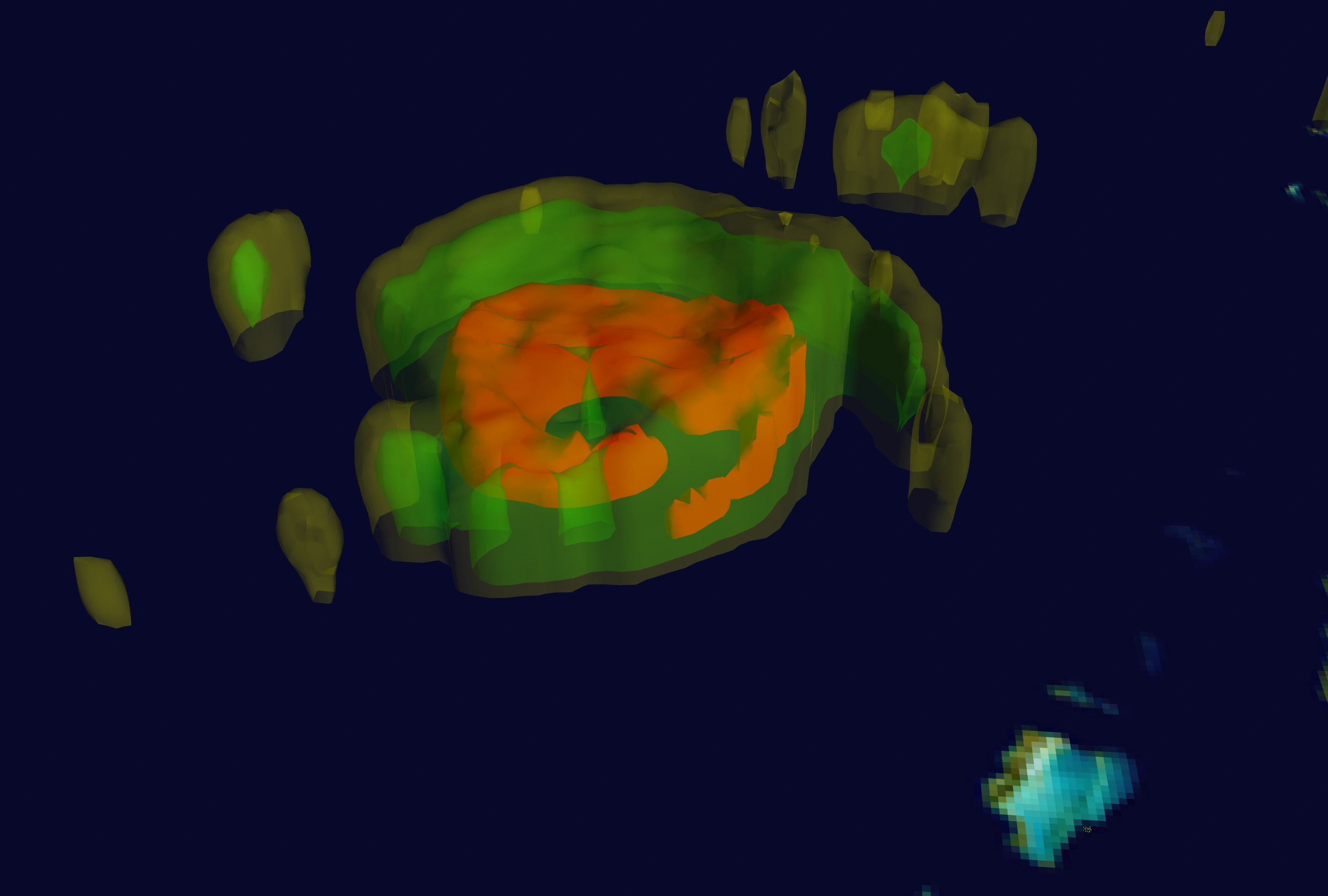 2003/09/15
view all stories where this data set is used
Note: While we identify the data sets used in these visualizations, we do not store any further details nor the data sets themselves on our site.