Visualizations by Alex Kekesi Released on January 23, 2003
Download Options
Animation of the Apollo 17 full Earth photo. This animation starts with the full earth in view and proceeds to do a slight drift into the image. This animation is match-framed to animation #2683 for a post-production transition. 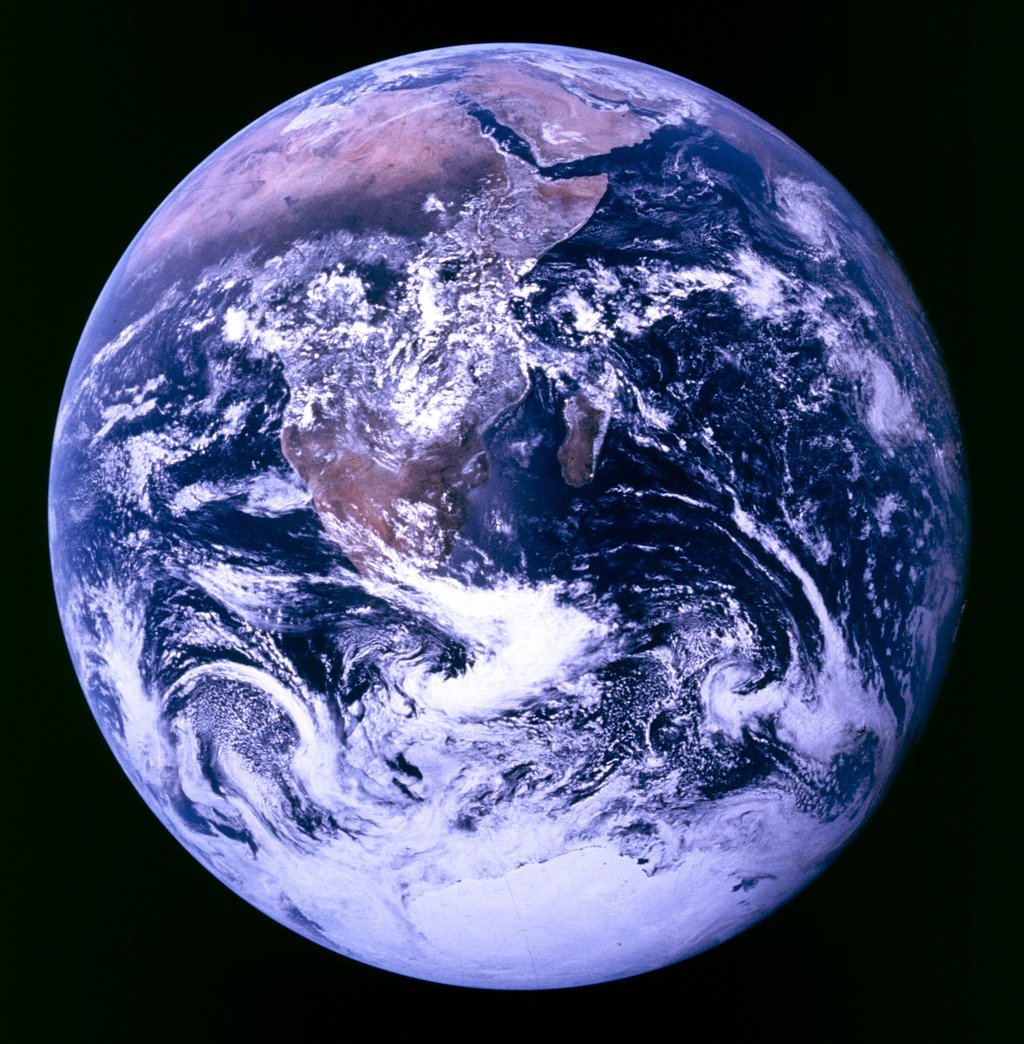 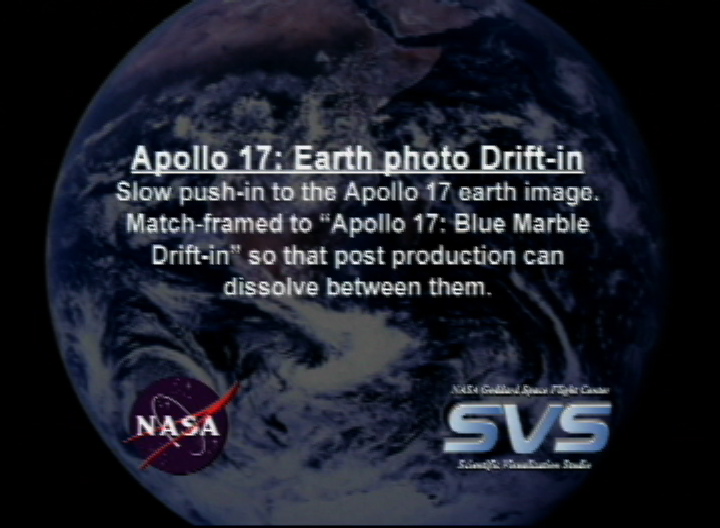 Slow push-in to the Apollo 17 earth image. Match-framed to 'Apollo 17: Blue Marble Drift-in' so that post production can dissolve between them".