The Lights of Earth: United States

Visualizations by Stuart A. Snodgrass Released on March 6, 2002
Download
Human-made lights highlight particularly developed or populated areas of the Earths surface, including the seaboards of the eastern United States. 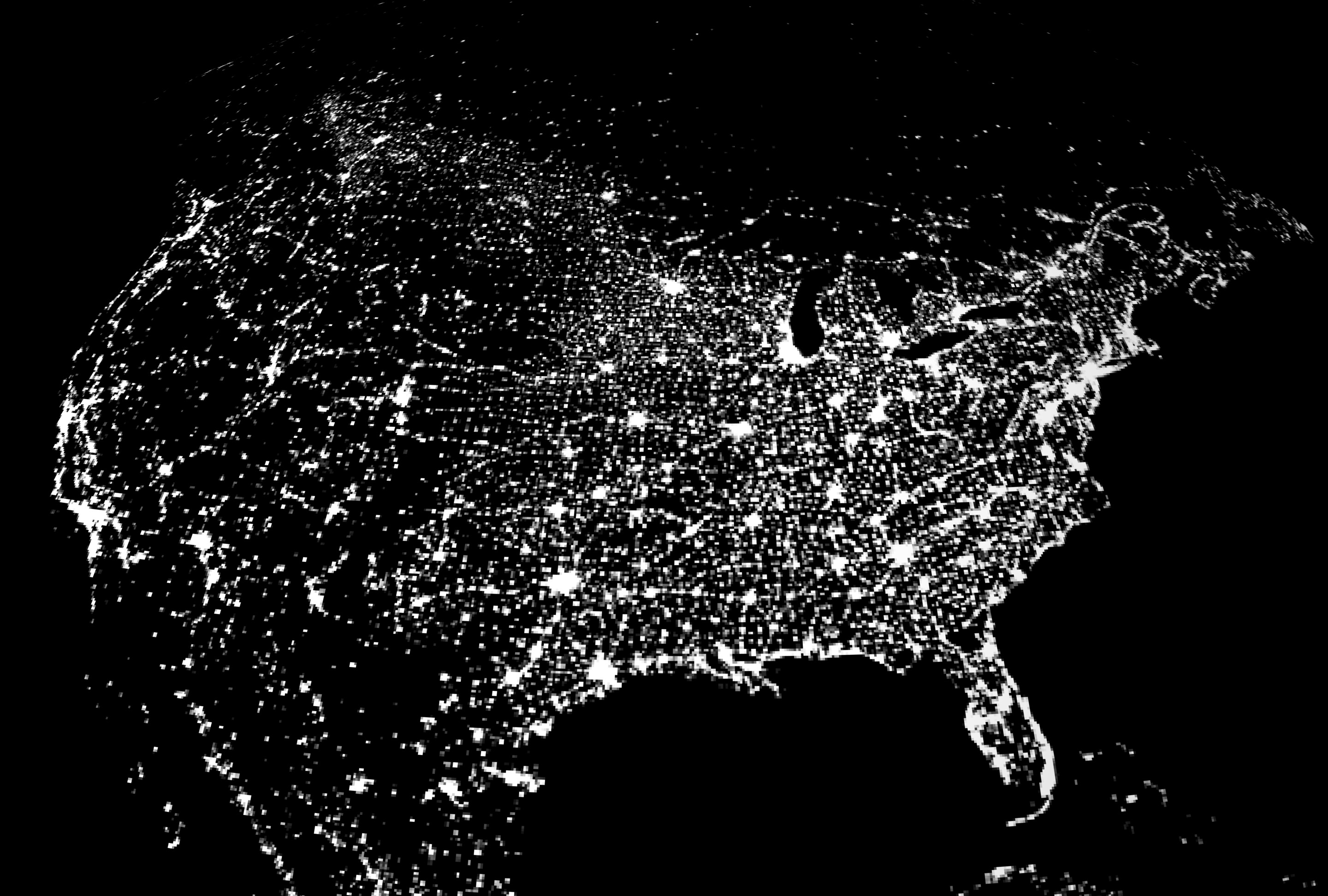 Download
The above image is actually a composite of hundreds of pictures made by the Defense Meteorological Satellite Program (DMSP) currently operates four satellites carrying the Operational Linescan System (OLS) in low-altitude polar orbits. 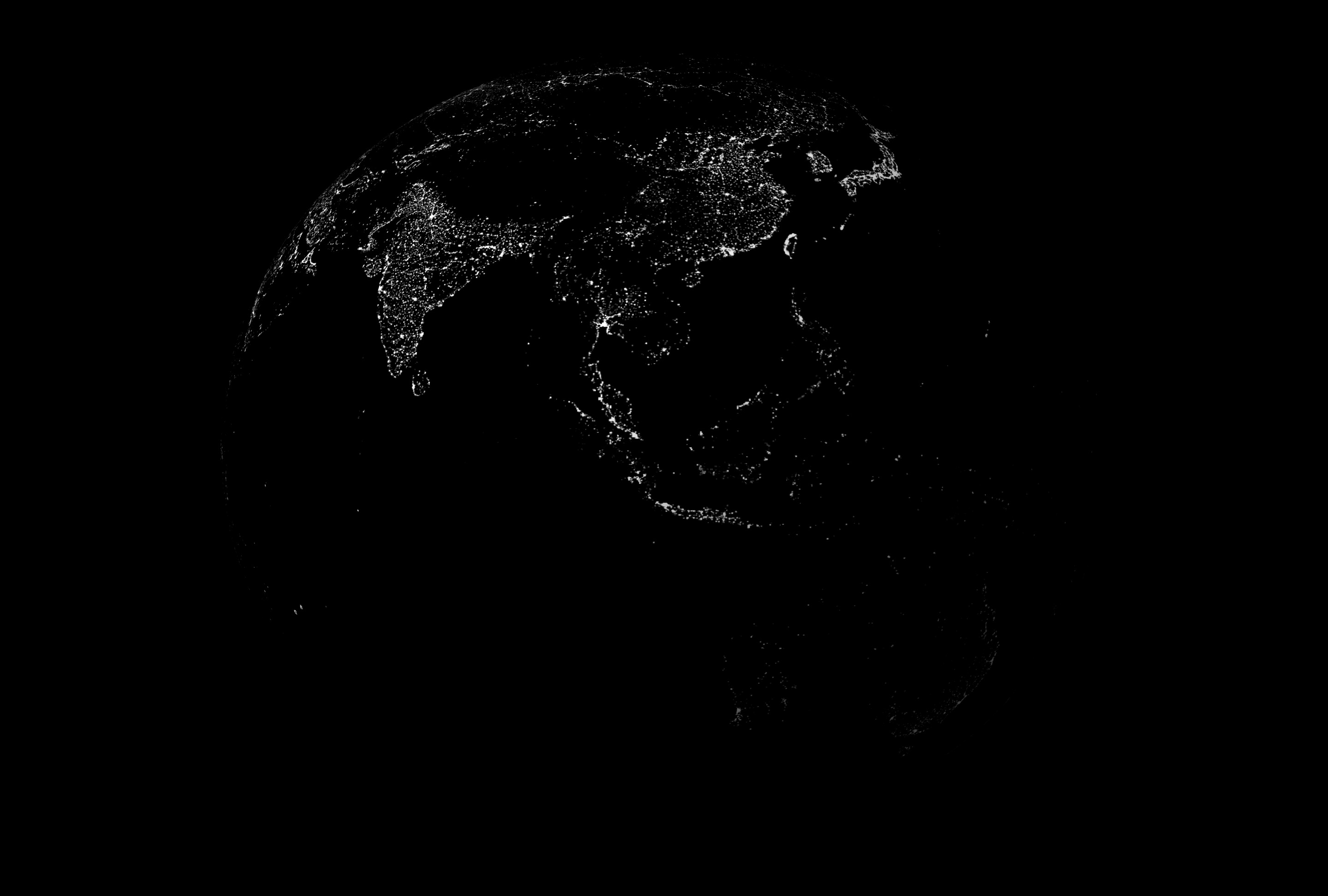 Download
Three of these satellites record nighttime data. The DMSP-OLS has a unique capability to detect low levels of visible-near infrared (VNIR) radiance at night. With the OLS VIS band data it is possible to detect clouds illuminated by moonlight, plus lights from cities, towns, industrial sites, gas flares, and ephemeral events such as fires and lightning-illuminated clouds. 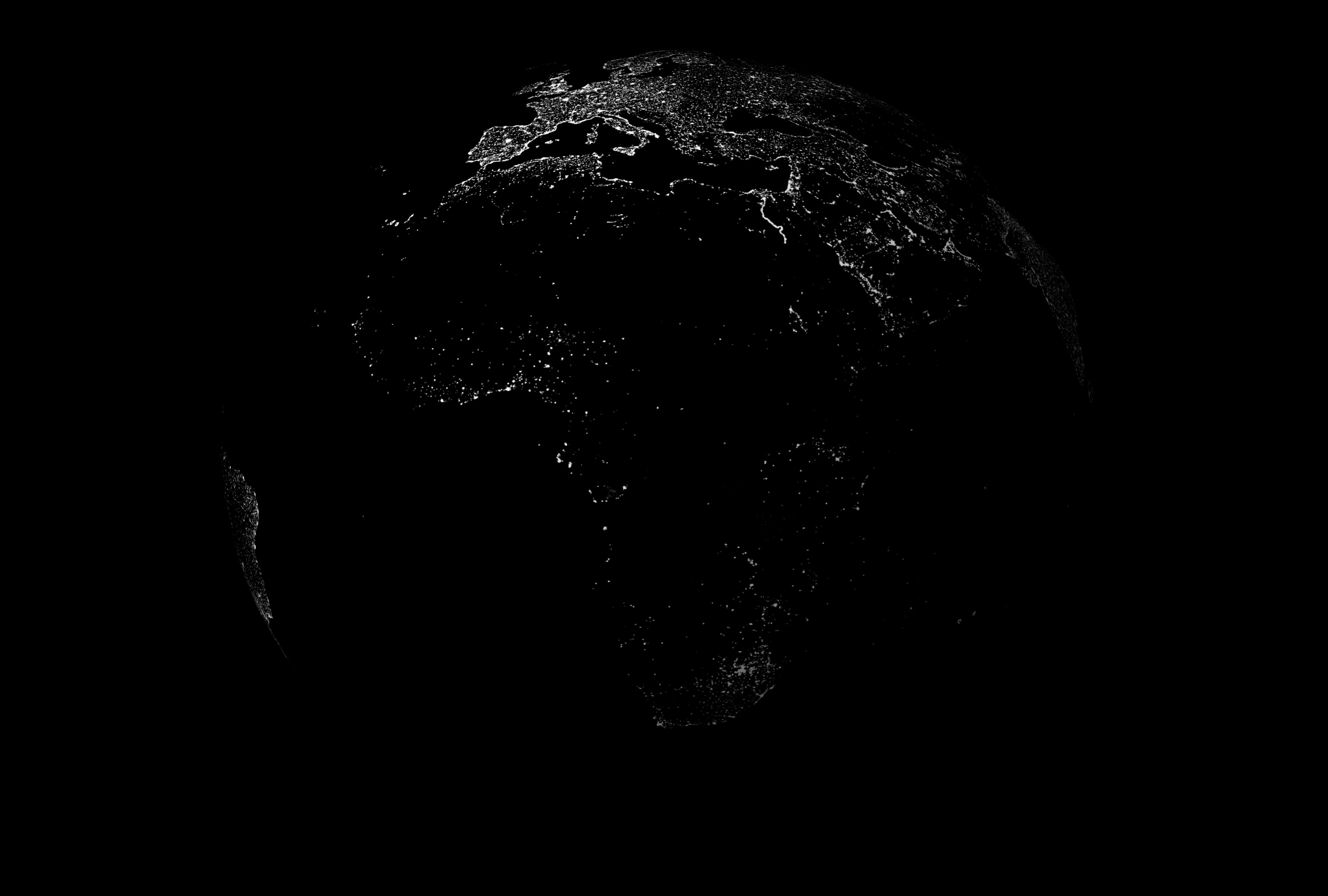 Download
The Nighttime Lights of the World data set is compiled from the October 1994 - March 1995 DMSP nighttime data collected when moonlight was low. Using the OLS thermal infrared band, areas containing clouds were removed and the remaining area used in the time series.

1994/10 - 1995/03
view all stories where this data set is used
Note: While we identify the data sets used in these visualizations, we do not store any further details nor the data sets themselves on our site.

This item is part of this series:
Earth at Night 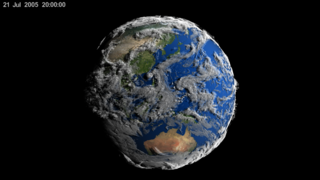