Visualizations by Greg Shirah Released on October 3, 2001
Download Options
An animation of the stratospheric ozone hole over Antarctica, as measured by Earth Probe TOMS from July 15, 2001 through October 9, 2001. Red and yellow denote regions of high ozone and dark blue denotes regions of low ozone. 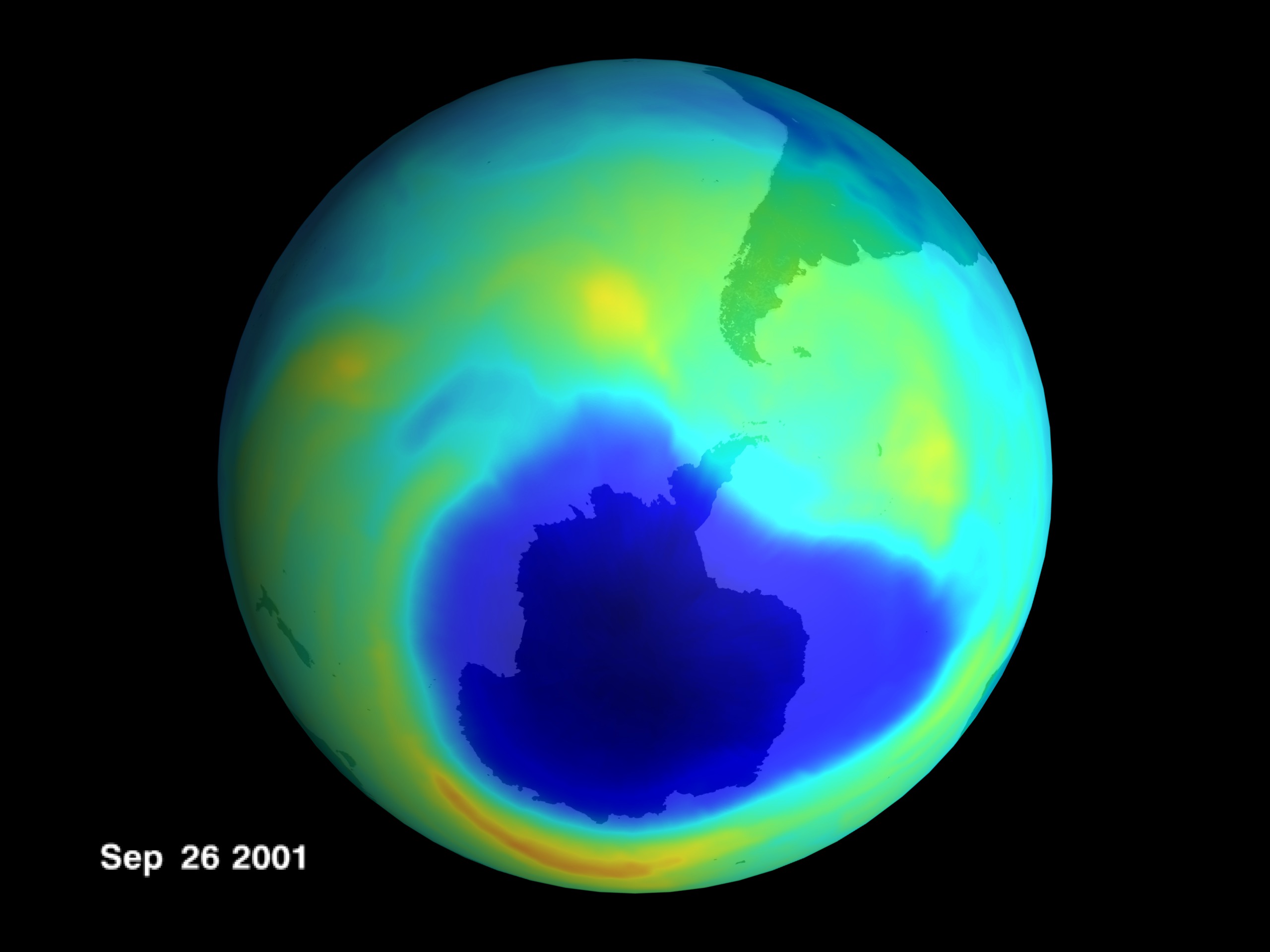 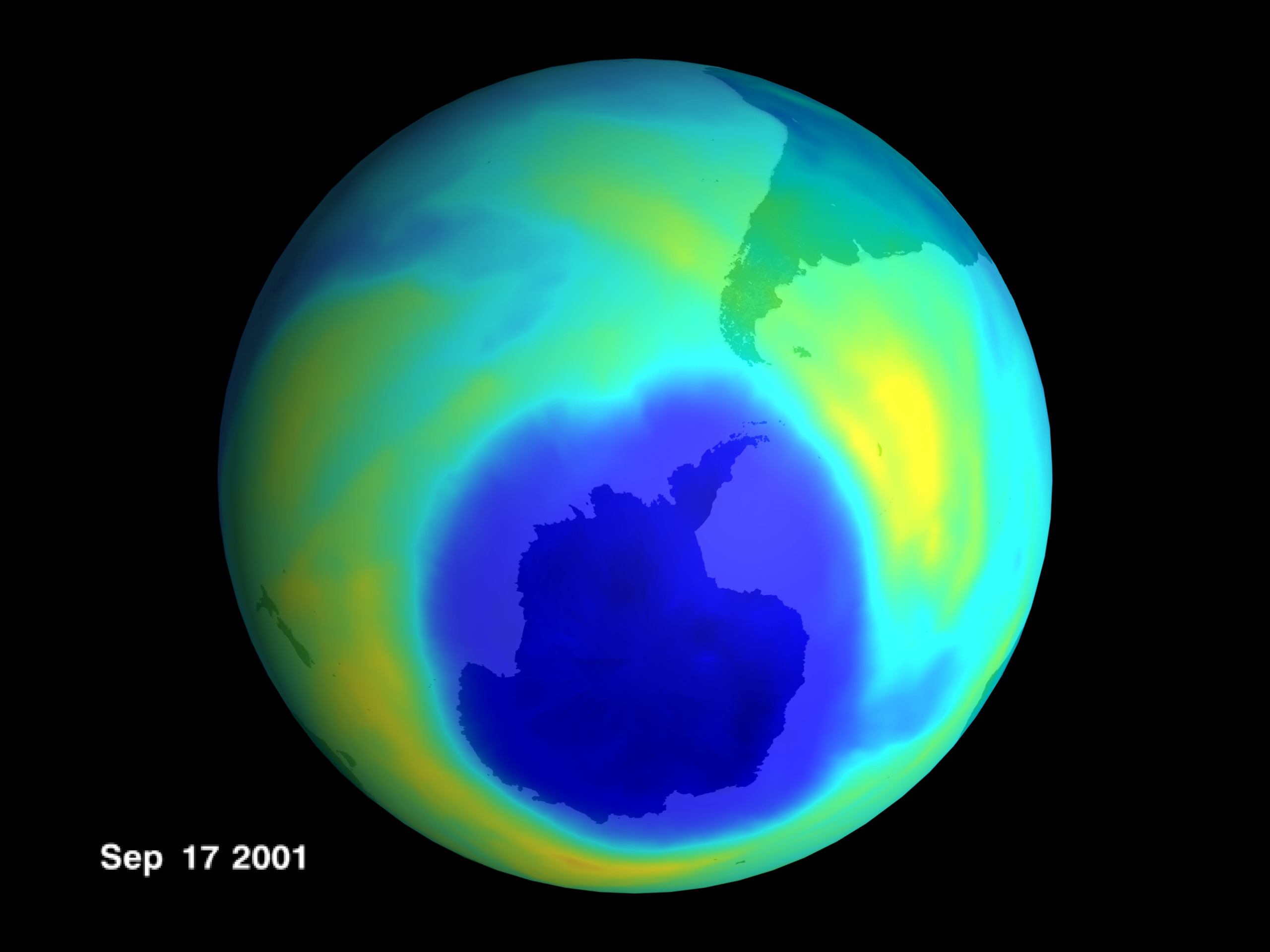 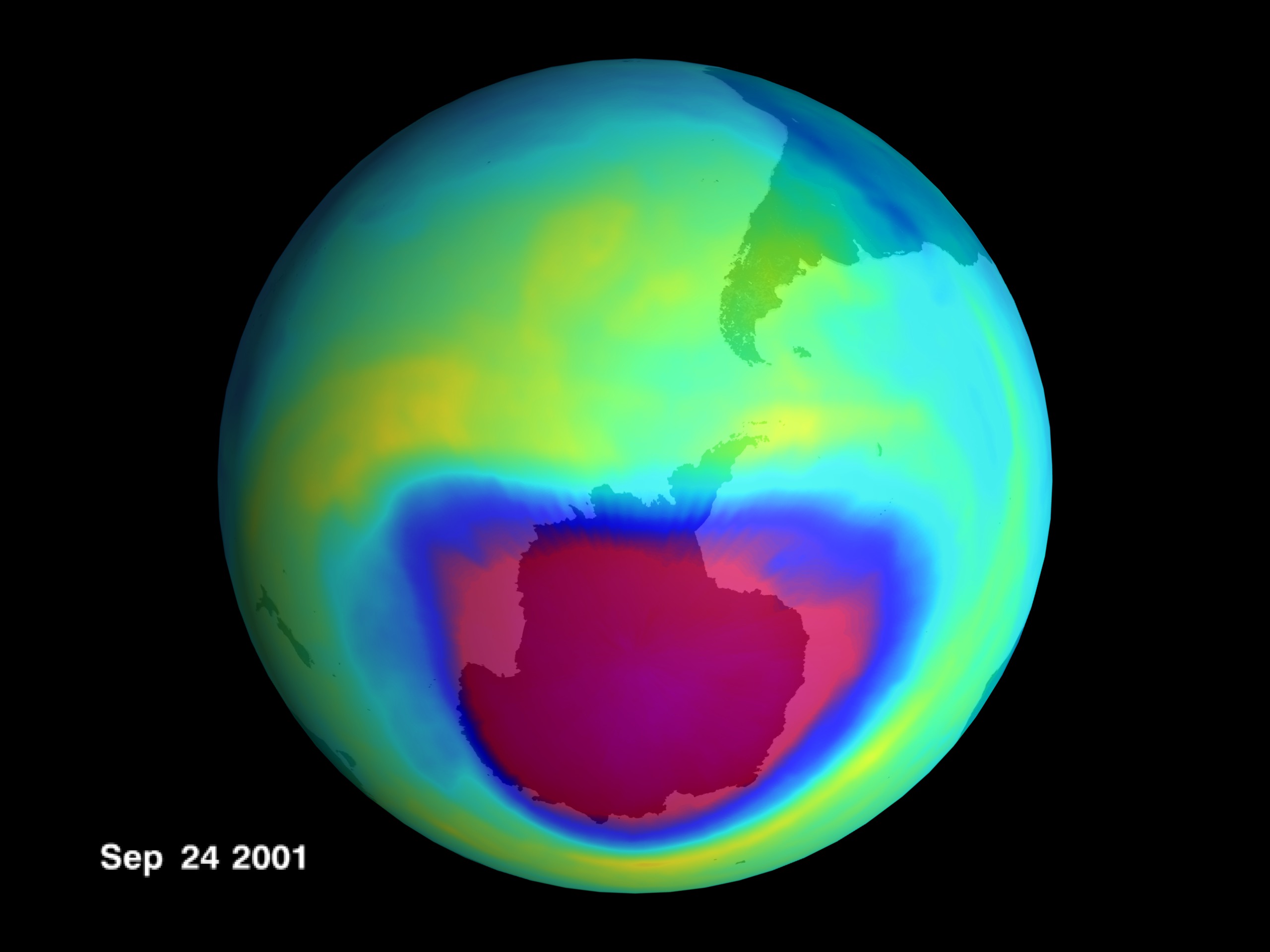 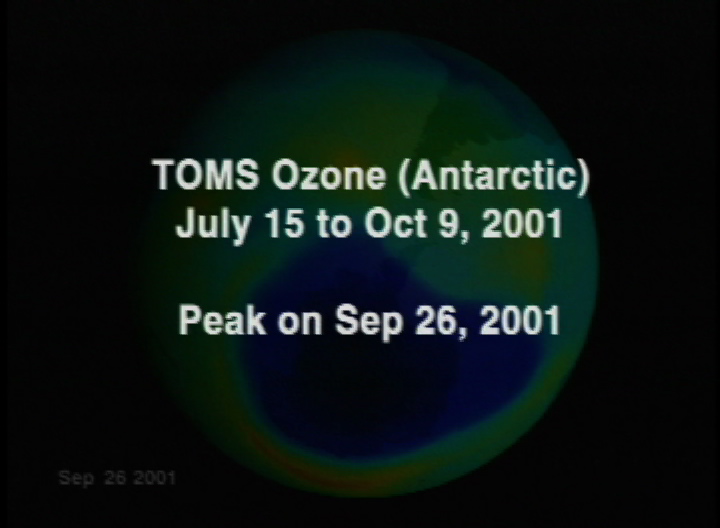 2001/07/15-2001/10/09
view all stories where this data set is used
Note: While we identify the data sets used in these visualizations, we do not store any further details nor the data sets themselves on our site.