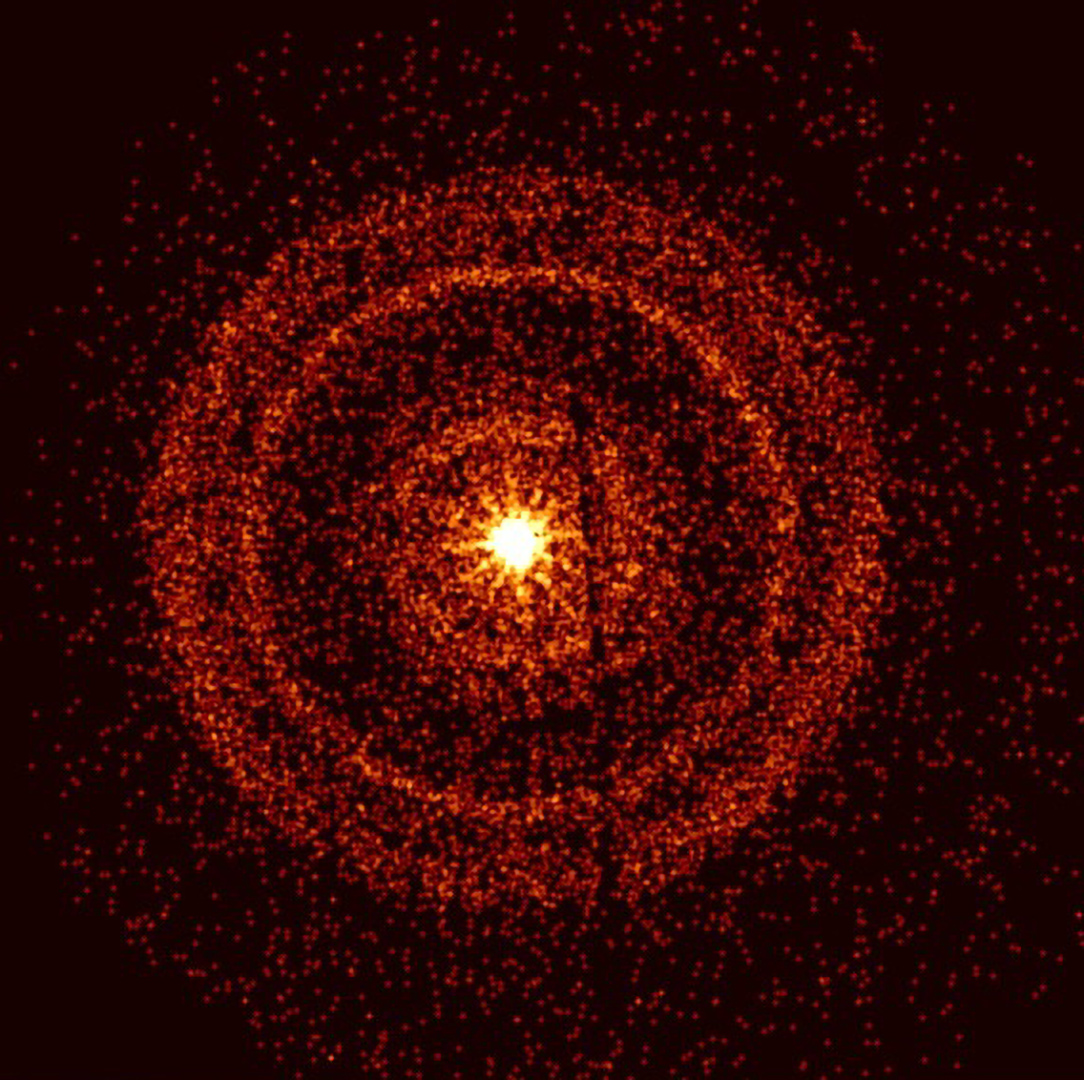 Download Options
Swift’s X-Ray Telescope captured the afterglow of GRB 221009A about an hour after it was first detected. The bright rings form as a result of X-rays scattered by otherwise unobservable dust layers within our galaxy that lie in the direction of the burst. The dark vertical line is an artifact of the imaging system.

Download Options
This sequence constructed from Fermi Large Area Telescope data reveals the sky in gamma rays centered on the location of GRB 221009A. Each frame shows gamma rays with energies greater than 100 million electron volts (MeV), where brighter colors indicate a stronger gamma-ray signal. In total, they represent more than 10 hours of observations. The glow from the midplane of our Milky Way galaxy appears as a wide diagonal band. The image is about 20 degrees across.

Download Options
Images taken in visible light by Swift’s Ultraviolet/Optical Telescope show how the afterglow of GRB 221009A (circled) faded over the course of about 10 hours. The explosion appeared in the constellation Sagitta and occurred about 1.9 billion years ago. The image is about 4 arcminutes across.

Download Options
As above but without the burst circled.

Download Options
Astronomers think GRB 221009A represents the birth of a new black hole formed within the heart of a collapsing star. As illustrated here, the black hole drives powerful jets of particles traveling near the speed of light. The jets pierce through the star, emitting X-rays and gamma rays as they stream into space. 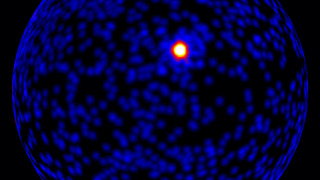