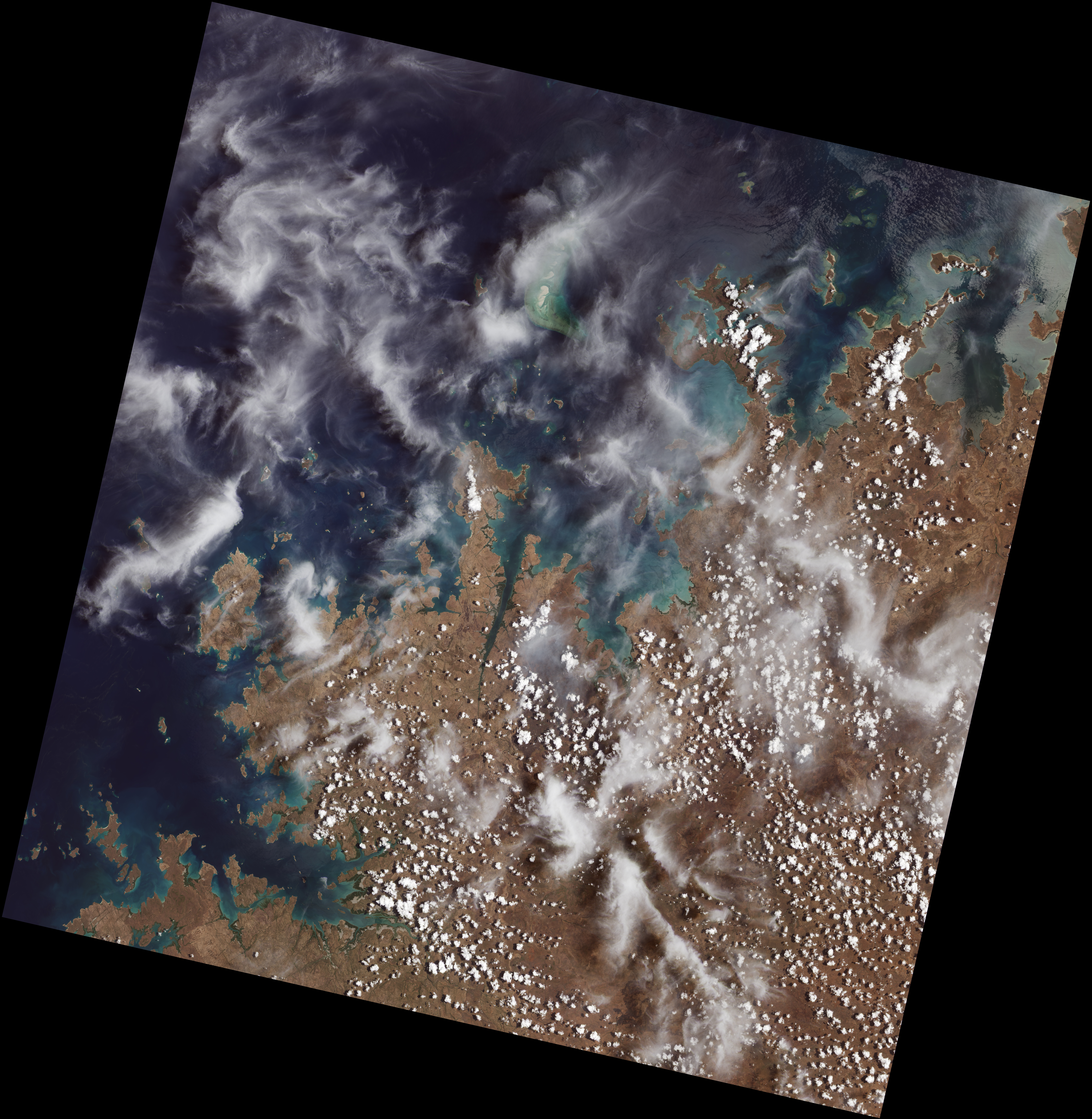 Download Options
The first data from Landsat 9, of Australia's Kimberley Coast in Western Australia, shows off the capabilities of the two instruments on the spacecraft. This image, from the Operational Land Imager 2, or OLI-2, was acquired on Oct. 31, 2021. Although similar in design to its predecessor Landsat 8, the improvements to Landsat 9 allow it to detect more subtle differences, especially over darker areas like water or the dense mangrove forests along the coast. 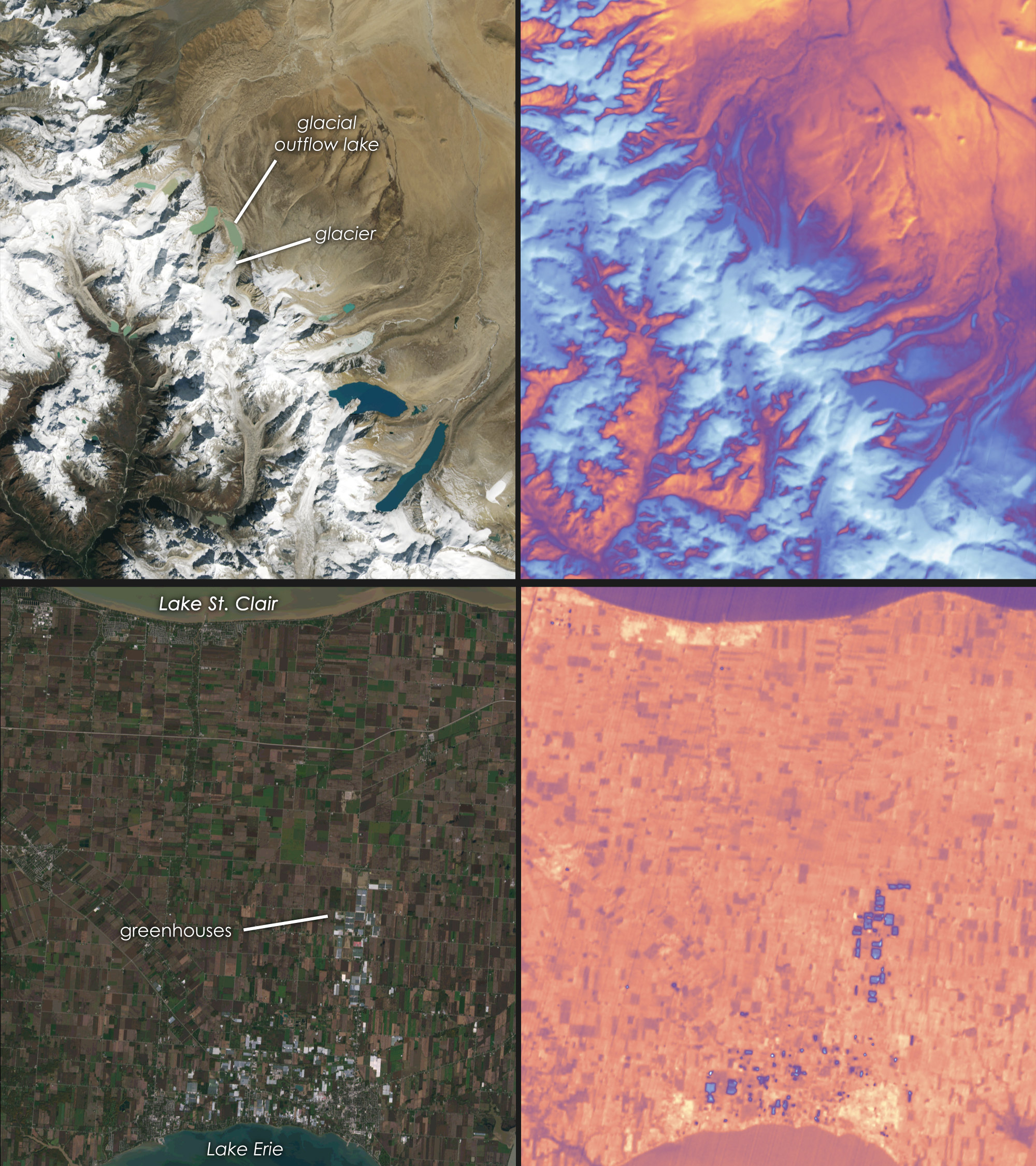 Download Options
Landsat 9 carries two instruments designed to work together to capture a broad range of wavelengths: the Operational Land Imager 2, or OLI-2, which detects nine different wavelengths of visible, near-infrared and shortwave-infrared light; and the Thermal Infrared Sensor 2, or TIRS-2, which detects two wavelengths of thermal radiation to measure slight changes in temperature. Data from both instruments are shown in the two pairs in this image.

The bottom left shows the brown and green rectangles of farm fields in southern Ontario, sandwiched between Lake Erie and Lake St. Clair. The white and grey rectangles in the bottom of the image are produce greenhouses, which show up as blue-ish (relatively cooler) spots in the TIRS-2 image on the right. 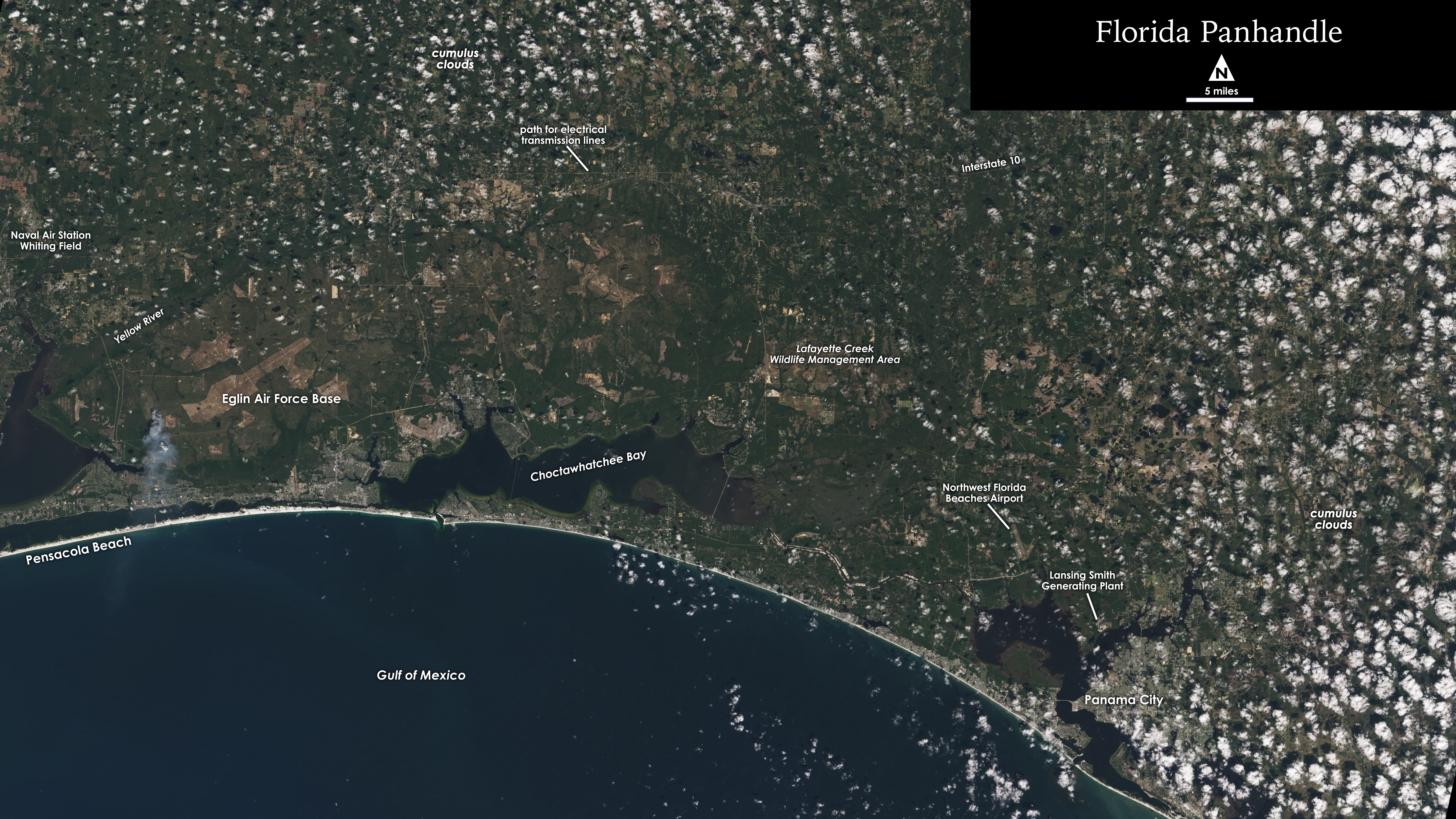 Download Options
Florida's Emerald Coast -- The white sands of Pensacola Beach stand out in this Landsat 9 image of the Florida Panhandle of the United States, with Panama City visible under some popcorn-like clouds. Landsat and other remote sensing satellites help to track changes to US coastlines, including urban development and potential impacts of rising sea levels. From Oct. 31, 2021, the first day of data collection for Landsat 9. 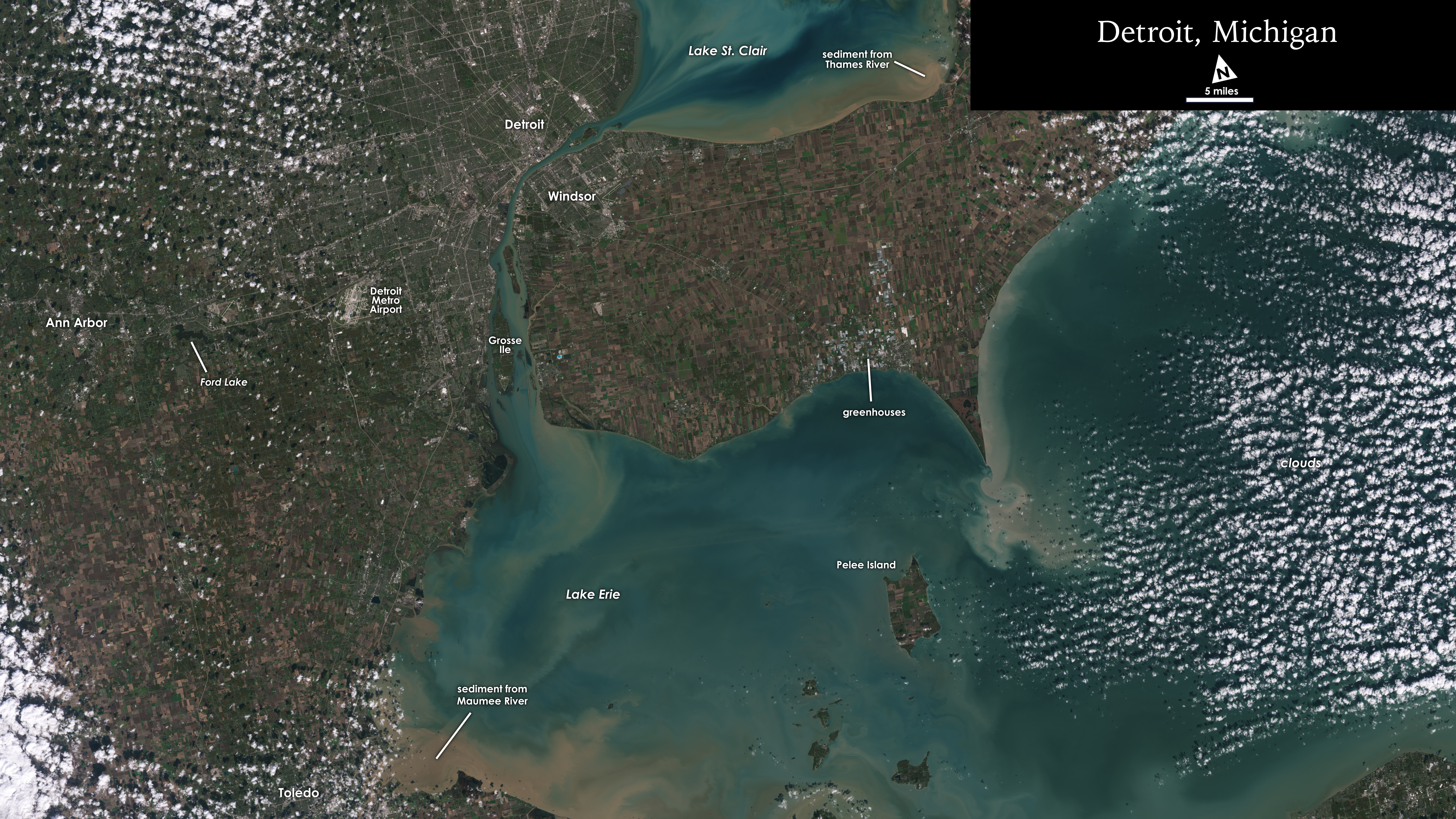 Download Options
Detroit and Lake Erie -- Sediments swirl in Lake Erie and Lake St. Clair in this Landsat 9 image of both Detroit, Michigan, and Windsor, Ontario, from Oct. 31, 2021. The Great Lakes serve as sources of freshwater, recreational activity, transport, and habitat for the upper-midwestern US, and water quality remains a high priority. In warmer months, Landsat 9 observes swirls of green algae which can become harmful algal blooms. Landsat 9 will be able to help scientists and resource managers identify those blooms early, identifying areas to test further. 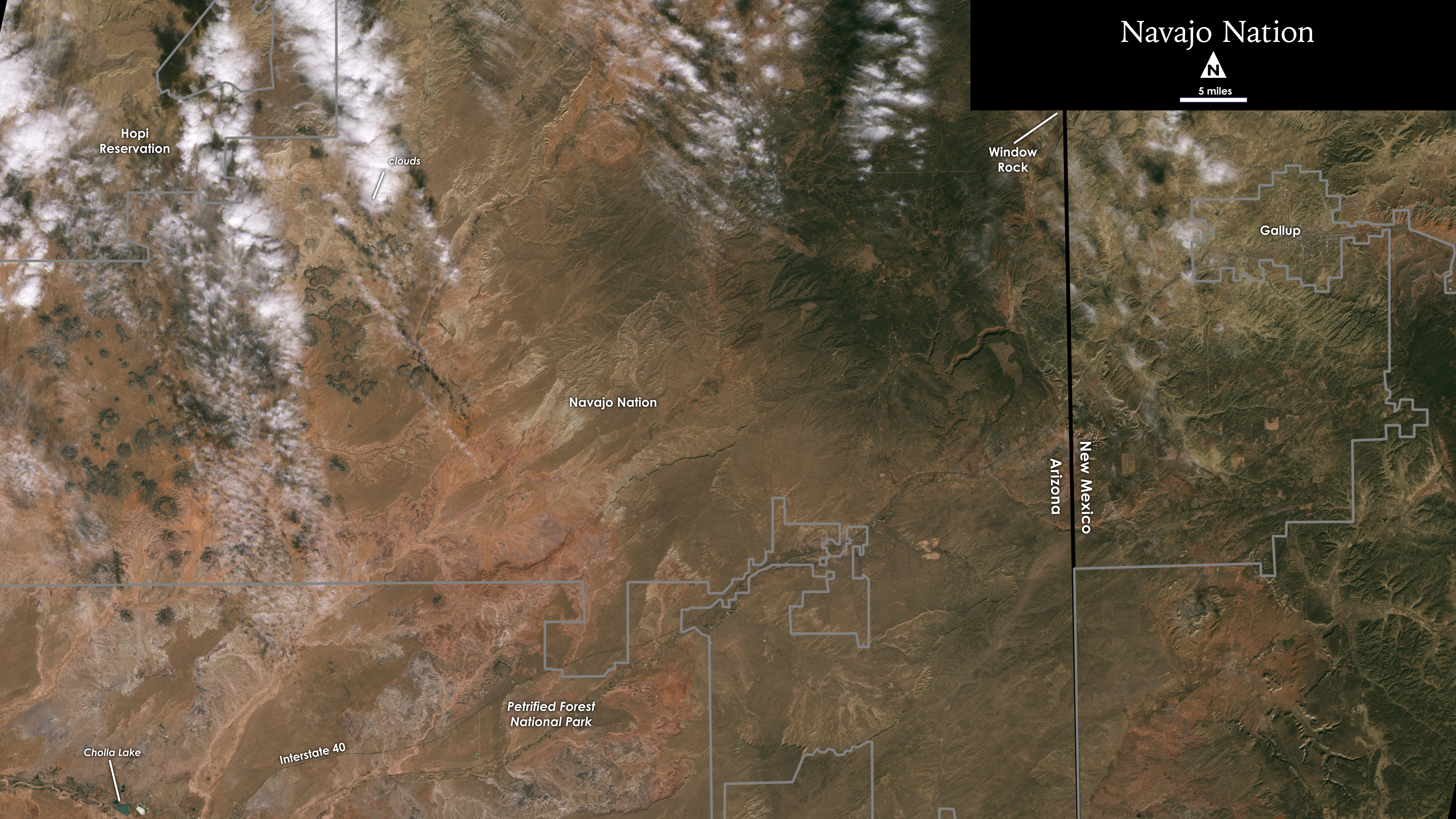 Download Options
The Dry Southwest U.S. -- In the Western U.S., in places like the Navajo Nation as seen in this Landsat 9 image, Landsat and other satellite data helps people monitor crop health and help manage irrigation water. With only 85 rain gauges to cover more than 27,000 square miles, satellite data and climate models are filling the gaps to help the Navajo Nation monitor drought severity. 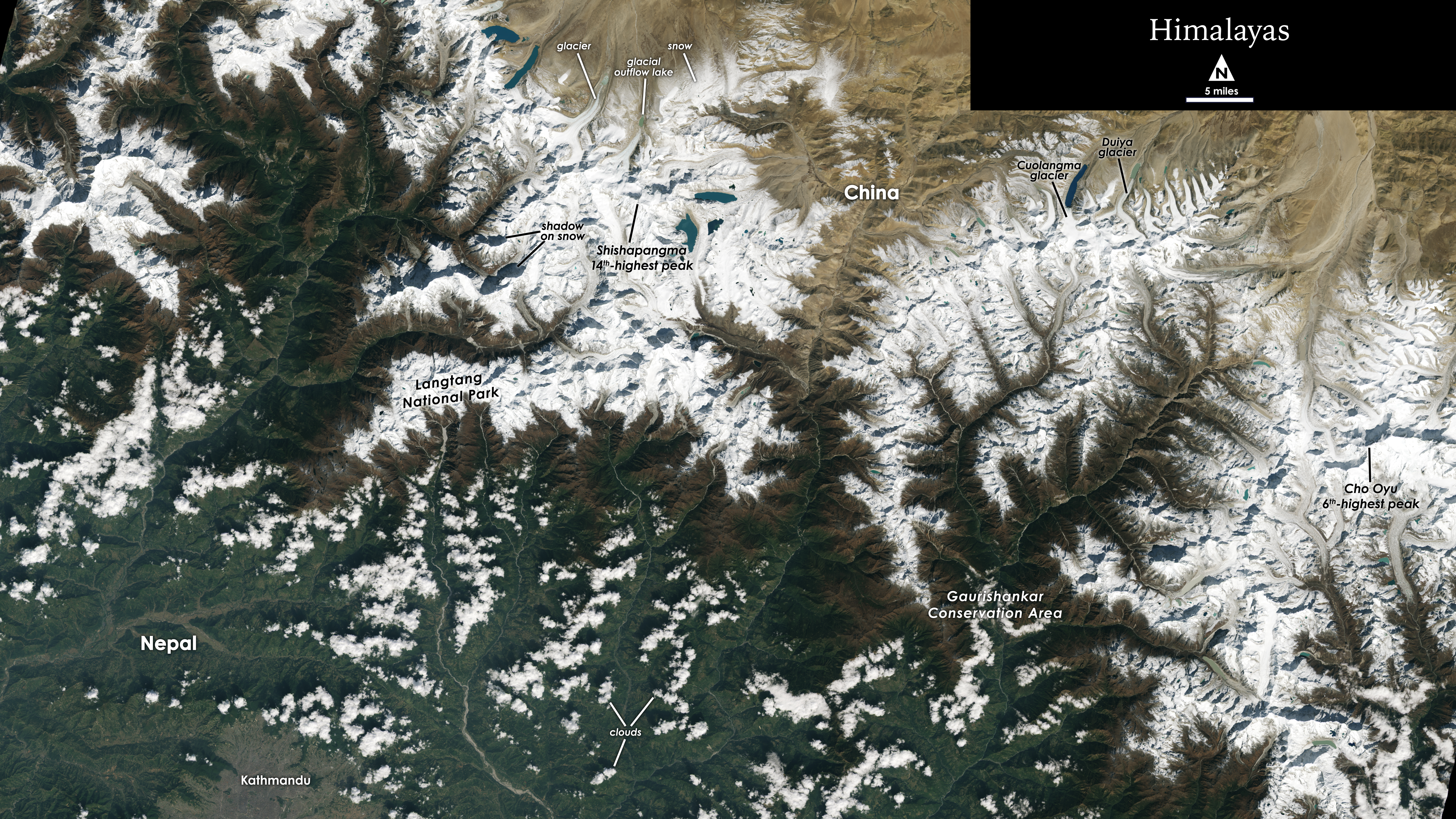 Download Options
The Himalayas -- The city of Kathmandu, Nepal, seen at the bottom left of this Landsat 9 image, lies in a valley south of the Himalayan Mountains between Nepal and China. Glaciers, and the lakes formed by glacial meltwater, are visible in the top middle of this image. In High Mountain Asia, many communities rely on meltwater from glaciers – and Landsat can help track how those glaciers are changing in a warming climate. Previous studies with Landsat have documented shrinkage of Himalayan glaciers, as well as changing lake levels the adjacent Tibetan plateau. From Oct. 31, 2021, the first day of data collection for Landsat 9. 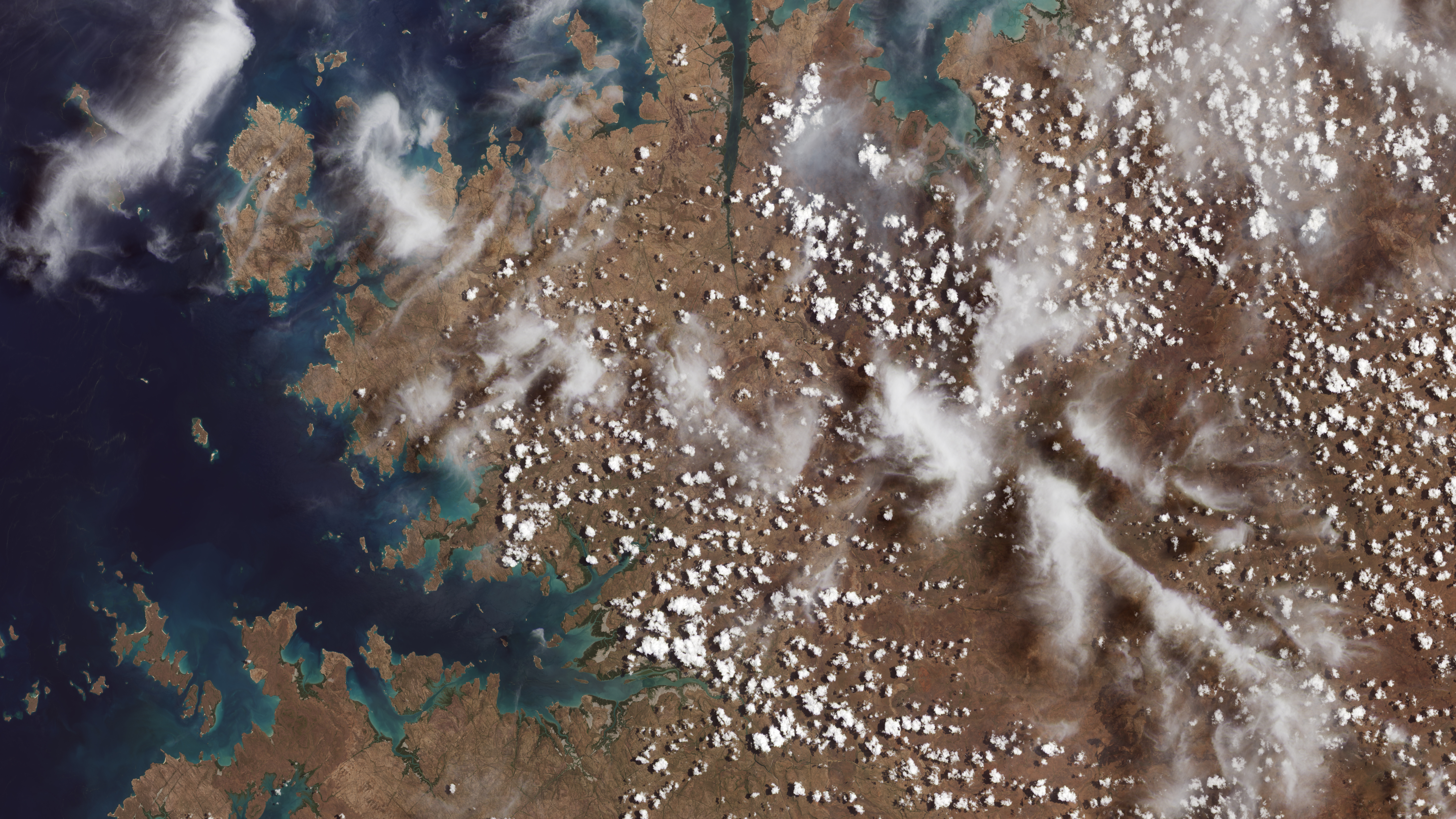 Download Options
Western Australia -- The first image collected by Landsat 9, on Oct. 31, 2021, shows remote coastal islands and inlets of the Kimberley region of Western Australia. In the top middle section of the image, the Mitchell River carves through sandstone, while to the left Bigge Island and the Coronation Islands stand out in the Indian Ocean. Australia is a major international partner of the Landsat 9 program, and operates one of the Landsat Ground Network stations in Alice Springs. 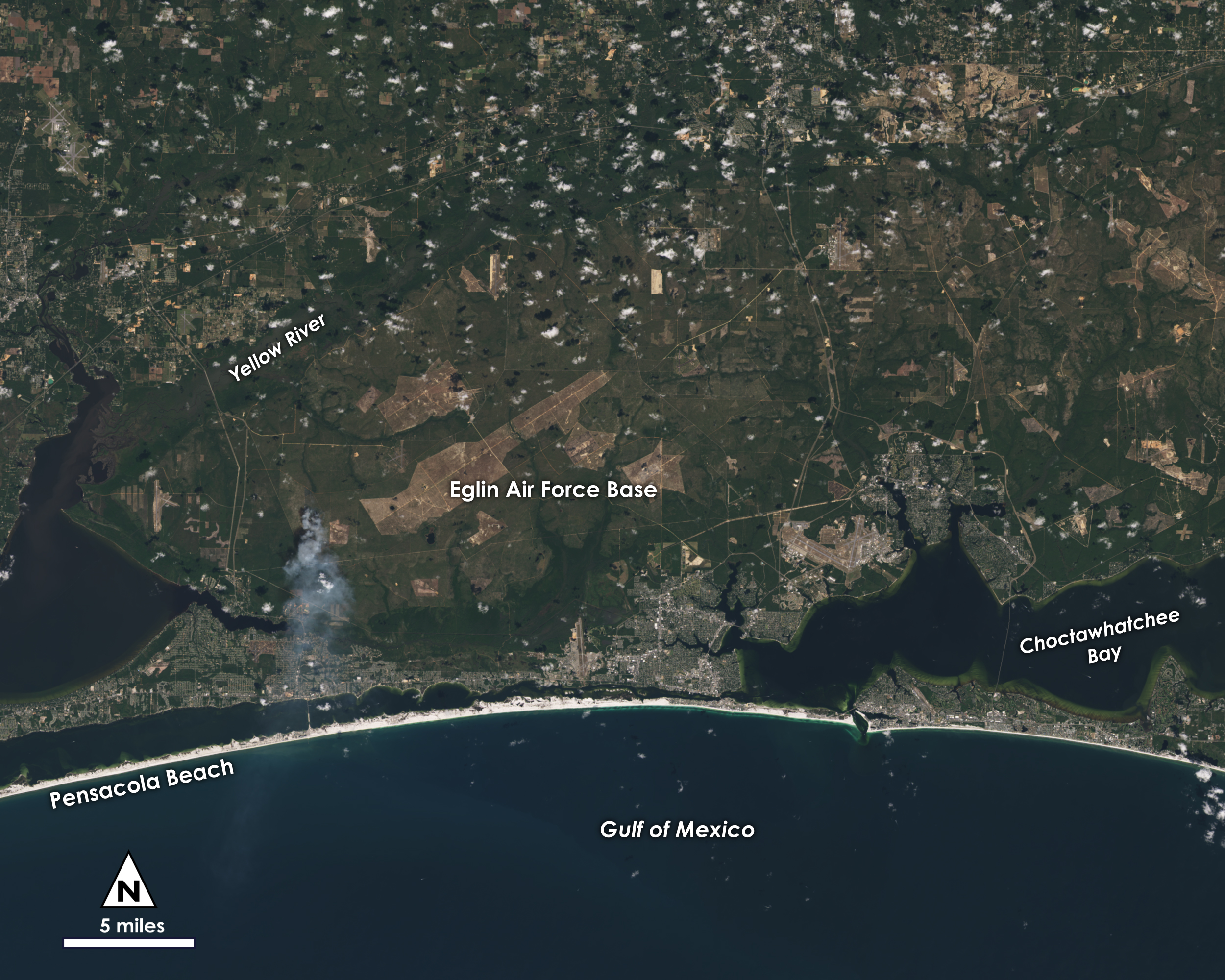 Download Options
In the Florida Panhandle of the United States, a line of white sand runs along the the Gulf of Mexico. Landsat and other remote sensing satellites help to track the long-term impacts of climate change, including how rising seas could impact coastal communities. The smoke from a small fire is visible on the left side of this Landsat 9 image from Oct. 31, 2021, its first day of data acquisition. 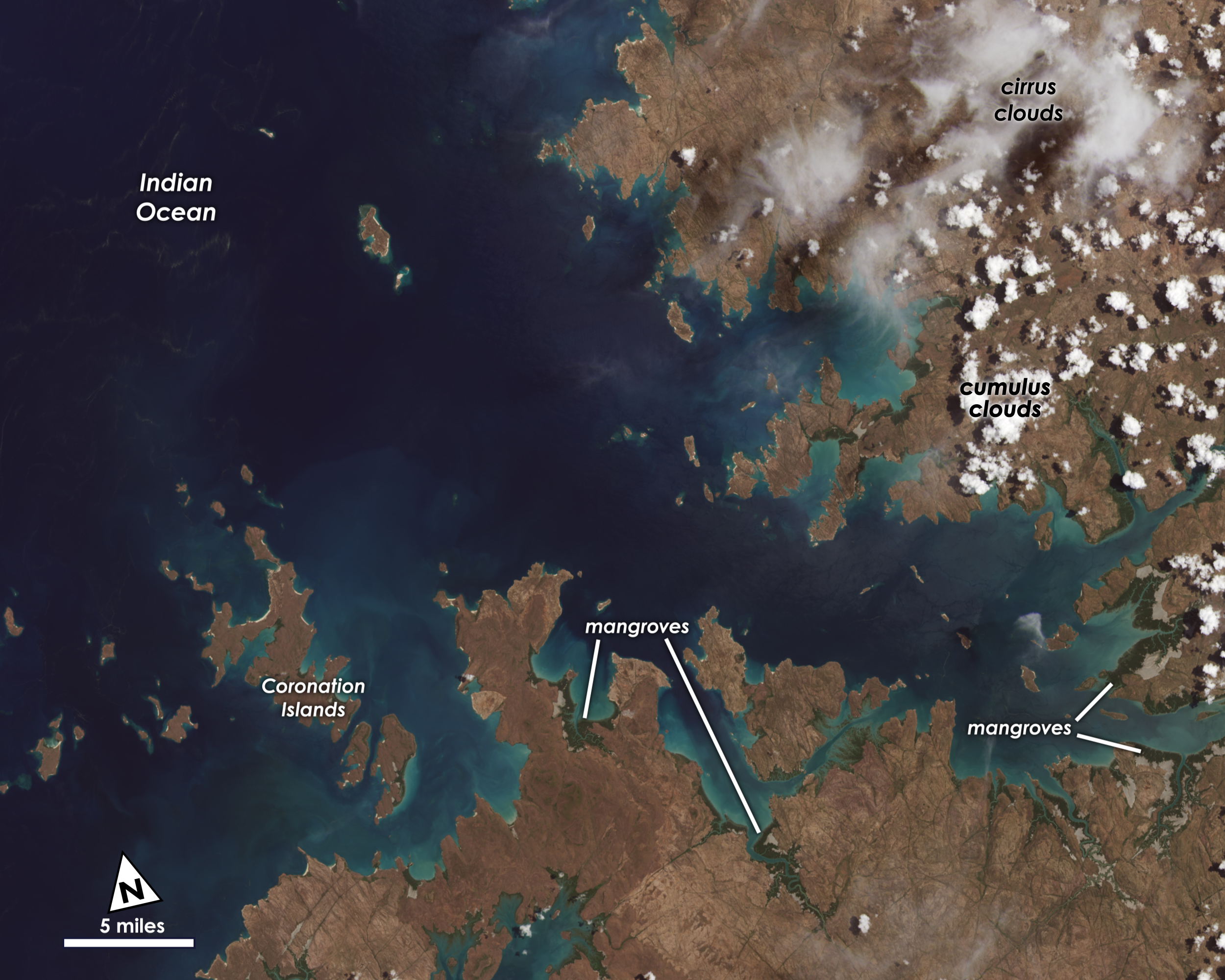 Download Options
Australia's Kimberley Coast -- Mangroves are prominent along the northwest coast of Australia. The first image collected by Landsat 9, on Oct. 31, 2021, shows mangroves clustered in protected inlets and bays on the edge of the Indian Ocean. Fluffy cumulus clouds and high-altitude cirrus clouds hover nearby. The aqua colors of the shallow near-shore waters give way to the deep, dark blues of the ocean.

Please give credit for this item to:
NASA's Goddard Space Flight Center, using data from the U.S. Geological Survey

This item is part of these series:
Images of Earth and Space
Landsat