Released on October 28, 2021
Download Options
Brighter than a shimmering ghost, faster than the flick of a black cat’s tail, the Sun cast a spell in our direction, just in time for Halloween. This imagery captured by NASA’s Solar Dynamics Observatory covers a busy few days of activity between Oct. 25-28 that ended with a significant solar flare.

From late afternoon Oct. 25 through mid-morning Oct. 26, an active region on the left limb of the Sun flickered with a series of small flares and petal-like eruptions of solar material.

Meanwhile, the Sun was sporting more active regions at its lower center, directly facing Earth. On Oct. 28, the biggest of these released a significant flare, which peaked at 11:35 a.m. EDT.

Music: "Immersion" from Above and Below. Written and produced by Lars Leonhard 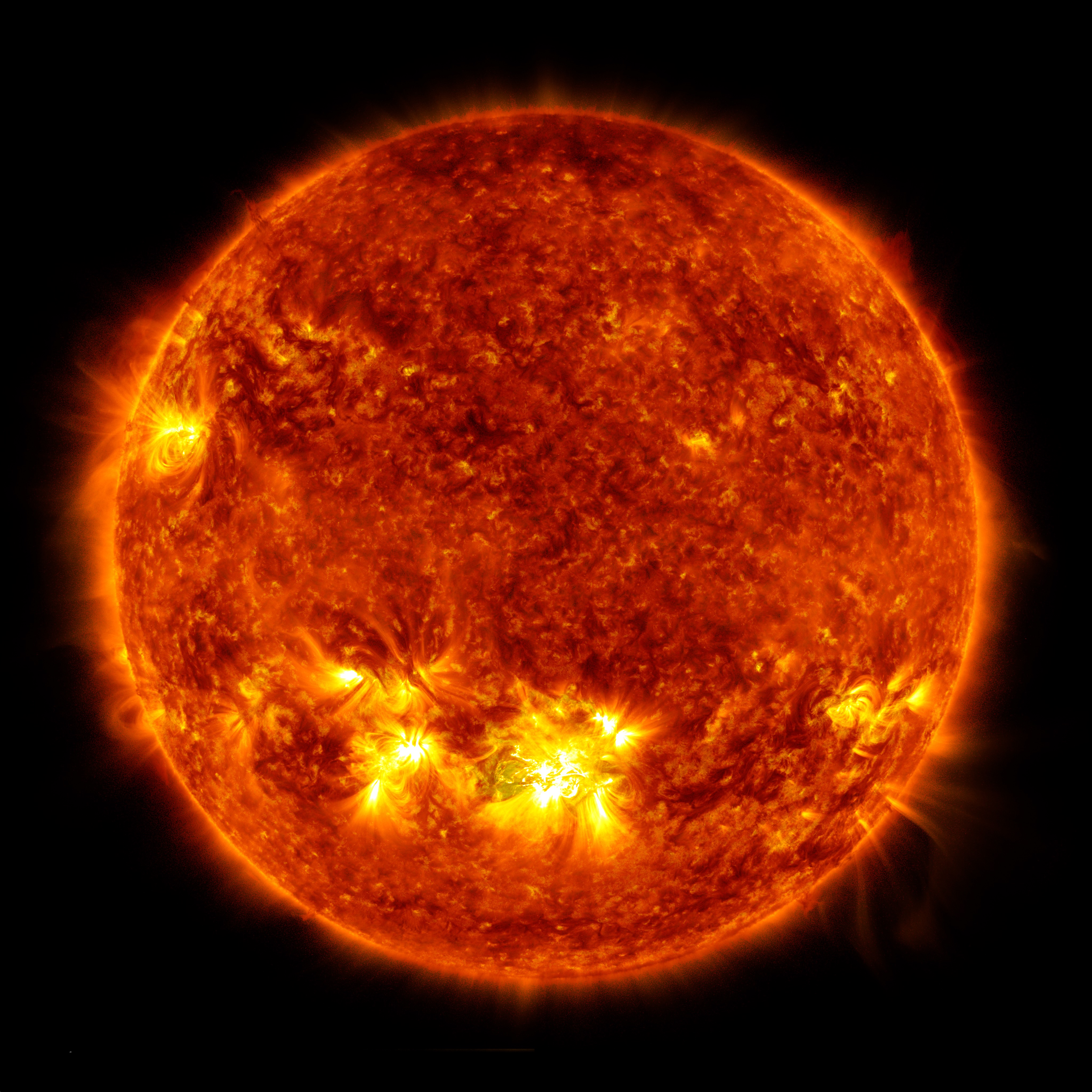 Download Options
An X1.0 class solar flare flashes in center of the Sun on Oct. 28, 2021. This image was captured by NASA's Solar Dynamics Observatory and shows a blend of light from the 171 and 304 angstrom wavelengths. 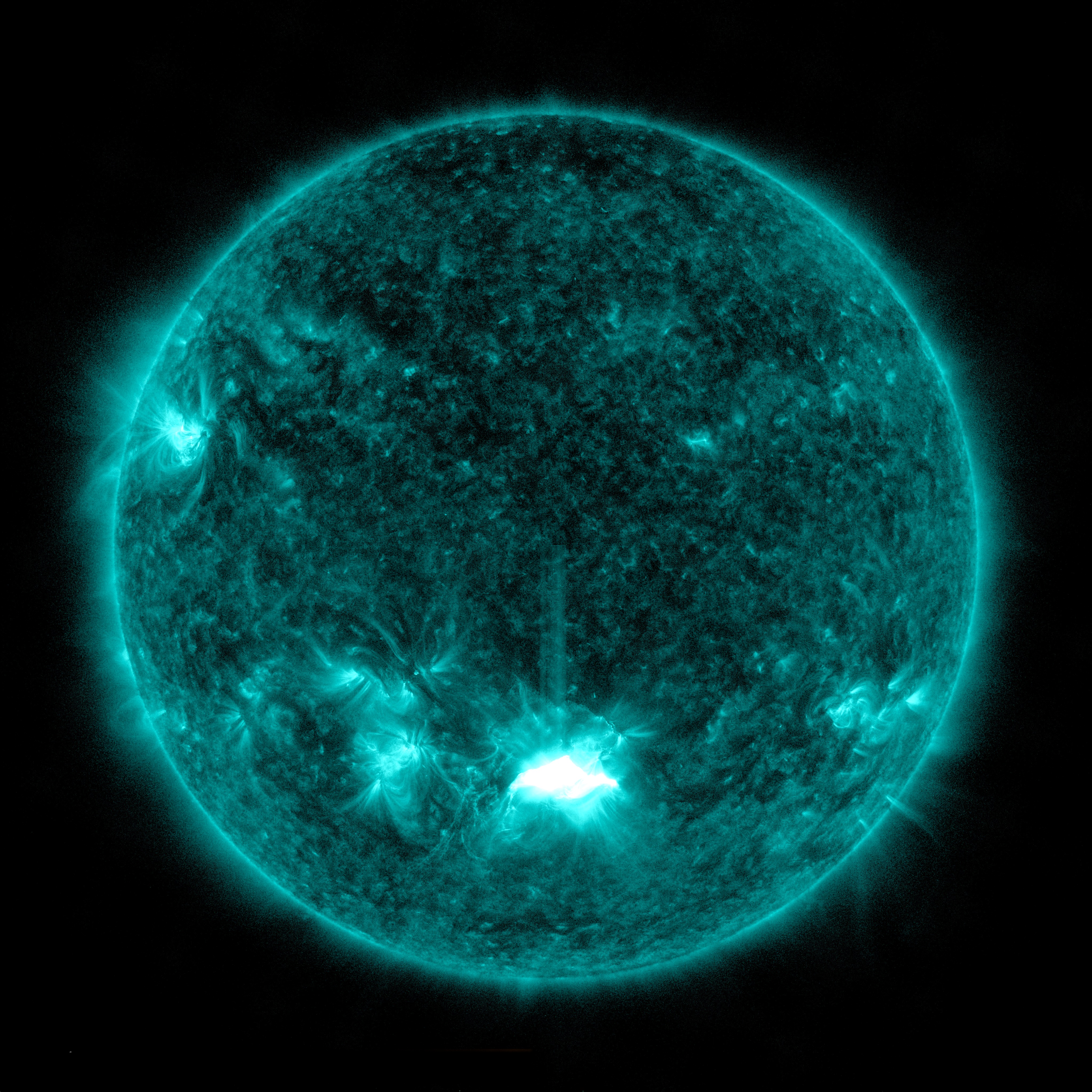 Download Options
NASA's Solar Dynamics Observatory captured this image of a solar flare — as seen in the bright flash at the Sun’s lower center — on Oct. 28, 2021. The image shows a subset of extreme ultraviolet light that highlights the extremely hot material in flares and which is colorized here in teal. 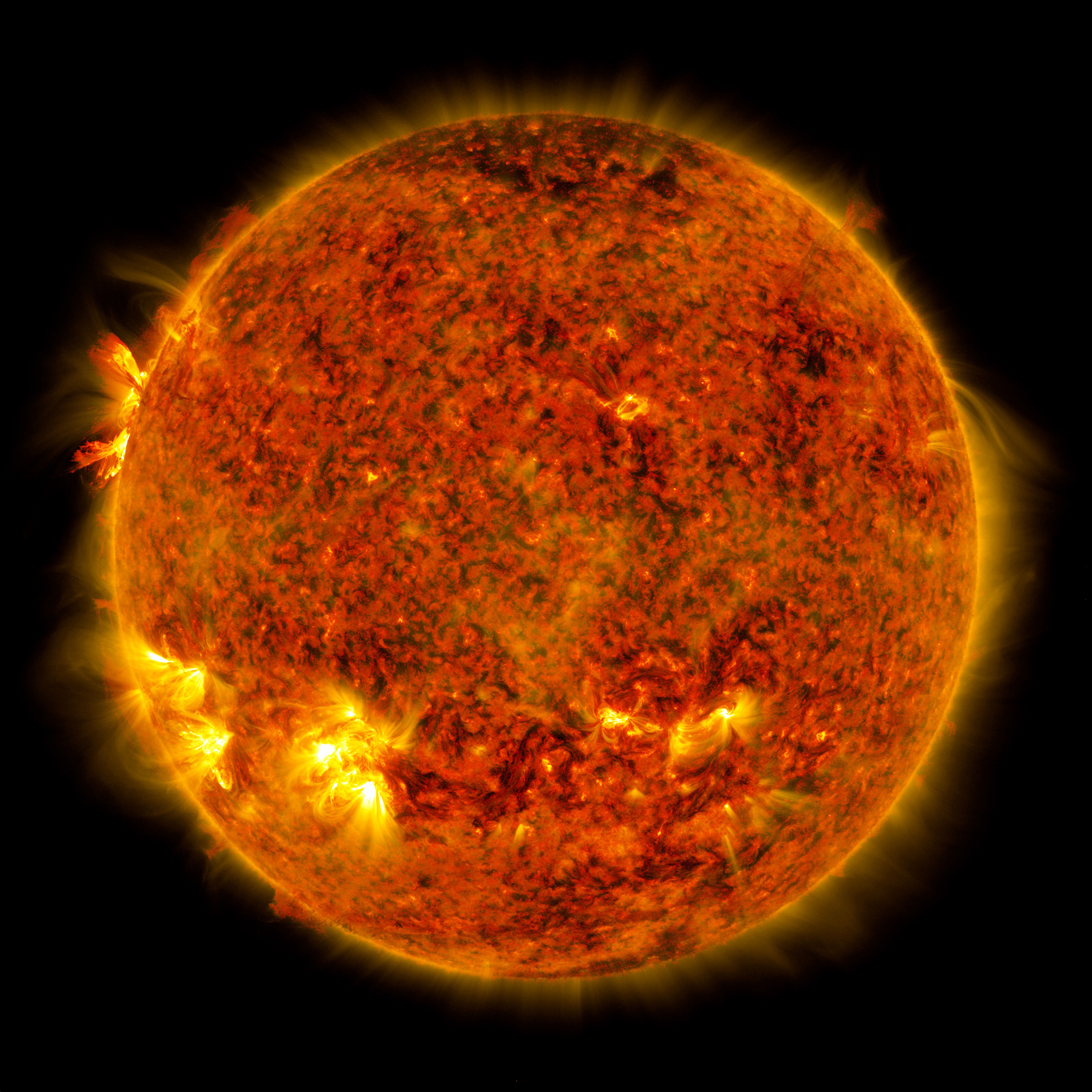 Download Options
Activity on the edge of the Sun on Oct. 25, 2021. This image was captured by NASA's Solar Dynamics Observatory and shows a blend of light from the 171 and 304 angstrom wavelengths.

Download Options
Footage of the October 25-26th activity captured by the Solar Dynamics Observatory in extreme ultraviolet light (171 angstrom wavelength). The footage is rotated to show more of the activity in a widescreen format.

JOINT SCIENCE OPERATIONS CENTER - 2021-10-28T12:30 to 2021-10-28T23:00UT
http://jsoc.stanford.edu/
view all stories where this data set is used
Note: While we identify the data sets used in these visualizations, we do not store any further details nor the data sets themselves on our site.