An animated illustration of magnetospheric waves, in light blue. At the front of the magnetosphere, these waves appear to be still.

An animated illustration of magnetospheric waves, in light blue. At the front of the magnetosphere, these waves appear to be still. 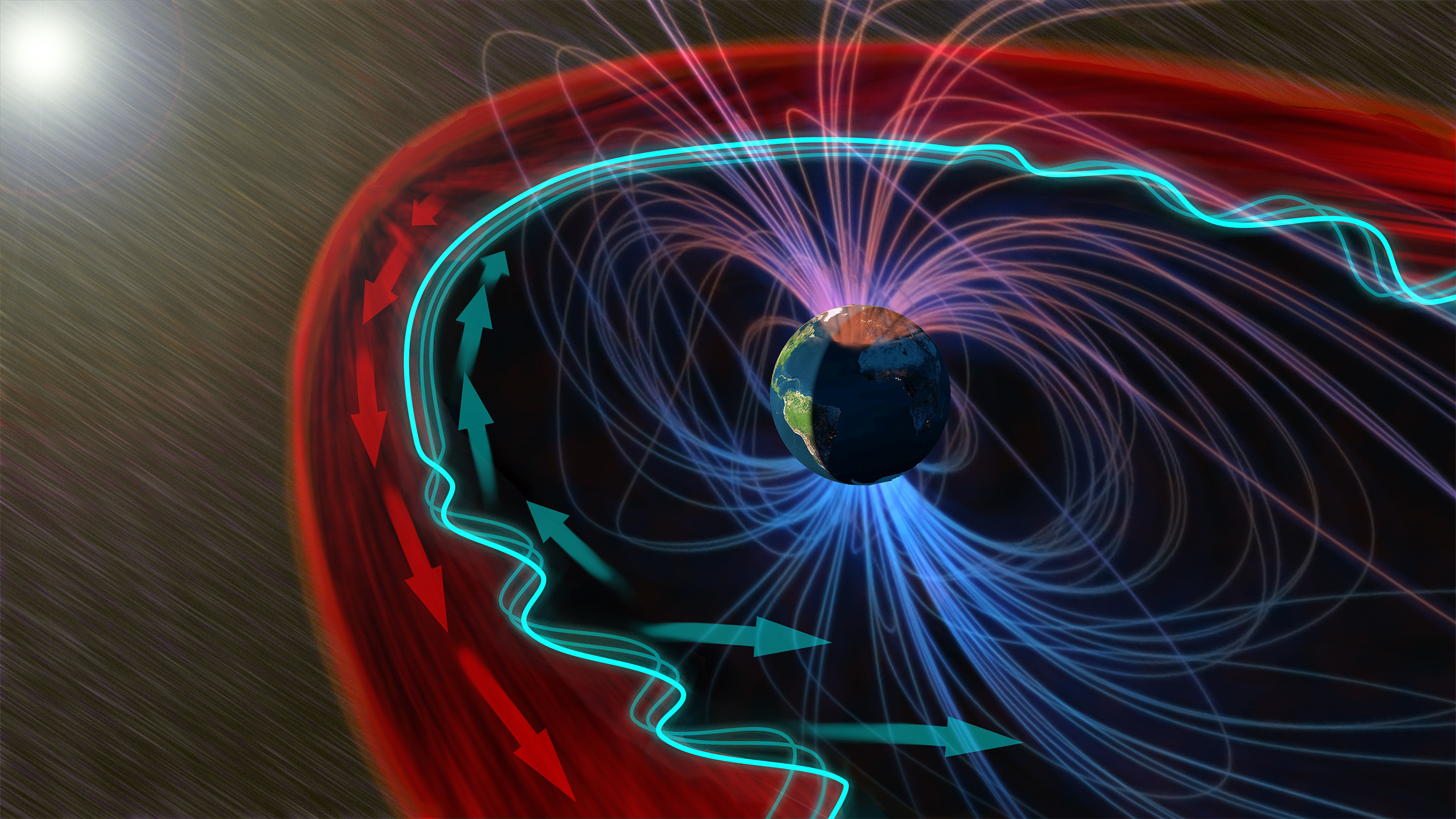 An illustration of magnetospheric waves, in light blue. At the front of the magnetosphere, these waves appear to be still.

In this video, you can see and listen to standing waves at the edge of the magnetosphere. Data from the model has been translated into audio frequencies and stretched in time. The video shows Earth's magnetosphere depicted as a thick black line, surrounding Earth, which is represented by a black-and-white circle for night and day. The left panel of the video shows a view looking down on Earth's north pole. The right panel presents a view that slices through Earth's magnetosphere, down the north and south poles.

The colors in the video indicate the strength of the magnetic field within the magnetosphere, which changes as it vibrates. Red shows where the magnetic field grows stronger, while blue shows where it weakens. The strong colors at the beginning of the video are associated with the traveling waves that form immediately after a powerful punch from the solar wind. Around 15 minutes, the movement slows, and the red-and-blue pattern persists—these are the standing waves.

The audio conveys the sound of the magnetosphere as its edge vibrates like a drum, following a strong pulse from the solar wind. After the strike from the solar wind, you first hear higher-frequency waves. The high-pitch audio soon dies out and is quickly replaced by a lower pitch—the standing waves that persist longer at the edge of the magnetosphere.